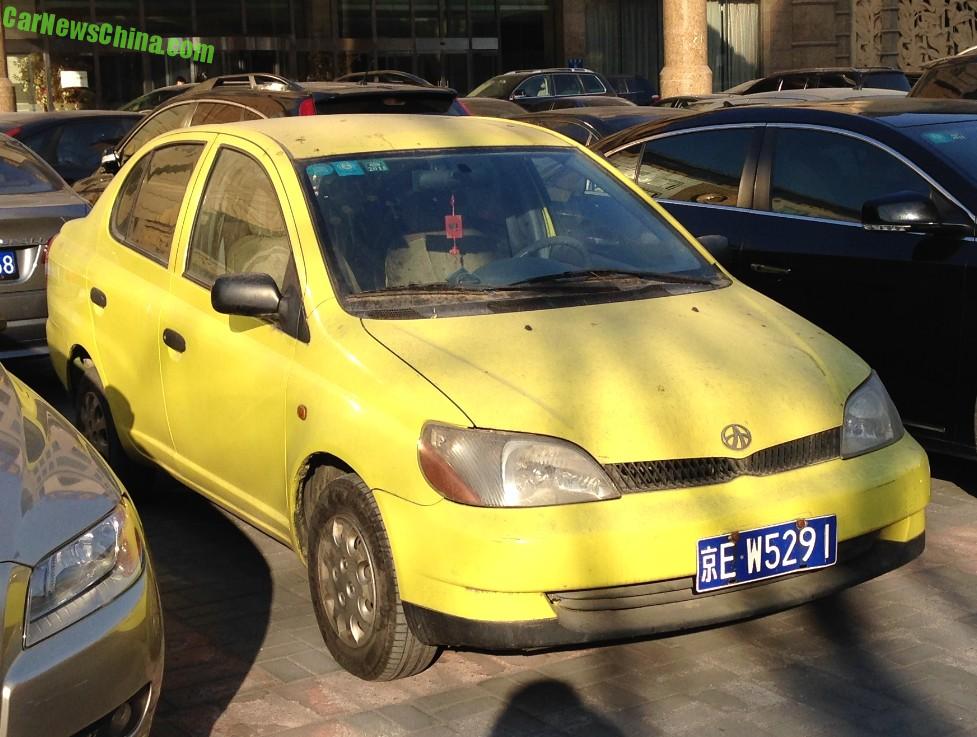 A mellow yellow Xiali TJ2000 sedan, Spotted in China in the Fangzhuang residential area in southwest Beijing. The good Xiali was dirty and dusty but overall in a fine shape. Nothing was broken, all seemed original, and not a spat of rust inside. The Xiali 2000 was manufactured from 2000 until 2004 by Tianjin-Xiali, a subsidiary of First Automobile Works (FAW). 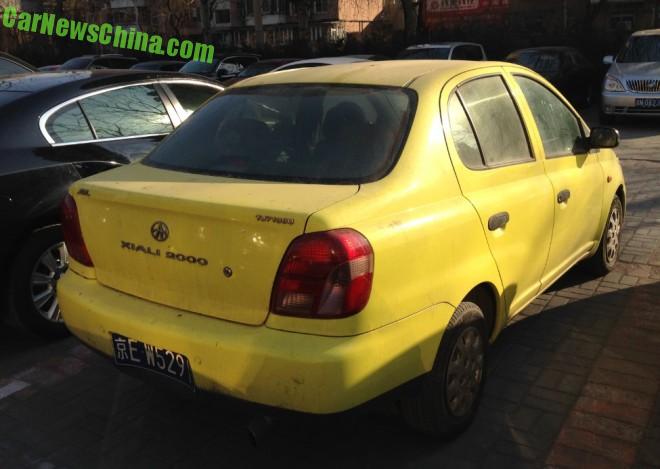 The Xiali 2000 was based on the 1999-2005 Toyota Yaris sedan (aka Toyota Platz, aka Toyota Echo), is was manufactured in the city of Tianjin under a license agreement with Toyota. In 2005 the Xiali 2000 received a major facelift and was renamed Xiali Vela. The Vela, thus still based on the 1999 Yaris, subsequently received a facelift in 2008 and continued all the way until 2012.

The official designation was TJ7136U. TJ stands for Tianjin. 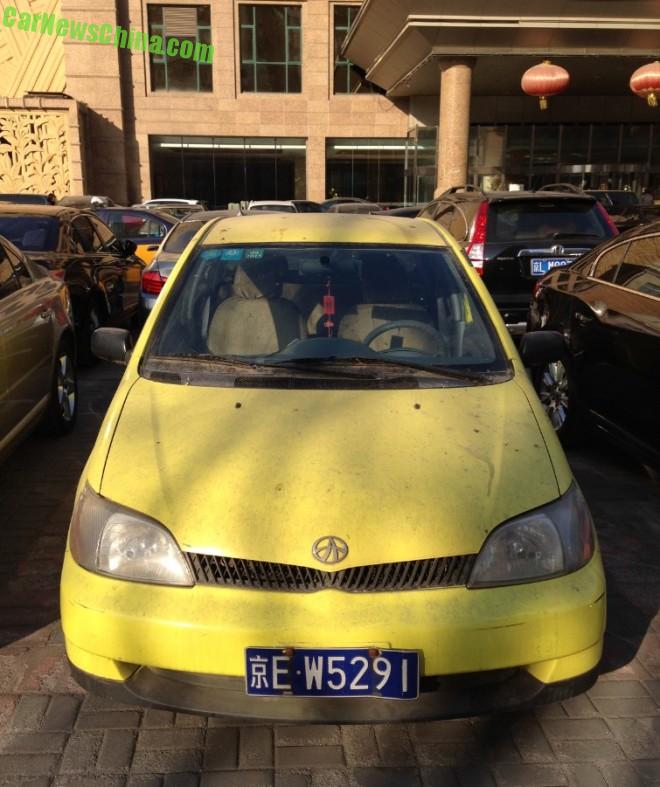 License plate is a period oldie. 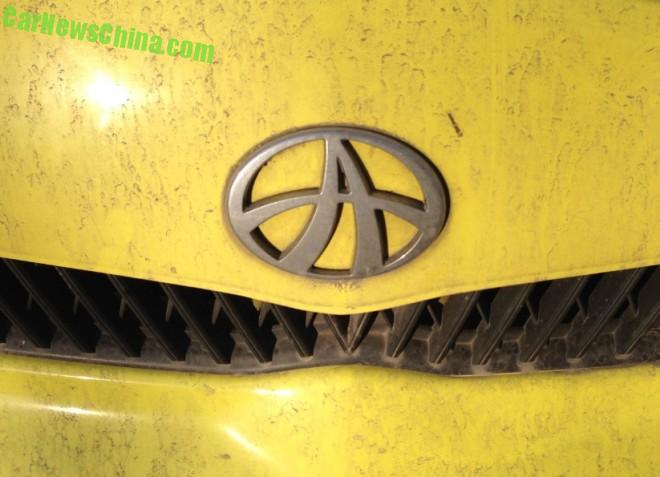 The Xiali logo. It depicts an A crossed by a road. The ‘A’ stands for ‘A-class’ vehicles, top class, the best; which was what Xiali set out to build. The road stands for ‘public roads’, symbolizing China’s progress. 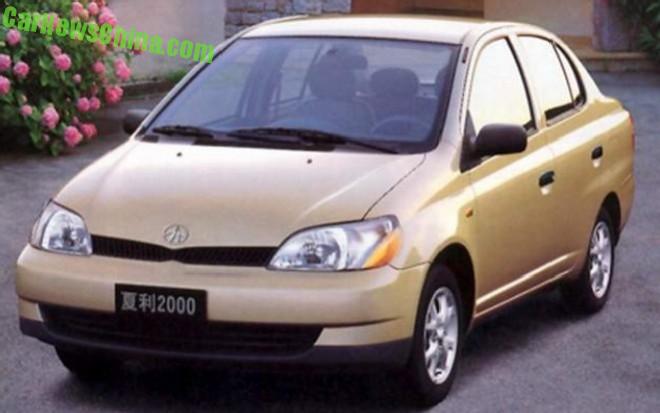 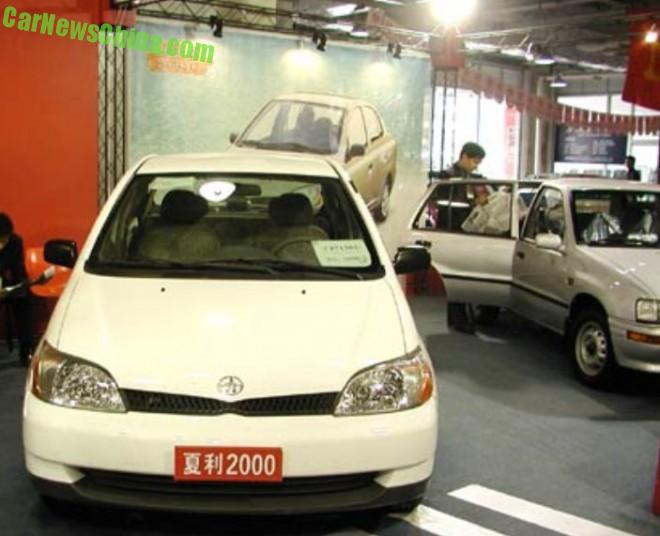 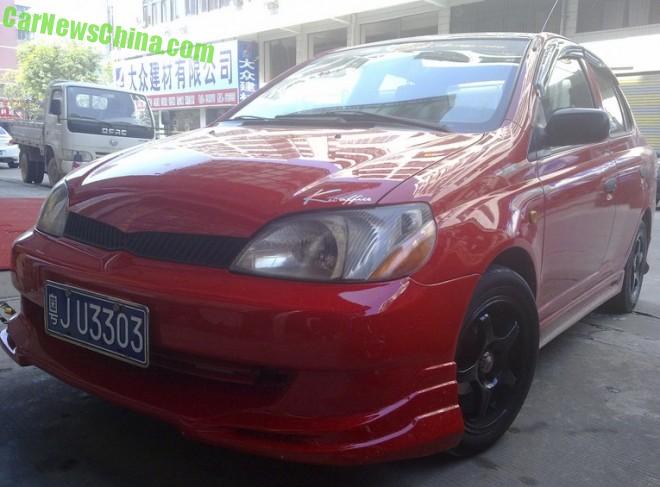 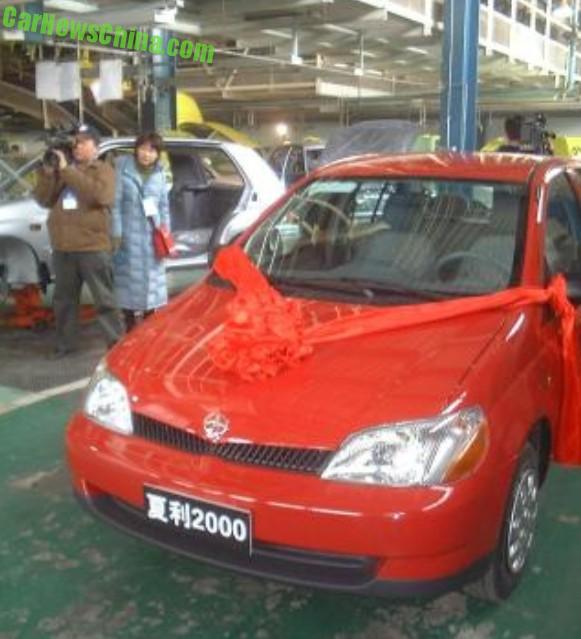 At the Xiali factory. 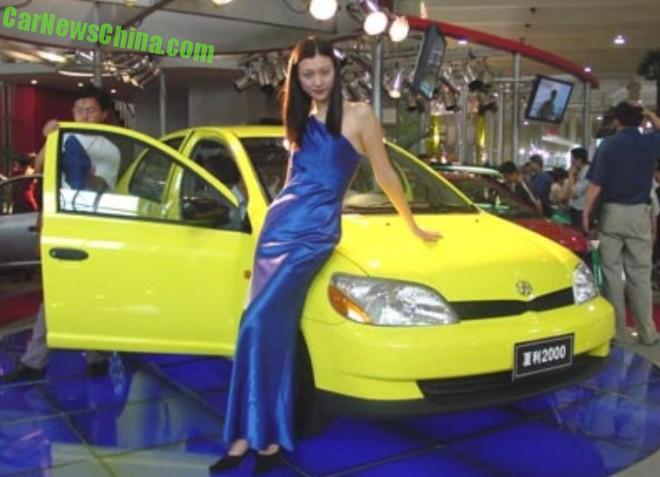 With a beautiful babe, in blue.