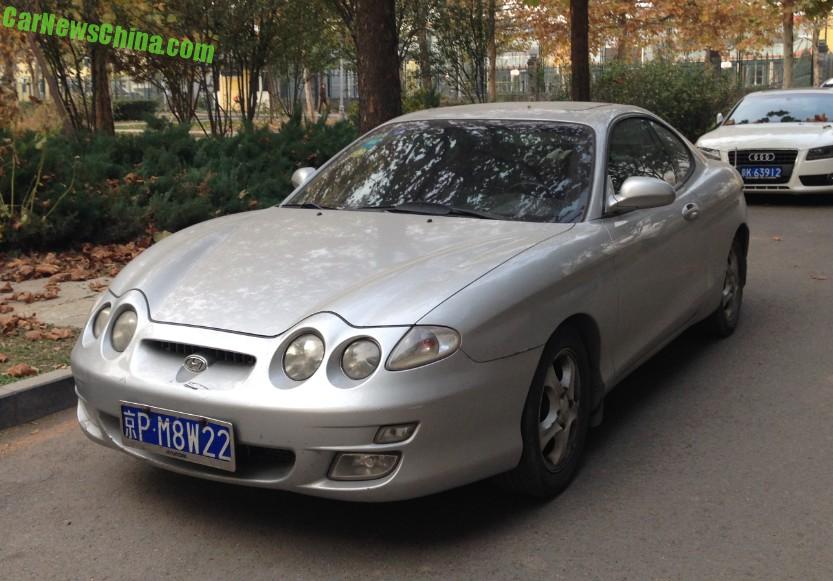 A sliver gray Hyundai Tiburion, Spotted in China in the Dongba area in far east Beijing. The sporty Korean was in very good shape with a clean body, no dents or rust, and everything appeared to be original. The first generation Tiberian was manufactured from 1996 until 2002, with a major facelift in 1999, this is a facelifted car.

The Hyundai Tiburion has always been an oddly shaped car, with all sorts of round and oval shapes somehow coming together, but time has done the vehicle many good, and one could almost call it refreshing today, looking like noting else on the road. The Tiburion was available with three engines; a 11ahp 1.6, a 130hp 1.8, and a 140hp 2.0, all mated to a five-speed manual or a four-speed automatic with an overdrive.

Best for Lest: in South Korea, the facelifted first generation Tiburon was marketed as the “Tiburon Turbulence”. Yeah!