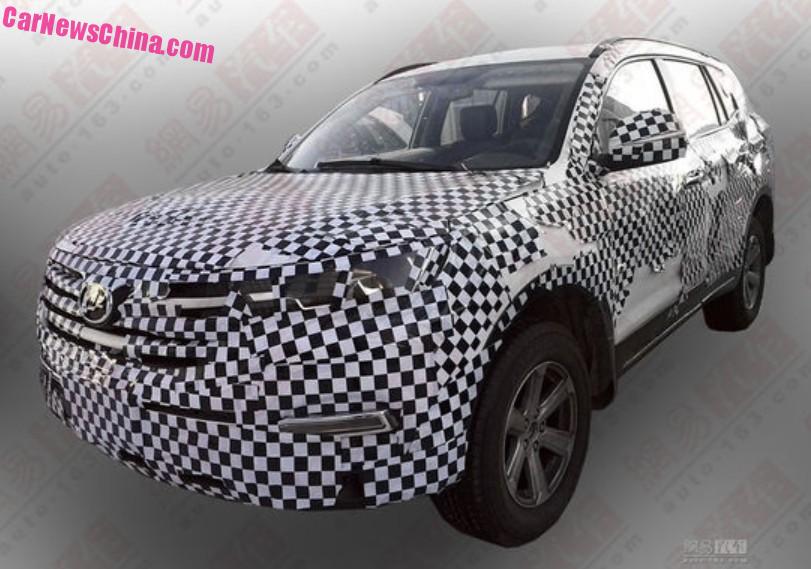 The very first Spy Shots of the Lifan X80 SUV, the largest vehicle ever developed by the Lifan brand. The Lifan X80 is a brand new mid-sized SUV for China. It will debut, likely as a concept, on the 2015 Shanghai Auto Show in April with a launch on the Chinese car market scheduled for the fourth quarter of this year.

Somewhat chunky looking dash with a large LCD screen on top of the center console and a wide center tunnel. The Lifan X80 will be available with two engines: a Mitsubishi-sourced Sirius 4G64 2.4 liter four-cylinder with about 165hp, and a self-developed 2.0 turbo with about 200hp. The Mitsubishi Sirius engine is still going strong in China, it is manufactured by the Shenyang Aerospace Mitsubishi Motors Engine Manufacturing Corporation and powers a greay many Chinese SUV’s, MPV’s, and pickup trucks. 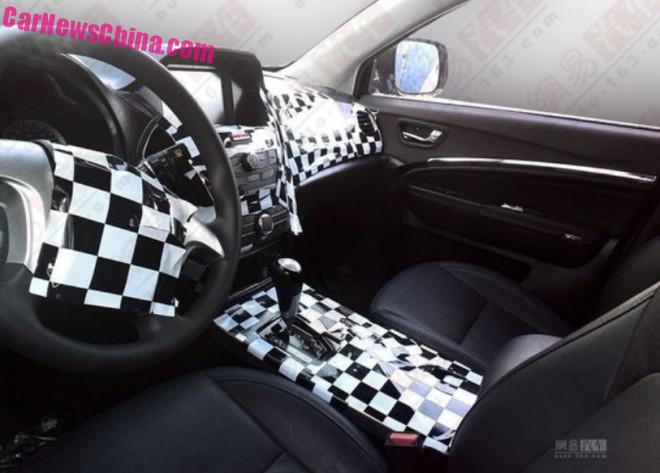 The 2.4 will be mated to a five-speed manual or a six-speed automatic, and the 2.0 turbo will be six-speed automatic only. No word on money yet but price for a vehicle this size with these engines should start around 120.000 yuan and end around 160.000 yuan. The X80 will compete directly with the recently launched Geely Emgrand GX9 Pride, which is powered by the very same Mitsubishi 2.4 liter Sirion engine. 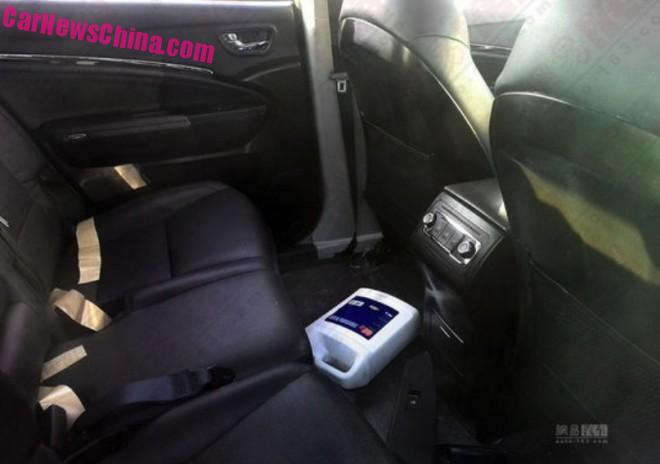 Lots of space in the back. 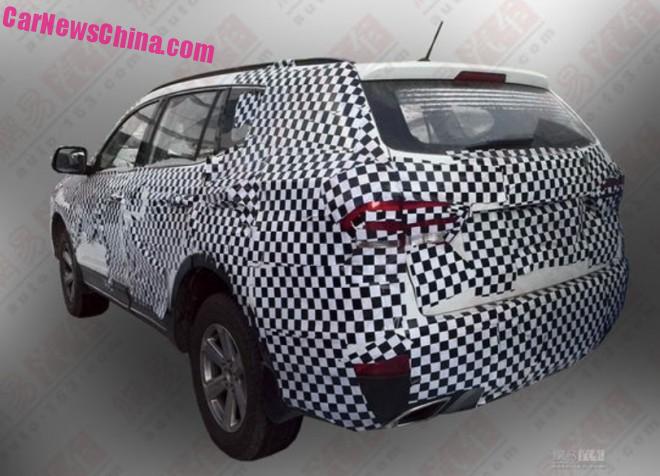 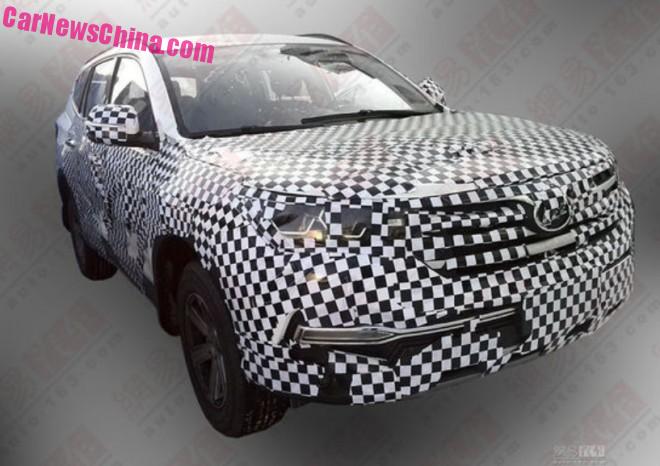 Lifan logo already on the grille, indicating the development process is in an advanced stage. Grille will be big with three horizontal bars and a lot of chrome, and another chrome bar just above the bumper.