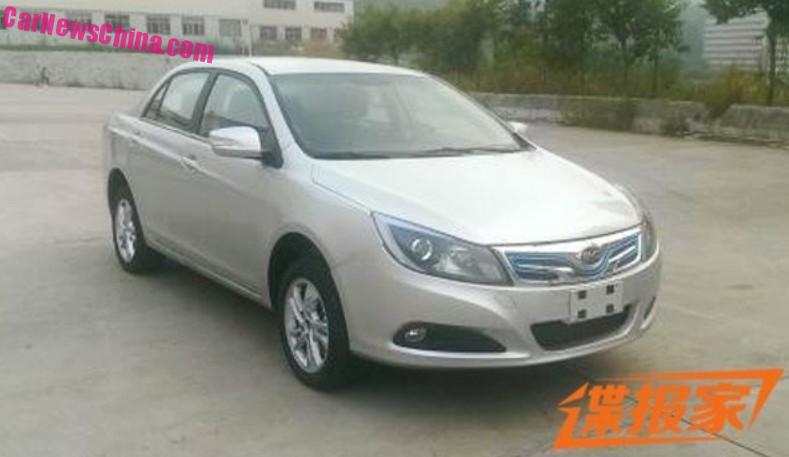 This is the new BYD E5, an electric car based on the petrol-powered BYD Su Rui sedan. The BYD E5 will debut on the Shanghai Auto Show in April and launch on the Chinese car market in the second half of the year. It will only be the second full-electric car in BYD’s line-up after the aging BYD e6.

This is the petrol powered Su Rui. It was launched in August 2012 and became famous worldwide because it was, and still is, the first car to feature a remote control system. Two engines: a 109hp 1.5 mated to a five-speed manual or a six-speed DCT,  and a 154hp 1.5 turbo which only goes with the DCT. Current price starts at 65.900 yuan and ends at 99.900 yuan. 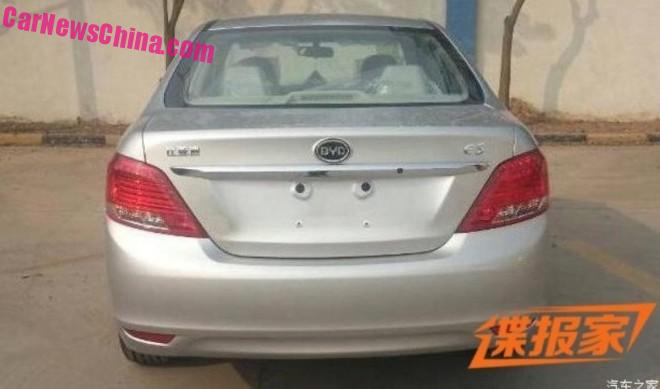 Note E5 badge on the right. With a capital E. Whereas the e6 comes lower case.

The E5 will be powered by an electric motor with an output of 107hp mated to a 65aH lithium ion battery. Range will be about 200 kilometer and top speed will hover around 150. Price including subsidies is expected to start around 140.000 yuan.