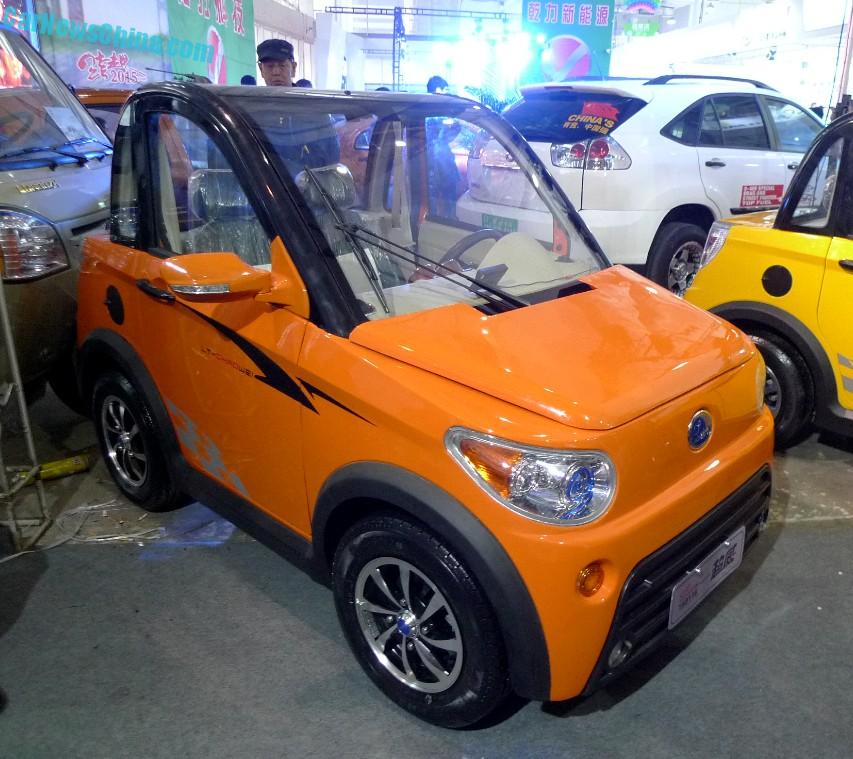 A really racy steering wheel, digital central dial, round air vents with a shiny silver rim, and fake wood. The drive selector is located midships on the center console. The tiny screen atop is not for satnav but for watching MP4 video. A lot of LSEV makers had such little screens, some on some off. At one booth they had it playing Tom & Jerry with four staff members watching inside the car. 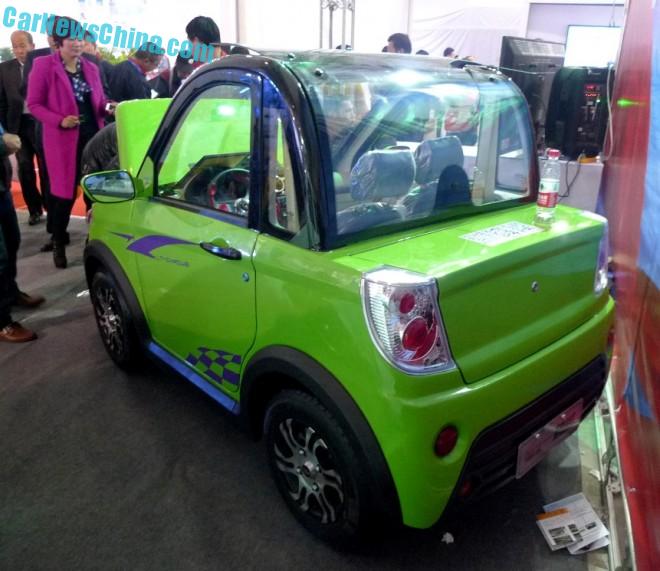 The rear window = the rear of the cabin. The Lutong Chaowei is manufactured by a company called Shandong Guangming Machinery Manufacturing Corporation (web), based in the great city of Tai’an in Shandong Province. Lutom, Lutong in Chinese, is a brand name for a series of four-wheeled electric vehicles. The company also makes electric tricycles under the Landun brand. 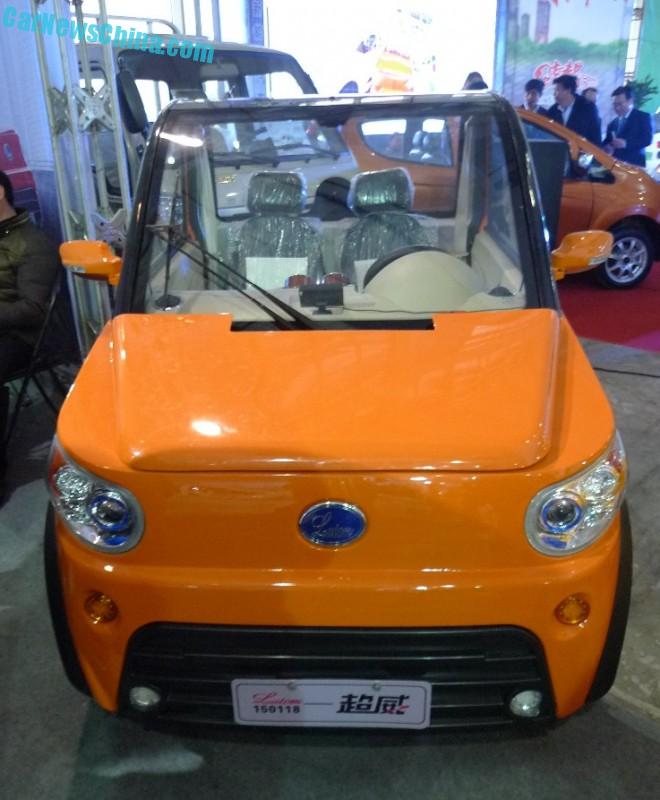 The Chaowei is powered by a tiny electric motor with 3Kw, mated to a lead-acid battery. Top speed is 40 kilometer per hour and range is an impressive 160 kilometer. Charging takes eight hours on 220V. The Chaowei is small: 2330/1280/1350, wheelbase is 1060 and weight is 630 kilo. All specs as claimed by the manufacturer. 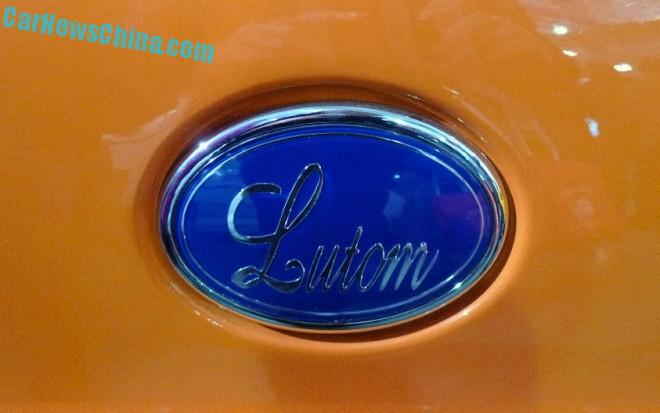 The artistic Lutom logo. On a blue shield. 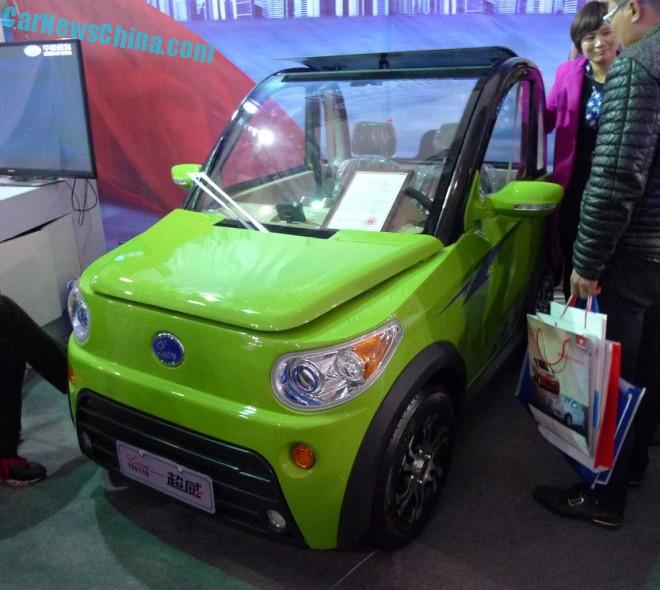 The green car with the sunroof open. Lady in Pink coat was a salesperson, but not really looking like one.