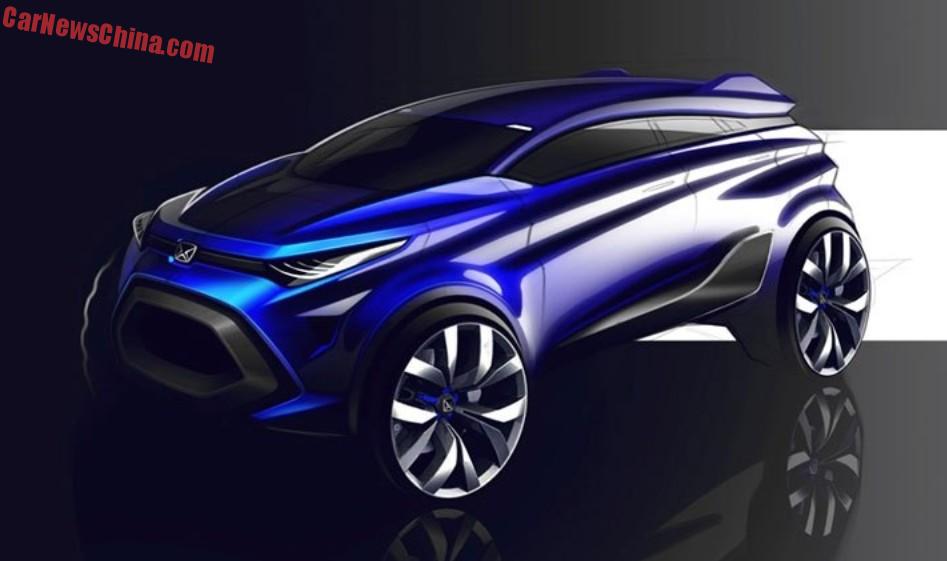 The Jiangling Motor Corporation, or JMC, has released the first official images of the Yuesheng S330 concept for the 2015 Shanghai Auto Show that starts on April 20. The Yuesheng 330 is a futuristic four-seat SUV, looking very ready for rally racing. JAC says some design elements will come back in a new compact SUV that is currently under development. The front looks interesting with a big black, two angry headlight-eyes, and a small logo-nose. Screaming car!

Huge wheels with shiny ten-spoke alloys. Wide door sill with JMC logo. Doors open up and suicide. Four separate seats and a wide center tunnel. Instrument panel all-digital. It is all very conceptual but if this is the general direction where JMC wants to go we cannot be unhappy, just compare this S300 to the current Yusheng SUV. JMC doesn’t say anything about the drivetrain but we bet it will be hybrid-ish.