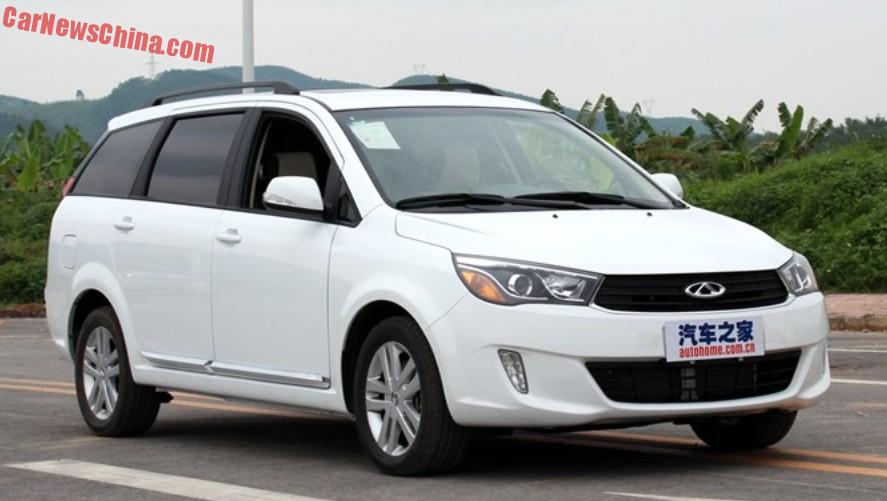 This is the new Chery Arrizo M7 MPV, scheduled for debut on the Shanghai Auto Show later this month with a launch on the Chinese car market in H2. The M7 is the first MPV under the Arrizo brand, and it is a rather odd and old car.

It is basically a facelfited version of the 2011 Chery Rely V5. We saw the first spy shots back in 2013, it was then called Chery V5 because the Rely sub-brand was killed and gone. Nothing happened until 2014 when it popped up as the Fullwin 8, and now it is finally with us as the Chery Arrizo M7.

A central instrument pod with analogue gauges is very 1998, but the LCD screen looks just modern enough. Black over beige with a piano black lower-center console. Two tone seats are a trend these days, and Chery joins in.

The Arrizo M7 will be available with two four-cylinder petrol engines with almost the same output: a 1.8 with 132hp and 172hp, and a 2.0 with 139hp and 182nm, both mated to a six-speed manual or a CVT, sending power to the front wheels.

Chery claims that the Arrizo M7 is a seven-seat MPV with a 2+3+2 configuration. We call it a cramped wagon: 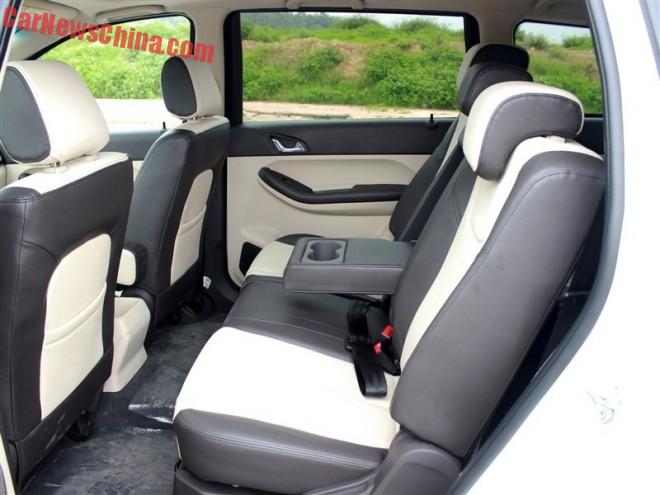 Second row with the middle seat rendered useless by an armrest with two cup holders, but it still has the headrest. 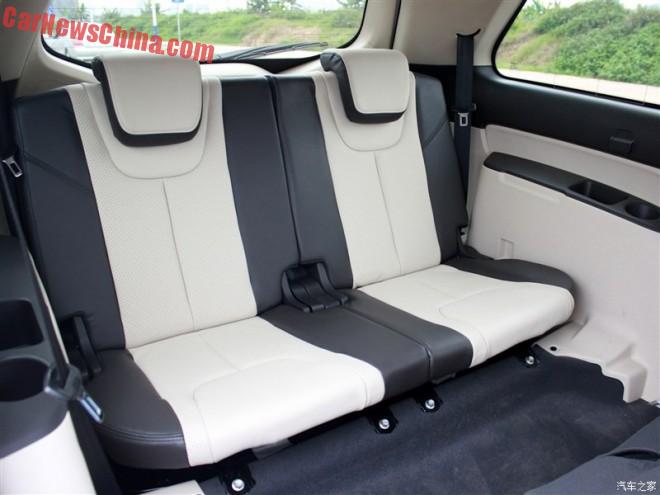 The third row. Space for two if the legs are short. No space for the bags. 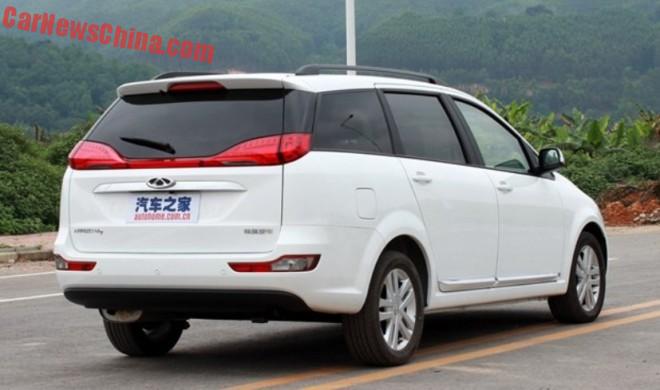 Rear lights located high at the back end, connected, and very red. 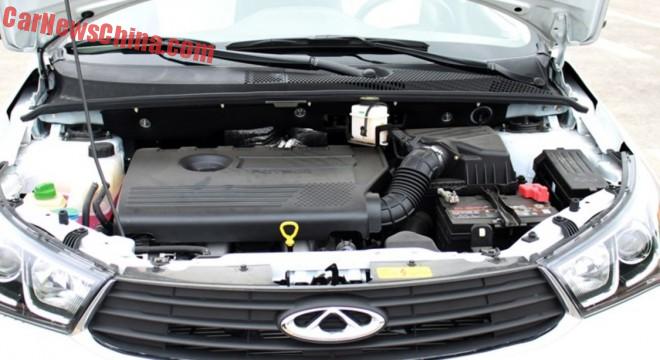 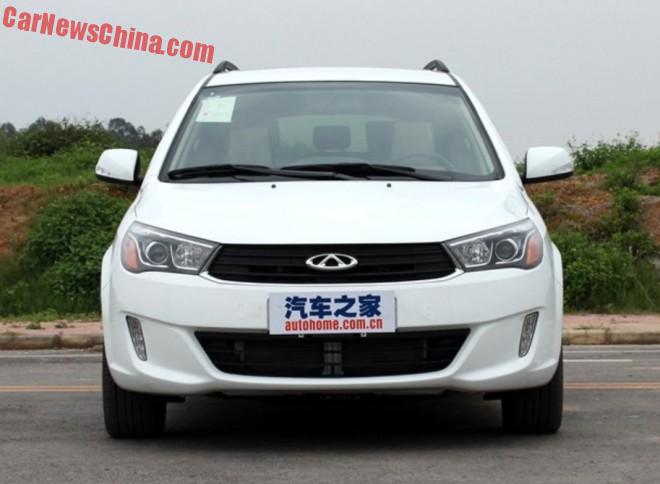 The new Chery Arrizo M7 MPV from China; not really new and not really an MPV.