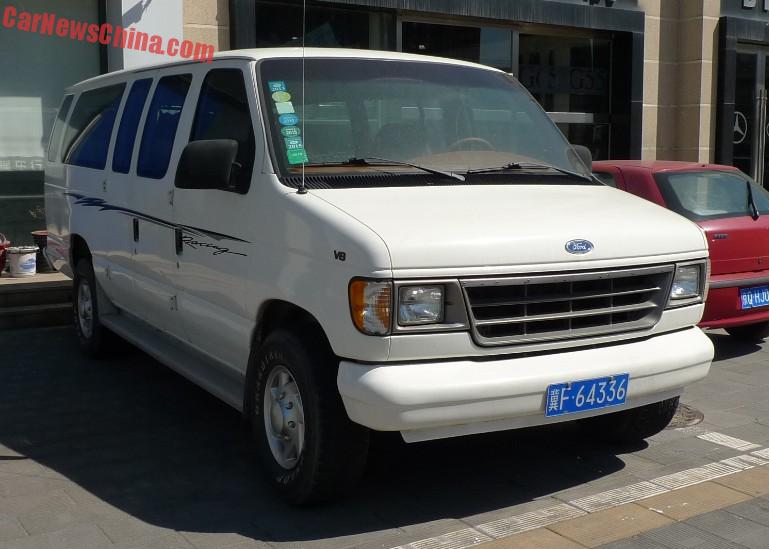 A giant white Ford Club Wagon, Spotted in China in the Beijing Tuning Street. The vehicle was in top condition, with perfect paint, shiny chrome, all original parts, and not a spat of rust in sight. The Club Wagon is a super sized passenger van based on the fourth generation Ford E-Series. The Club Wagon was manufactured from 1992 until 1998.

The Ford Club Wagon was a big car so it needed big engines; it was available with various V6, V8, and even V10 petrol and diesel units. The largest V8 was a 5.8 liter Windsor, the largest petrol engine a 6.8 liter Triton V10, and the largest diesel engine was a 7.3 liter Power Stroke V8. 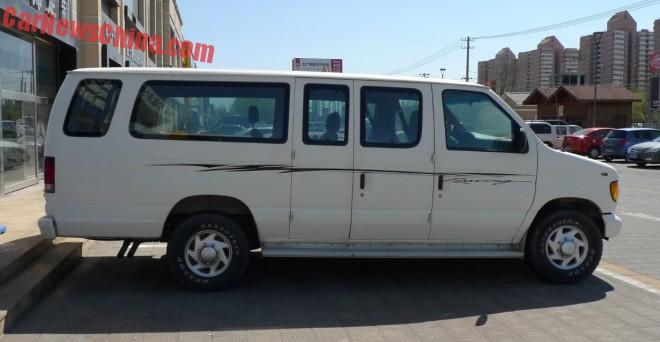 The Club Wagon could seat up to fifteen depending on configuration. This one had 8 seats installed in a 2+2+2+2 configuration, with the second and third row facing each other. Alloys are original and even the Dunlop Grantrek tires looked very old. 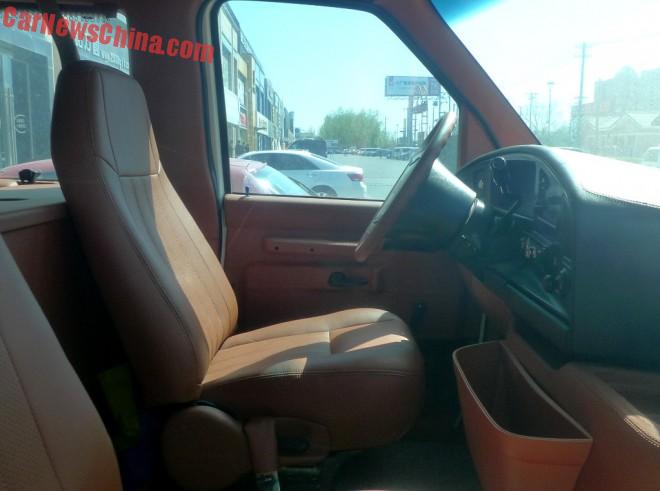 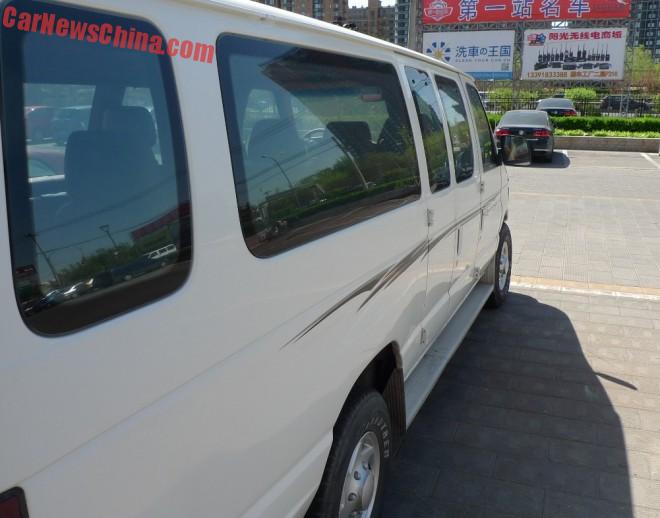 The Club Wagon was never officially sold in China, nor was any N-Series, but some examples arrived gray or via diplomatic channels. They are very rare today as China’s ever stricter environmental regulations push most of these great cars into the wrecker. 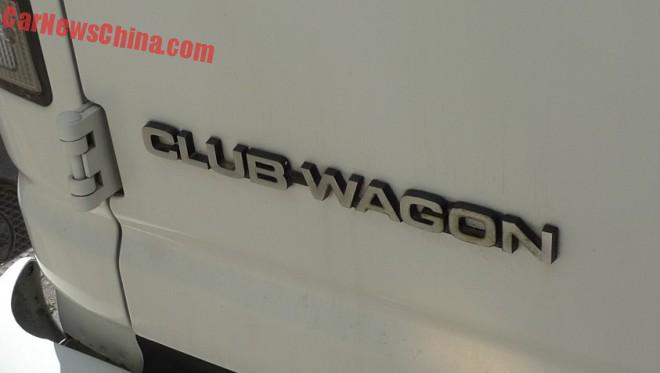