McLaren 540C launches on the Shanghai Auto Show in China 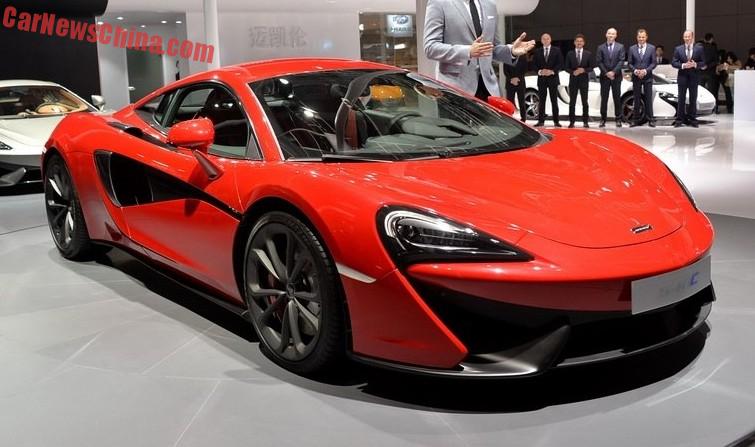 The all-new McLaren 540S has been launched on the Shanghai Auto Show in China, looking all the supercar business in fiery red. The 540S is the second addition to the new McLaren Sport Series range, it will be positioned just below the McLaren 570S that was launched last month in New York.

The McLaren 540C is powered by a 3.8 liter twin-turbocharged V8 engine with an output of 540hp and 540nm, mated to a seven-speed dual clutch transmission. All that power is good for a top speed of 320 kilometer per hour and a 0-100 of only 3.5 seconds.

McLaren says the aero package has been “”subtly revised” compared to the 570S, and they also say the alloys are unique for the 540C. After a shaky start McLaren is doing very good business in China today, and the more ‘affordable’ 540C will certainly lead to even better sales. The McLaren 540C is expected for launch on the Chinese car market in Q3. 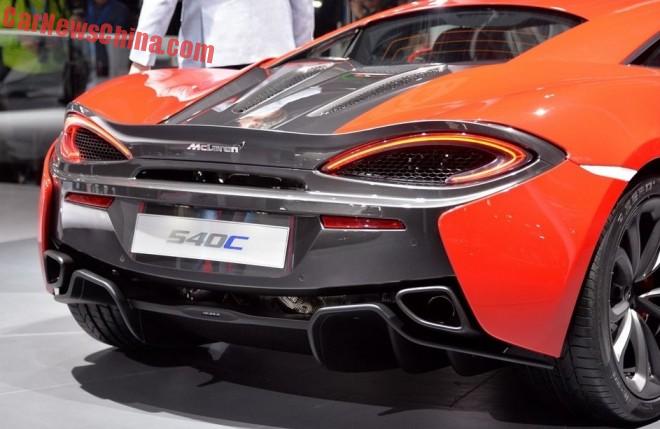 A lot of lines at the rear, and round pipes are hiding in square tips. Still, it all screams speed like good supercars do.