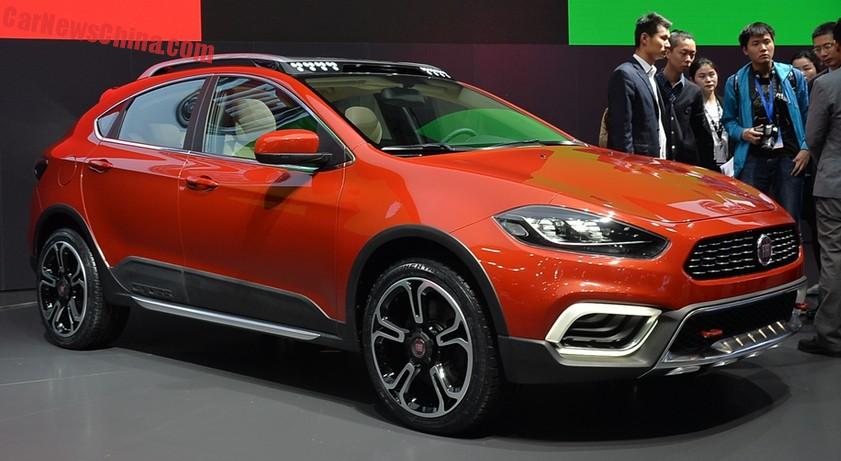 The new Fiat Ottimo Cross has been launched on the Shanghai Auto Show in China. The Cross is a concept car previewing an upcoming crossover variant of the Fiat Ottimo hatchback. The Cross concept features a jacked-up suspension, big wheels with black arches, a loaded front bumper, and a roof rack with LED lights.

The roof rack appears to be usable, and that is a good thing. Wing on the rear window, more black plastic over the doors, and shiny chromed exhaust pipes. The market for this sort of vehicles is still very strong in China, with some cross-versions even outselling the cars they are based on. 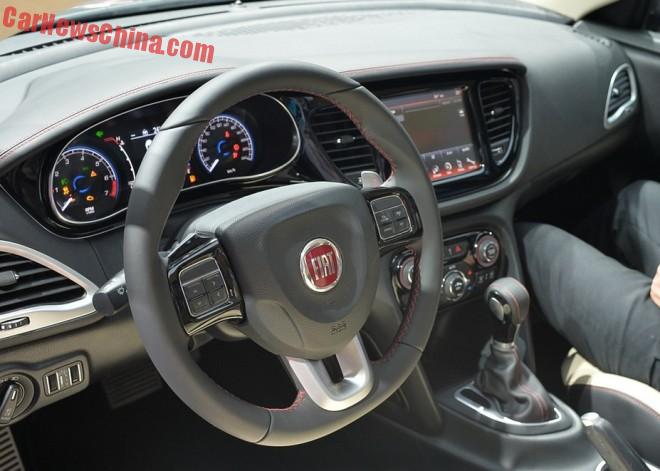 Interior is standard Ottimo bar for the red stitching.

The Fiat Ottimo was launched in March 2014, it is the hatchbak version of the Fiat Viaggio sedan, and both are based on the same platform as the Dodge Dart. The Ottimo is powered by a 1.4 turbo T-Jet engine in two different tunes: 120hp or 150hp, both mated to a 5-speed manual or a DCT.

The crossover variant will get the same engines, the production version will be launched on the Chinese car market in December. 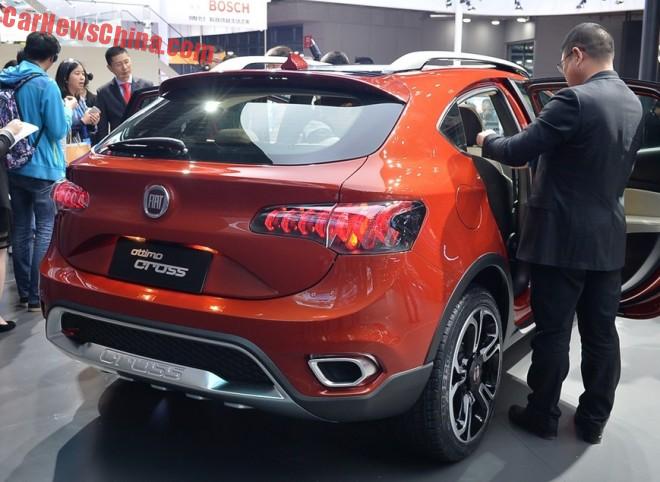 Rear lights are new for the concept an look very cool. Combined skidpad-bumper section very well-designed too. Exhaust pipes seem a bit to far off to the sides. 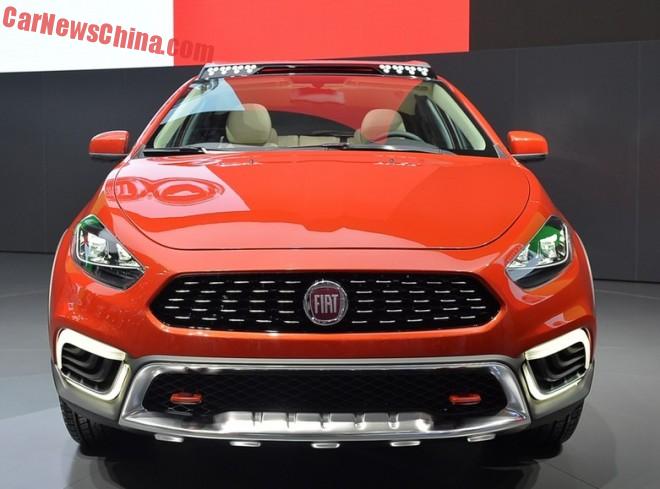 Four LED units on each side of the roof rack. We guess they won’t make it to production. Too bad… But the new grille might make it, and it makes us dizzy, which is always fine on a late Friday afternoon. To the bars now!