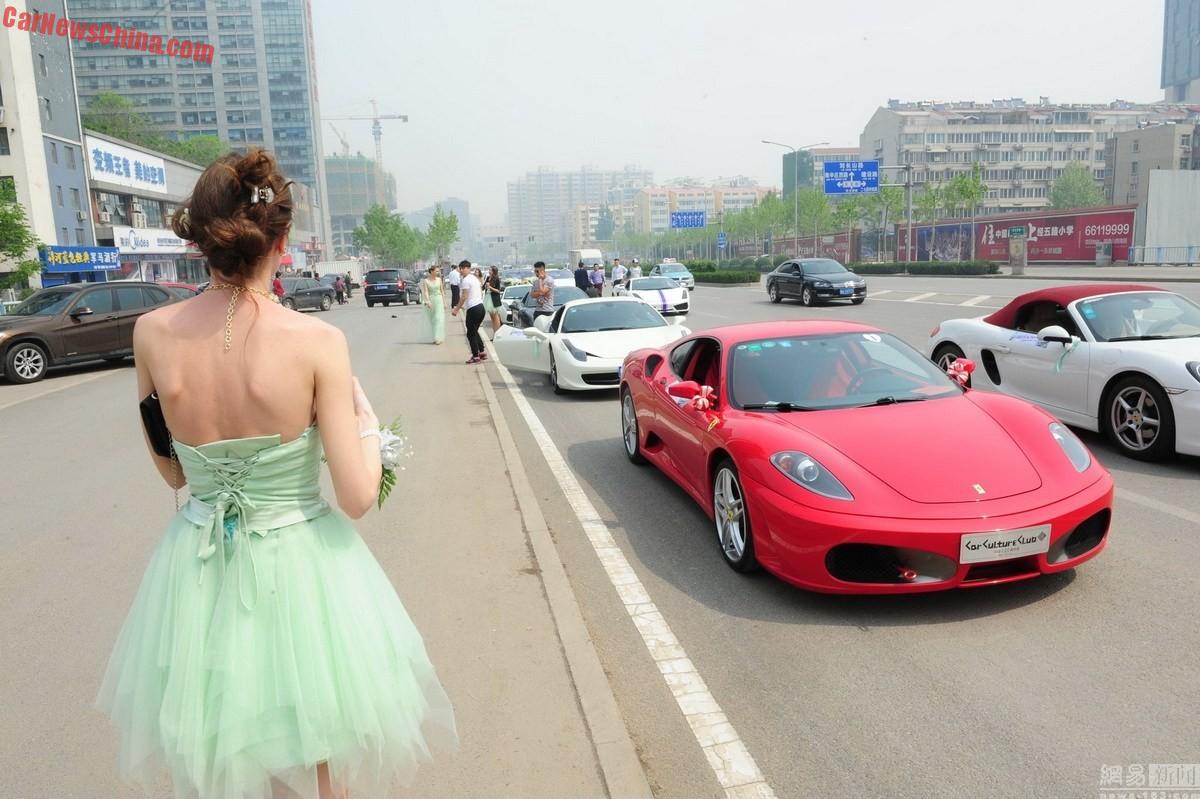 A sweet supercar wedding in the great city of Jinan in Shandong Province, celebrating with a convoy of 30 supercars and four stretched Hummer limousines. The supers include a Ferrari F430, a Ferrari 458, a Porsche Boxster, and a Lamborghini Gallardo. This particular wedding was even more special because the bride was Russian and the groom Chinese. 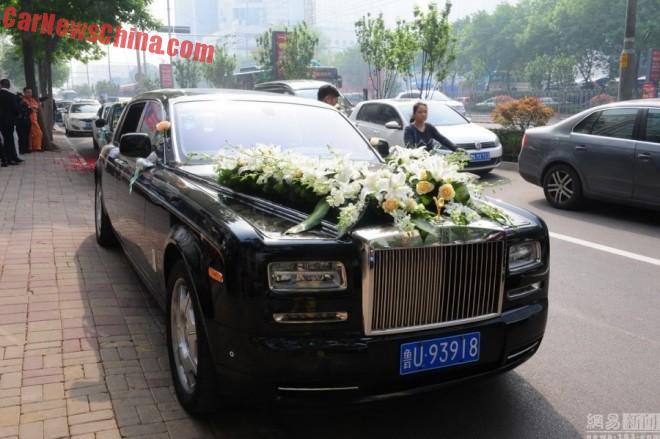 The happy couple cuddled in a Rolls-Royce Phantom. 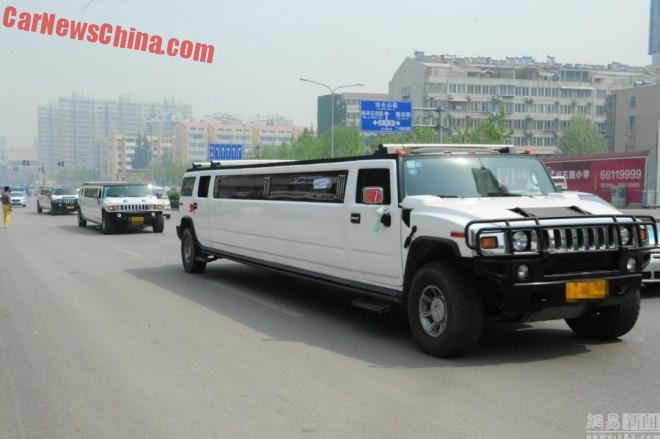 Stretched Hummers are still mighty popular in China. They arrive from the United States West Coast via the misty gray markets, and imports of second-hand examples continue until today. When Hummer was still alive the conversion to limousine was mostly done in the States, but nowadays it is all done in China. 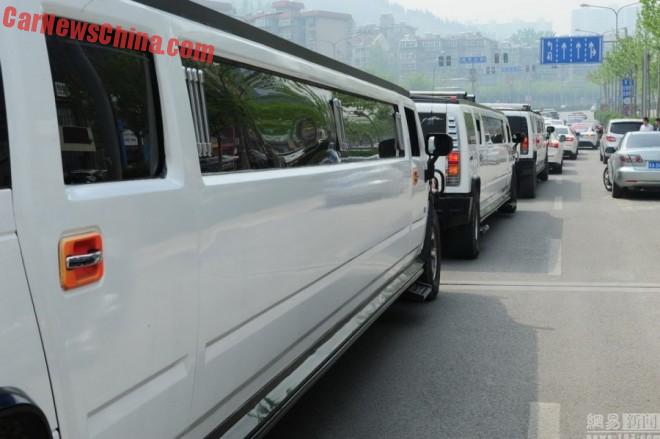 The supercar weddings often cause massive traffic jams, leading some to say the showing-off convoys should be outlawed. Just jealousy, we think. What on earth can be more pretty than a long line of expensive gas guzzling cars with happy drunk people inside..? 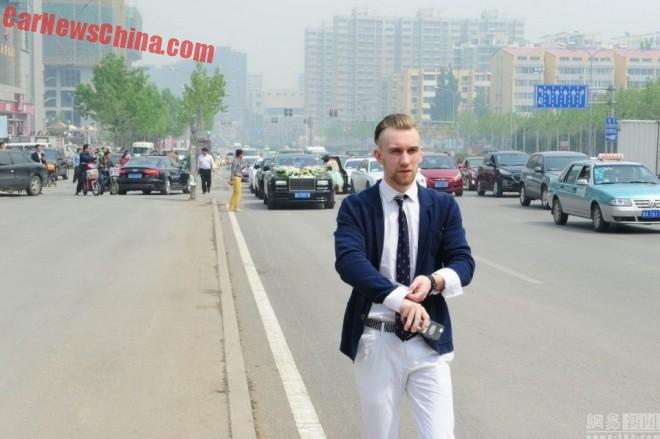 White trousers, tsk tsk. Must be family of the little lady. 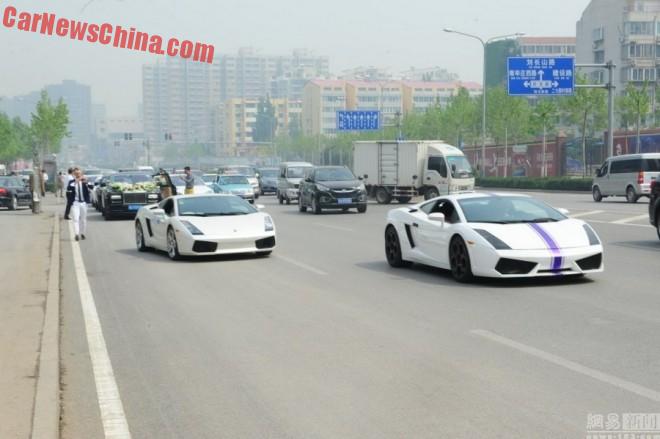 The Lamboos are launched. One 560 with a purple racing stripe. 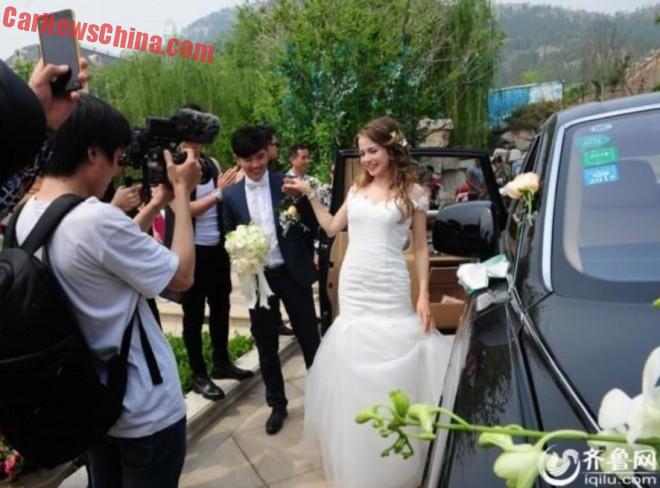 The happy couple arrives at the restaurant for the ceremonies and more booze. White roses, task tsk. Well, congratulations then, and may your union last forever.