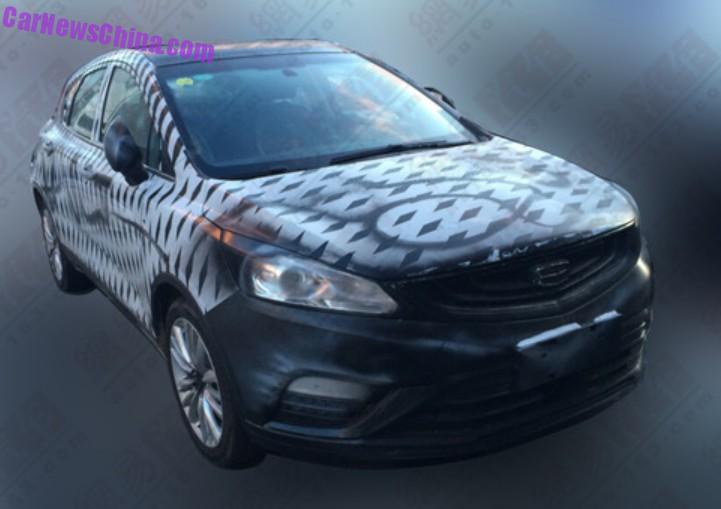 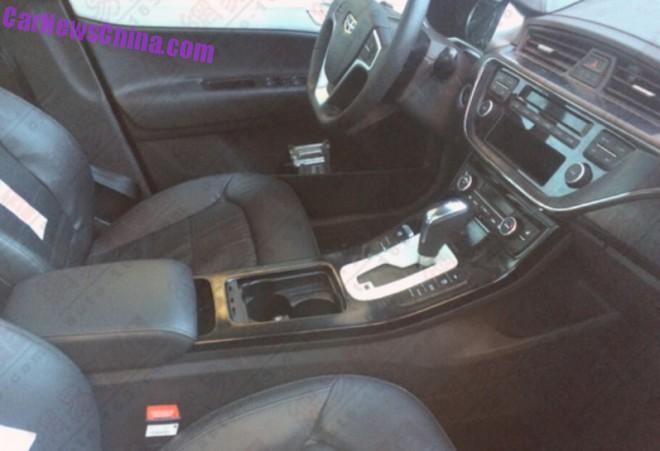 A fine interior with nice materials, but apparently without a decent LCD, and the gear lever almost touches the aircon controls. The Geely Cross will be available with two four-cylinder petrol engines: a 1.3 turbo with 133hp and 185nm mated to a 6-speed CVT, and a 1.5 with about 150hp mated to a six-speed manual or six-speed automatic. 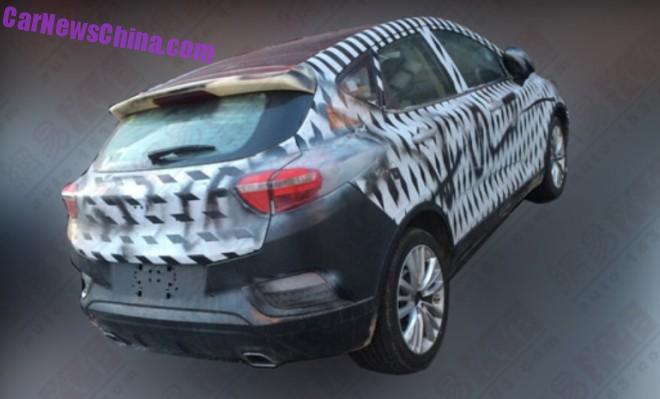 Sporty at the back with a wing topping the window and exhaust pipes flanking a skid pad. The Geely Cross will hit the Chinese car market sometime in the second half of the year. 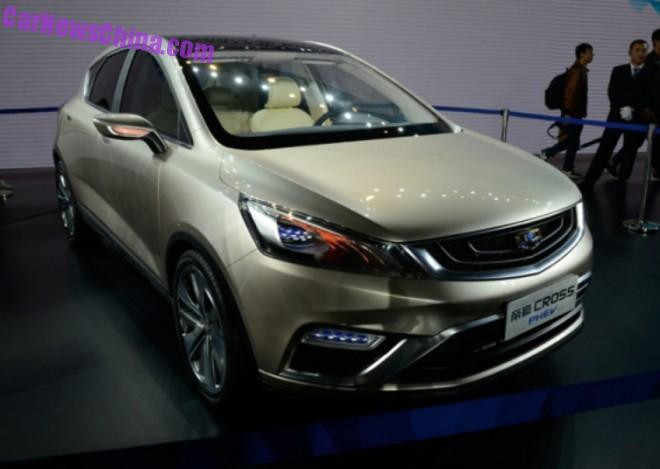 The Geely Emgrand Cross concept car. The concept was a fancy PHEV, but the real thing will be petrol-only.