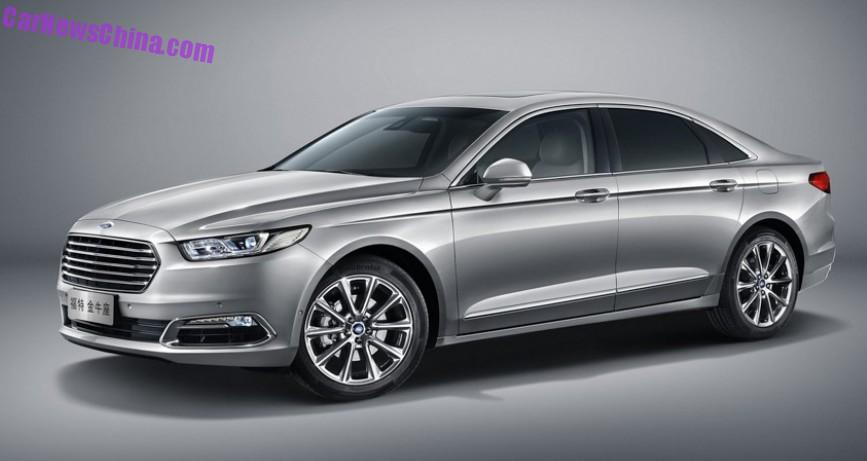 The all-new 2016 Ford Taurus will be launched on the Chinese car market in September. There will be two variants; a regular one with a chromed grille and a sporty one with a black grille. The new Ford Taurus debuted in April on the Shanghai Auto Show. 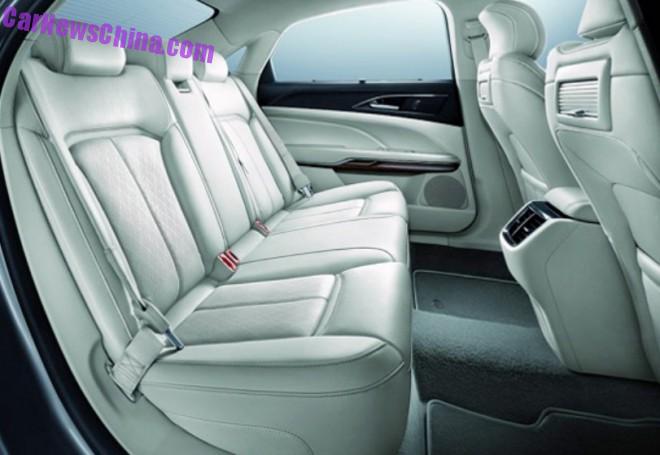 That looks very spacious there. Oddly, Ford didn’t release a photo of the front seats or the dashboard, but… 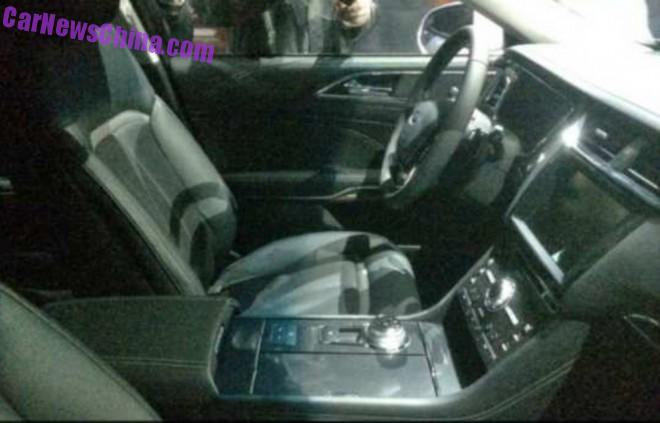 … fortunately we have this misty spy shot, showing a high tech interior with a button-based gear selector and a large screen for the infotainment system. 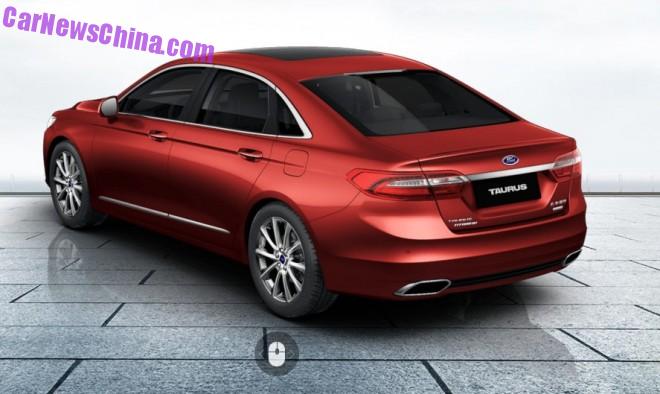 Oddly, Ford didn’t release a photo of the back of the vehicle, but fortunately we found a half-baked configurator on Ford’s Chinese website and nicked a pic. It looks much better in red than in the boring brown and silver color schemes we have seen so far. 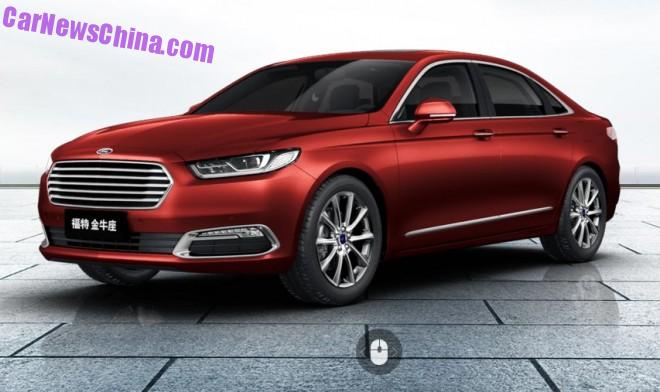 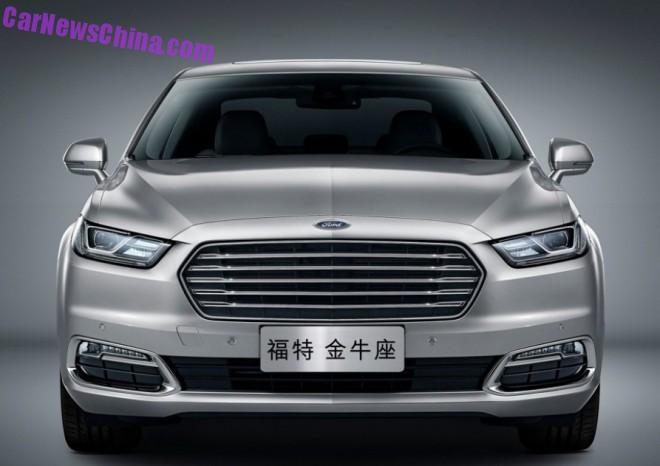 Air inlets in bumper are too obviously fake, but the grille is kinda cool.