The misty ways of Changan Car Transport in China 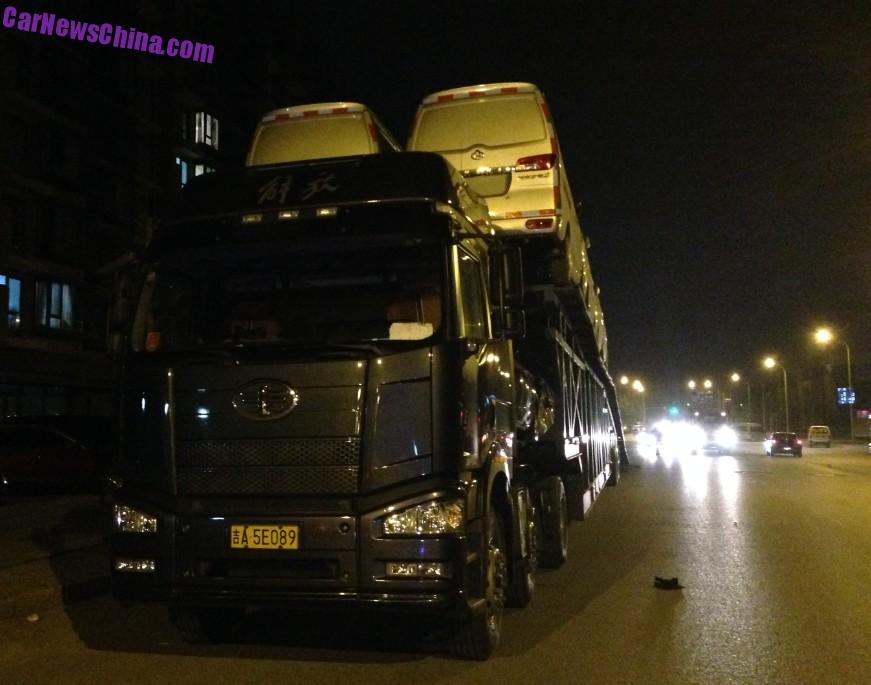 A giant FAW car transport truck loaded with 26 Changan minivans, Spotted in China in the Dongba area in Beijing.  I live near a major Changan dealer in the capital. The dealer is located just inside the Fifth Ring Road, and that is a bitch because the big car transport trucks are not allowed to drive within the Fifth Ring Road, for reasons concerning safety, congestion and pollution.

Officially the big trucks have to go to a designated government operated transfer facility, several of which are positioned near major highways outside the Fifth Ring. There they have to transfer the minivans, or whatever else they carry, to smaller transport trucks that then bring the minivans to the dealer.

This of course takes time, causes trouble, and costs a lot of money for fees. And nobody likes all that, so truck drivers and dealers have come up with other ways, the misty ways. 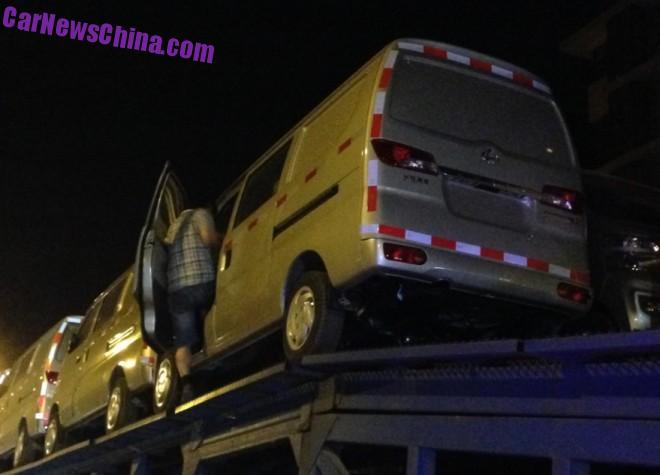 Such as finding a quiet area without too much police and cameras around, like the very new residential area where I live, with loads of construction going on all over the place, dark and empty roads, and really nobody who cares about anything. 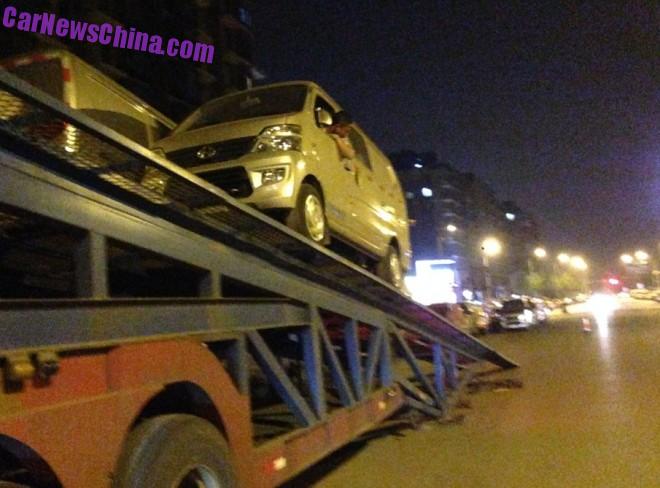 The transport crew unloads the minivans, lines ’em up on the public road, and hires a few locals to drive the vans to the dealer one by one. This operation takes a few hours and usually starts late at night. Besides the mistyness of the scheme itself, the minivans are not allowed to drive anywhere, as they don’t yet carry license plates and insurances. Still, the risk is worth it, because in the end the minivans arrive at the dealer much quicker and cheaper than they would have via the official way. 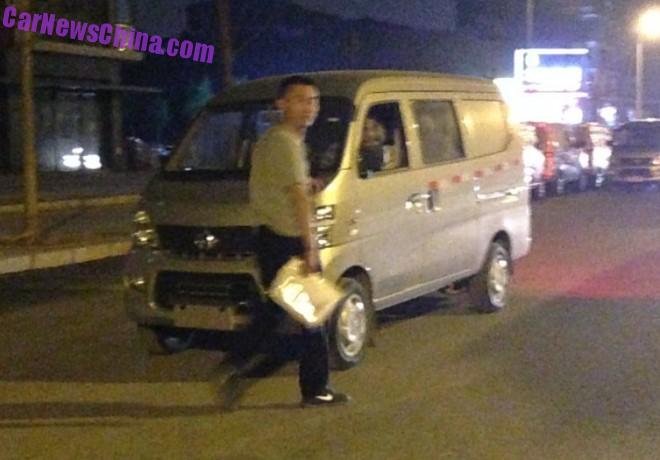 Crew got annoyed by half drunk foreigner, so I took a hike. 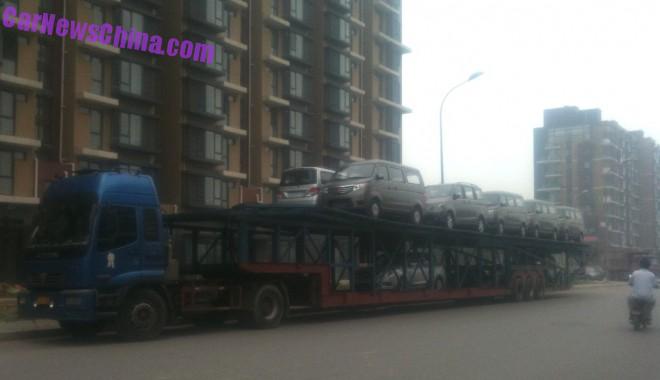 Another day I found this one, on the same location. Loaded with 12 Changan mini MPV’s. It was late afternoon and the crew was apparently waiting for darker times.

Scooter shows just how huge this truck is. 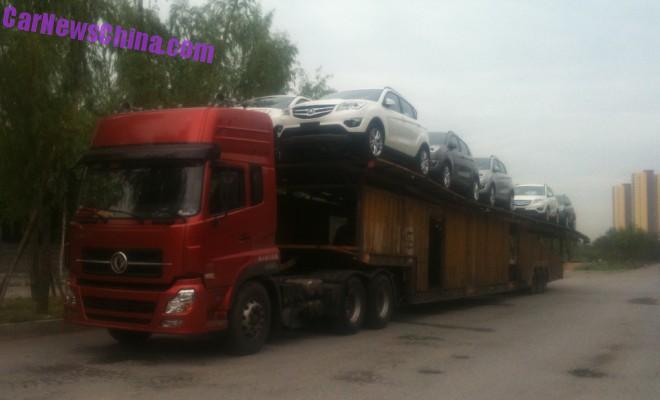 And this one loaded with ten Changan CS35 SUV’s, one block to the east. It was around lunch time and there was nobody around. 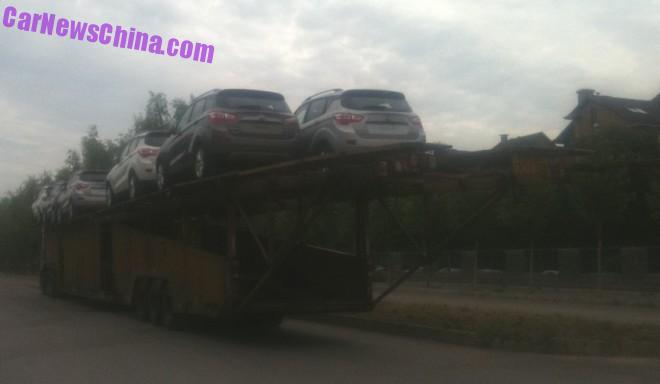 The lower bed was empty, probably unloaded somewhere else. 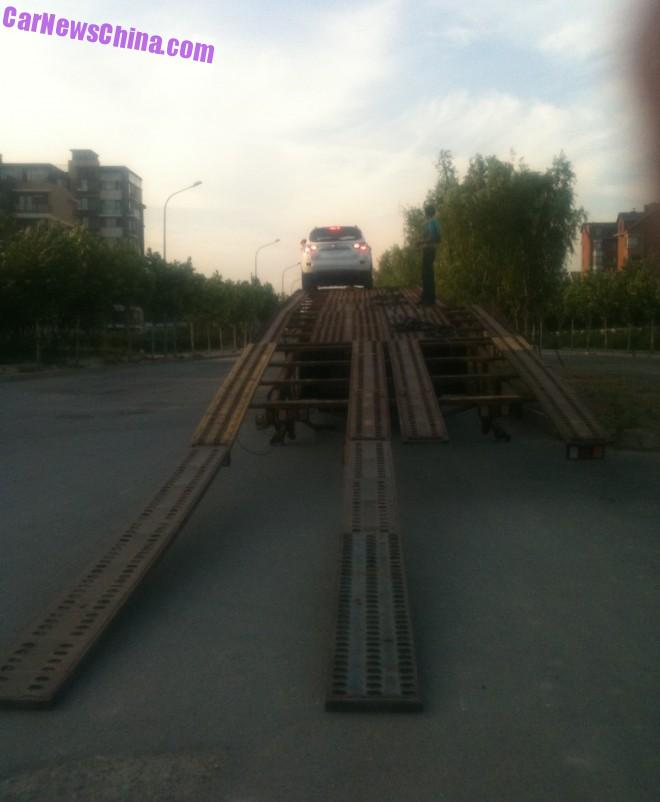 That same day I came back around seven and they just started unloading. A bit early for the business. Note the inventive unload system, they can unload each top-line separately, so they don’t need to make complicated manoeuvrings on the truck. 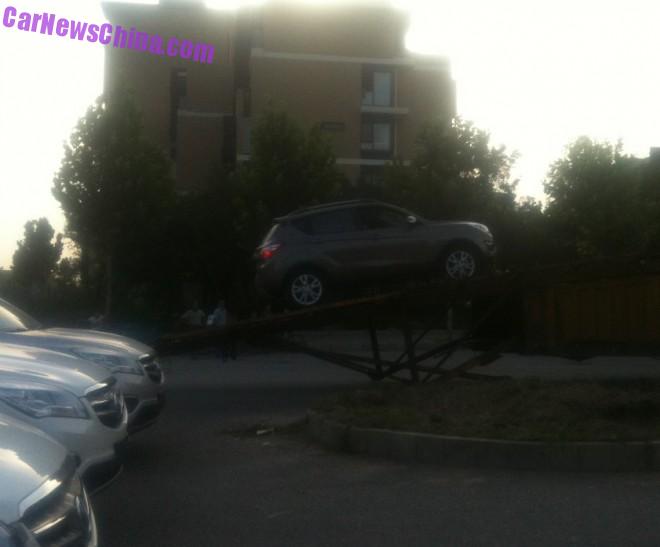 The crew didn’t like me nosing around so I moved a bit out of the way, but not too far, so I could still see them unloading all the cars including this fine brown example. 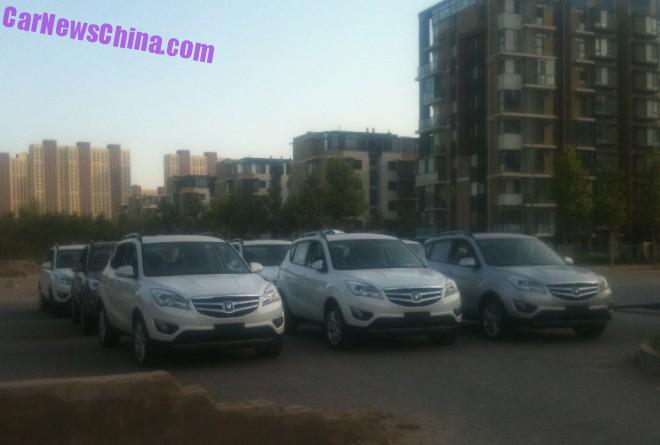 And job done, cars safely parked, waiting for darkness to start the last leg of their journey to the Changan dealer. Fuzzily, the truck then left and I didn’t see anybody guarding the cars. I sneaked back and found out the windows and doors were open, with the keys in a folder on the passenger seat! 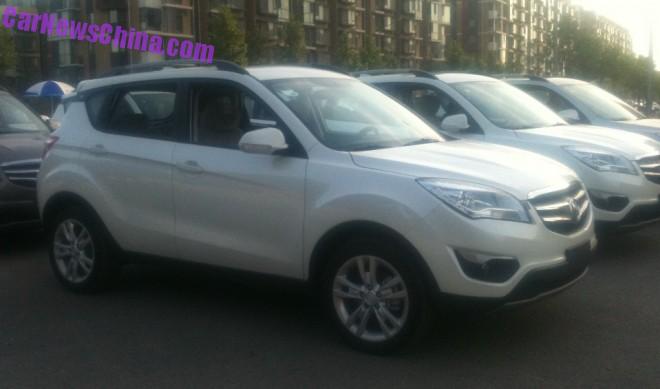 This white one looked nice… Window wide open. Had I really wanted, I could have taken her home.