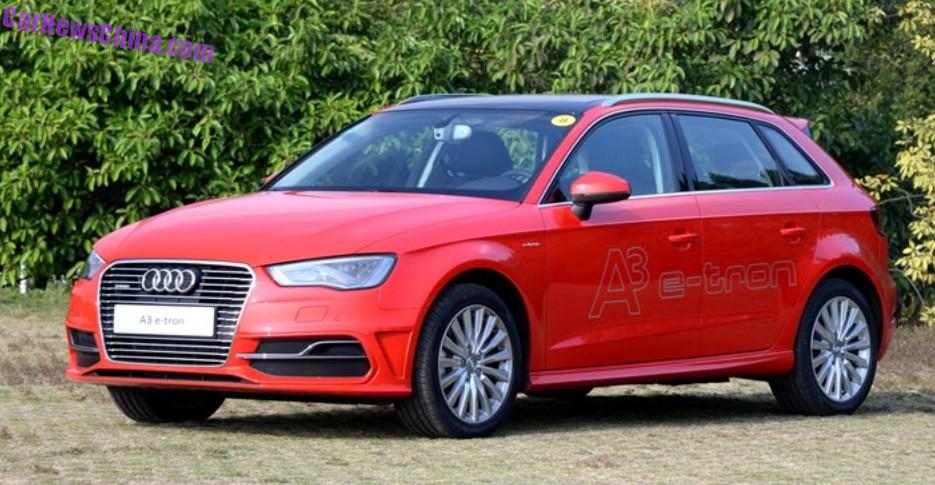 The Audi A3 Sportback etron will be launched in China late this month, but not everywhere. Initially it will only sell in the cities of Beijing and Chengdu, with the rest of the country scheduled to follow later this year. The A3 etron will be imported into China, unlike the regular petrol-powered Sportback which is manufactured locally by the FAW-Volkswagen joint venture.

The A3 Sportback etron is a plug-in hybrid, the powertrain consists of a 1.4 liter ‘TFSI’ turbo four mated to an electric motor. Total output is 204hp and 350nm. Range on pure electric is 50 kilometer and hybrid range is a hefty 950 kilometer, which translates to a claimed fuel consumption of  only 1.5 liter per 100 kilometer. Top speed is 220 kilometer per hour and 0-100 is gone in 7.6 seconds.

Audi is fast becoming green in China; next up is the Audi A6L etron, which will be manufactured in China, followed fast by an all-electric variant of the A3, which will be an import again.