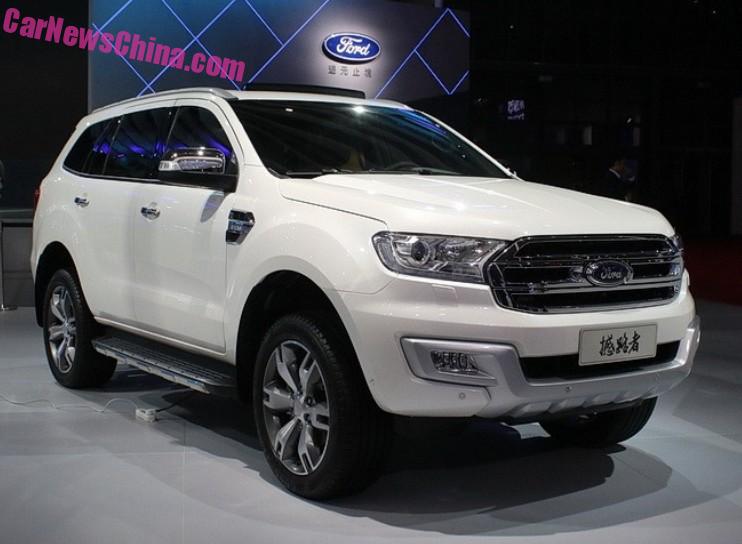 The brand new Ford Everest SUV has been launched in China, another big and thirsty SUV, just a week after the launch of the giant Ford Edge, for a market that begs and screams for compact and economical. Come product planning! Price for the Everest starts at 269.800 yuan and ends at 369.800 yuan.

The interior is very basic for the money, in line with other present Ford products. Large swaths of gray plastics, gray seats, a gray steering wheel, a gray center tunnel. Yawn. But!, it has some wood-kinda-style panels and a blue badge-thingy on the steering wheel for excitement. 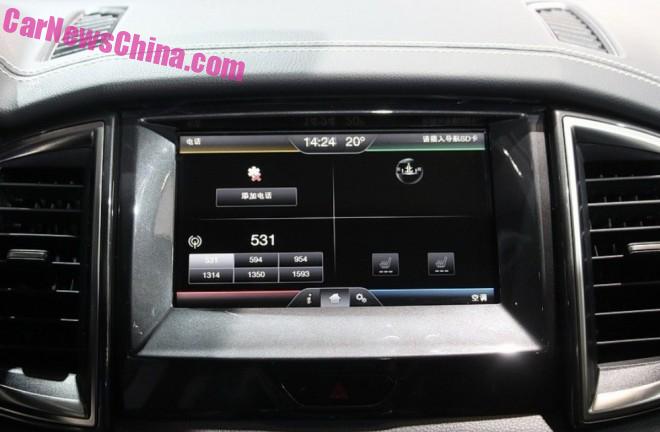 The screen for the infotainment system is of average size, built-in deeply in the dash in a rather old-fashioned way. 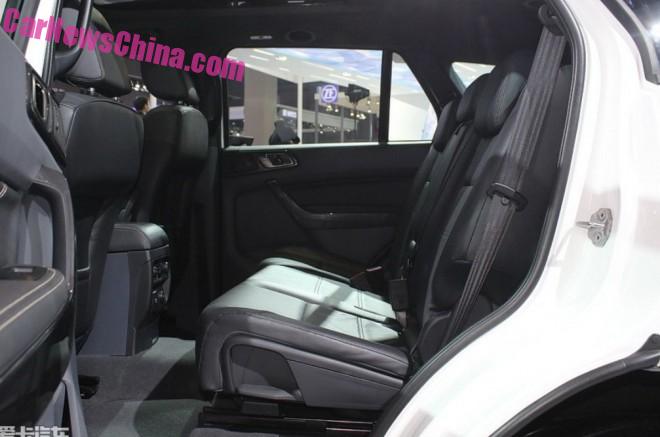 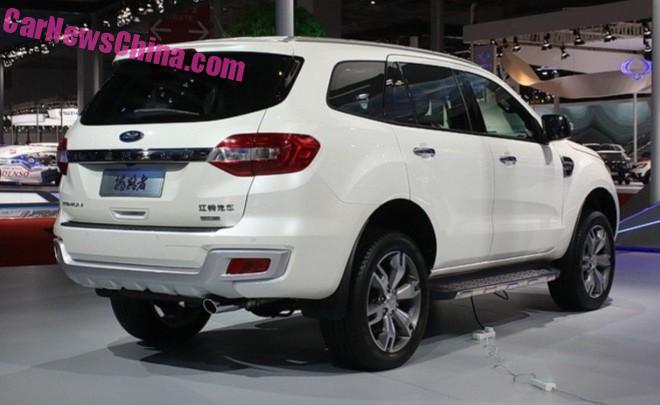 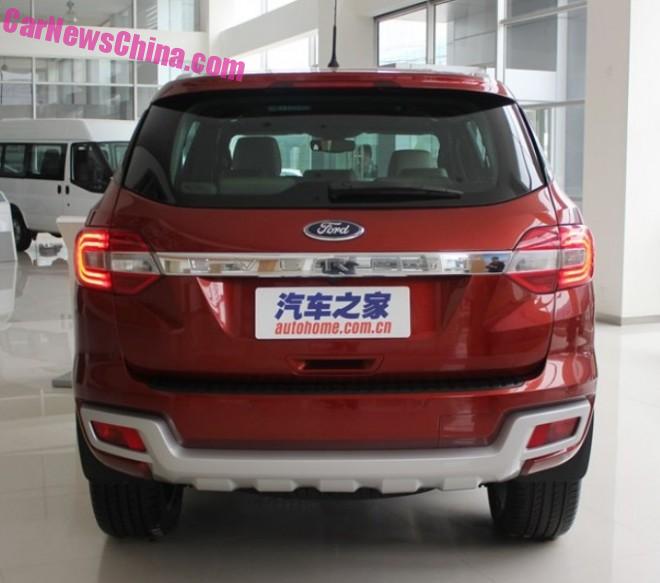 Fat chrome strip connecting the taillights a nice touch, and so are the taillights themselves, which almost look a tad too modern for the car. Bumper very hip-SUV too, and giant Ford badge is impressive. 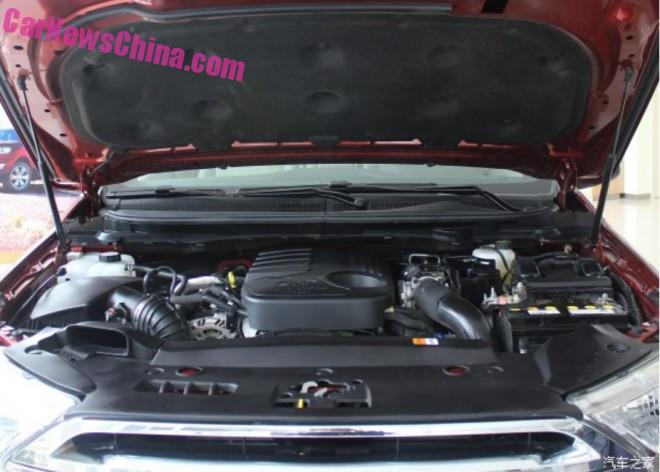 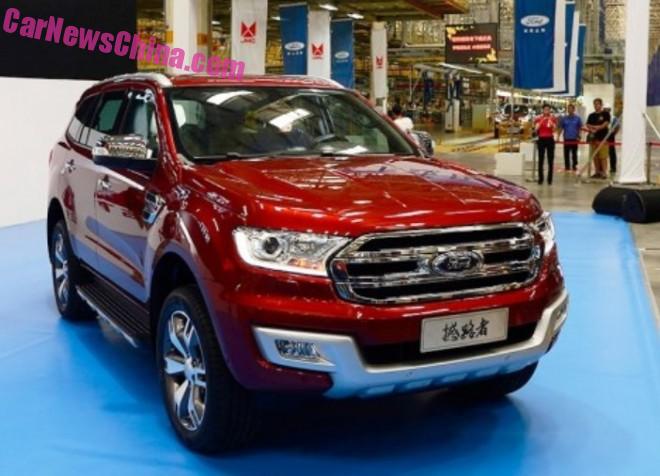 A blood red example in the factory, showing off that enormous shiny grille. One might think that Ford is now done adding giant SUV beasts to their line-up in China. But they are not. The Explorer is coming too, and that thing is even bigger than the Edge!