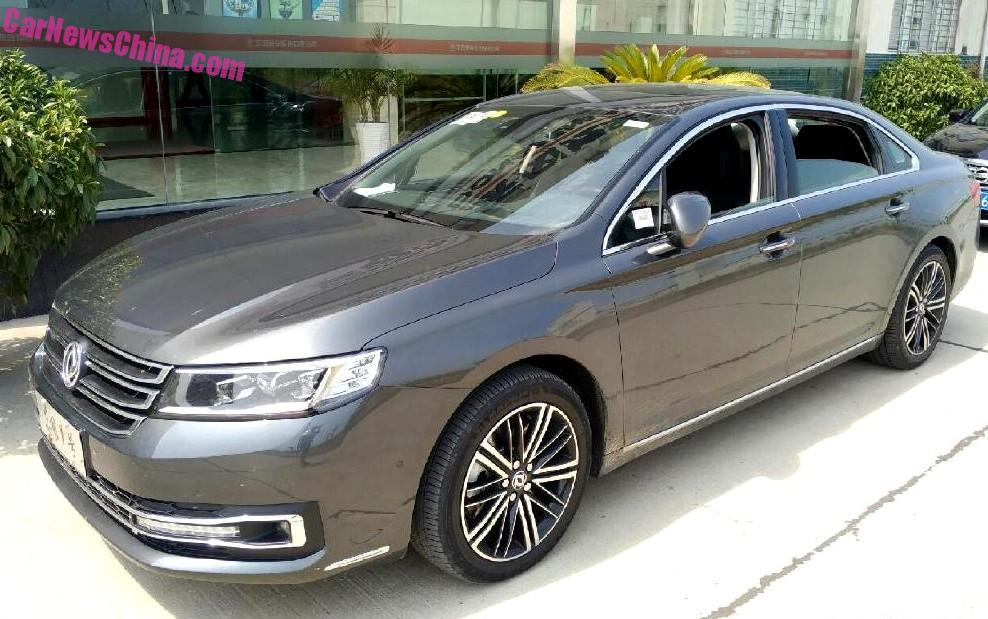 Sensational Spy Shots showing the new Dongfeng Number 1 sedan all naked in China. The final production version of the Number 1 will debut on the Chengdu Auto Show later this week, and launch on the Chinese car market at year’s end.

The Dongfeng Number 1 is a large sedan destined to compete with cars such as the Hongqi H7, the Roewe 950, and the upcoming JAC Refine A60.

It is based on the new PSA EMP2 platform that will also spawn a China-only Citroen C6 and Citroen DS9, the C6 is expected in 2016 and the DS9 in 2017. Dongfeng and PSA have the long-running Dongfeng-PSA joint venture that makes various Citroen and Peugeot branded cars for the Chinese market. Dongfeng Motir is furthermore one of the largest shareholders in PSA. 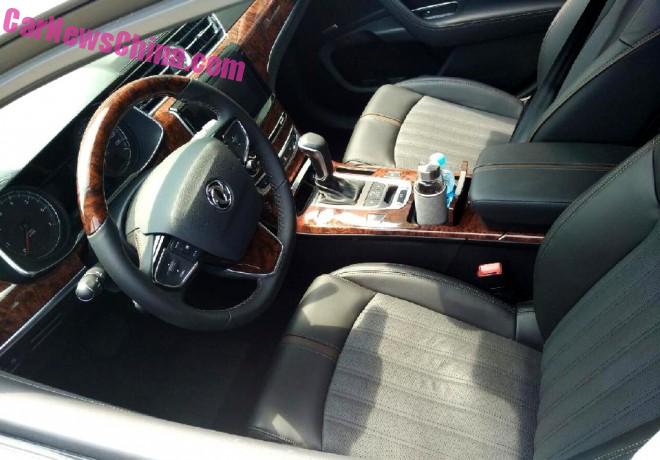 A very nice interior with shiploads of woods and leather. Wood on the lower part of the steering wheel maybe a bit too much. Center tunnel nicely done and screen for the infotainment system seems big enough. Seats are wide but flat. 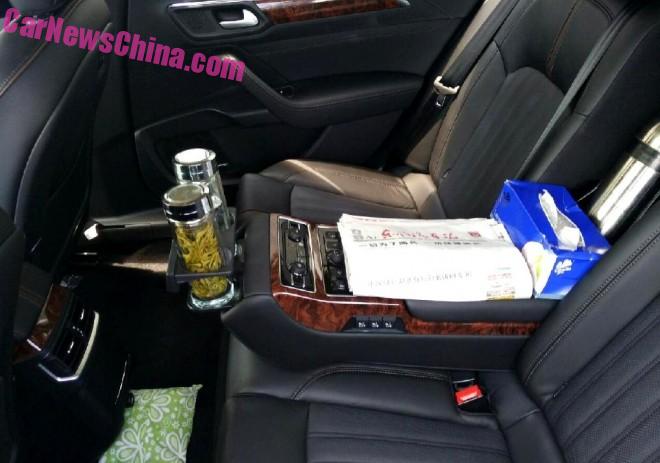 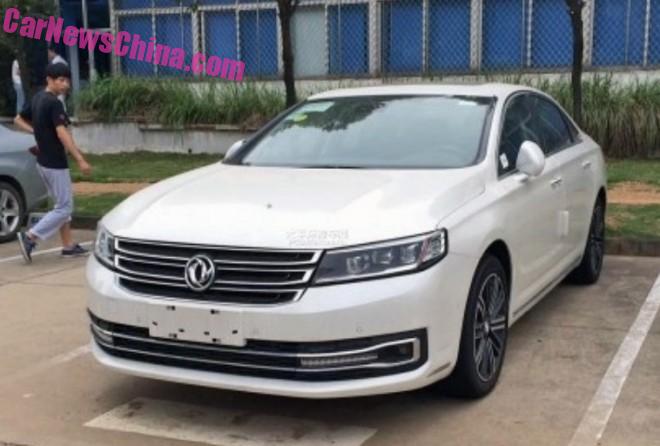 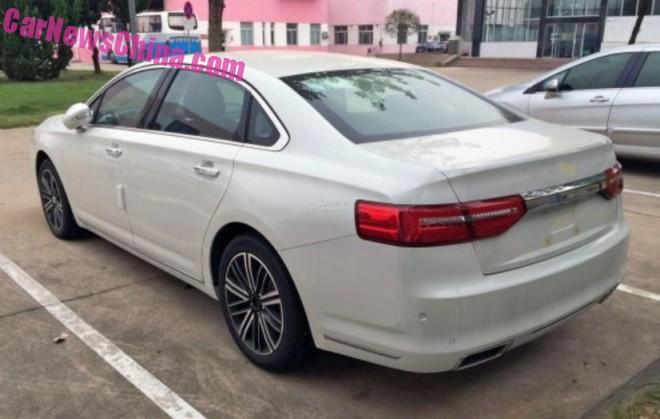 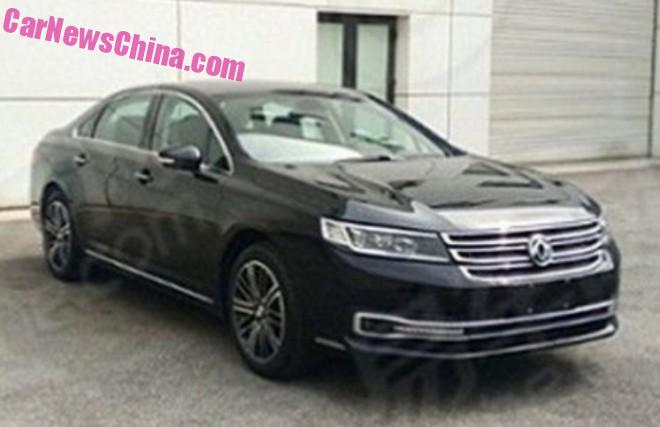 Shiny grille even more eye catching on a black car. Headlights very hip, square but modern, and not too large. 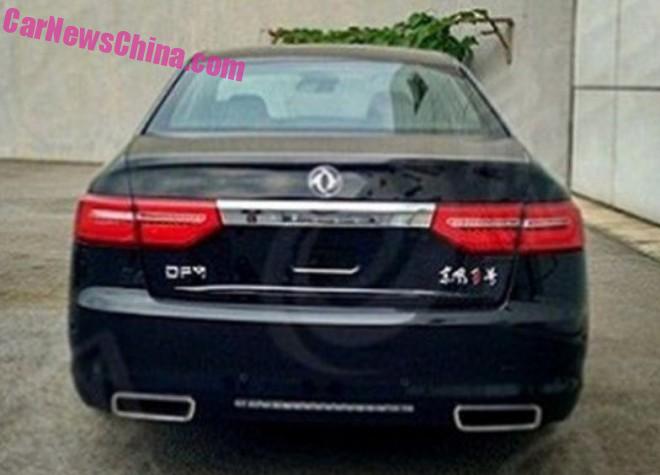 Badge talk: on the left ‘DFM’, which stands for Dongfeng Motor Corporation. It is the first time we see such a badge on a Dongfeng car. On the right in handwriting-styled characters: 东风1号, which means Dongfeng Number 1. 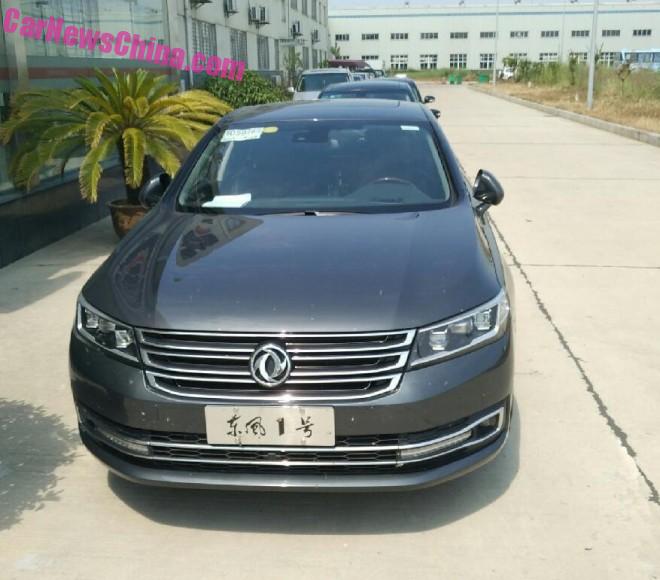 The photos of this gray car were made in front of the Dongfeng factory in Wuhan, Hubei Province. 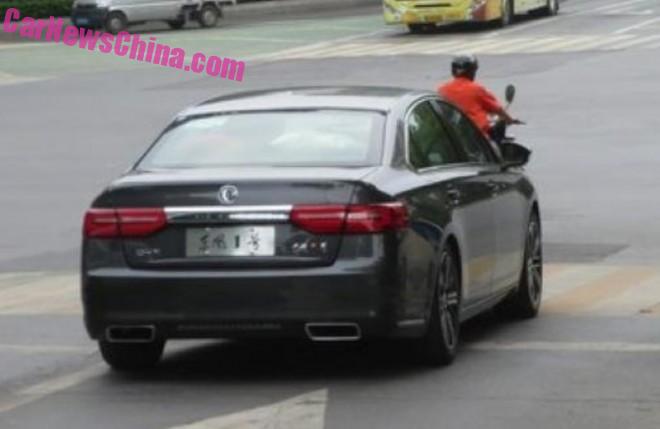 The same car on the move.

Large sedans of local Chinese brands have always been problematic, with buyers going for the Germans or the Japanese. The Dongfeng Number 1 however seems a genuinely interesting car with an original design, and the new 1.8 turbo appears to be a good engine to power it around. Good work.