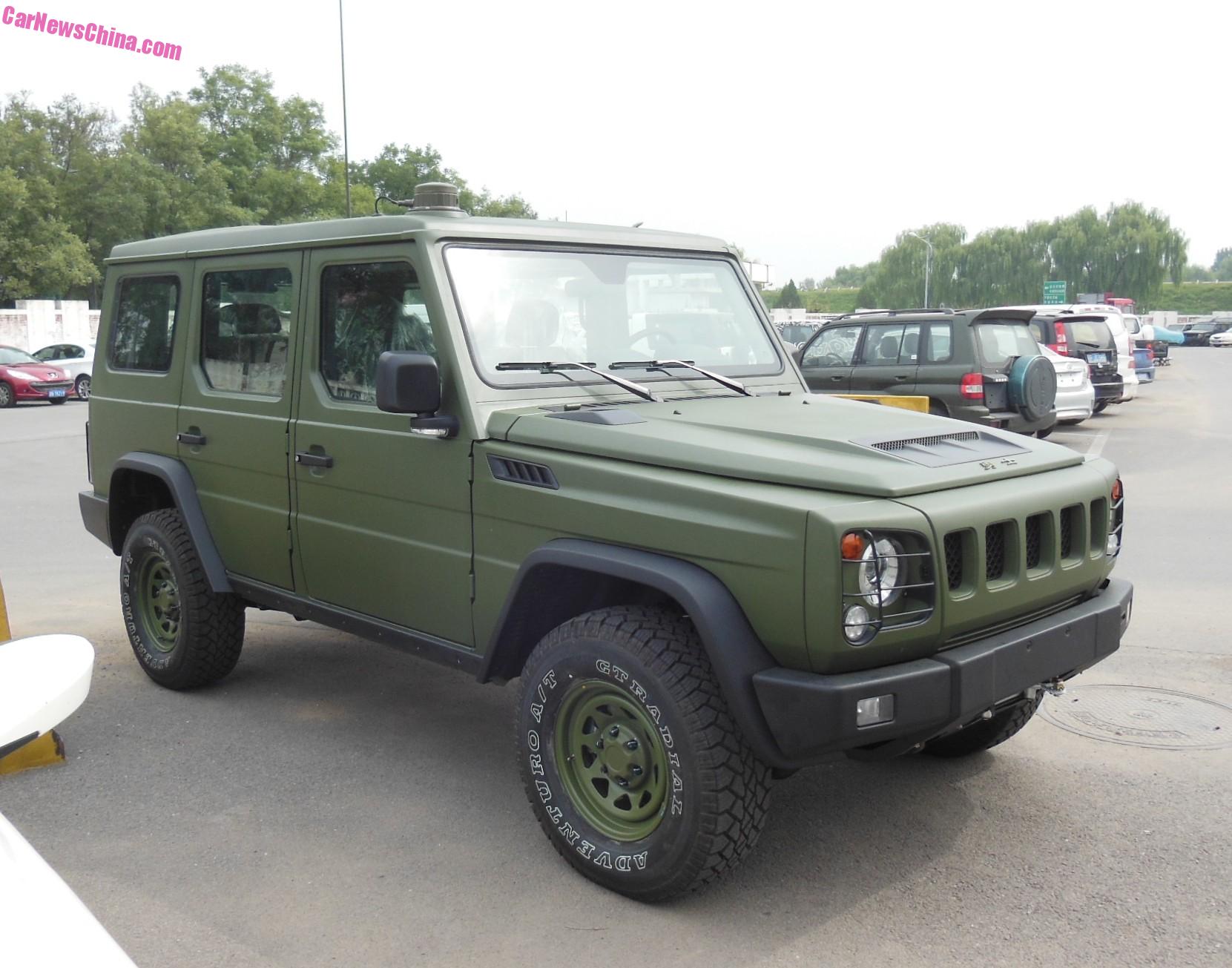 The best photos so far of the new Beijing Auto BJ80J, a new 4×4 utility vehicle for the Chinese armed forces. The BJ80J is the military variant of the BJ80, with the civilian version designated BJ80C. Deliveries to the army are scheduled to begin in early 2016.

We finally have confirmation about the engine: the BJ80J is going to be powered by Cummins ‘ISF 2.8‘ 2.8 liter four-cylinder diesel engine. Max output is 160hp and 360nm. 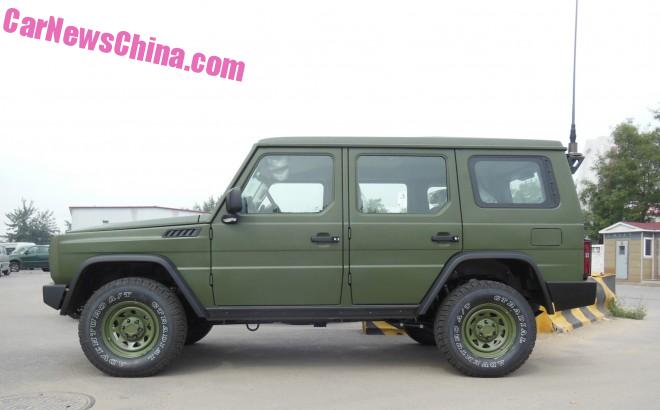 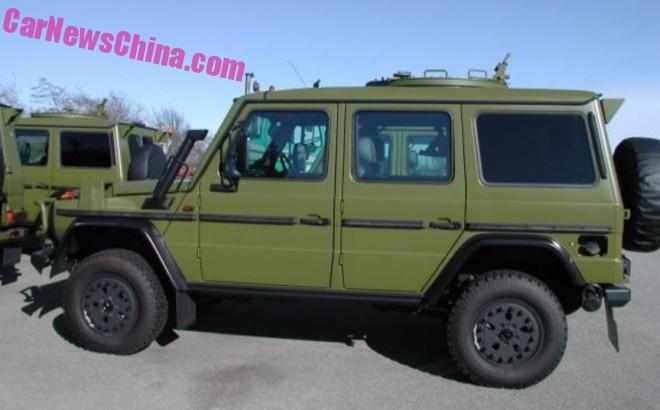 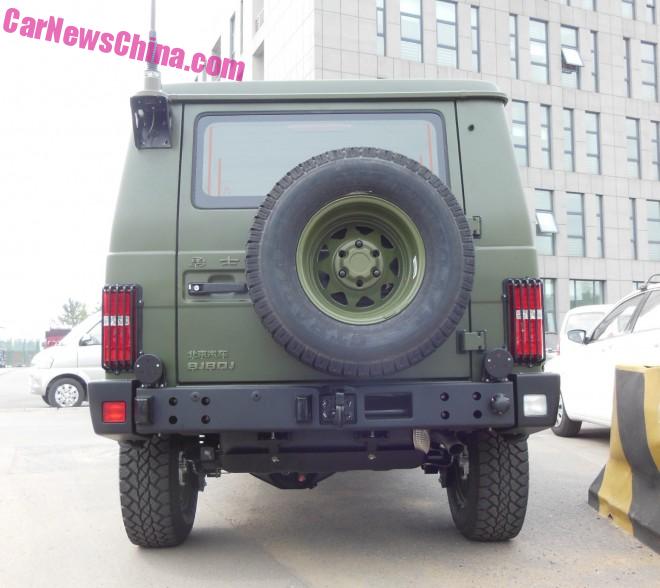 Antenna on the left. Door opens to the right. 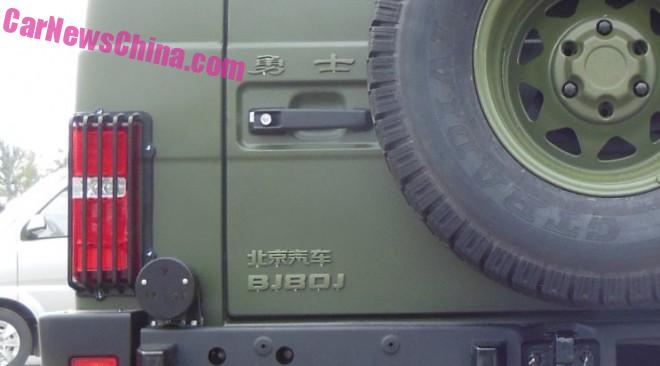 The badges on the back are most interesting, especially the one in ‘handwritten’ characters above the door handle: Yongshi (勇士, Brave Warrior). This is the official nickname of the current BJ2022, a similar 4×4 vehicle for the armed forces, developed with a lot of help from Chrysler, and in service since 2007.

The badge, which we haven’t seen before on the prototypes, indicated the BJ80 is indeed the successor of the BJ2022. 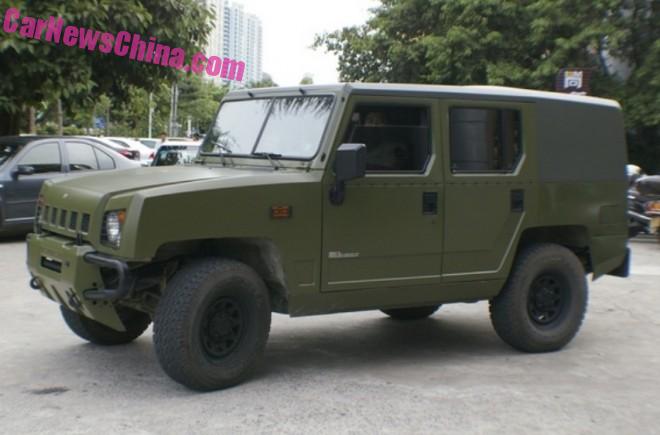 This is the BJ2022JC, JC being the designation for the military variant. Lone engine is a 3.2 liter turbo diesel six with 140hp. Originally, this engine was sourced from Nissan but later on manufactured by the Dongfeng Chaoyang Diesel Company. The BJ2022JC exists in many variants, including three-door, anti-riot, and badass-armored.

It is basically the same vehicle as the base army version, bar for the engines. The civilian Yongshi is presently available with a 2.5 liter turbo diesel four with 136hp, and with a 2.7 liter petrol six with 150hp. The latter replaced a 3.0 petrol six with 138hp that was available until 2011. Same gearbox for all: a five speed manual, sending power to all wheels. 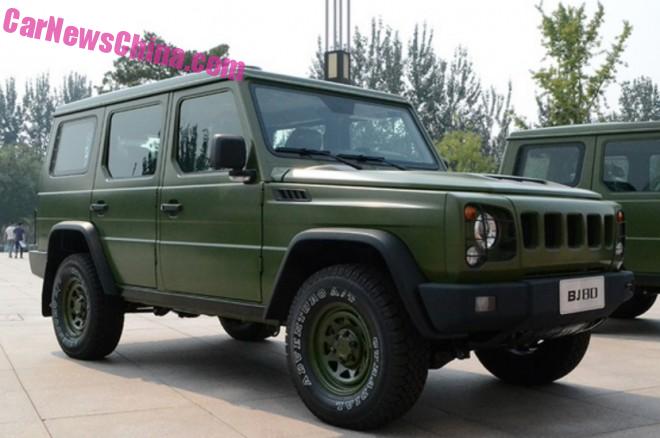 A worthy successor? It certainly looks better, and it looks lighter as well, less bulky and less massive, while it is actually slightly bigger. 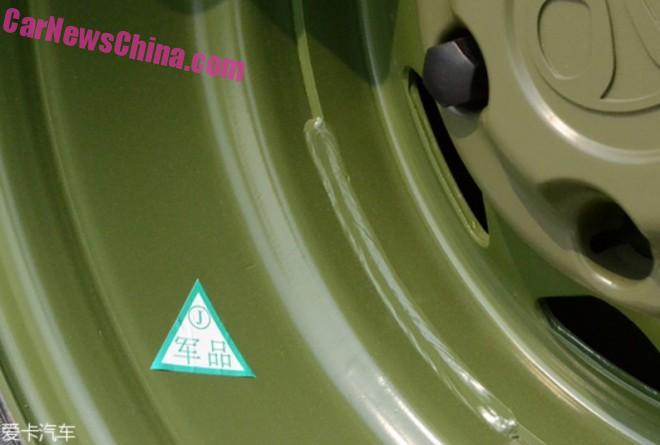 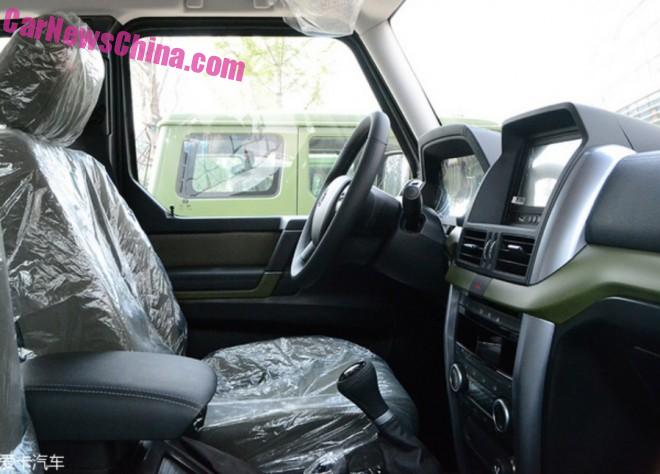 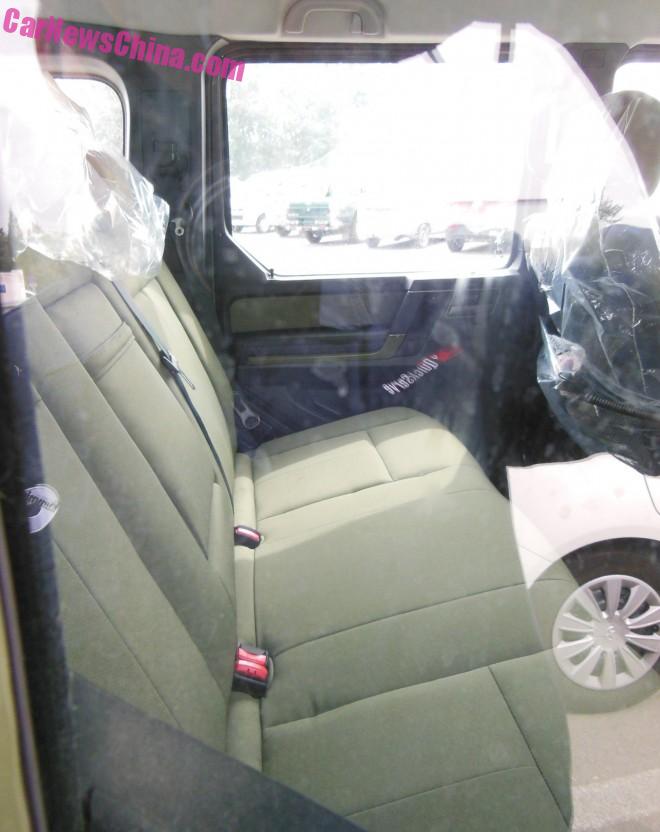 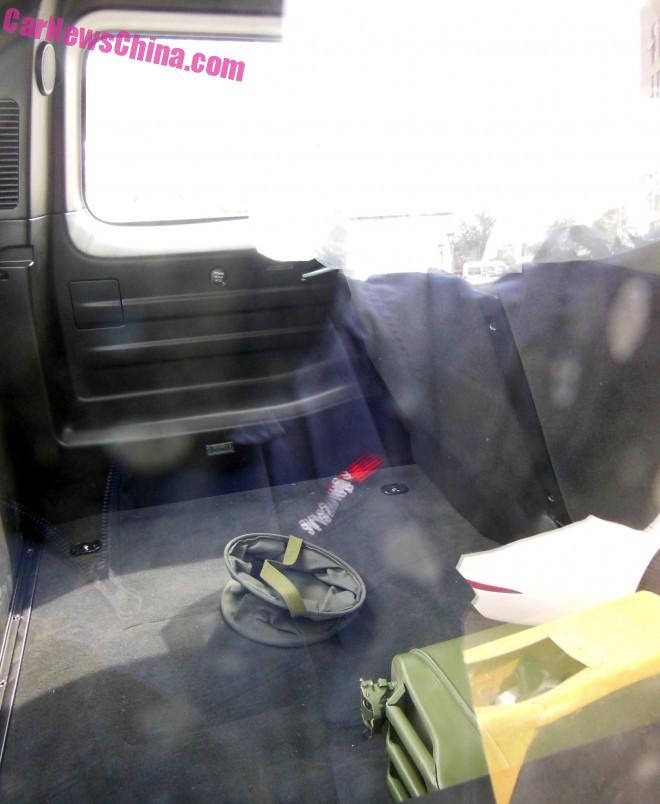 Enough space in the rear for some serious guns. 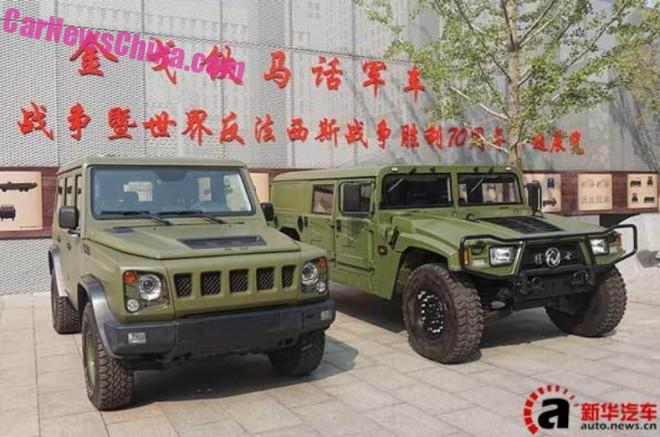 Size is always relative. The BJ80J parked next to a massive Dongfeng EQ2050. 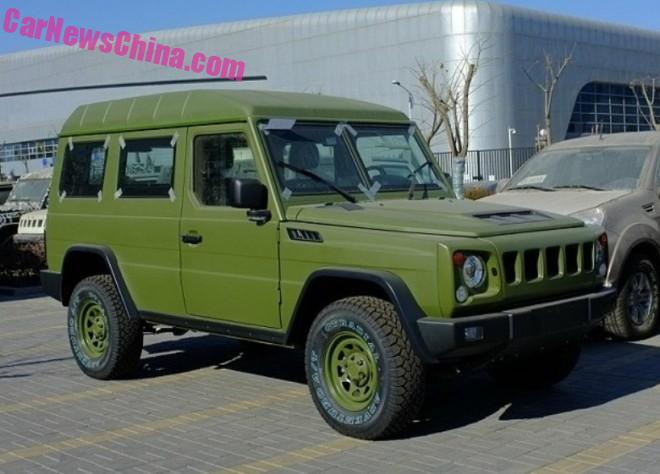 The three-door raised-roof variant of the BJ80J. More variants coming soon. The BJ2022 has about twenty.