Spy Shots: the Beijing Auto BJ80 in all sorts & shapes 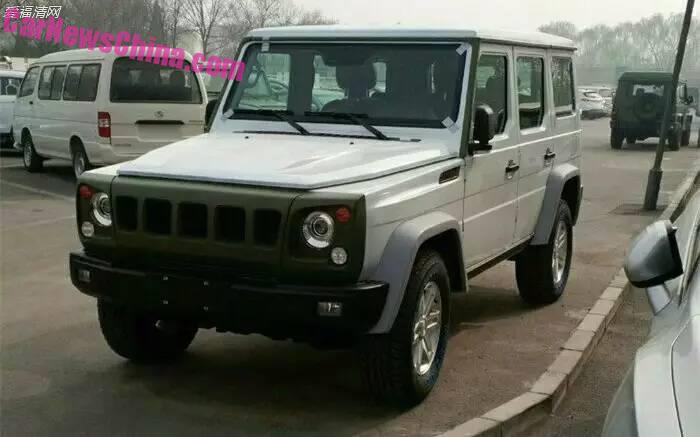 New Spy Shots of the production version of the Beijing Auto BJ80, a new rough ‘n ready full size SUV for China. This white example is a base-spec variant, oddly here with an army-green grille. In the background a real military variant with a raised roof, more on that one below. The production-ready BJ80 debuted in April on the Shanghai Auto Show, launch on the Chinese car market is scheduled for Q4. 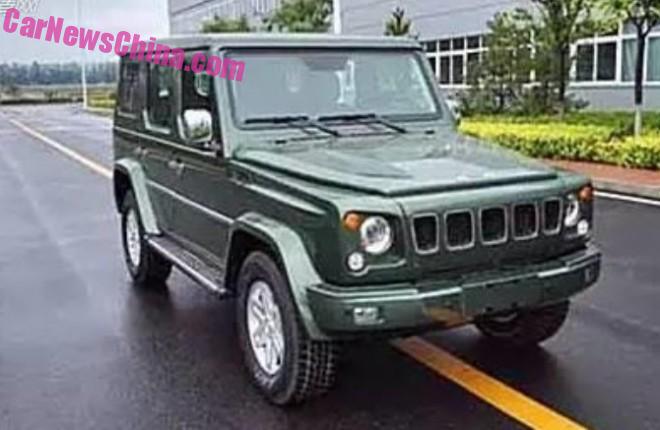 During its development the BJ80 has been seen with many different engines, but it is now sure the BJ80C will be powered by the Saab-developed 250hp  2.3 turbo four-cylinder petrol, mated to a six-speed automatic transmission.

What exactly will power the military BJ80J is yet unsure. We have heard about:

It is very well possible that the J will be available for the army with different engines, as engine requirements also depend on mission profiles. A command car might benefit from a smaller and lighter petrol engine, while a heavier transport variant might benefit from a diesel with more torque. 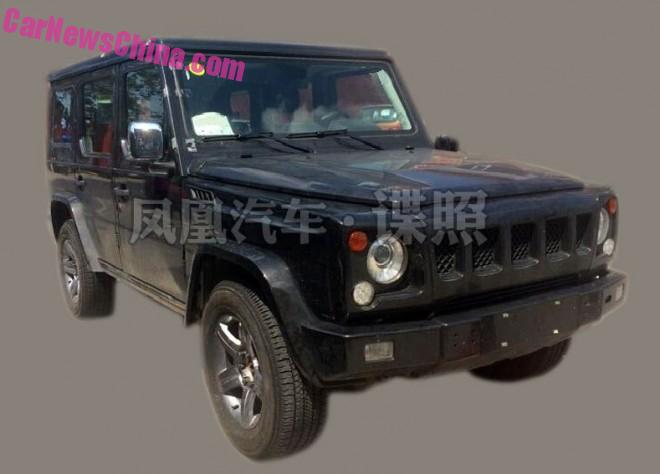 A black base variant with chromed mirrors. 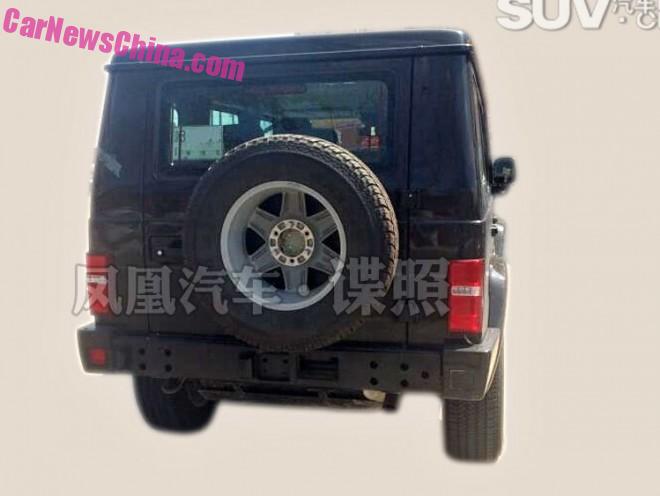 Rear end of the same car. 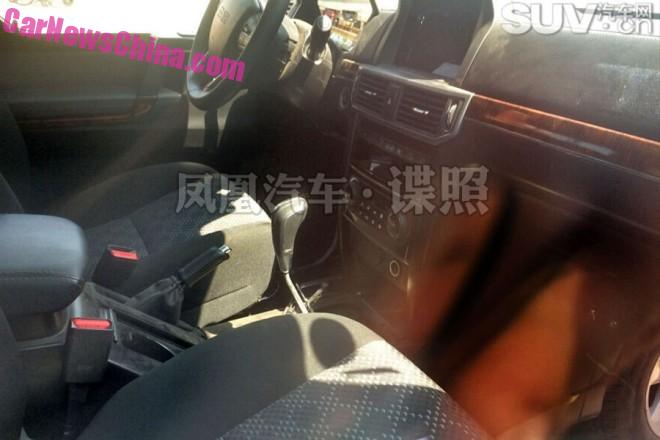 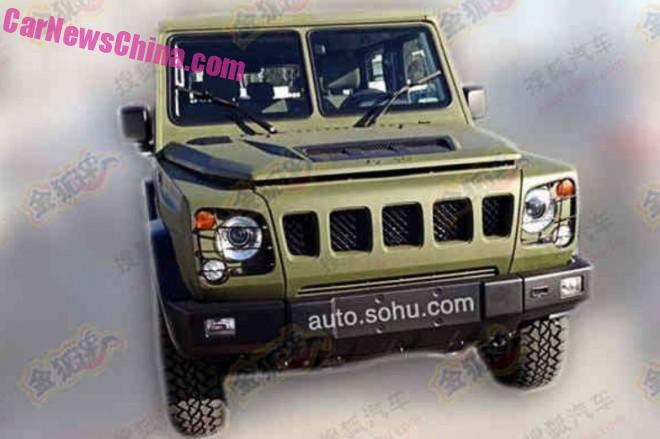 The BJ80J. Split front window, narrow tires, narrow wheel arches, and air ducts in the bonnet. Army cars see a lot of abuse so the engine needs more cooling, especially a heavy V6. This particular car is the 3-door variant with raised roof. 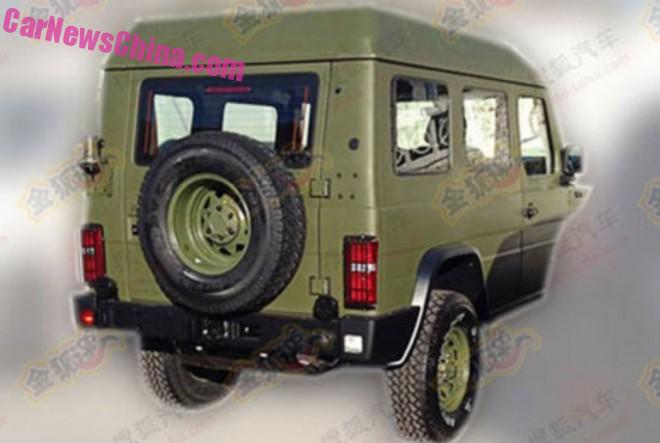 Same car seen from the rear. Roof adds space for soldiers with their helmets on. Taillights covered. 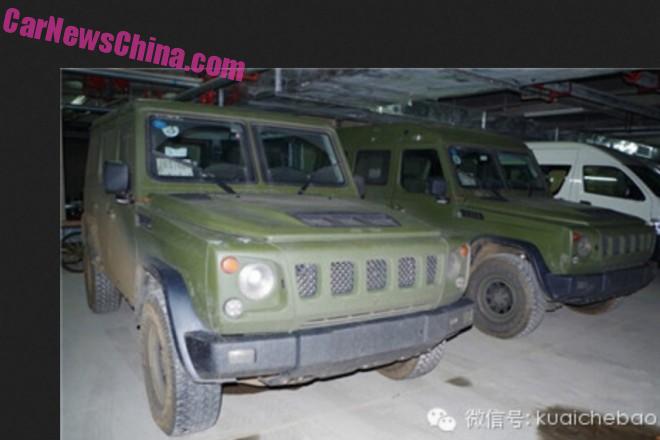 To the left: a five-door military variant. Wider tires here. 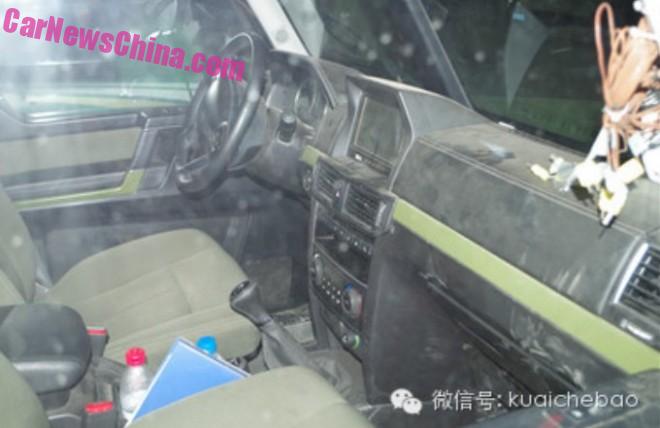 The interior of the five-door. Design pretty much the same as the BJ80C. Army green camouflages the dashboard. Seats in simple green cloth. 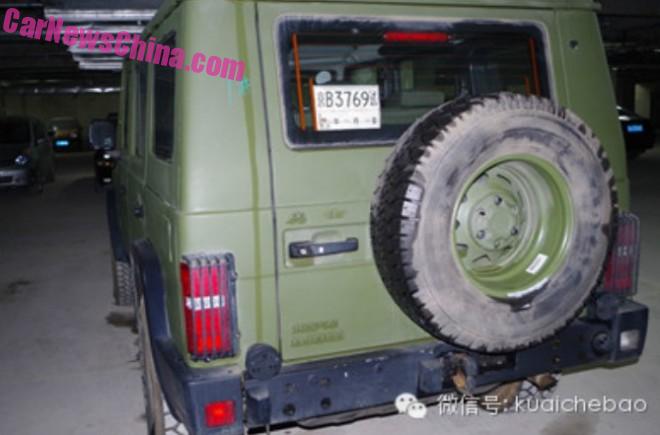 Taillights covered again, but front lights are not. 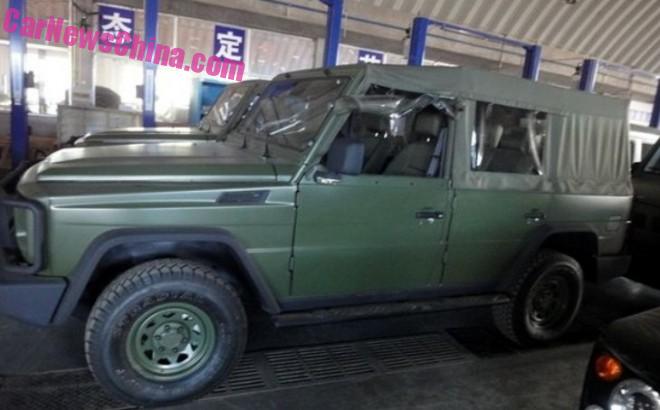 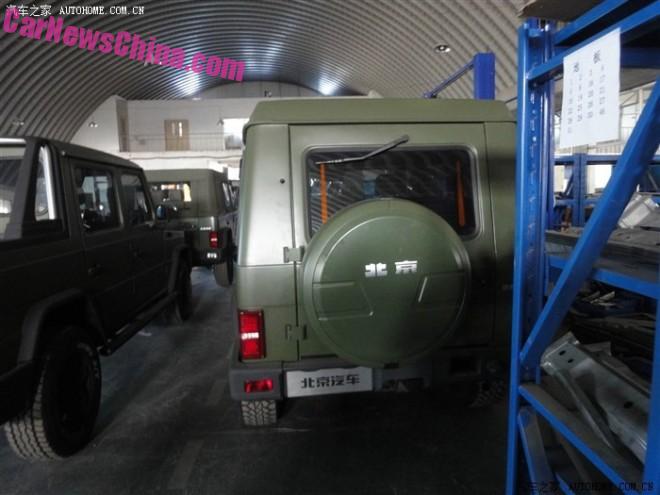 On the left: a four-door pickup truck. Car on the right is the three-door with raised roof. 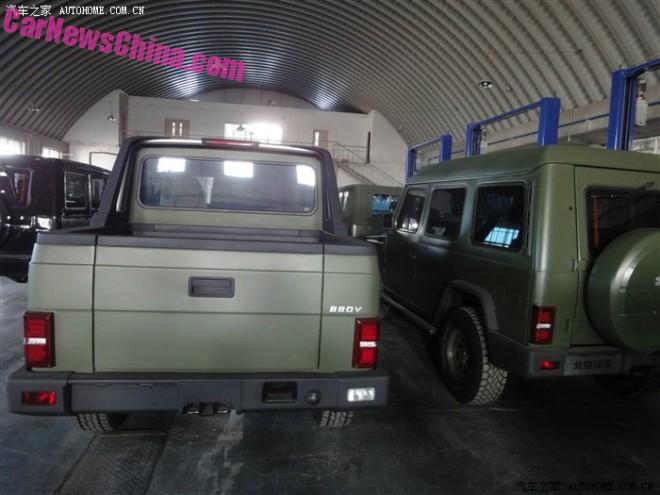 Pickup truck is designated ‘B80V’ here. That was the old designation for the military version. 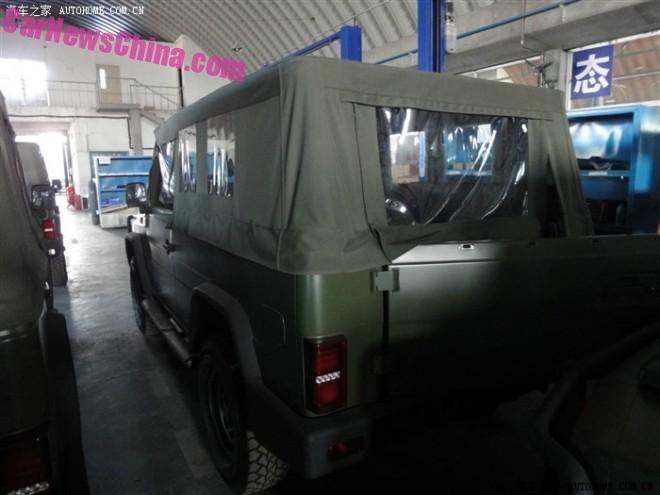 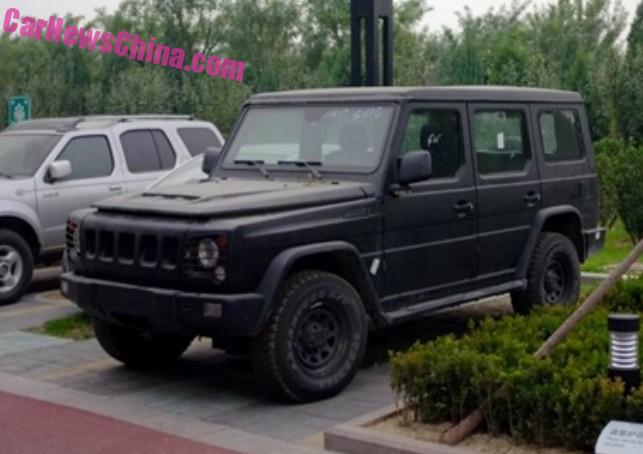 And we end with the coolest variant we have seen so far: black army, likely for the People’s Armed Police and SWAT teams and such. We expect many more variants to surface in time. More about those soon later…