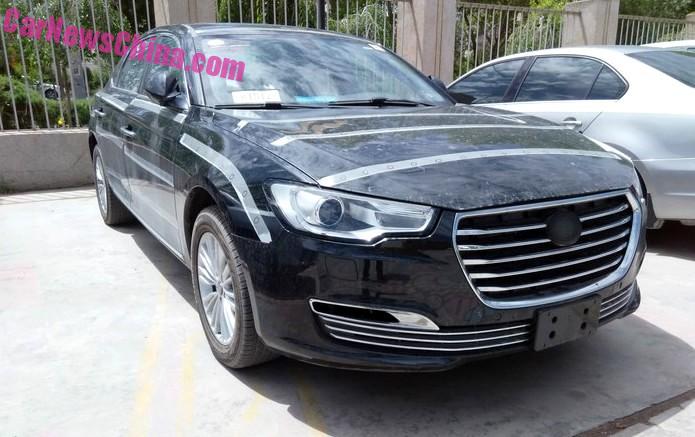 The best Spy Shots so far of the new JAC Refine A6 sedan for China, looking almost ready for its launch on the Chinese car market in December, featuring a giant shiny grille and even more shine in the bumper. The JAC Refine A6 debuted in concept form in 2014, and came back as the JAC Refine A60 semi-concept in April.

Nice interior with white leather, some wood, some alu, and some piano black. Infotainment screen is small for 2015 and doesn’t seen touch. Center console looks neat with a shiny controller, a start button, and an electronic parking brake. The latter two are located on the right side of the gear lever, which doesn’t seem very handy.

It will be positioned above the JAC Heyue sedan. Price will start around 170.000 yuan and end around 240.000 yuan. It will compete with cars such as the Guangzhou Auto Trumpchi GA5, Chery Arrizo 7, the Geely Emgrand EC8, and the Changan Raeton. 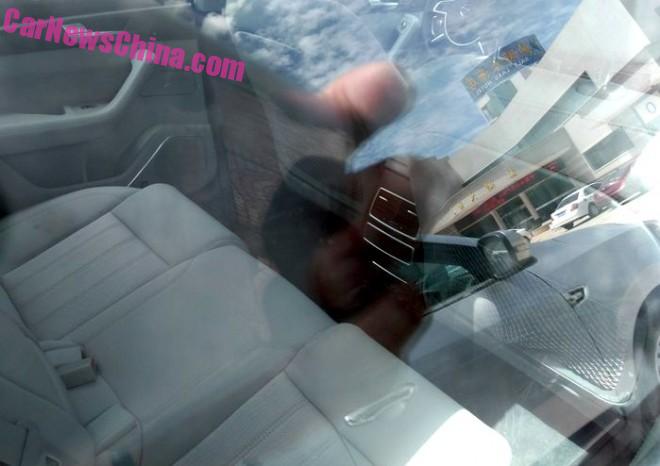 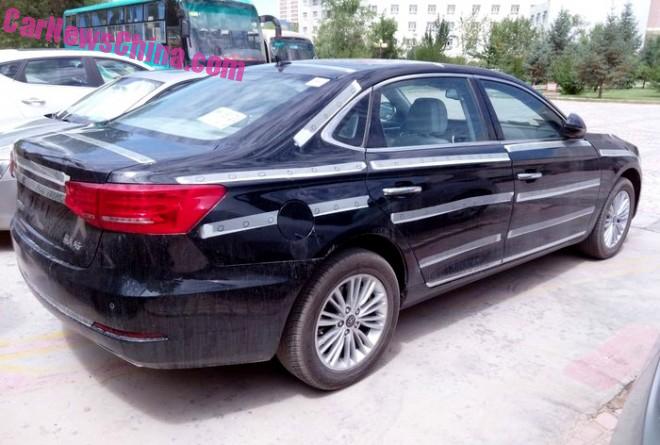 Taillights are the largest we have seen in a while, in a time where smaller units are fast becoming an important new trend. Wheels look s size or two too small. 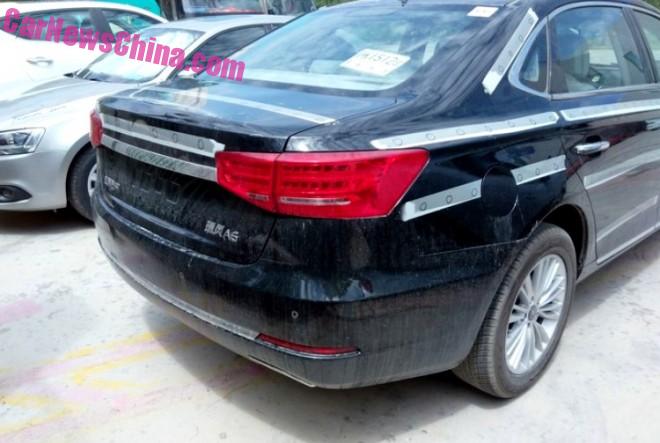 Refine A6 badge clearly visible on the right. JAC apparently decided to ditch the zero again. 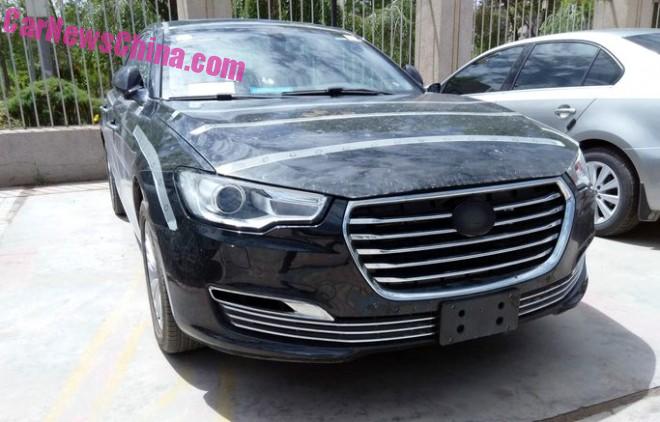 The new JAC Refine A6 for China. Grille will crunch all.