This is the Zotye SR7 SUV for China 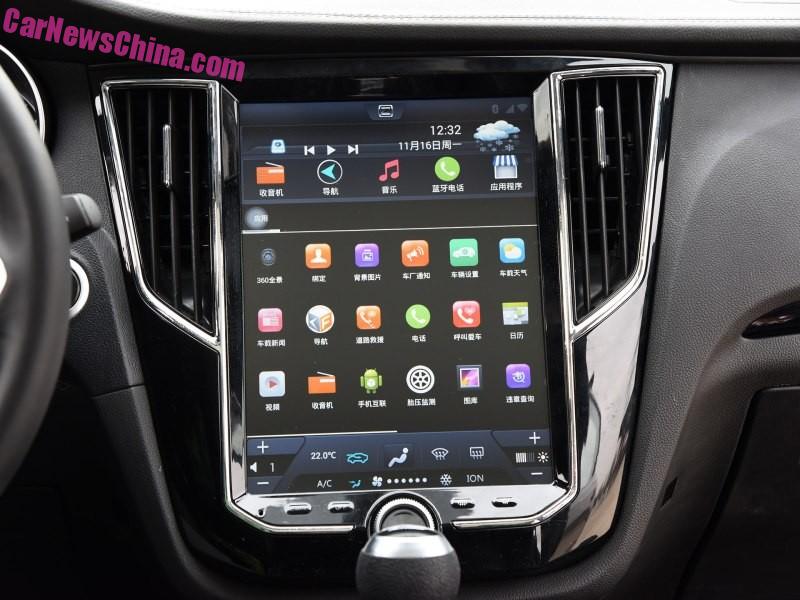 This is the all new Zotye SR7 SUV for China. The production car will have its debut on the Guangzhou Auto Show, starting on Friday.  It will be launched on the Chinese car market in late December, price is expected to start around 100.000 yuan. Now for the screen! The whole 12 inches of it; the largest touch screen ever seen in a Zotye, in a local Chinese car, and in the world. Sadly, functionality is limited by the gear lever knob, which blocks access to the home button when in P.


There is so little space that even out logo won’t fit in between. 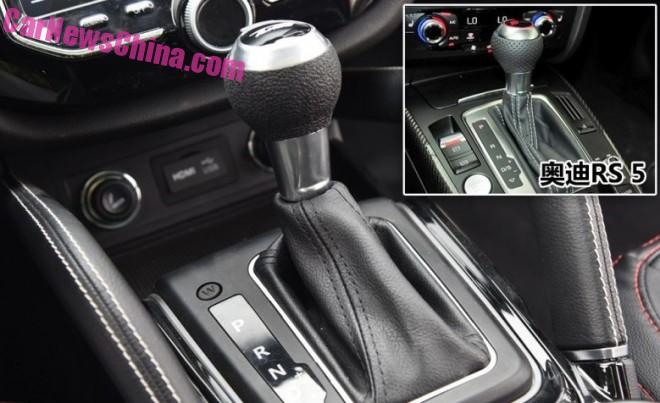 The knob, and the entire lever section, are copied from the Audi RS5. The Audi’s leather looks better. 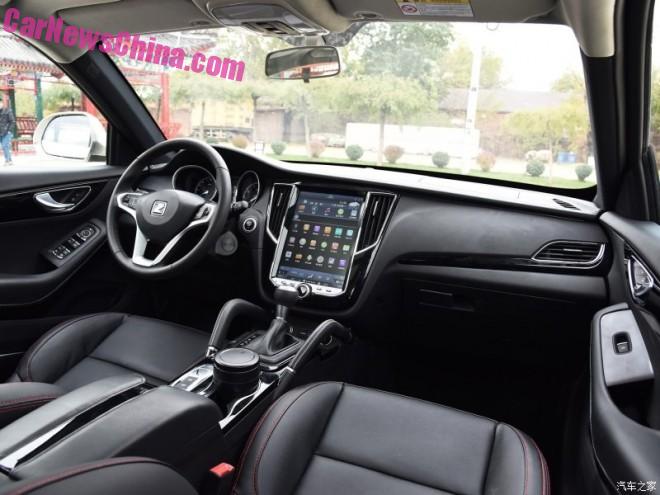 A look from the rear, with the knob clearly in the way. The rest of the inside looks pretty classy. Black leather with red stitching, a sporty steering wheel, some wood panels, a wide center tunnel, and kinky handlebars on each side of the lever. 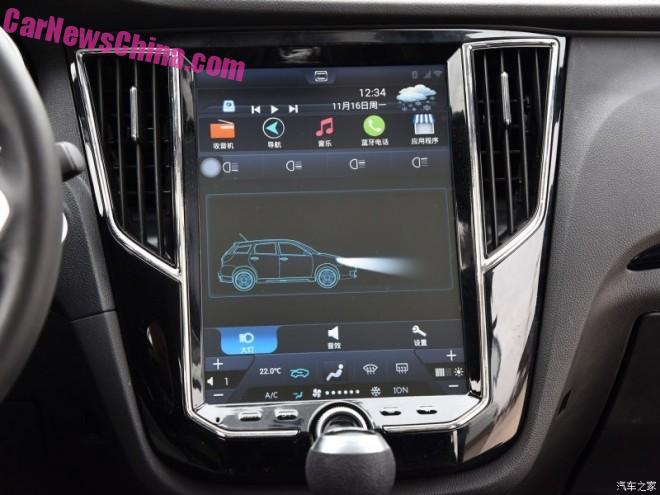 The infotainment system controls the air conditioning, the height of the front lights, the seat heating system, the GPS system, the rear-view camera, the park-assist system, the maintenance system, the telephone system, the radio, and the television. The system is furthermore equipped with 24/7 internet, a special weather app, a video player, a photo player, a music system, a browser, a special shopping app for the wife, and its own wifi hotsport. Brilliant stuff in a 100.000 yuan car. That’s 15.680 USD. Note gear knob sitting in the way. 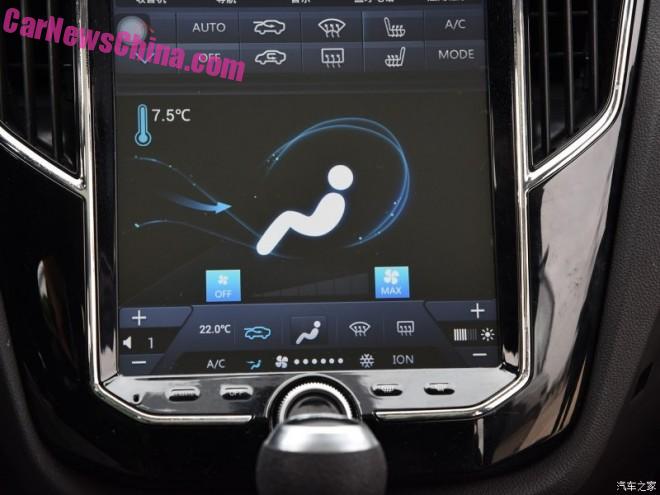 The aircon in action. Note gear knob sitting in the way. 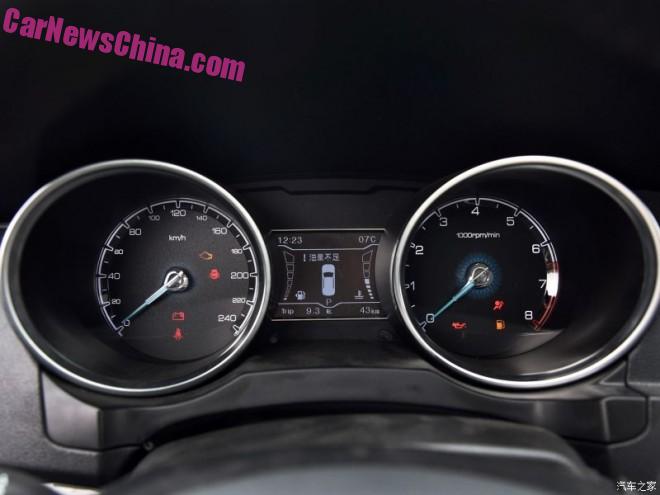 A look at the dial, They don’t look that cool here but that blue star kinda-thing around the center on the rev counter is actually really duper super in darker environments.

A proper cigarette lighter, HDMI and USB connectivity, and a 12 V port so the wife can try that new ladyshave she bought on the in-board shopping channel. 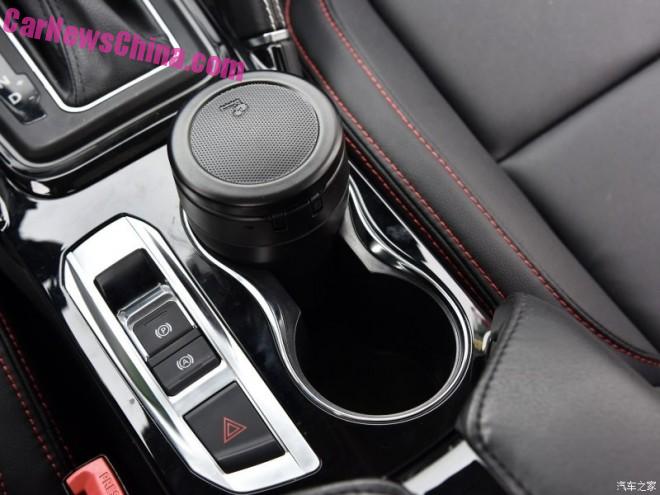 Twin cup holder with an ashtray installed in the front one. Better tell the wife to be careful when she is thirsty. 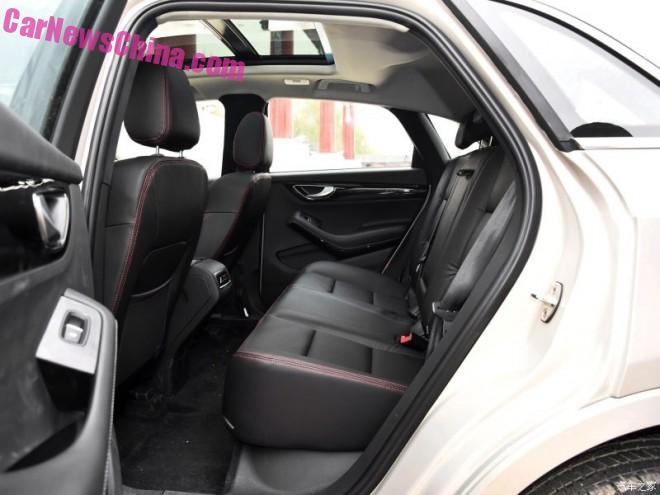 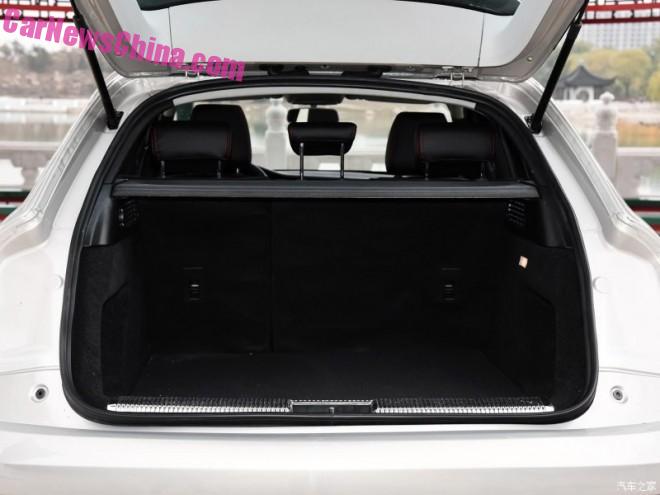 Enough space for a lot of lady-shavers. 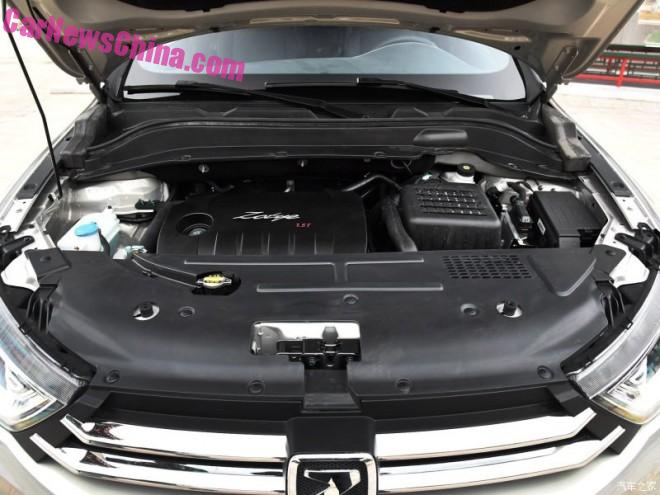 The Zotye SR7 is powered by a 1.5 liter turbocharged four-cylinder petrol engine. Output is 150hp and 198nm, sending power to the front wheels via a CVT gearbox with a in-the-way-sitting knob. There is no manual box available, and that is special in this segment of the market where most cars come with a manual standard and an automatic optional. 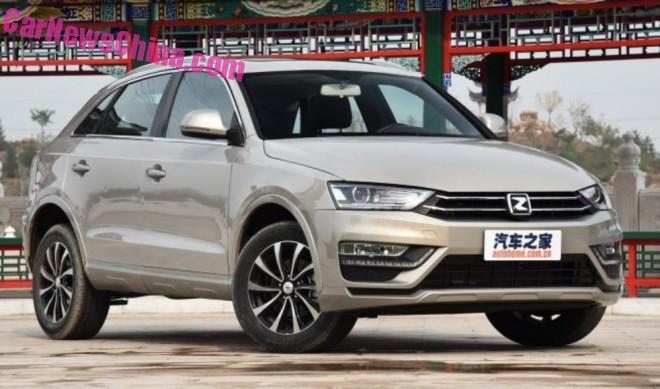 Now for the exterior. The SR7 is a controversial vehicle because it looks very much like a clone of the Audi Q3. Zotye is good at being controversial; so we have the Damai X5 (Tiguan), the Zote T700 (Macan), and the Zotye T600 (Audi Q5). Well, at least they stay within the same company!

The Zotye SR7 is the first car of the new Zotye S-series, a series that will eventually morph into a separate brand, with its own identity and dealer network. The name is interesting. Zotye says that ‘SR’ stands for “Sixth Revolutions”, and the ‘7’ for the continuation of exploring and challenging, which then will lead to a new revolution (SR8, ER9..?).

That’s as close as a clone comes…

Very Q3 in profile. Wheels are almost cool and for once not too small. 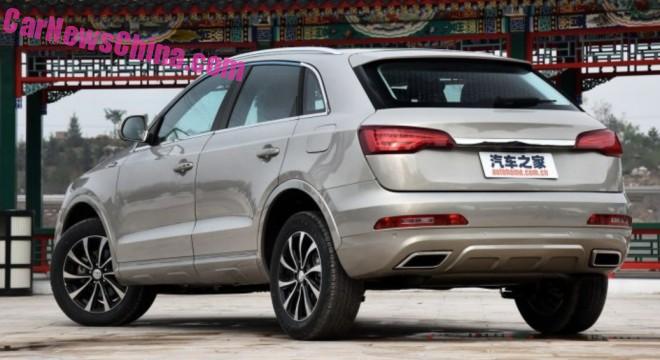 Rear lights are Audi too. Chrome strip connecting them. Pipes neatly integrated in bumper, which also has a fake skid pad. Roof rails appear to be useless. 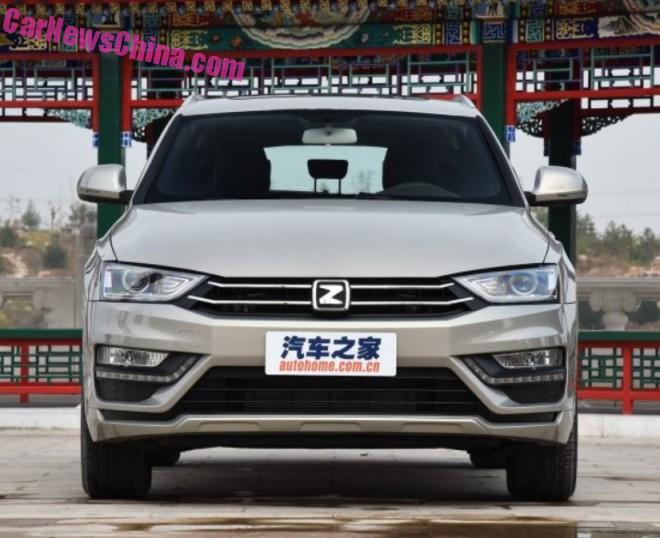 Z for ‘zank you Audi’. Grille is low on chrome, but the bumper has some LED. 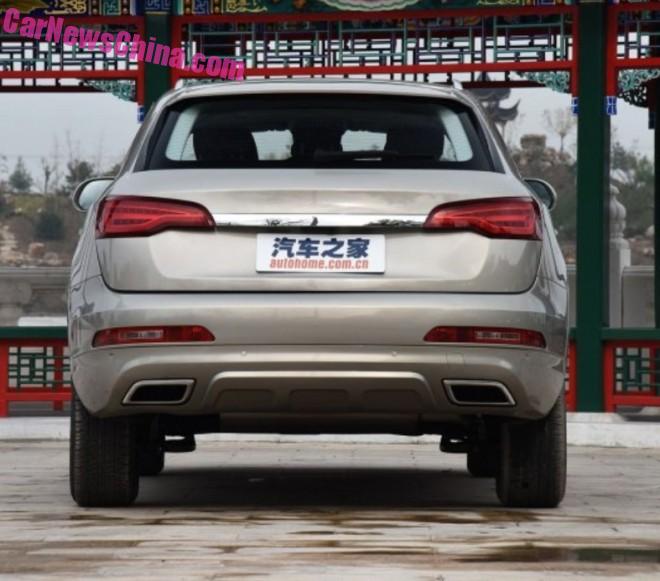 An entirely empty ass. No badges or numbers. On an official Zotye press car. Odd. But we have seen this sort of oddity before. It most likely means that ‘SR7’ is not the real name of the vehicle, and that Zotye wants to surprise us all in Guangzhou, revealing the real name on their press conference with an elaborate and funky show, with cool people dancing around. Chinese car makers like such kinda fun.