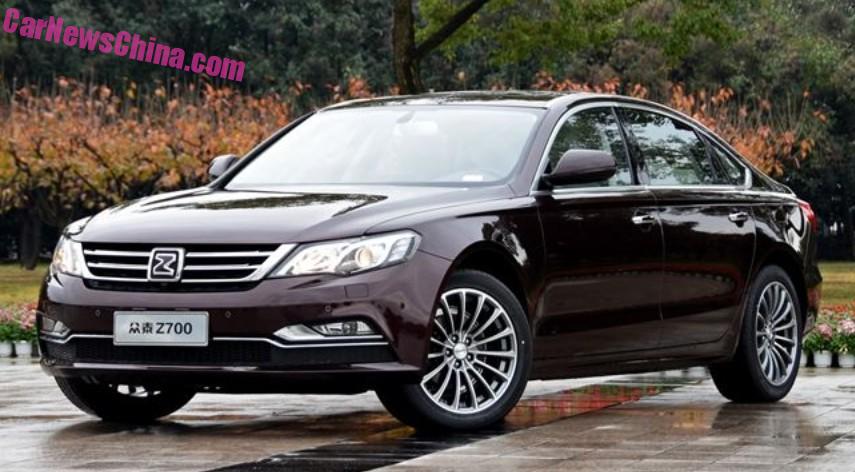 Zotye Auto has launched the brand new and slightly controversial Zotye Z700 sedan on the Chinese car market. The Z700, formerly known as the Z600, is the new flagship of the ever expanding Zotye line-up. Price starts at 99.800 yuan and ends at 158.800 yuan. The vehicle is controversial because its dashboard is a 1:1 clone of the dash of the Audi A6L.

The design of the exterior is heavily influenced by the Audi A6L too, but a clone it is not, so we call it a mix. And the mix has cooked into a fine meal, the Z700 looks sleek and sporty, with the D-pillar and front bumper section especially impressive. Dimensions are extremely close again: 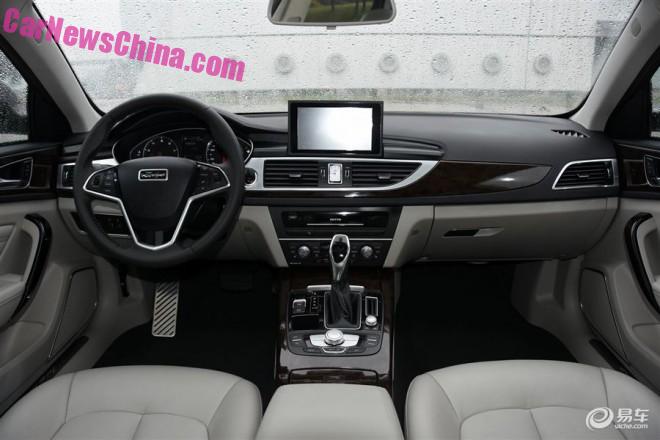 There is however no excuse for the dashboard. Compare with Audi A6L: 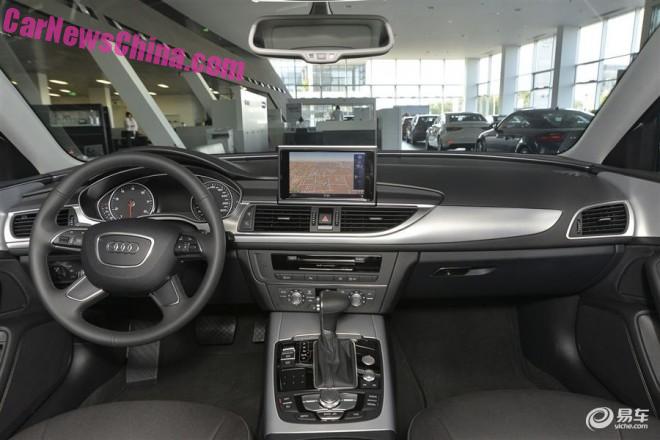 There are a few small differences: the steering wheel, the shape of the touch screen, a clock between the vents instead of the emergency buttons, and a few minor details on the center tunnel. A closer look: 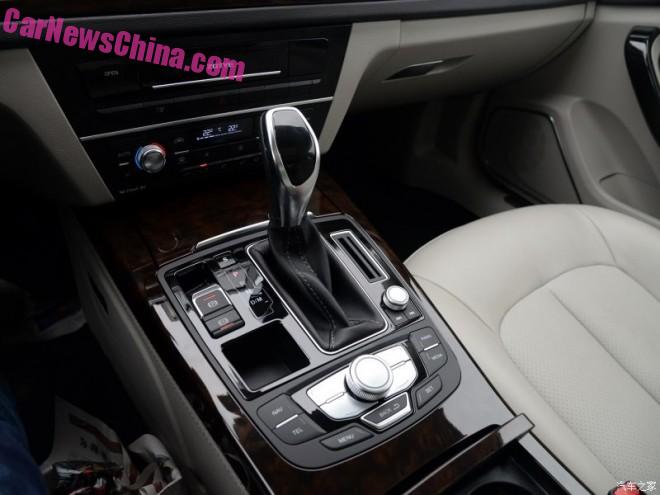 Zotye. The location of all the buttons is exactly the same. Even the design of the buttons is very similar. Look for example at the back-button under the controller, and the button for the electronic parking brake. Design is so close is almost seems as if Zotye buys its parts from the same supplier as Audi, which is not at all impossible, as most of this kind of parts are made in China.

The only differences: the shape of the gear knob, the Z700 goes without a telephone keypad (probably considered too old fashioned), and Zotye adds an innovative holder for credit-card shaped cards on the right side of the lever. 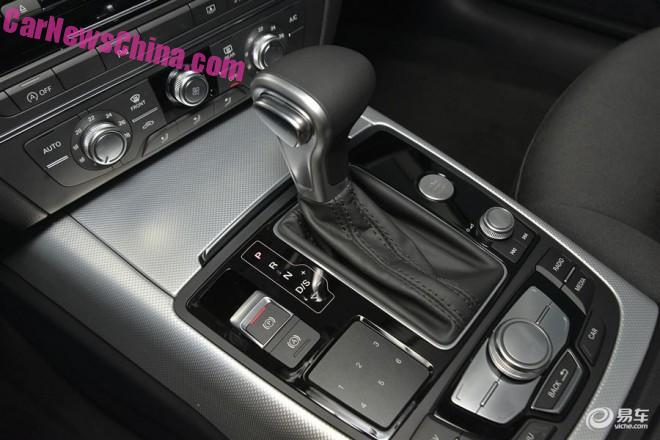 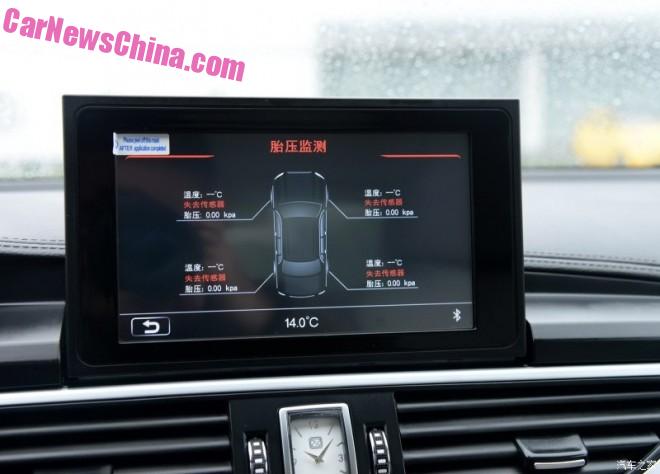 The screen in action. Graphics are all right but not brilliant. Clock and air vent controls look almost cool. 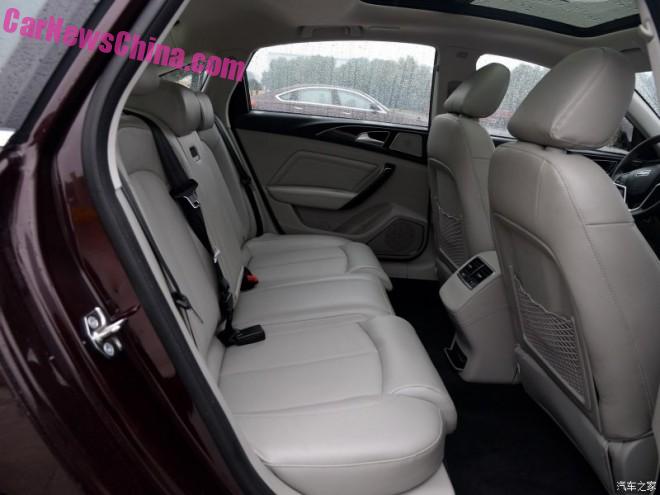 A lot of space in the back and room enough for three. Black carpets go well with beige seats. 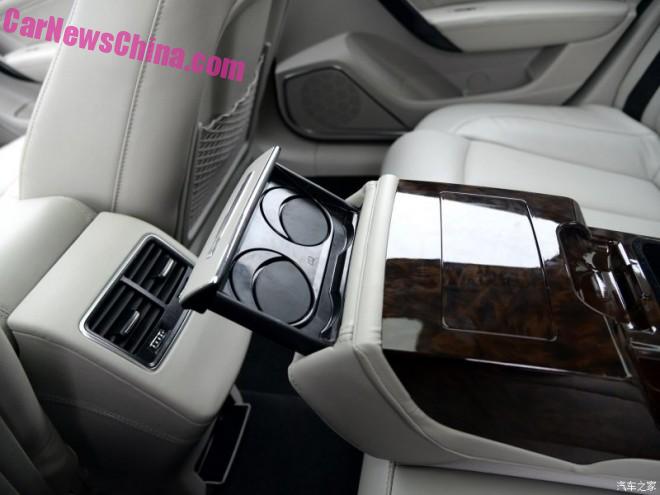 The armrest comes with fake wood and two cup holders in a flimsy looking frame. 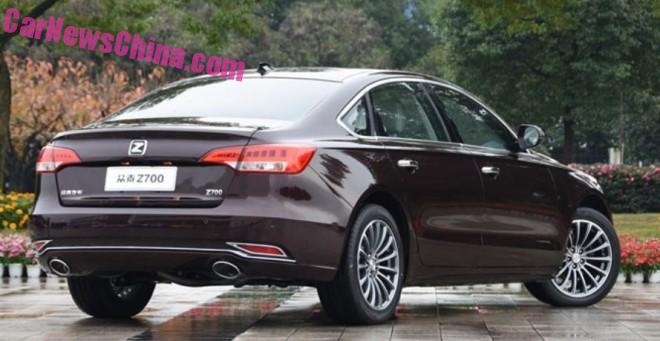 The rear end is subtle for a Chinese car. Small spoiler in the boot lid, chrome around the reflectors, and two round exhaust pipes. 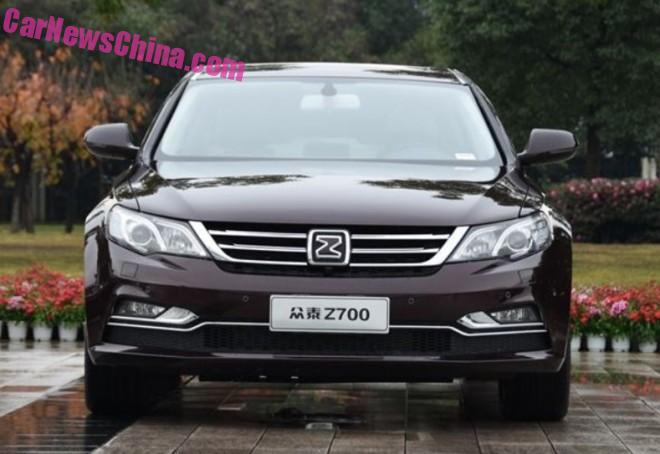 The front is less modest with a heavily chromed grille, a large Zotye logo, and a chrome strip in the bumper. 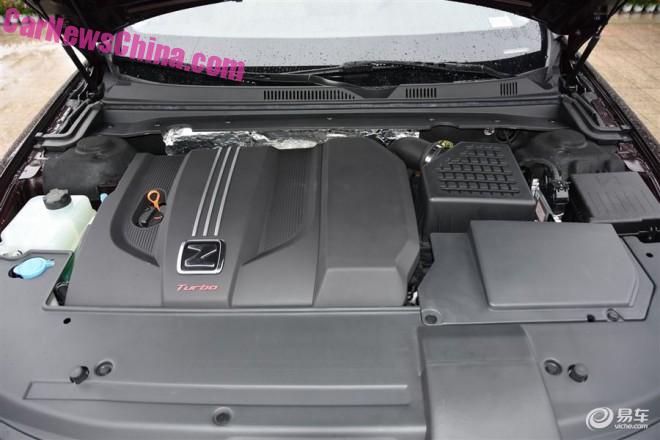 Engine bay design is very neat, almost nothing mechanic or oily in sight. Even the wife might like to look at this. The Zotye Z700 is available with only one engine: a 1.8 turbocharged four-cylinder petrol with an output of 177hp and 245nm, mated to a five-speed manual or a six-speed DCT. Top speed is 200 km/h with the manual and 200 with the DCT. The difference is caused by weight: 1560 kilo for the manual and 1656 for the DCT. 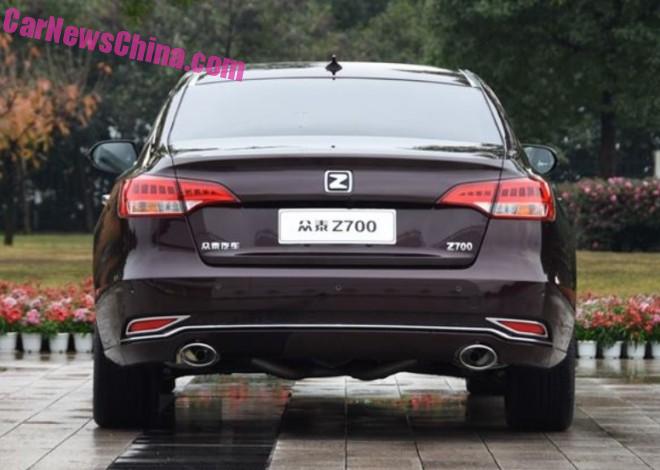 The new Zotye Z700 from China.