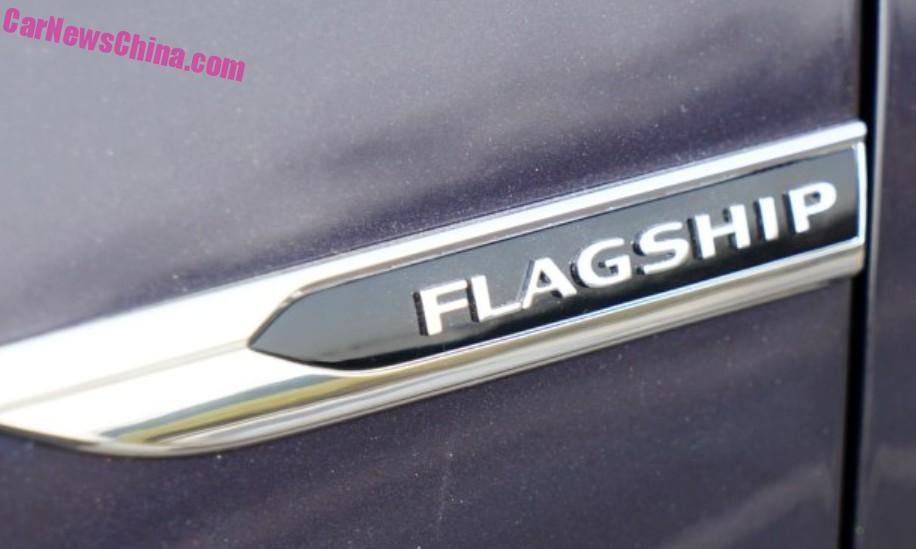 Spectacular Spy Shots of the new Volkswagen Passat Flagship, and extra luxurious variant of the Passat for the Chinese market. ‘Flagship’ (Qijian) is a very common name for the top trim level in China, like ‘DeLuxe’ or ‘Prestige’. But it is very rare that the name is visible on the car, and this is the very first time an automaker uses the English translation. The badge is located on the front fender next to the door. 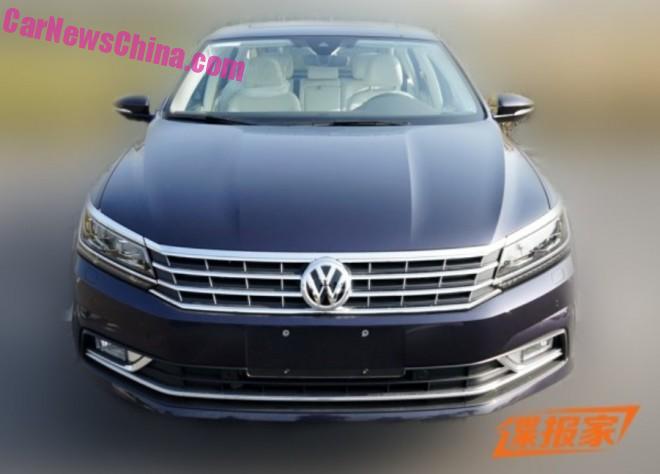 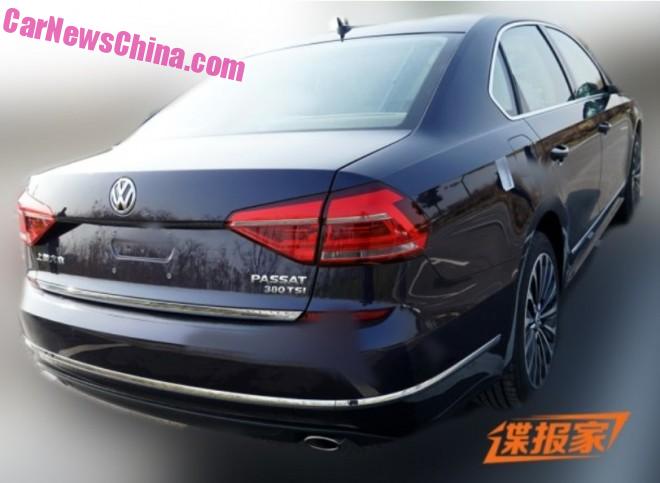 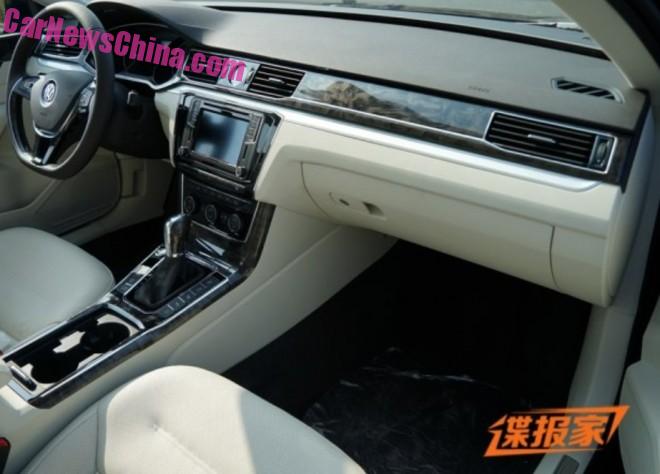 The Flagship gets a very luxurious interior with expensive looking wood, loads of leather, and some chrome. The screen for the infotainment system however is far and far too small for 2016. Even the most crappy Chinese automakers have much bigger ones standard in much cheaper cars. 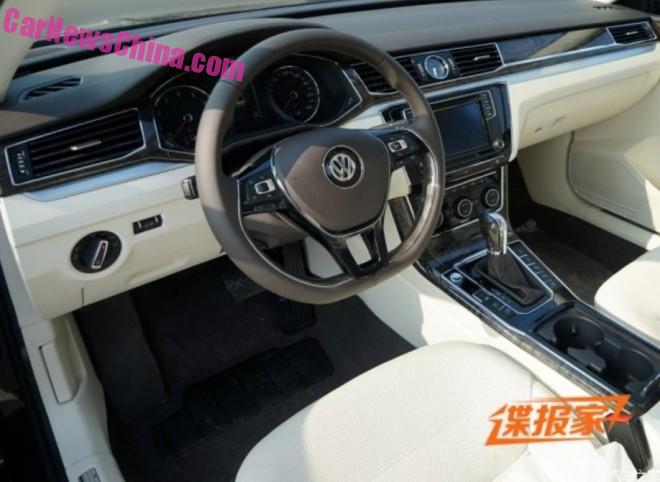 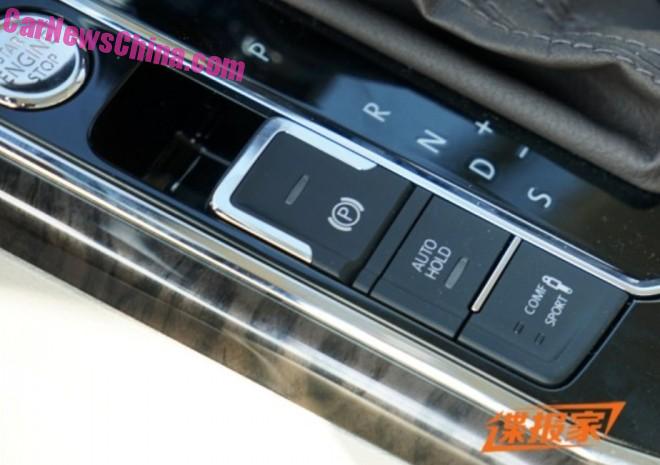 The buttons on the other had look expensive, with nicely shiny details, and the start button is shiny all over. 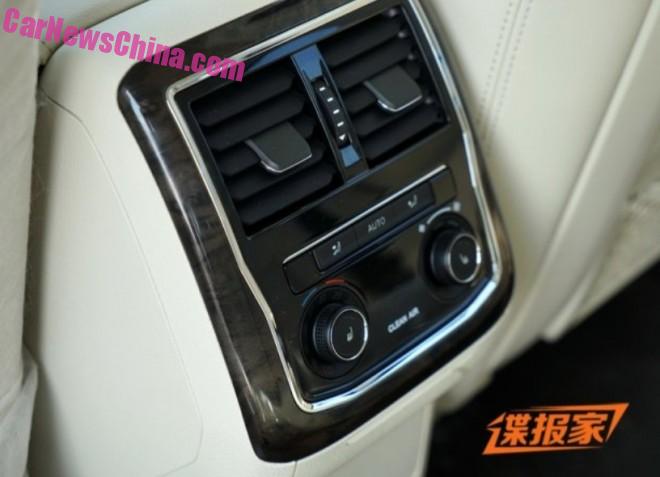 The rear panel of the center console. Note ‘clean air’ badge between the dials, indicating the Flagship is equipped with a air purifying system. 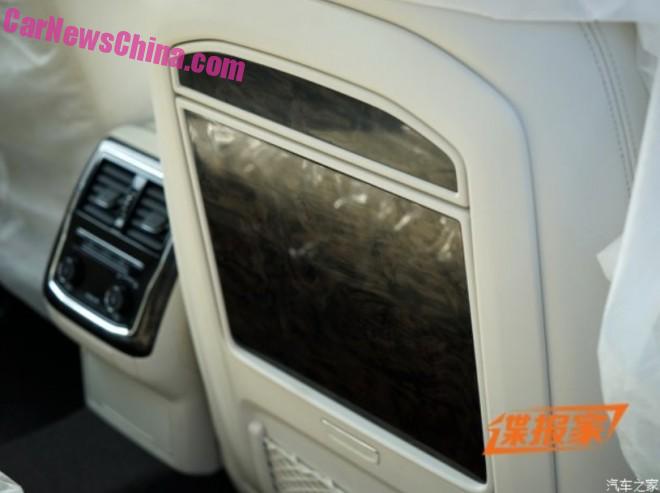 Tray tables in a Passat! The world has gone mad. 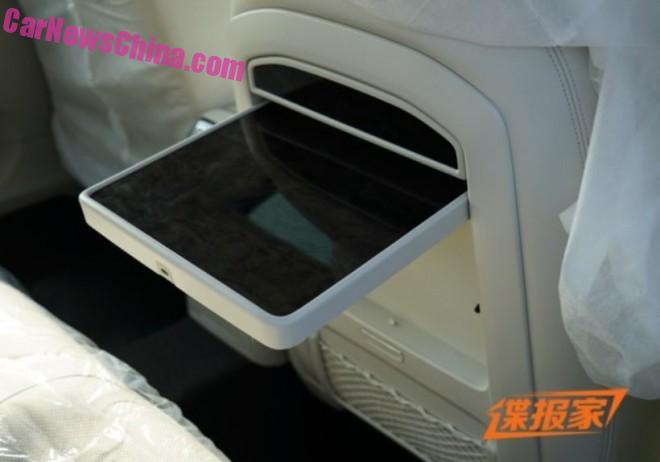 Not a bad place to dine. Sail safe now, thy Flagship!