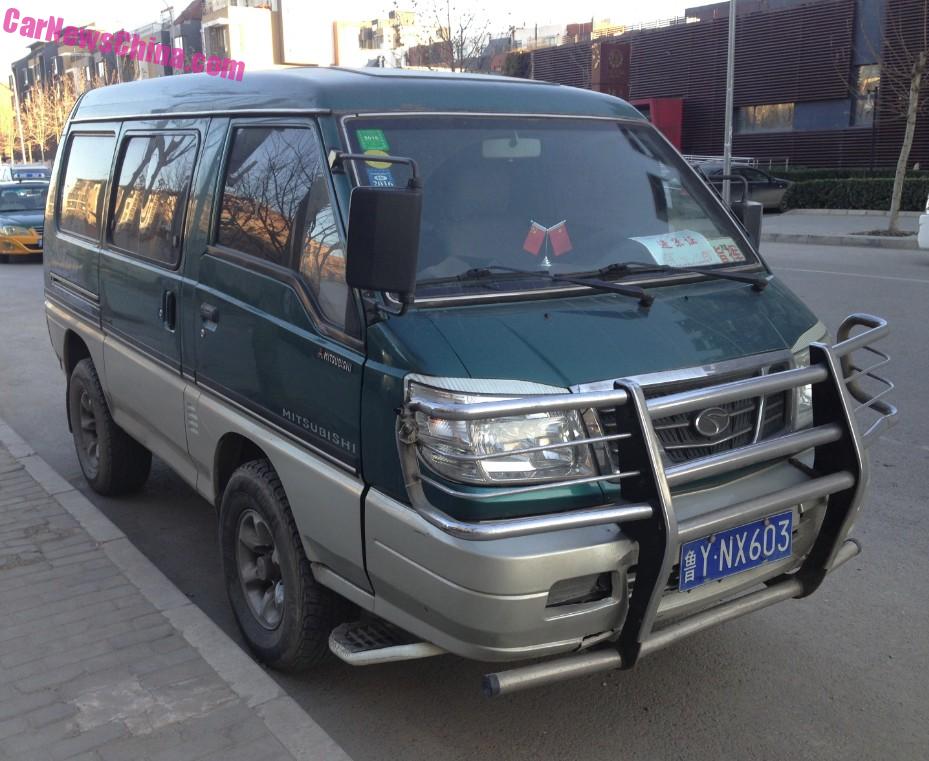 An extremely rare Mitsubishi Delica 4WD, Spotted in China in the Dongba area in east Beijing. The vehicle was a bit dusty but otherwise in a very good shape; paint was smooth, chrome was shiny, all parts were in place, and there wasn’t any rust in sight. Big bull bar was a popular period after factory option. 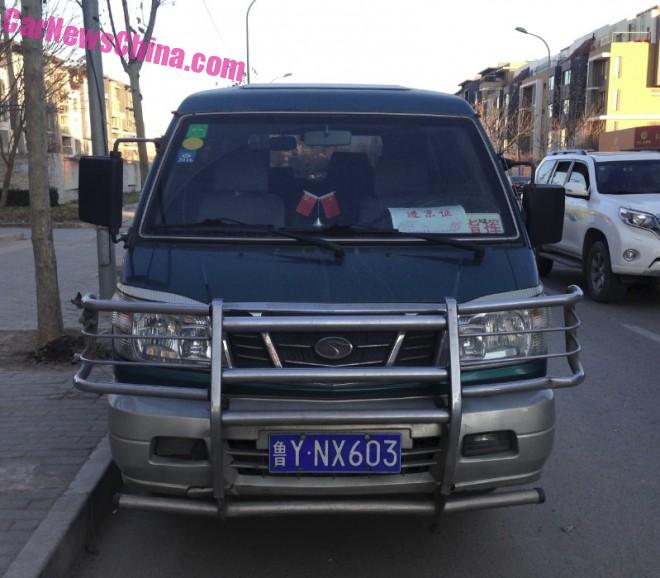 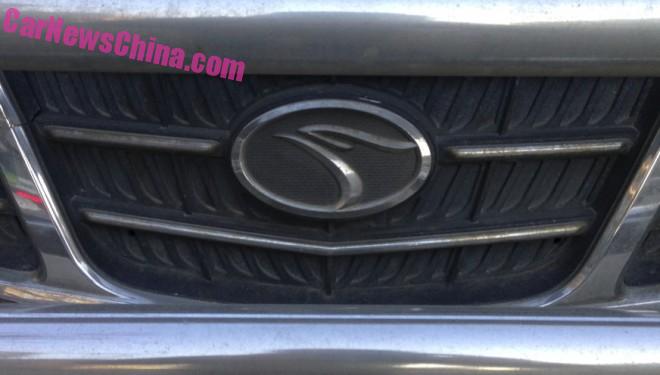 In China the Delica and Delica 4WD are and were manufactured by the SouEast-Mitsubishi joint venture, and they had a SouEast logo on the grille instead of a Mitsubishi logo.

Production of the Delica in China started in 1997, while the rest of the world had already received the fourth generation Delica (1994-2007). Amazingly, production of the third-gen van and MPV versions continues until today.

The 4WD versions however had a relatively short production run, starting in 1998 and ending in 2006. Today they are highly sought after by off-road fanatics who use them for desert racing and rock crawling competitions. 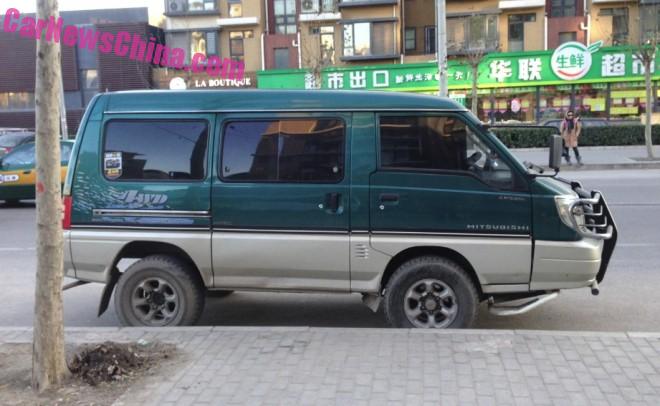 The chassis was up a full 10 centimeters compared to the base Delcia. ‘Delcia’ by la way stands for ‘DELivery CAr’. Initially, the Chinese Delcia 4WD got power power from the famous Mitsubishi 4G64 ‘Sirius’ engine, a 2.4 liter petrol with an output of about 150hp and 210nm.

This particular car however is a late example, and powered by the 4G69 variant of the Sirius. The 4G69 was fitted with Mitsubishi’s MIVEC variable valve timing technology, and good for 162hp and 219nm. Transmission was the same five-speeder. 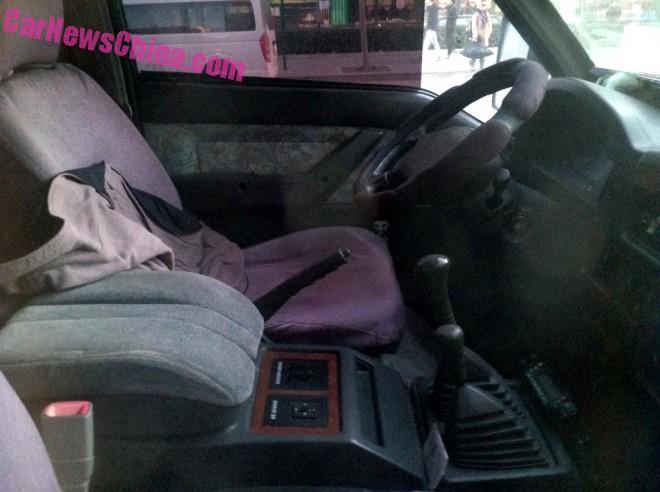 The interior was not in a very good shape. Seat covers try to protect the original gray seats but largely fail. Wood panel for the electric-mirror switches in the center tunnel. Steering wheel cover is after-market. Fabric on the doors is dirty but original. 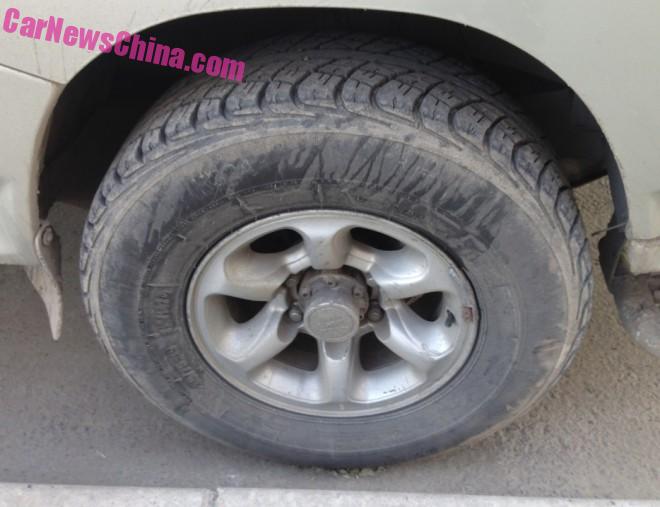 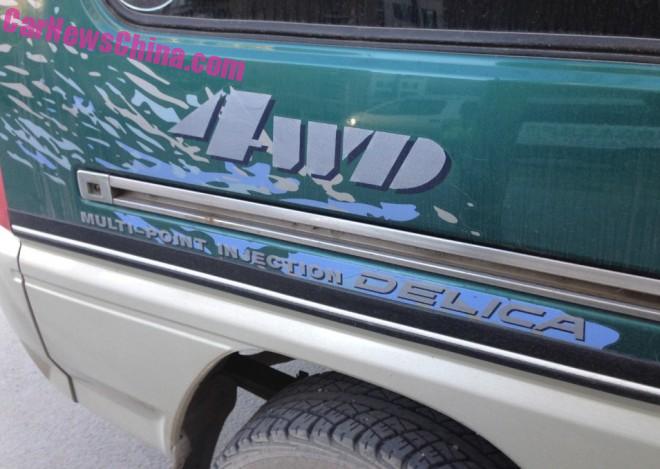 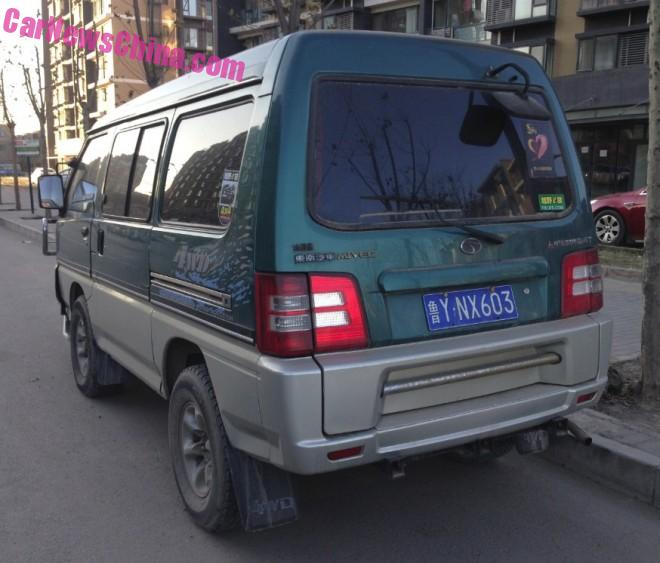 SouEast logo in the middle next to wiper. License plates are from Shandong Province. ‘4WD’ mud flaps are original. Tiny exhaust pipe on the right side. 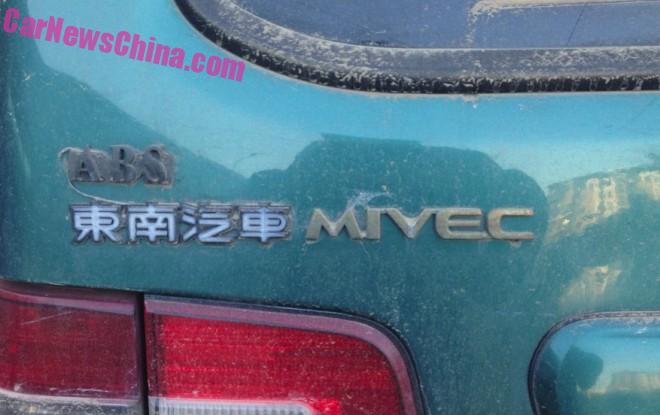 ABS was still special in China in those days, so it deserved a badge. The characters write, in classical Chinese, Dongnan Qiche, SouEast Auto. MIVEC badge for the 4G69. 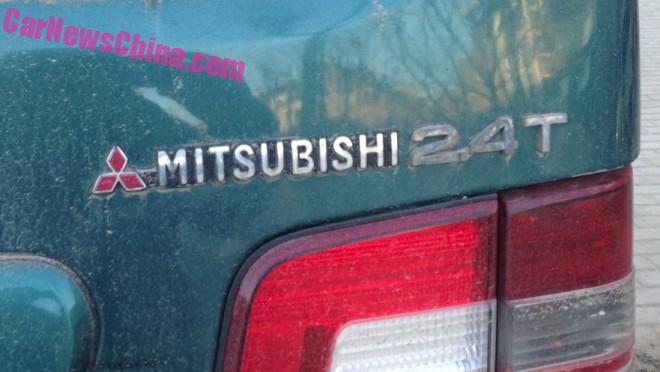 The 2.4T badge seems a fake. The number is right, but there was no turbo, and the style of the badge is completely different. Mitsubishi badge is a beauty! 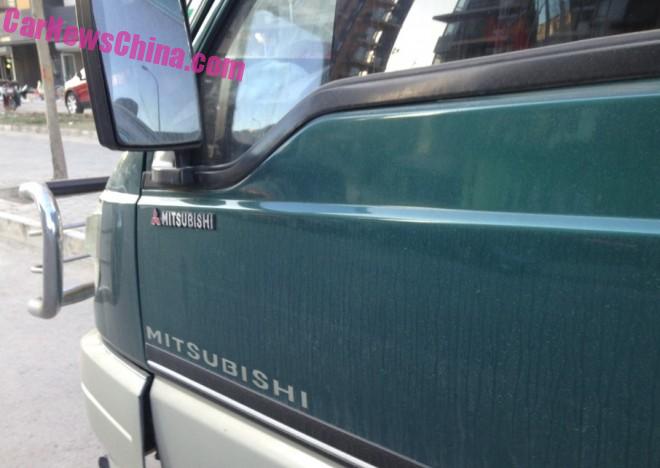 Same badge under the mirror and once more Mitsubishi on a sticker on the door. 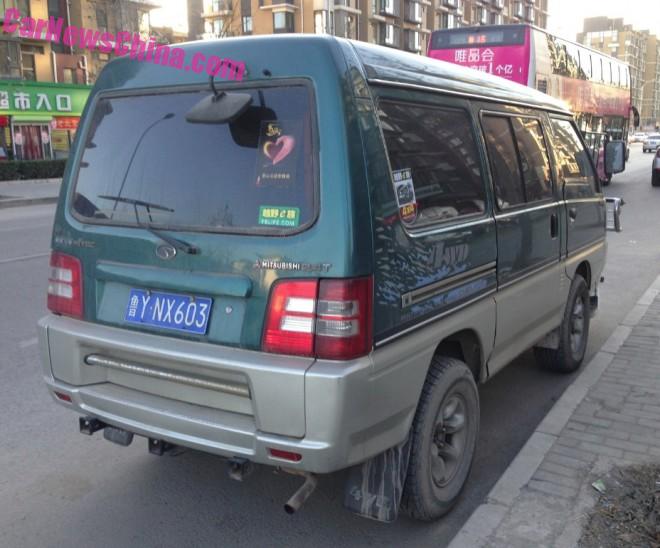 With pink bus in the background. 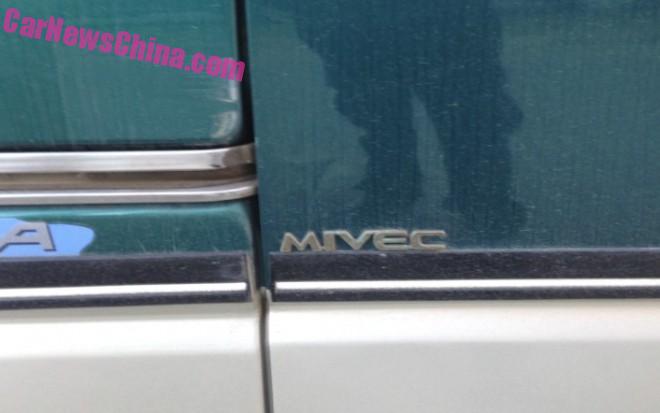 MIVEC badge on the sliding door. They were proud of it… 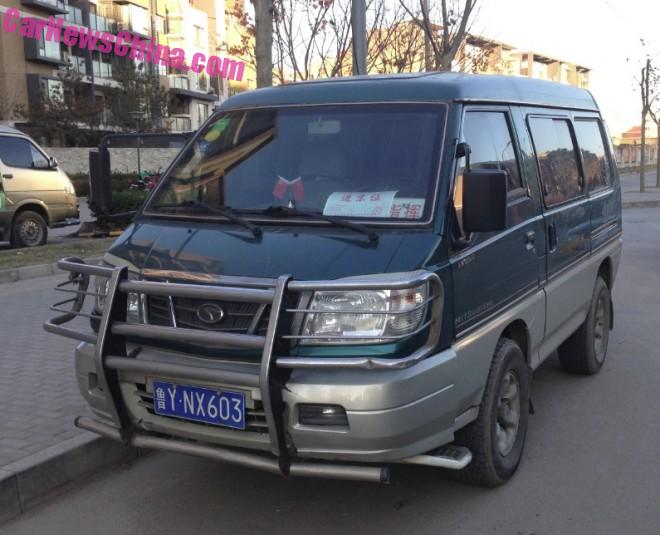 When I started traveling in China in the late 1990’s the Delcia 4WD was quite common, especially in cities further inland. Some were even in service as long-distance countryside taxi-buses and I used them a lot, so seeing this great looking example in Beijing brings back great old memories. May she ride a long time long coming over the long and endless roads!