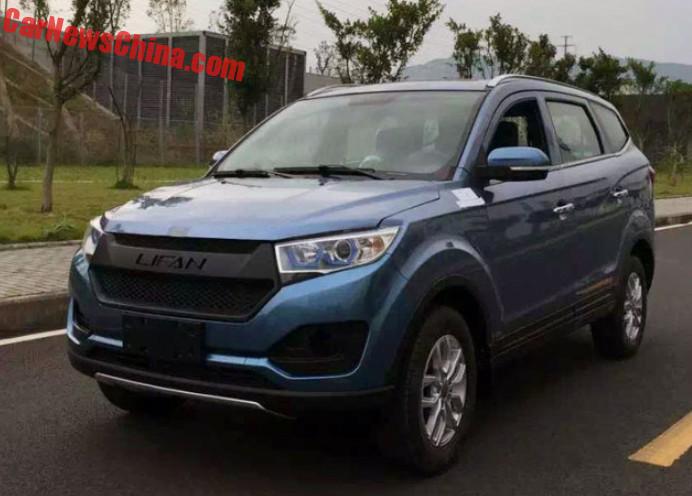 New Spy Shots of the upcoming Lifan Maiwei compact SUV for China, featuring an all black grille without any chrome, huge wheel arches and toy-car wheels, big mirrors and barely usable roof rails. The Lifan Maiwei will debut on the Beijing Auto Show in April and hit the Chinese market soon thereafter. 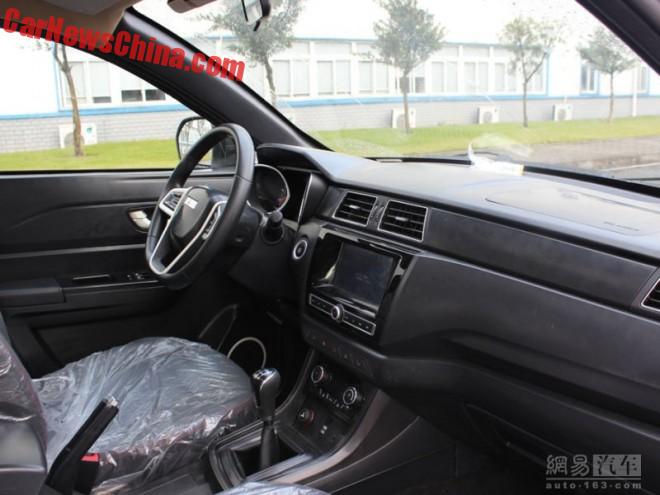 The interior is very dark, with loads of black and gray plastics. Chrome bits try hard but fail to livin’ it up. Dials though have a sporty touch. The Lifan Maiwei will be powered by a 1.5 liter petrol engine with 103hp and 133nm, mated to a five-speed manual gearbox, sending horses to the front wheels. 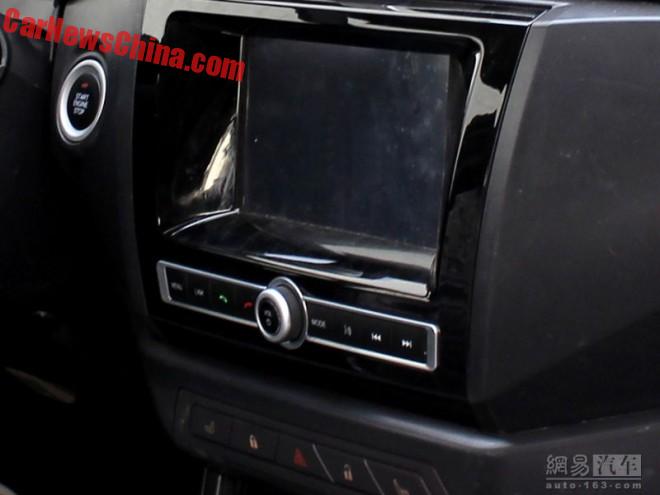 The screen for the infotainment appears to be non-touch, with line of buttons just below it. Start button on the left side of the screen. 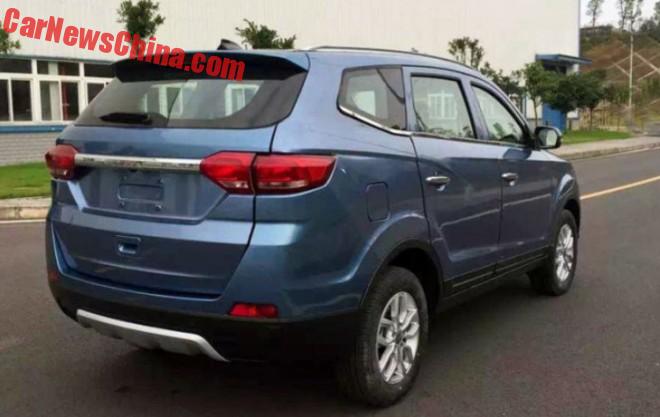 Narrow rear window and wide D-pillar will block much rear-view visibility. But trendy! Trendy too are the red taillights connected by a chrome strip. Black bumper with a skid pad underneath. Check those wheels again, so small and so narrow on such a tall car. That just cannot be safe.