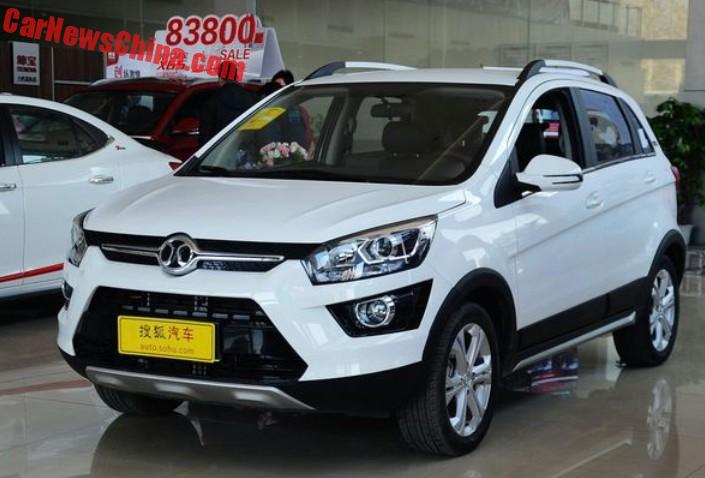 The brand new Beijing Auto Senova X25 SUV has been launched on the Chinese car market. Price starts at 55.800 yuan and ends at 75.800 yuan. The Senova X25 is a small crossover based on the Senova D20 hatchback, it is positioned below the upcoming Senova X45 and the Senova X55. The X25 is also the twin brother of the Changhe Q25. 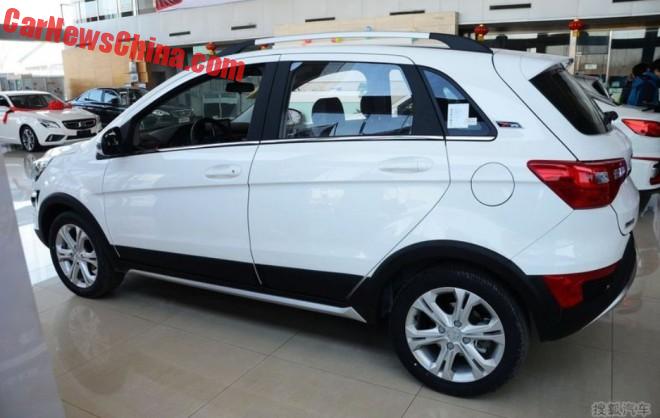 The Senova X25 feeds right into a market hungry for small and compact crossover cars. The X25 looks the business with lots of black plastic on the bumpers and around the arches, matte chrome side bars, darkened windows, usable roof rails, and sporty six-spoke alloys. Round fuel cap very good. 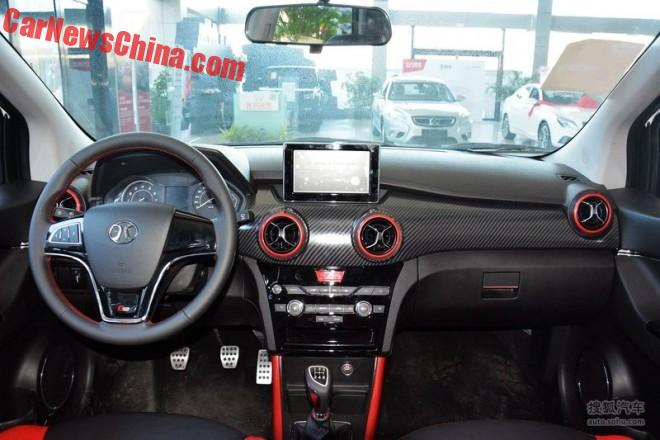 The interior is ultra trendy with a touch screen trendy on top. Lots of fake carbon fiber, perforated pedals, and thick red edges on each side of the center tunnel. Seats are in red over black. Steering wheels looks the business too, with a sporty shape, red stitching, and piano black spokes.

The dials light up in blue, and there is a small and not-too pretty screen between them. 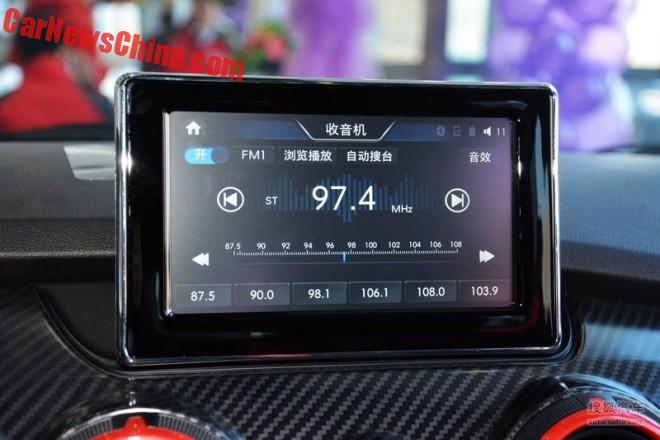 The touch screen with the radio on. 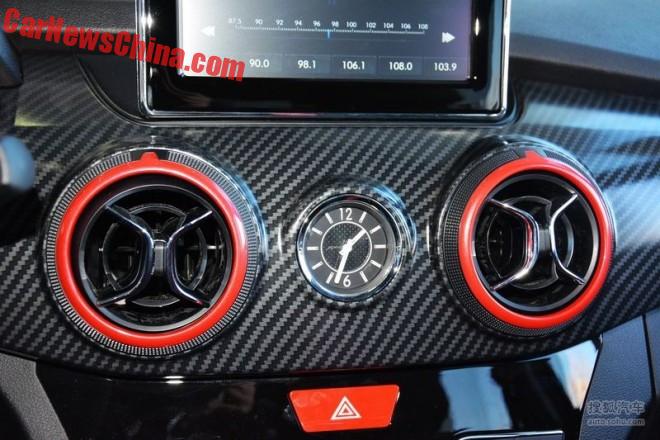 Vents with the Beijing Auto logo, loads of carbon, and a fashionable analogue clock in the middle. 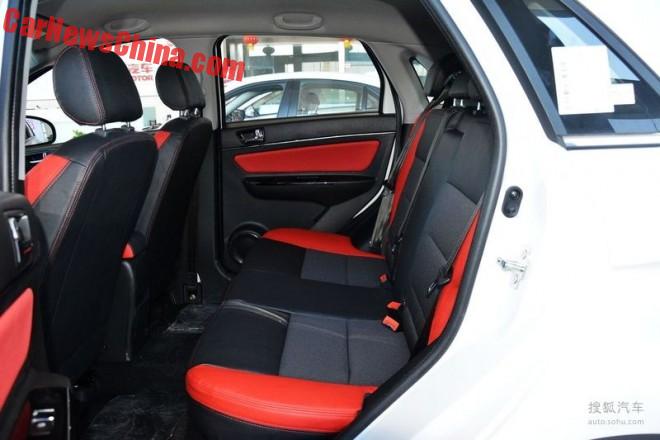 Seats of this white car are in black and red, and the theme continues even on the doors. 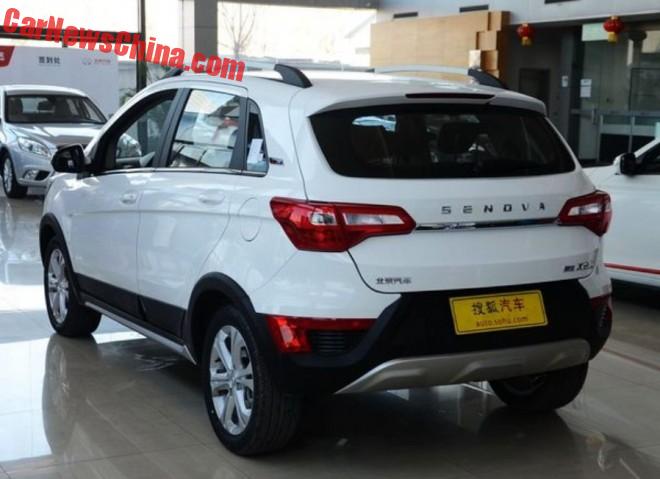 Lights are shaped nicely but a tad too big, and connected with the obligatory chrome strip. Big black bumper with a bumper-wide skid pad underneath. 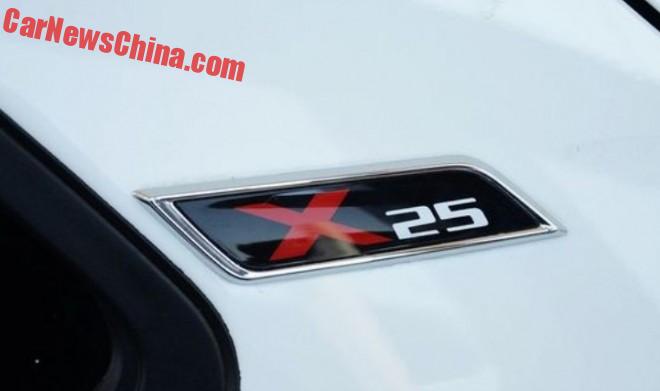 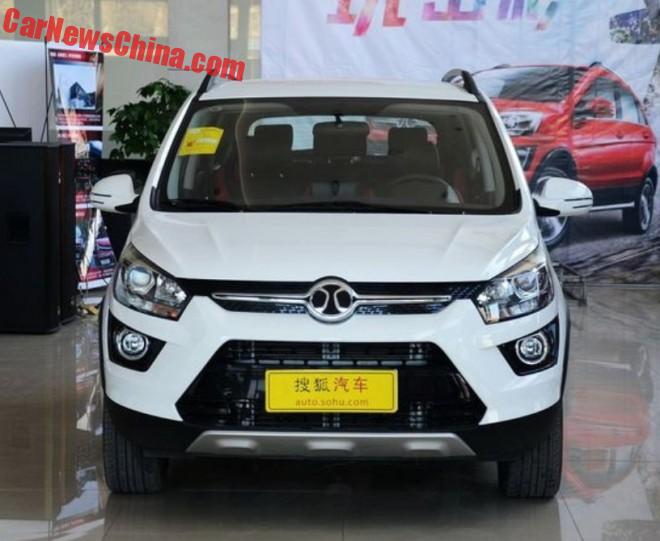 Grille rather subtle for China, another skid pad up front. This thing is ready for the mountains! 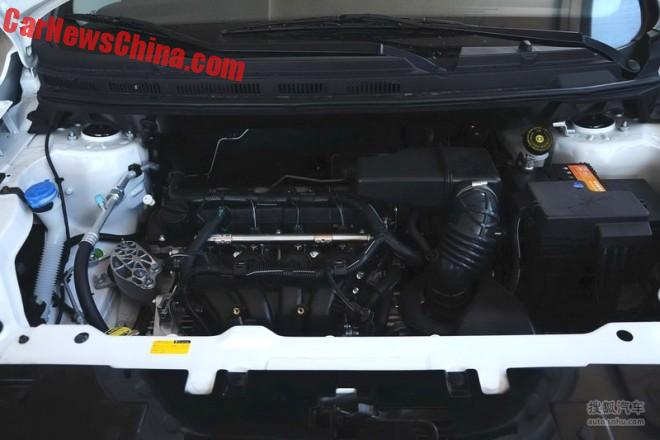 Power comes from an entirely uncovered 1.5 liter petrol with 116hp and 148nm, mated to a five-speed manual or a four-speed (!) automatic, sending horses to the front wheels. A 1.5 turbo will join the line-up later this year. 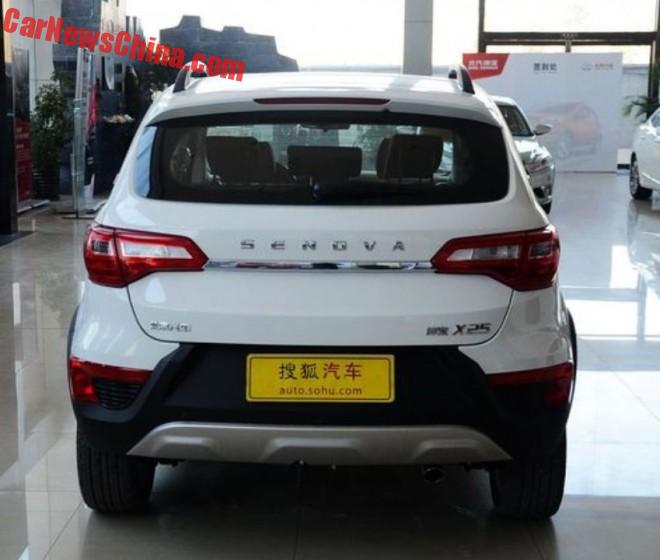 Pipe sits a bit ugly under the skid pad on the right. That should have been done better. 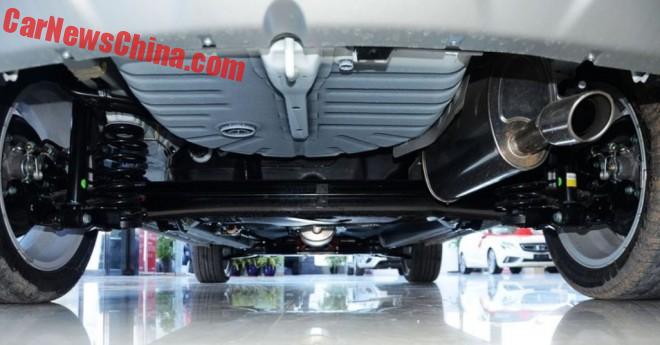