This is the Beijing Auto Senova EX200 EV for China 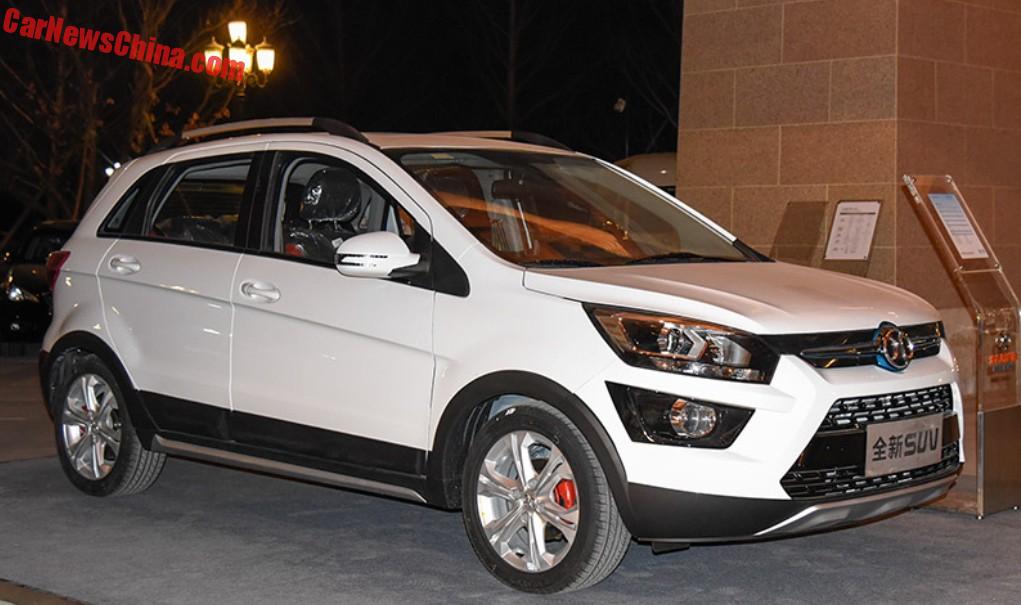 This is the new new Beijing Auto Senova X200, an electric car for China based on the Senova X25 crossover. The X200 will be launched on the Chinese car market within this quarter. It looks very similar to the X25 bar for the blue circle around the badge (blue = green). 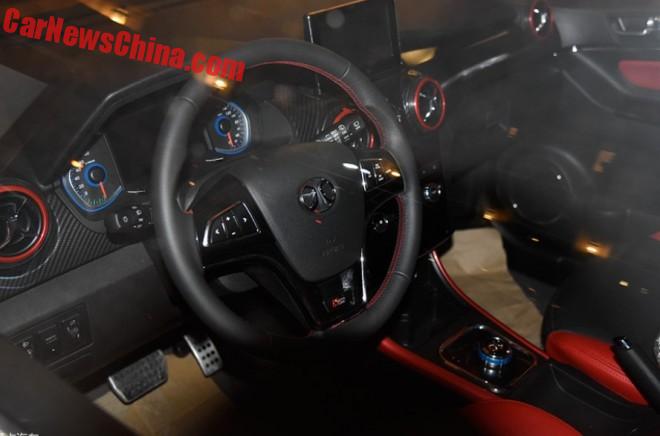 The interior is dressed up with a new instrument binnacle with a large screen in between, and with a trendy drive selector instead of a gear lever. 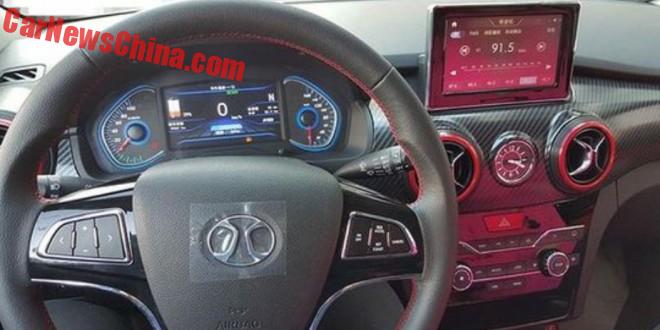 The new screen in action. 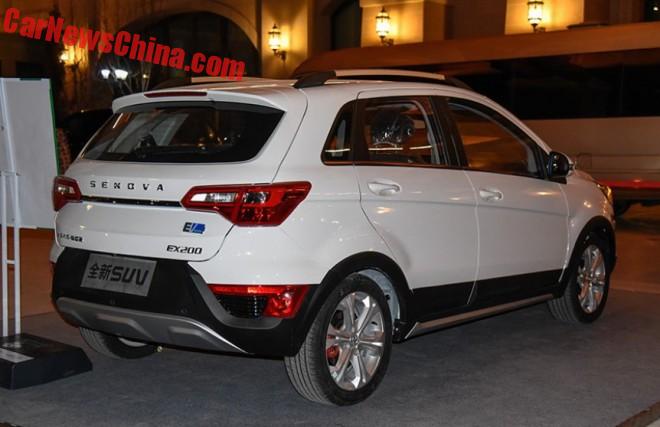 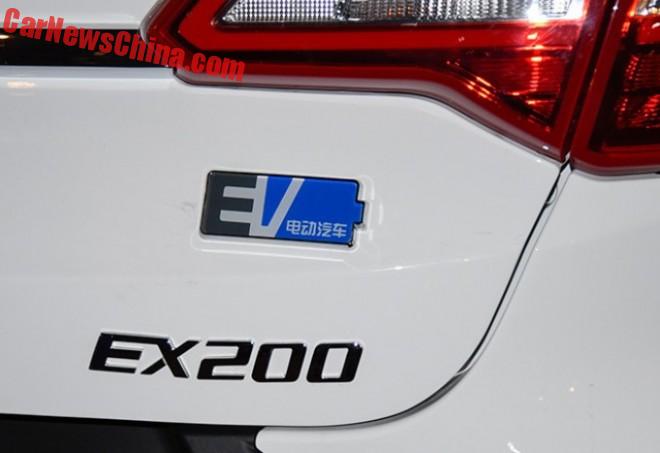 … bar for the badges. Clearly a new car, the EX200 badge isn’t properly lined out.