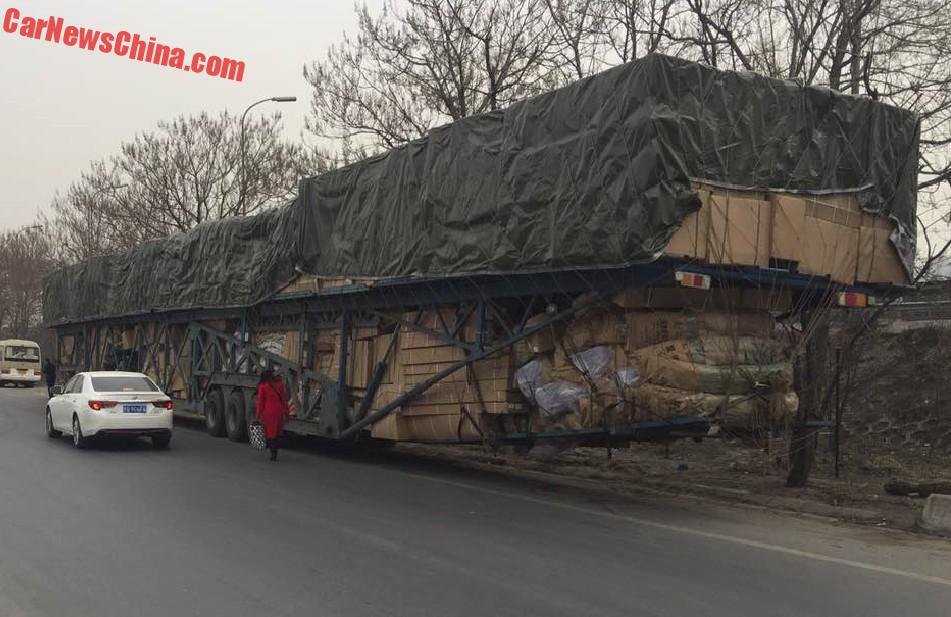 This must be the mother of all crazy Chinese transport truck, it was Spotted in China in the suburbs of Beijing by Reader Lao Wei, thank you for the pictures! The truck is almost endless, measuring at least 30 meters long and some five high. Most impressive however is the overhang at the rear.

That is some five meter from the rear axle, and the construction looks very fragile, especially the lower part. It is also absolutely certain that the driver has no way so see what is happening at the back. And other drivers won’t see much either, until it is too late, as the rear carries no real lights. The flimsy strips on the end of the upper deck appear to be reflectors only, and are possibly completely fake. 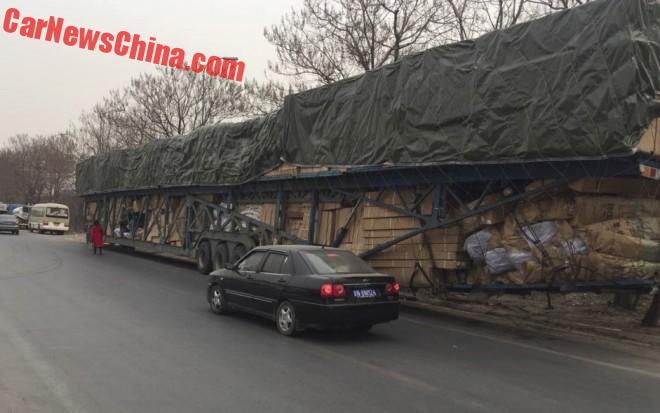 It must be very hard to make a turn with this truck, or do anything with it really, and it won’t go very fast either. The truck appears to be transporting the sort of carton boxes you get if you buy furniture at Ikea. Naturally, transporting stuff like this is officially forbidden in China, but in reality nobody cares just as long as the trucks stay away far from the city centers. 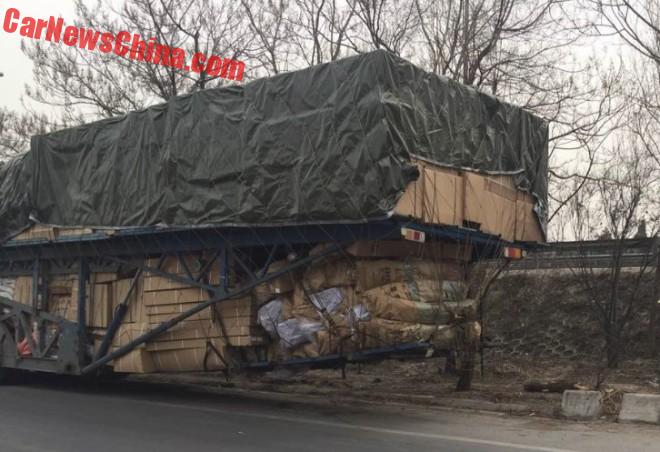 Brilliant in any way. Will this truck ever be bettered by something even bigger…?