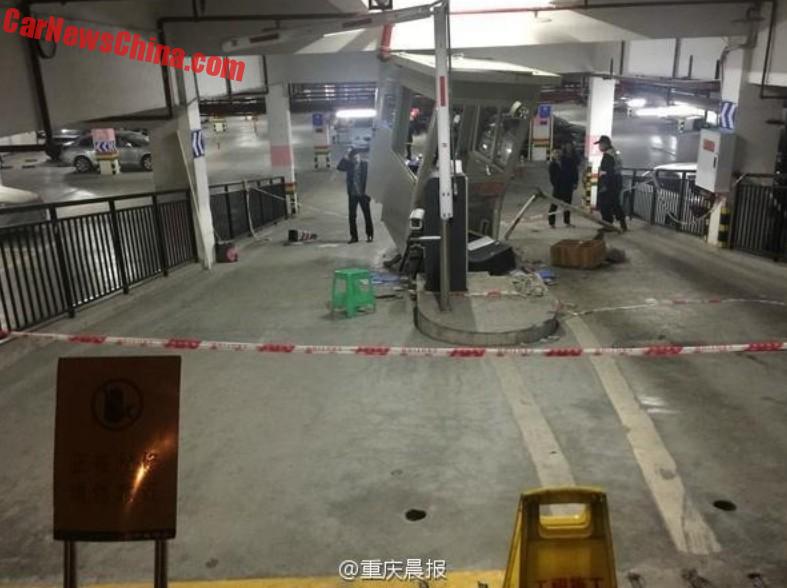 It is not easy to say what is the biggest danger on Chinese roads; trucks or women. Probably women, and to prove the point we have today another fine example of just how dangerously stupid they are.

A sample of the species caused mayhem in an underground parking lot in the great city of Chongqing by, you never guess this, mistaking the accelerator for the brake pedal when she approached the toll booth in her brown Mercedes-Benz GL500 SUV.

She hit the booth, hurt the guard, shot through the barrier down into the garage, and crashed into eight (08) cars before coming to a halt in the side of an Audi A8.

The GL500 and the A8. Happily the Audi stood where it stood, otherwise the woman would have caused even more damage. Happily, the cars that were hit were all parked and empty. The woman sustained a few minor injuries. Unhappily, the guard was hurt quite badly and was taken to a local hospital for checks and treatment. 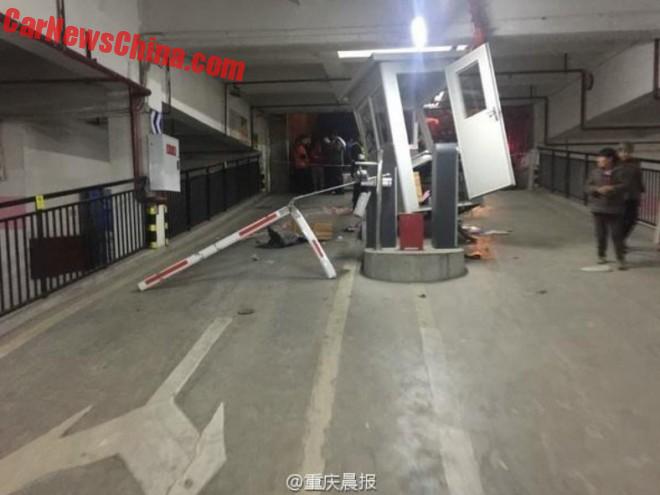 The toll booth seen from below. She hit it hard. 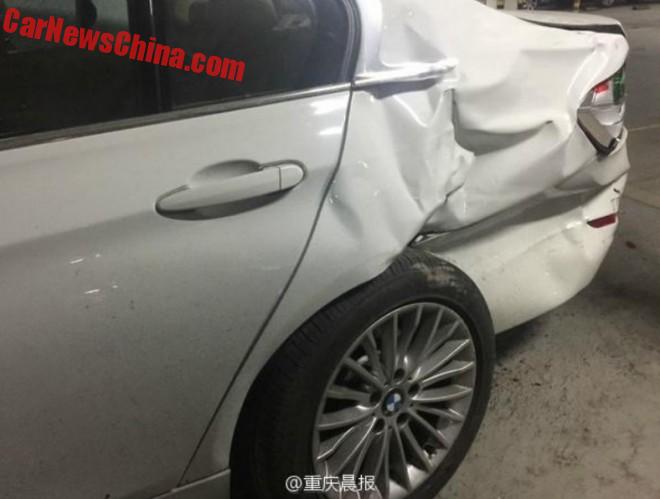 This Bimmer needs a new back. 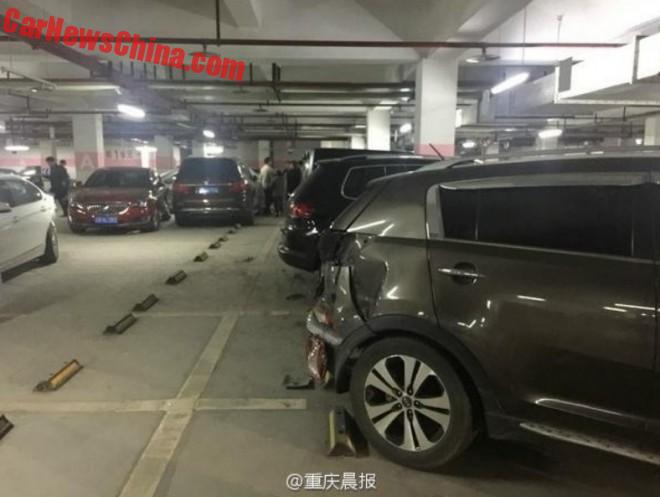 The woman ‘steered’ her Mercedes straight down from the ramp into the garage, hitting cars on the left and right. On the left the white BMW and a red Buick, in the center the ‘Benz, and on the right a Kia Sportage. 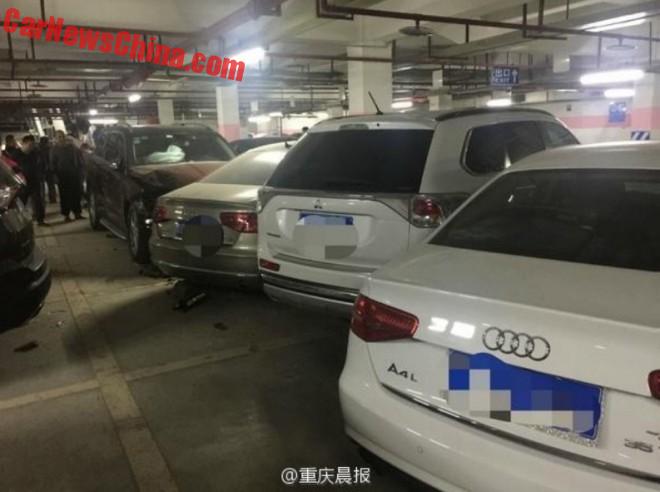 The impact was hard enough to move the Audi A8 into a Mitsubishi Pajero Sport which in turn hacked into a Audi A4L. 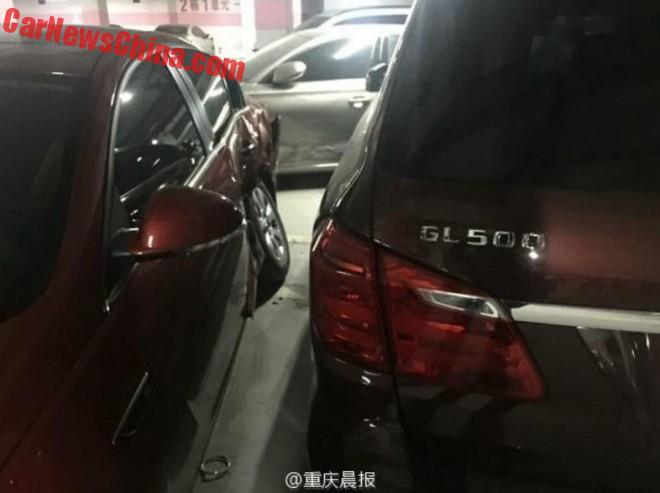 Heavy damage to the rear of the Buick. Local media say the woman is now negotiating with the various parties about compensation.

Well, fortunately some Chinese women are more careful (NSFW) with their Mercedes-Benzes, by not driving them, which looks and feels a lot safer.