First Photos of the new Citroen C6 for China 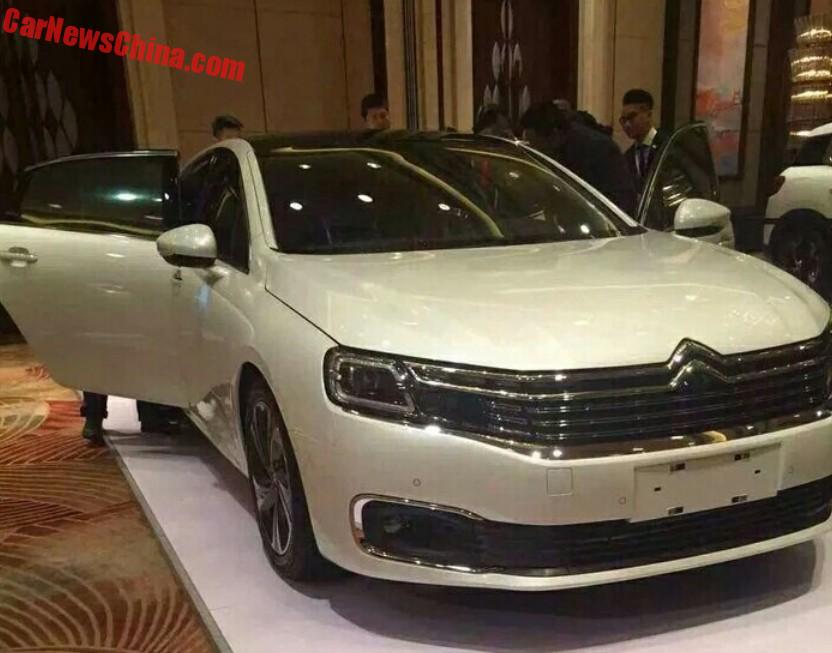 The very first photos of the new Citroen C6 for China, seen here on a dealer event for Citroen dealers, where taking photos was not allowed. Happily, somebody brave took a few shots anyway, revealing an absolutely crazy grille, small full-LED lights, and a lot of shine. The Citroen C6 will officially debut on the Beijing Auto Show later this month and launch on the Chinese car market in September.

The Citroen C6 and the Dongfeng Fengshen A9 will be manufactured alongside each other by the Dongfeng-PSA joint venture. They are both based on the PSA EMP2 platform, which will also underpin the upcoming Citroen DS9 sedan which is scheduled to arrive in late 2017. 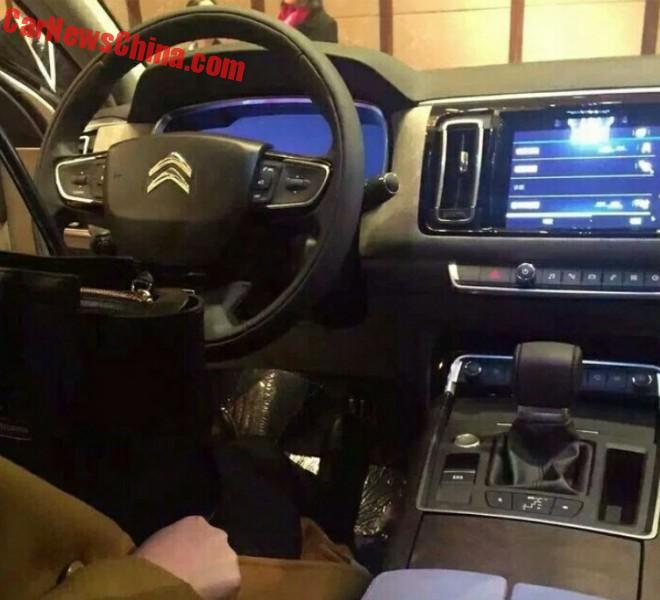 The dashboard with an all digital instrument panel and a large touch screen in the center. There seems to be no wood, unlike in the Dongfeng. Both cars share the same steering wheel.

Well, it sure looks like an interesting car. We expect more photos very soon…