This is the Cowin X3 SUV for China 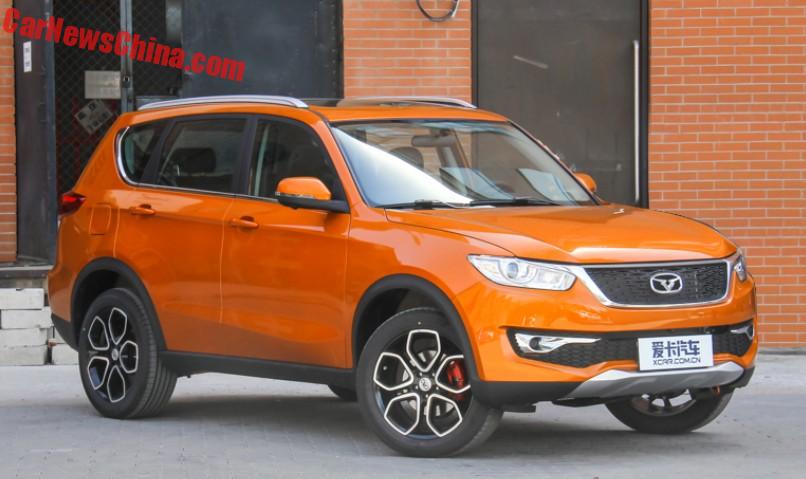 This is the new Cowin X3 SUV, looking all the new and all the funky in bright orange with some shiny bits. The Cowin X3 will have its public debut on the Beijing Auto Show on Monday and it will launch on the Chinese car market in H2, priced from 68.800 to 89.800 yuan.

It has become a fine looking little car, not over-styled like so many local Chinese stuff, the deceivingly simple lines make for a fine balance. Weird alloys with red brakes are very good. 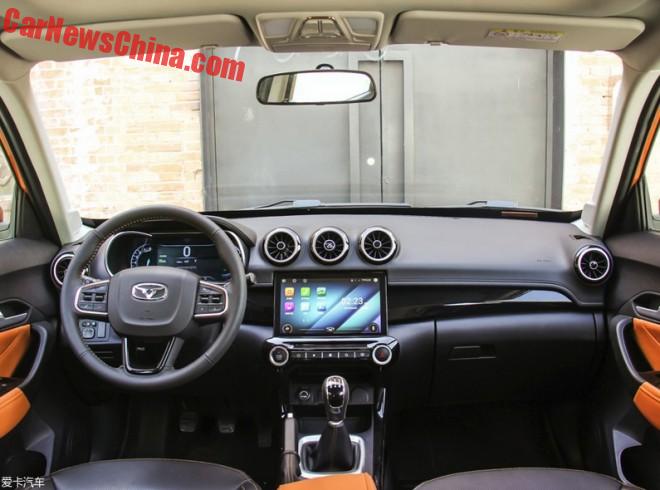 The interior is beautiful and very trendy slash modern. Three air vents on dash top, black and gray color scheme with orange stitching, a badass 10.1 inch screen in the center, and a 7 inch screen between the dials. 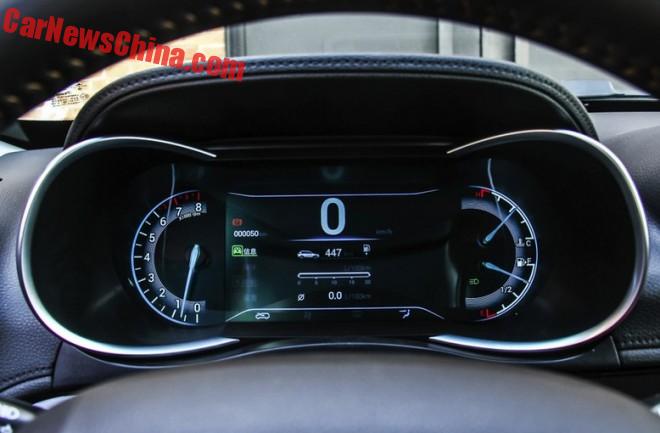 The graphics are super sharp, projecting any sort of useful and useless information the driver may require. 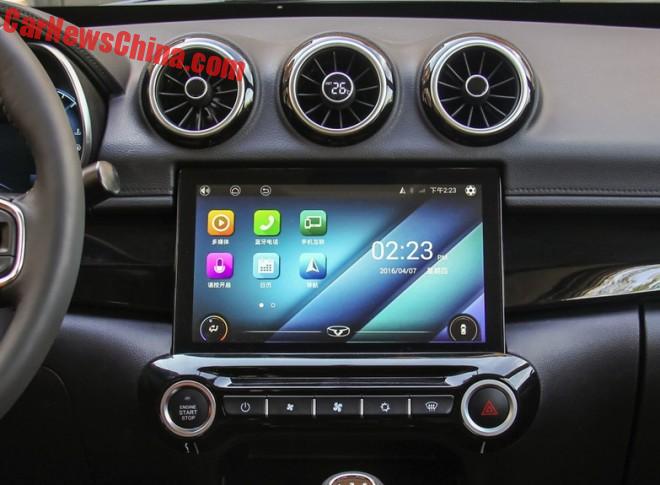 Center air vents shows the temperature inside the car. Cowin’s infotainment suite runs on the new Chery-developed ‘iCar 1.0’ operating system. It connects with Bluetooth to all smartphones and tabs. Start button for the car is located below the screen on the left side, just to the left of the on/off button of the screen itself. Better not mix ‘m up! 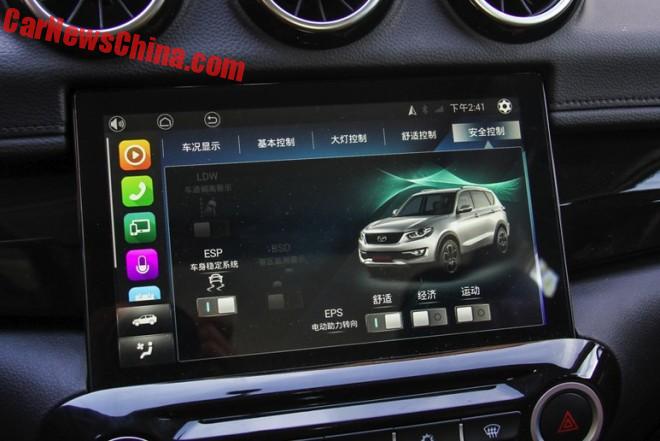 The graphics are great again. Seen here the menu for the EPS system. Only a few years ago only hyper expensive cars has this sort of stuff build-in. Now a cheap Chery got it. Times are a changing; high tech is for everybody now. 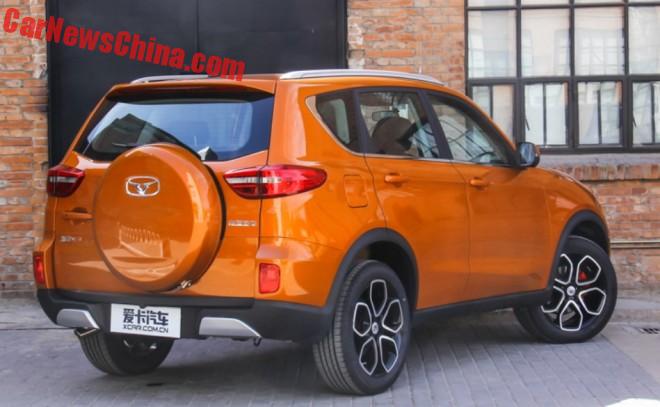 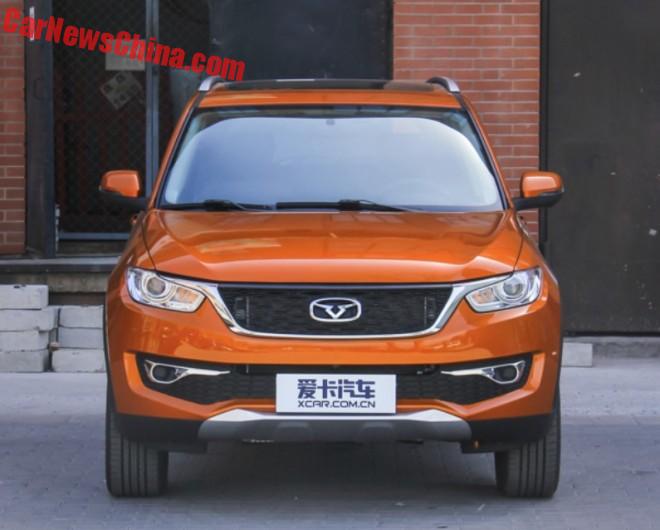 Eyes are a bit angry, Cowin logo proudly in the center of the grille. Roof rails appear to be usable. 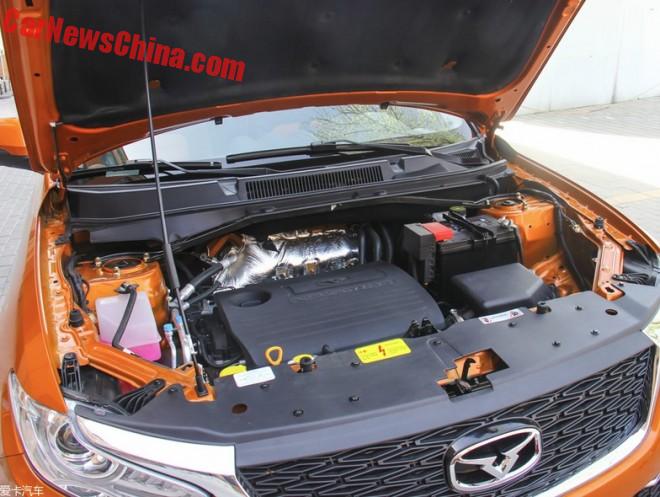 Bit messy under the bonnet, especially the heat isolation under the windscreen. 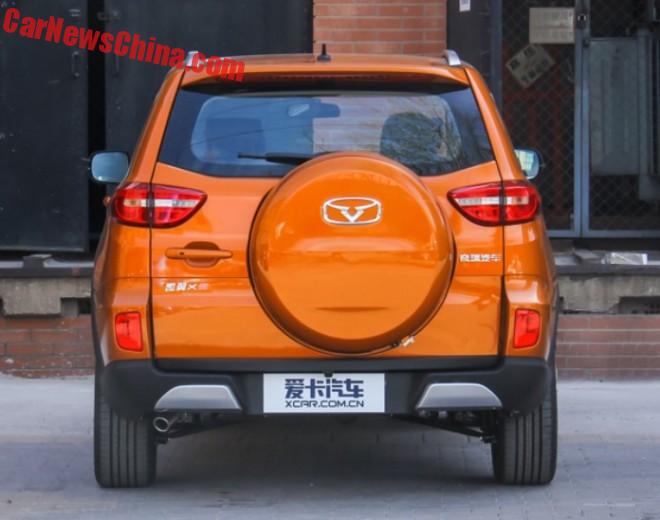 Many Chinese car makers still don’t get their pipes right, and sadly Cowin is one of them. Look how that pipe sticks out under the bumper, on the left side, pointing downwards and side wards in a wuzzy angle, not being integrated in the rest of the design at all. Too bad, even more so because the rest of the car is really good, and good for the money. Hopefully they fix it with the next facelift.