Hongqi B-Concept launched on the Beijing Auto Show in China 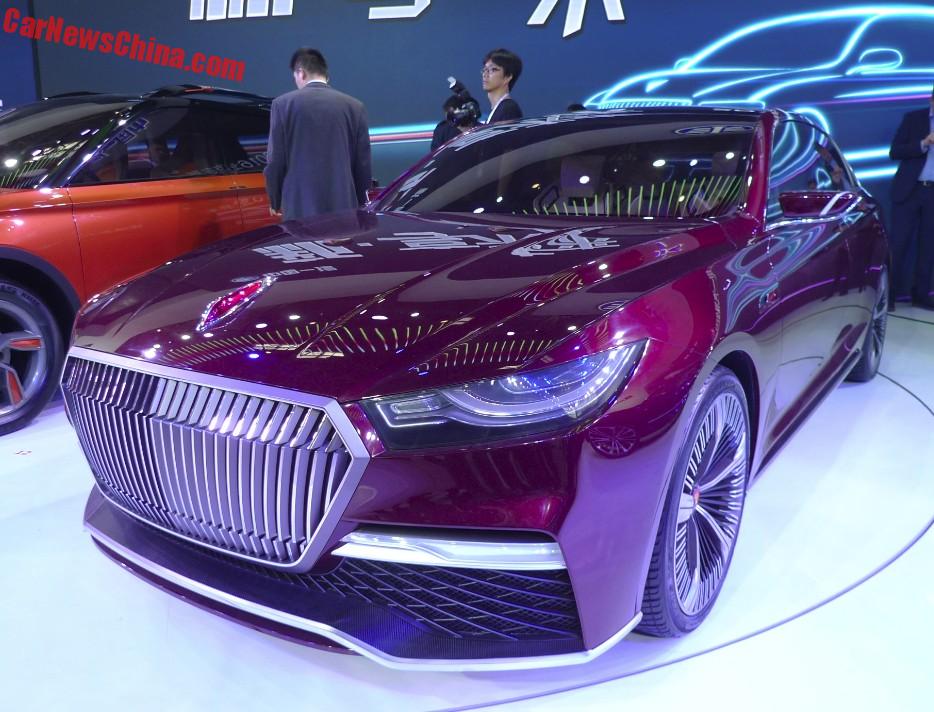 The Hongqi B-Concept has been launched on the 2016 Beijing Auto Show in China, sporting a massive hexagonal grille and the Hongqi ‘Red Flag’ ornament on the hood. The B-Concept previews a future mid-sized sedan that will be positioned below the Hongqi H7.

Design has some Lincoln touches but we hear the real thing will be based on the platform of the current Mazda 6 Atenza sedan, which is made by FAW-Mazda. FAW, or First Auto Works, is also the owner of the Hongqi brand. 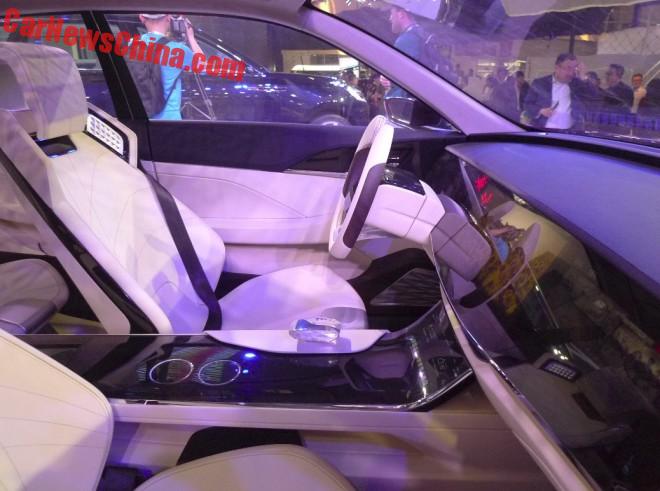 Interior is a work of art with white surfaces mixing with dark wood, an all digital dash, and four separate seats. Honqi said the concept was fitted with a Bose audio system with speakers build into the seats, seen there on the far side of the driver’s seat, next to the headrest. 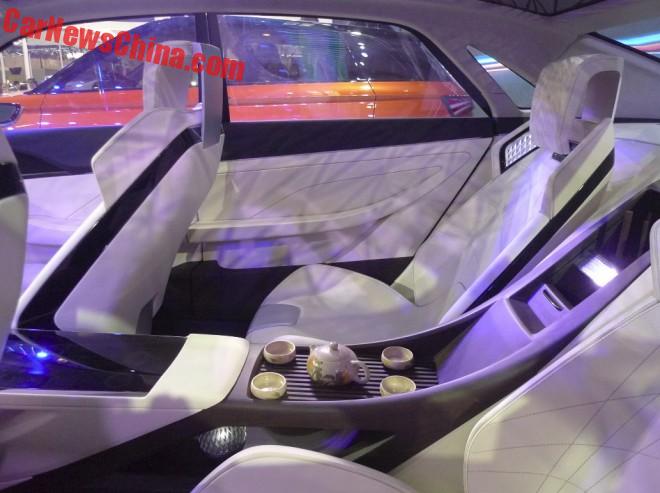 Very nice touch there with a traditional Chinese tea set in the arm rest. 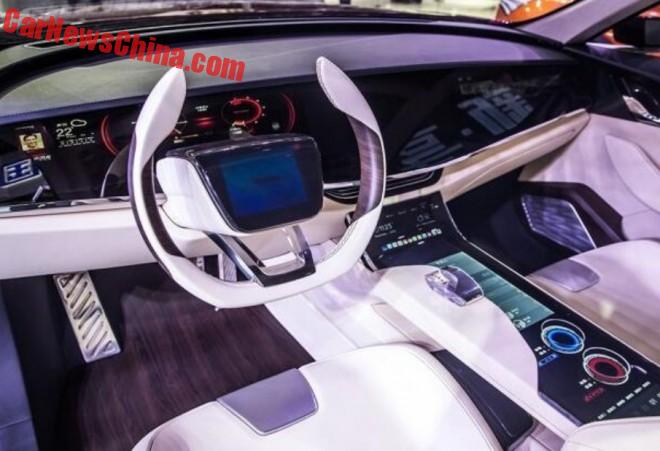 The steering wheel is properly futuristic with an LCD screen in the middle. How does that airbag..? 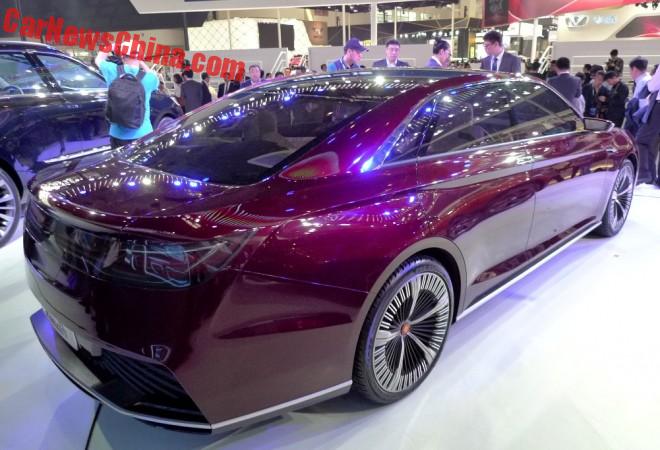 Check that overhang!, and the racy lip under the bumper. Hongqi doesn’t say anything about power so this concept likely doesn’t have an engine. 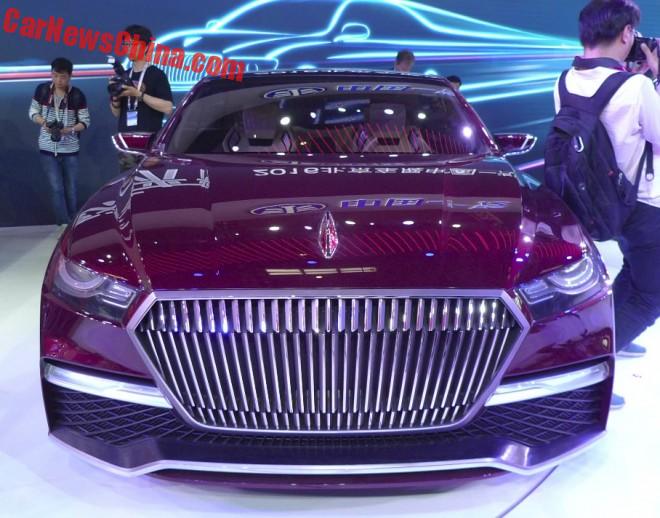 Wine red a new-style color for a Hongqi, they are normally black-only. 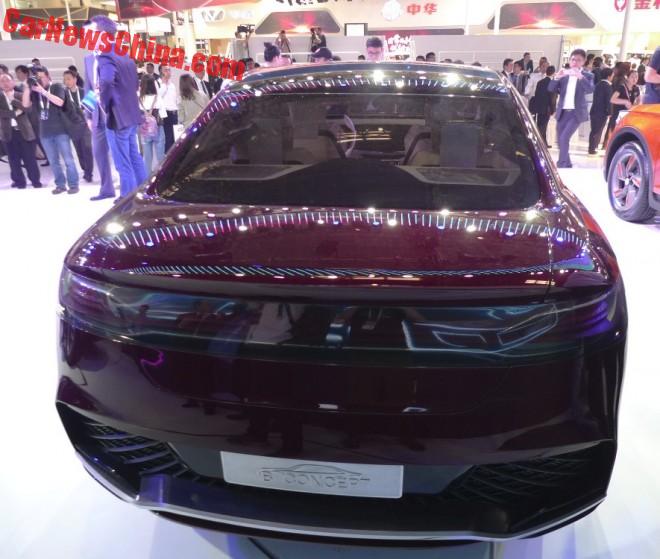 See you on the road in a year or two.