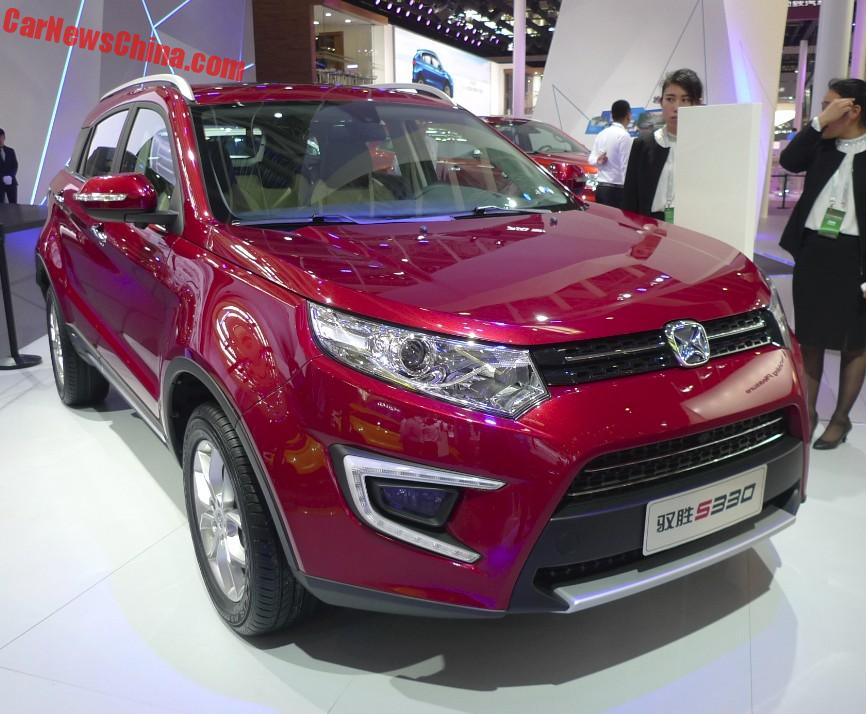 The new Jiangling Yusheng S330 SUV debuted in China on the 2016 Beijing Auto Show, looking all the popular-compact business in wine red with an impressive grille and large lights. The Yusheng S330 is the production version of the outrageous Yusheng S330 concept, which sadly wasn’t on show.

Wheels are a tad too small but alloys look great. Black wheel arches for that crossy feeling. Roof rails are properly usable.

The Yusheng S330 will be launched on the Chinese car market in the second half of the year. Price will start around 100.000 and end around 130.000 yuan. Power comes from a 1.5 liter turbo four-cylinder petrol engine with 163hp, mated to a six-speed manual or a six-speed automatic, sending horses to all four wheels. Later on a turbo-less 1.5 will join the lineup too. 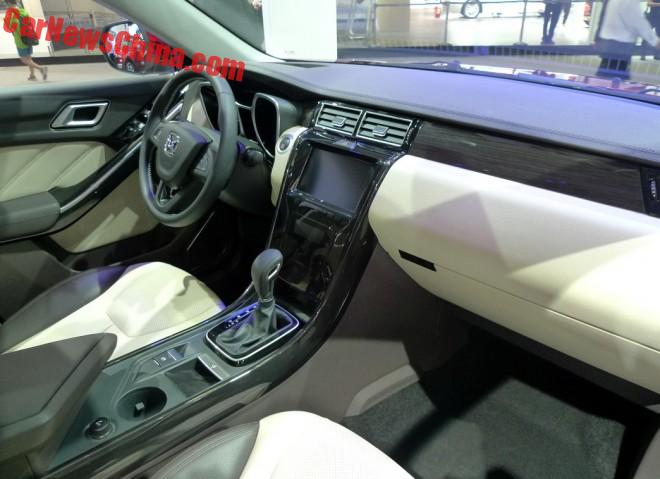 A neat interior with some fake-dark wood and some fake-shiny wood, seats in faux leather in beige over black. Touch screen is large, especially for the segment. Note cigarette lighter on the arm rest on the passenger’s side. 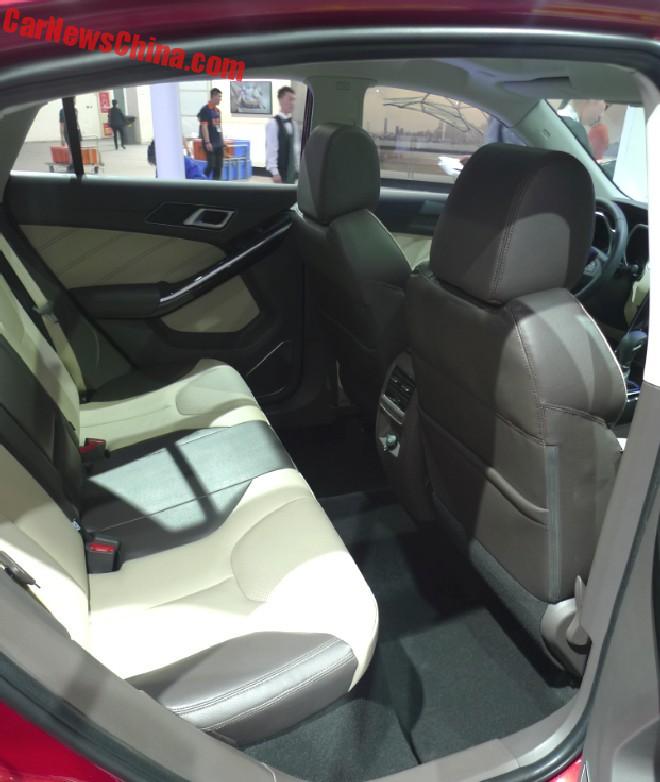 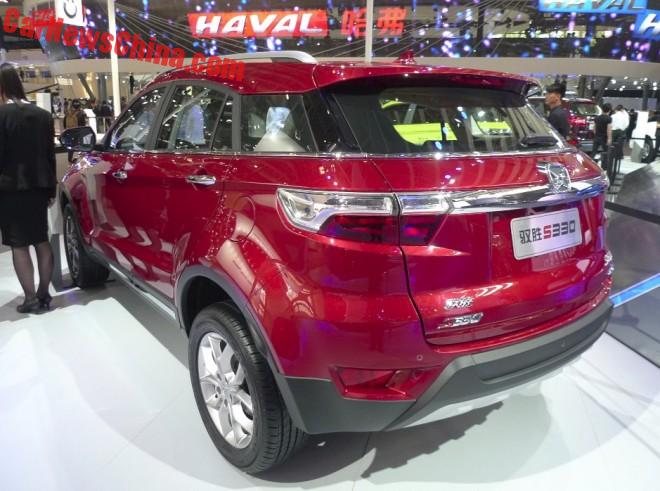 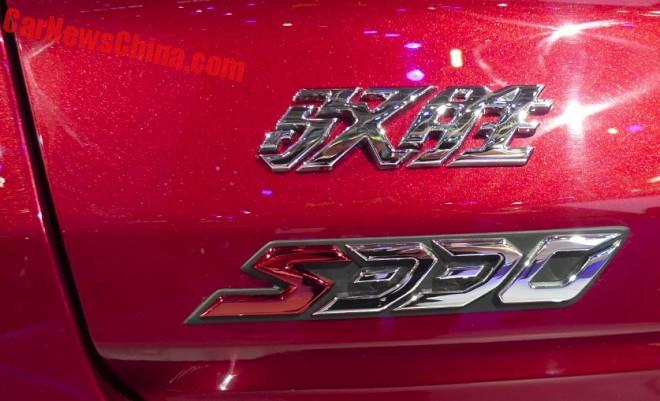 One of the best looking badges we have seen in China so far. Ever. Very racy and very cool. 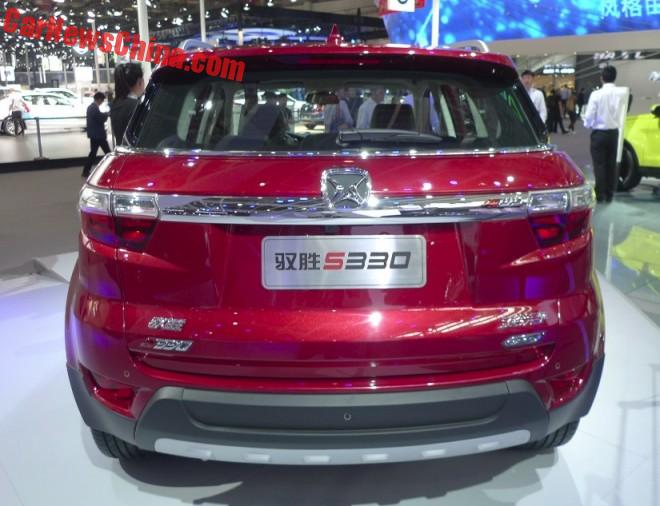 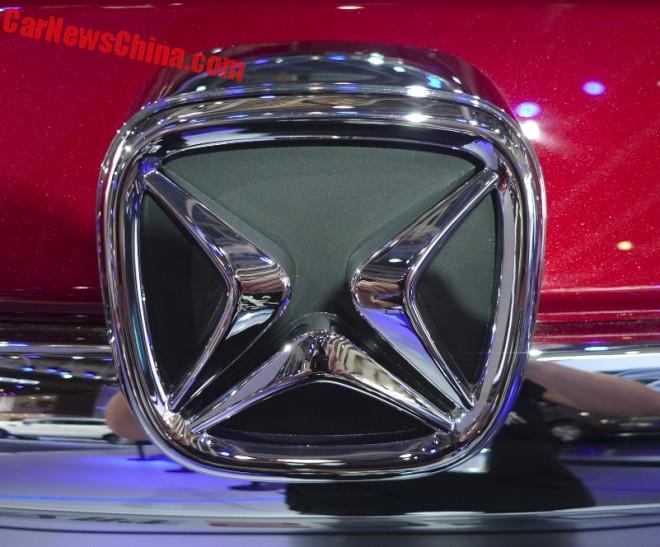 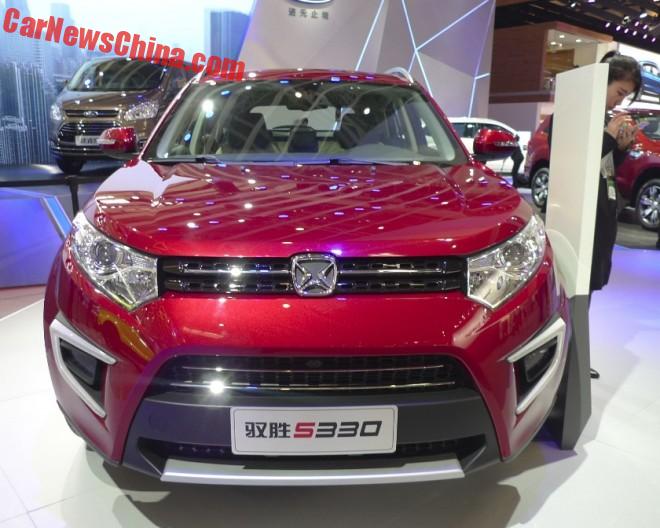 Gray hooks around fog lights in the sides of the bumper are a new trend among local Chinese car makers, and Jiangling joins the club. Nice looking little SUV set to compete in a hotly contested segment. Will be a hard battle, but the S330 comes well-armed.