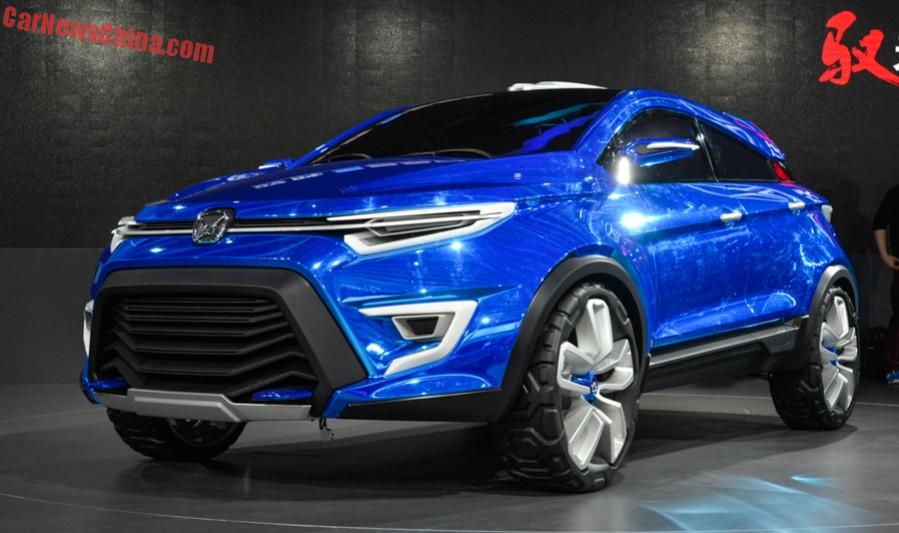 The Yusheng S330 is just under five meters long an almost 1.8 meters high. It is purely a design study without an engine, but a screaming-in-your-face car like this surely needs something powerful and very high-revving! Check that wheel: 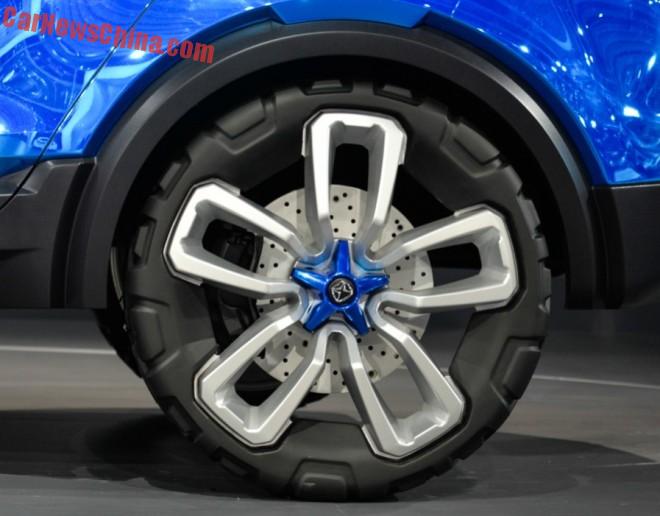 That’s just brilliant, especially the blue five-spoker in the center. 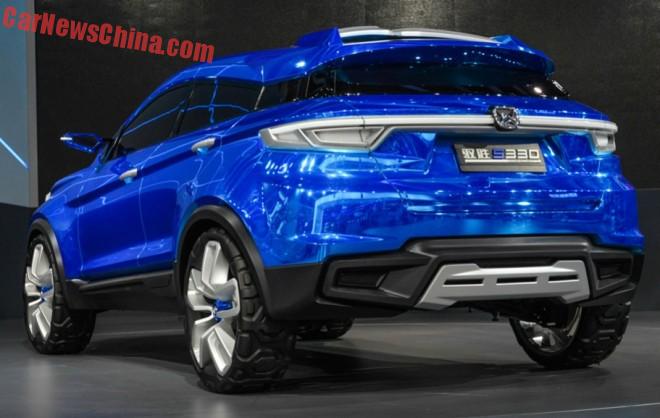 Big wing on the roof, chrome bar between the lights, heavy black bumper with a chromed gray skid pad. What not, is to love? 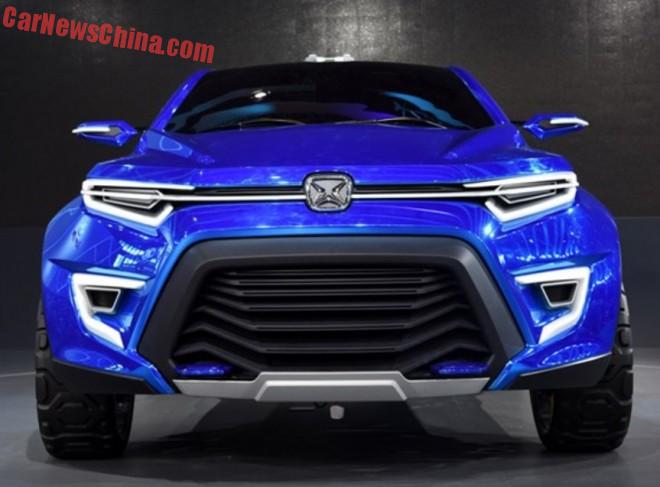 Fear thy human beings, the Yusheng S330 is coming to eat y’all!