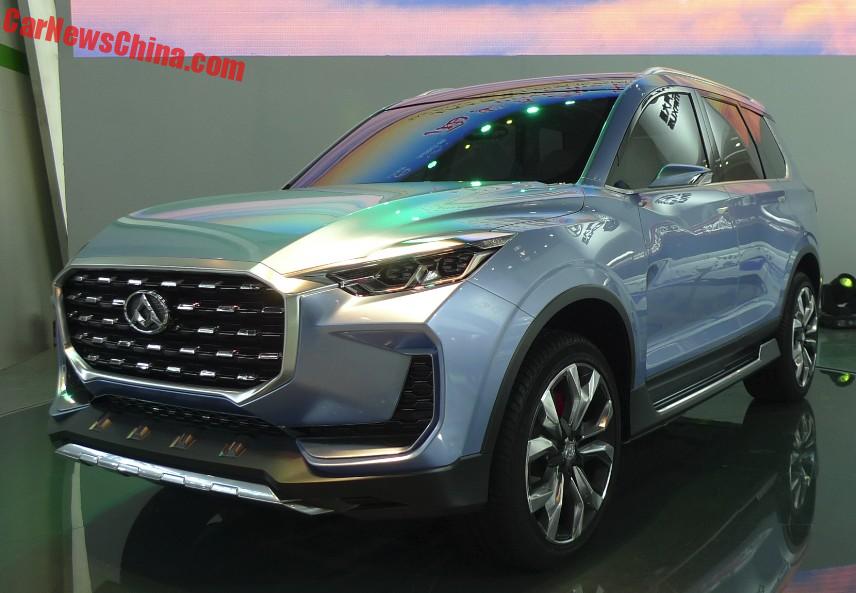 This is the brand new Shanghai Maxus D90 concept SUV, it debuted earlier this week on the Beijing Auto Show, featuring sharp lines with a touch of Infiniti, an impressive grille, and racy alloys with red brakes. The production version of the Maxus D90 will be launched on the Chinese car market in September 2017. 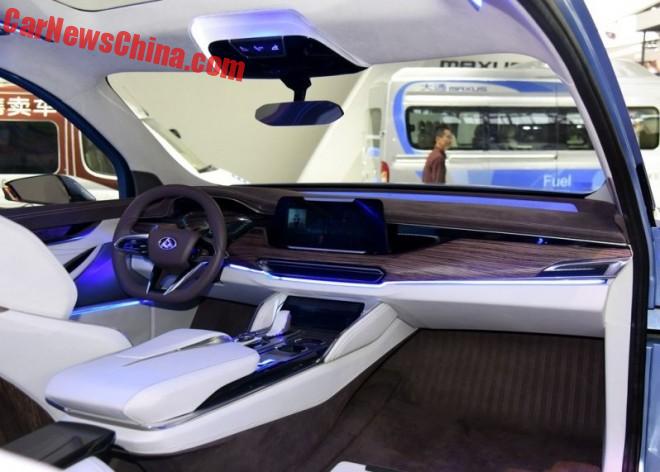 A beautiful interior with loads of wood and white leather seats. The show car had suicide doors and six seats in a 2+2+2 configuration. The real car will lose the suicide doors but costumers will be able to specify any seat combination they wish, said SAIC, giving these examples: 2+2+3, 2+3+2, and 2+2+3. 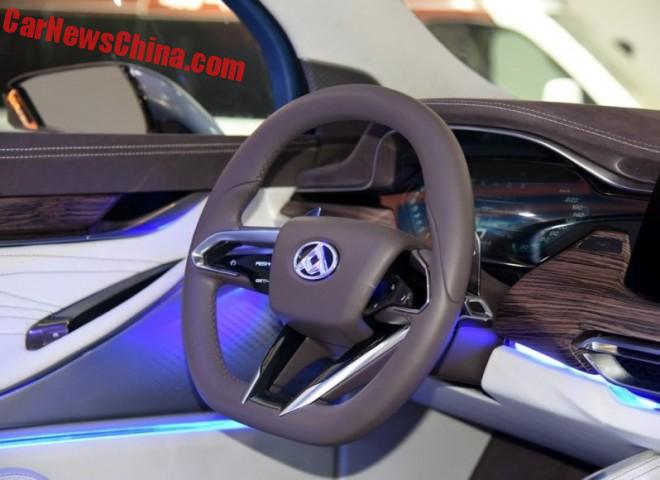 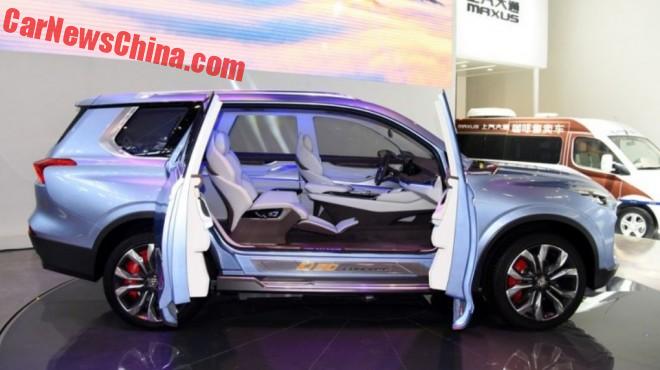 Opening up. Thick chrome edge around the rear-side window. 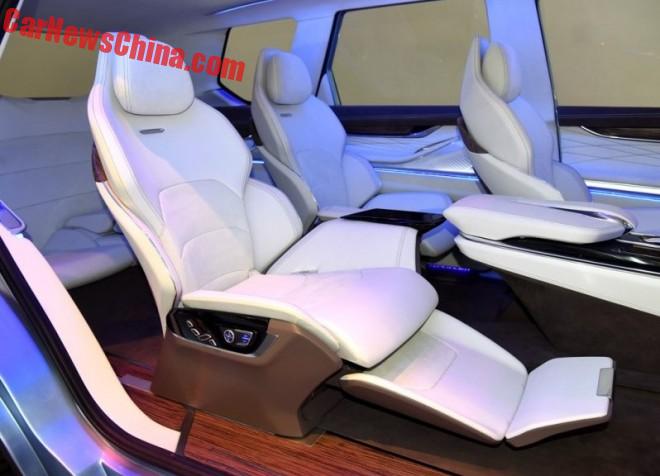 Seats look great, well shaped and light, but this ‘first class’ position is only possible without a passenger on the front seat. 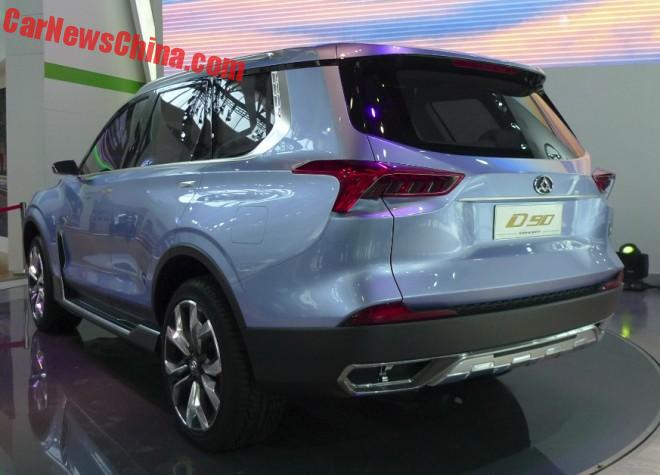 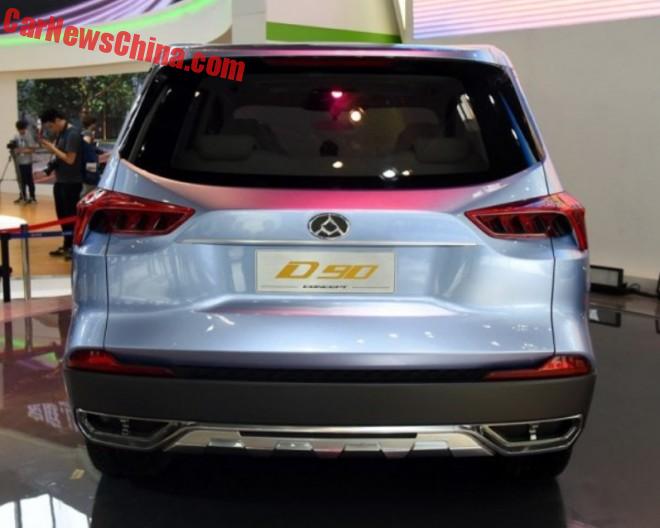 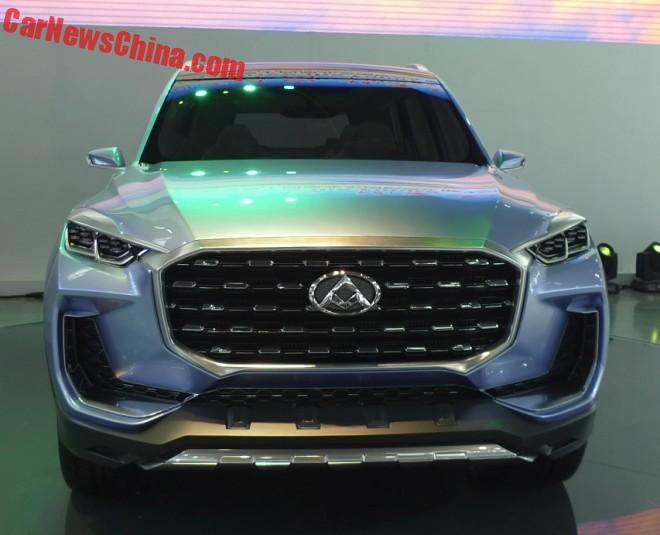 Grille and lights are great, but those air ducts in the bumper seem a tad too big.