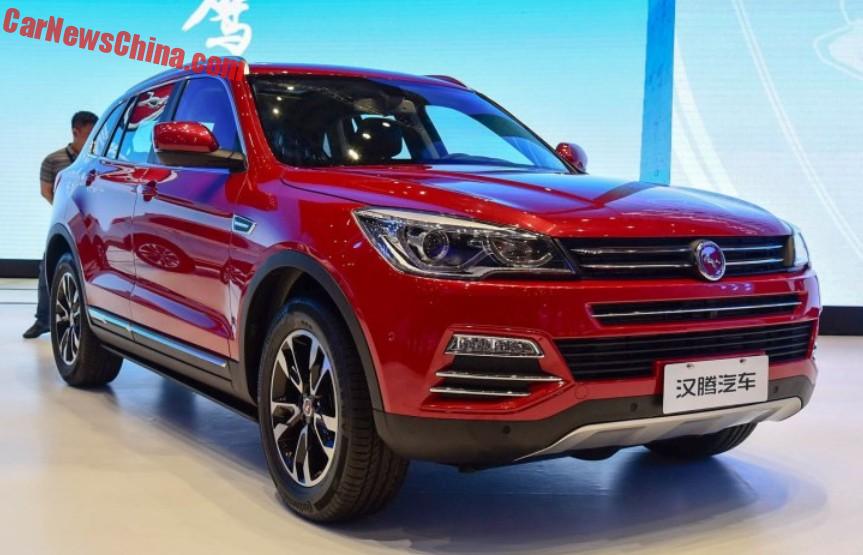 Another new car brand from China. Today we have Hanteng Autos, with an S at the end, Chinese name is Hanteng Qiche, full name is Jiangxi Hanteng Automobile Corporation, founded in 2013 in the great city of Shangrao in Jiangxi Province. Their logo is a horse. Their first car is the Hanteng X7 SUV, which will be launched on the Chinese car market in September.

Design is not unattractive but pretty generic. The X7 looks like a whole lot of other cheap Chinese SUV’s, and most like the Zotye T600, which is an Audi clone.

The engines too are generic, 1.5 turbo and 2.0 turbo, sourced from the Shenyang-Mitsubishi engine-making joint venture. The 2.0 delivers 190 horsepower and is used by Landwind, Changfeng, and Zotye. The latter uses the 2.0 turbo for a whole lot of cars, including the T600. The 1.5 turbo has 150 horses.

Hanteng Auto works with a total investment of 3.7 billion yuan. They will soon complete their 100.000 square meters factory. Initial annual output is 100.000 cars per year. 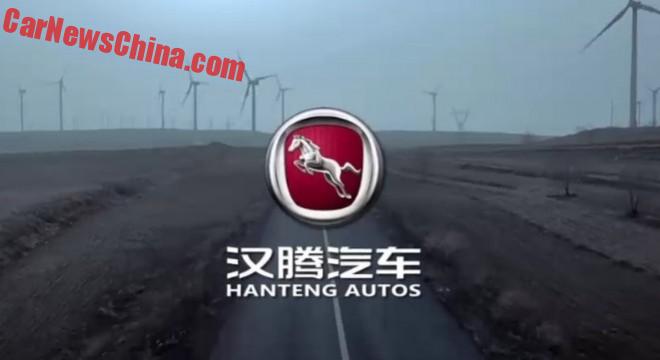 Their website looks pretty cool, with a well-made movie with a laowai designer with a beard, and images from the factory. They are looking for dealers. Oddly, besides those in the movie there isn’t a single image of the cars. 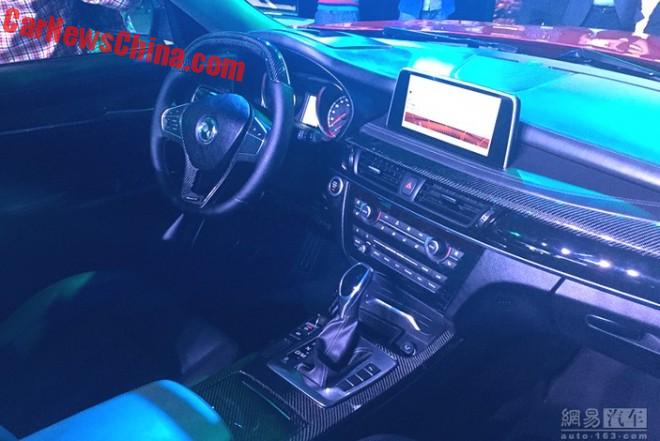 The interior doesn’t look completely finished yet. There is a large touch screen on top, loads of plastic carbon fiber, conventional dials, and an oddly shaped steering wheel. 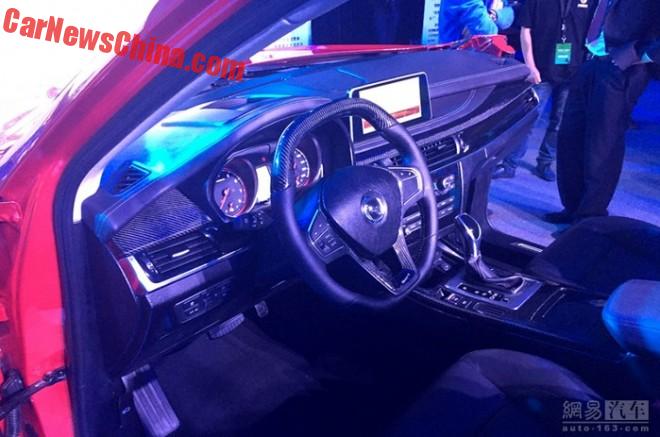 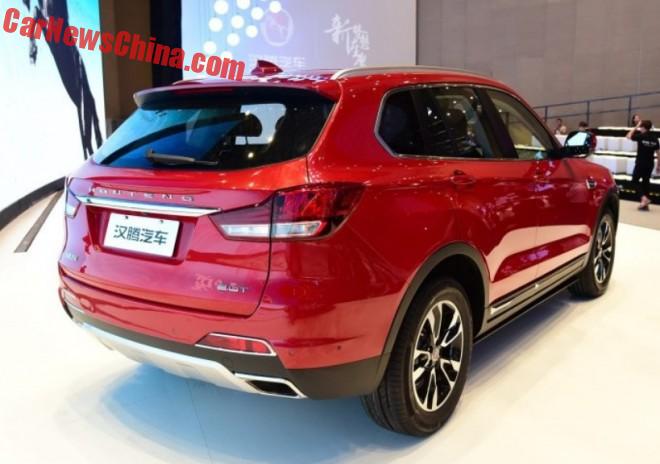 Rear lights a tad too large for fashion, but they are connected by a very fashionable shiny strip. Wheels are too small and especially too narrow. Pipes are neatly integrated in the bumper. 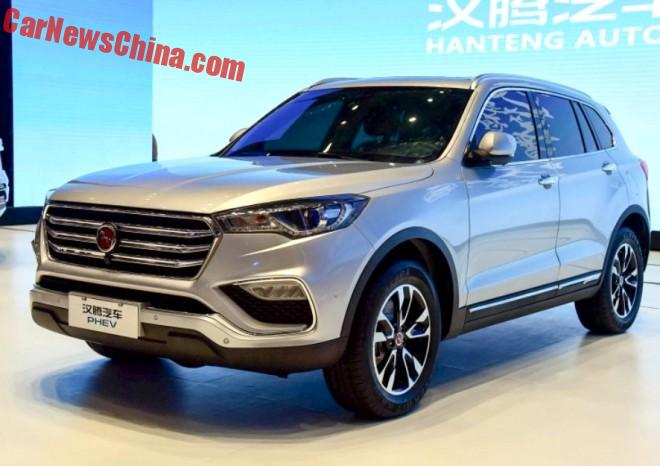 This is the Hanteng PHEV, a hybrid version of the X7 with a different front. The hybrid power train will be based around the 1.5 turbo. It will be launched on the Chinese car market in 2017. 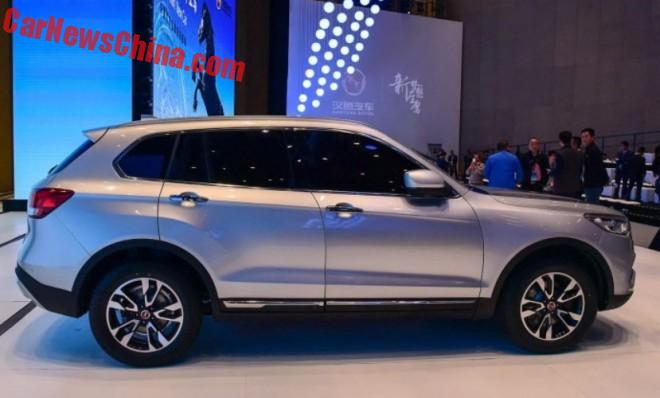 The PHEV kept its doors closed, but it shouldn’t be too different inside. 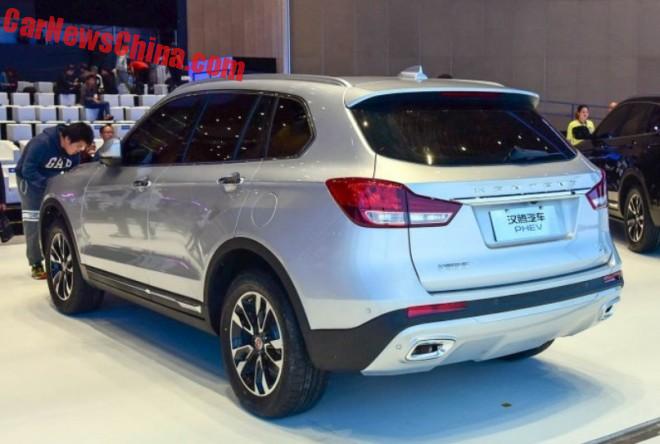 Rear bumper differs from X7 with the pipe tips inside the skid pad, instead of on the sides. roof rails appear to be useless. 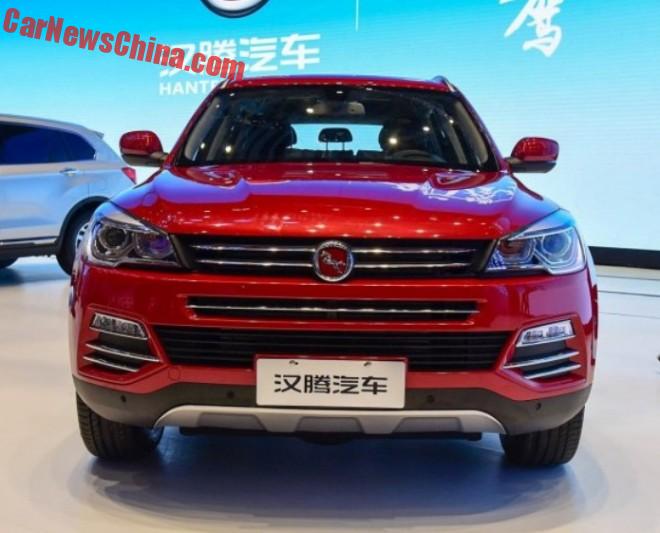 It is always nice to welcome new brands and we do wish Hanteng all the best, but it seems hard to see how they can earn any money in the most competitive segment in a hyper competitive market, without having a distinguishable vehicle or distinguishable features, like a 500 kilometer electric range or such.