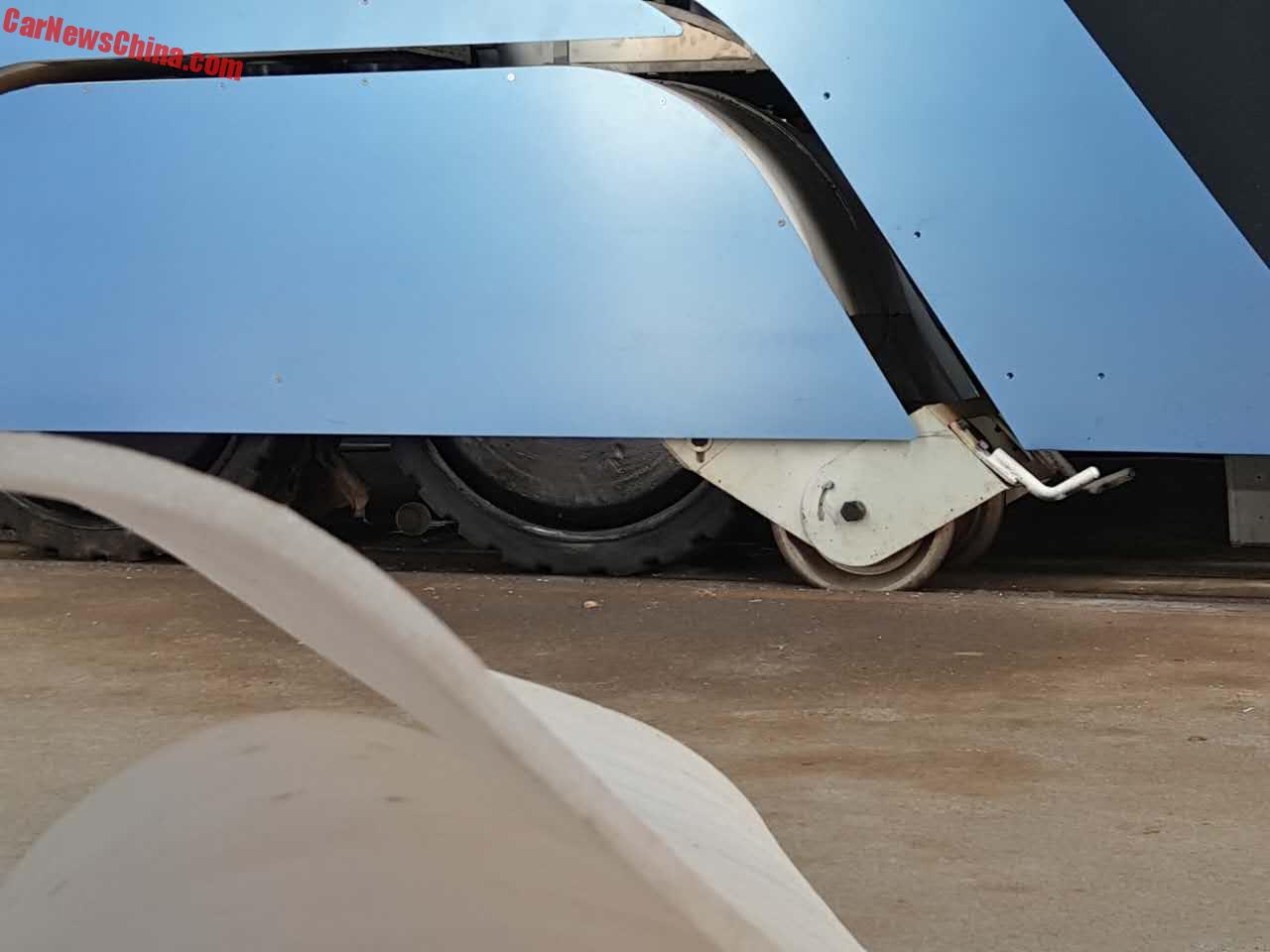 The TEB-1 Straddling bus is in trouble. Chinese state media are saying that it is unsafe, and that the company behind it has illegally raised money. But there is more. TEB, the company behind the bus, distributed the fancy news photos that all media have been using. But the reality looks a lot less fancy.

The biggest news: the TEB-1 doesn’t really run on rails. It runs on wheels. Rubber wheels. Like a… bus. The rubber wheel has a small wheel on each side. Those wheels don’t run on rails either, they run through gutters.

This is the far end of the test track, which measures 400 meters, not 300. The ‘rails’ are really not rails. The rubber wheel runs over the middle section, and the two smaller wheels run through the gutters on each side. It doesn’t seem there was any iron used in the construction. 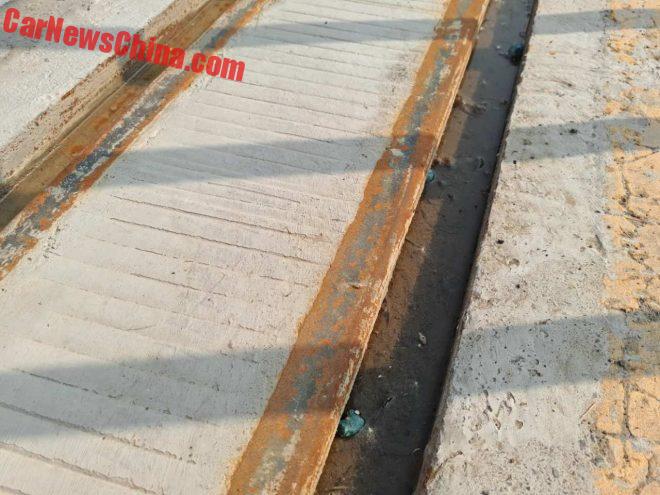 The gutters are fulled-up with mud. 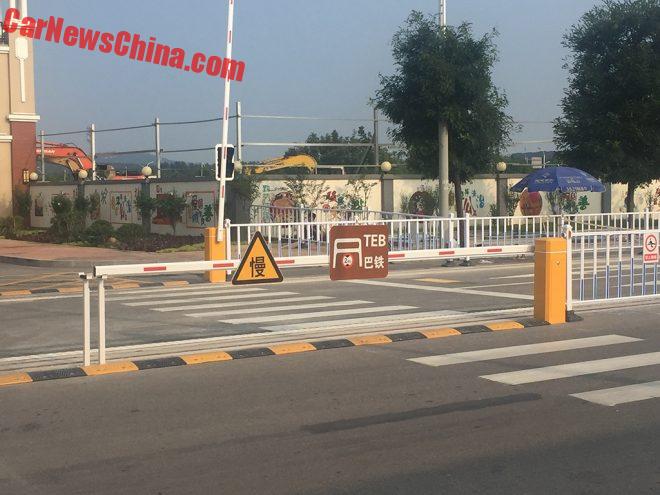 The test track is located in a rundown area near the railway station in Beidaihe, a beach-town district of Qinghuandao in Hebei Province. I have been in Beidaihe many times. The station is about 30 minutes away from the beaches. Beidaihe is about four hours away from Beijing, by road. 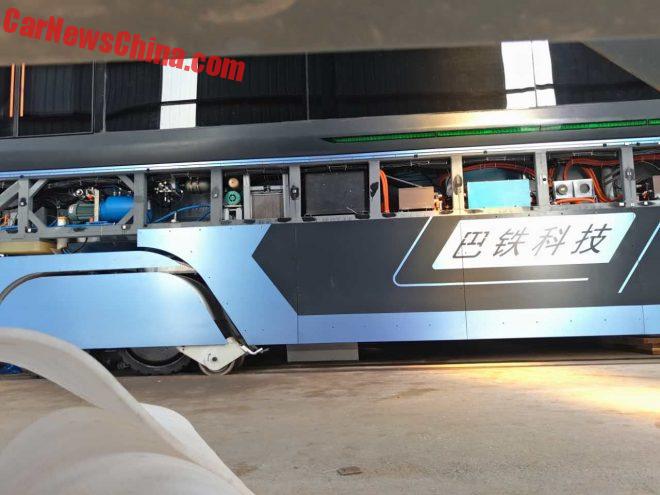 The machinery exposed. The company has now stated that the test was not really a “road test”, but only a test of the acceleration and braking systems.

The company has also stated that it has contracts for real pilot projects with the cities of Nanyang, Shenyang, Tianjin and Zhukou. But it is yet unclear when these tests will start.

The bus is electric, power comes from on-board batteries. The production vehicle, if it ever arrives, will get electricity from fast chargers located on top of the stations, these chargers will put in just enough energy to reach the next station, which will limit the size of the batteries required. 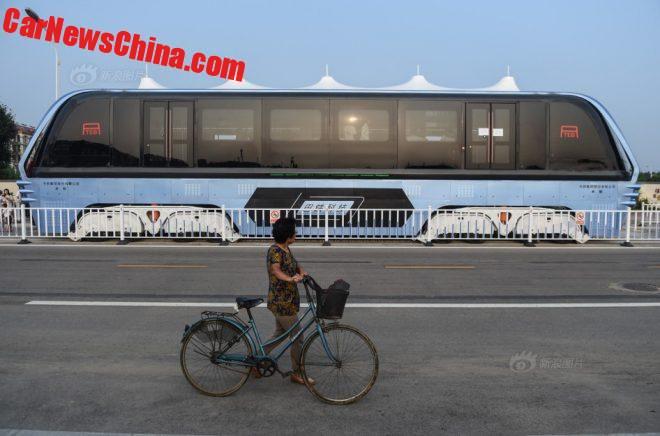 It looked so much better in the press photos. 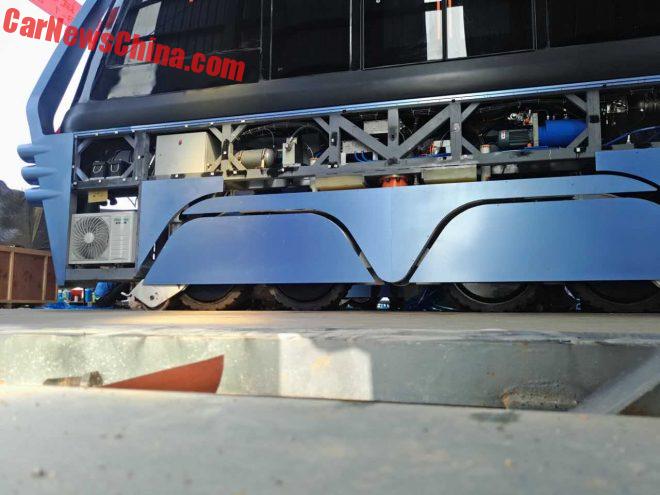 Note the large-size home-air conditioning system on the left. These thing use loads of power, it will need a big on-board battery just for that. 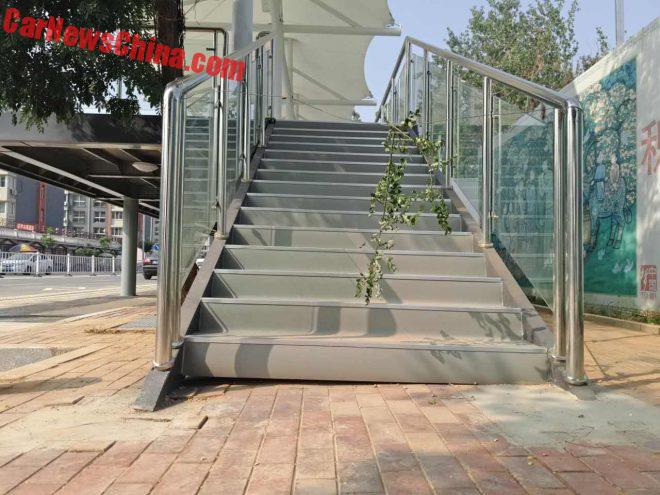 The single elevated station at the test track doesn’t look that fancy either. Sloppy construction and nature is already taking over! We hear that the entire test track and vehicle were built in less than two months. 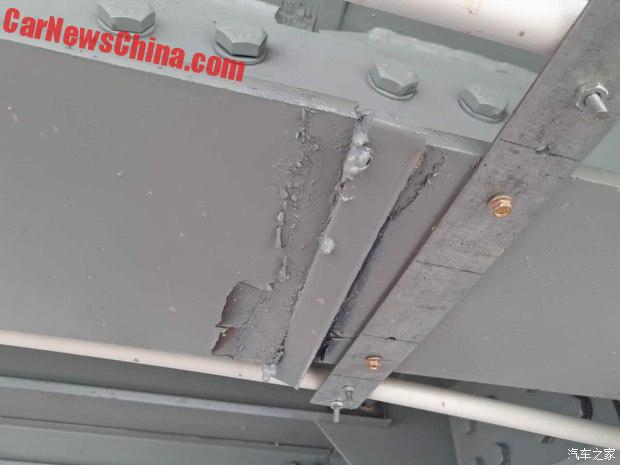 That was a poor paint job. 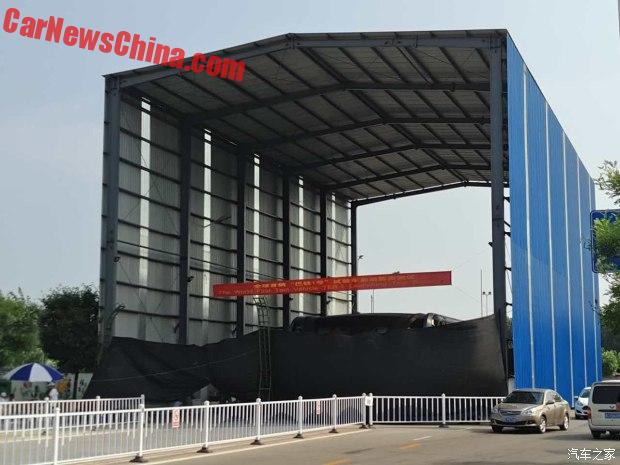