LeEco Announces Factory For The LeSee Tesla Killer In China 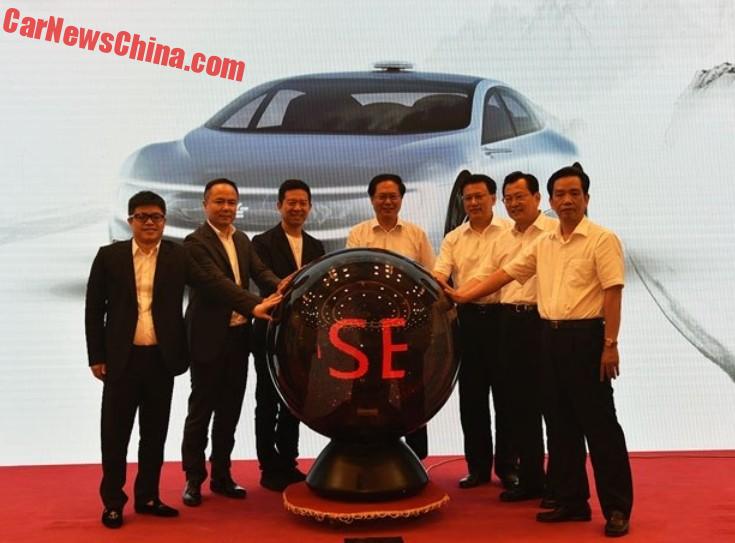 LeEco has announced it will build a car factory in Huzhou City in Zhejiang Province. The factory will have an annual capacity of 200.000 cars and will make the spectacular LeSee, dubbed the ‘Chinese Tesla Killer‘. Total investment is 20 billion yuan or 3 billion USD.

The announcement is a surprise. LeEco said earlier it wanted to outsource production to an existing Chinese car maker, and they had talks with Beijing Auto and with Guangzhou Auto. But that apparently came to nothing.

The construction of the factory is set to start late this year or early next year. Phase 1 will cover an area of 4300 acres for a capacity of 200.000 cars a year. Phase II will double that to 400.000 cars. The plant will then make the LeSee and other yet-to-be unveiled electric cars.

The factory will be surrounded by an entire industrial park aimed at building green cars in a green way. The park will include an R&D center, a battery factory, and an electric-motor factory. LeEco also announced it currently holds 833 patents related to electric cars.

Very big plans but there is a big if. ChinaDaily reports that it is unclear whether the factory plan has been “approved by industry regulators”. Approving this sorts of plans usually takes a long time with involvement of the central government, all sorts of agencies, and the local government.

The sudden and unexpected announcement might indicate there is no improvement yet. That does not mean LeEco won’t get it, but the company doesn’t make it easier. Authorities might feel LeEco is forcing their hand, and there is nothing bureaucrats hate more than that.

Still, it is great to see LeEco is making progress with their car making dreams.