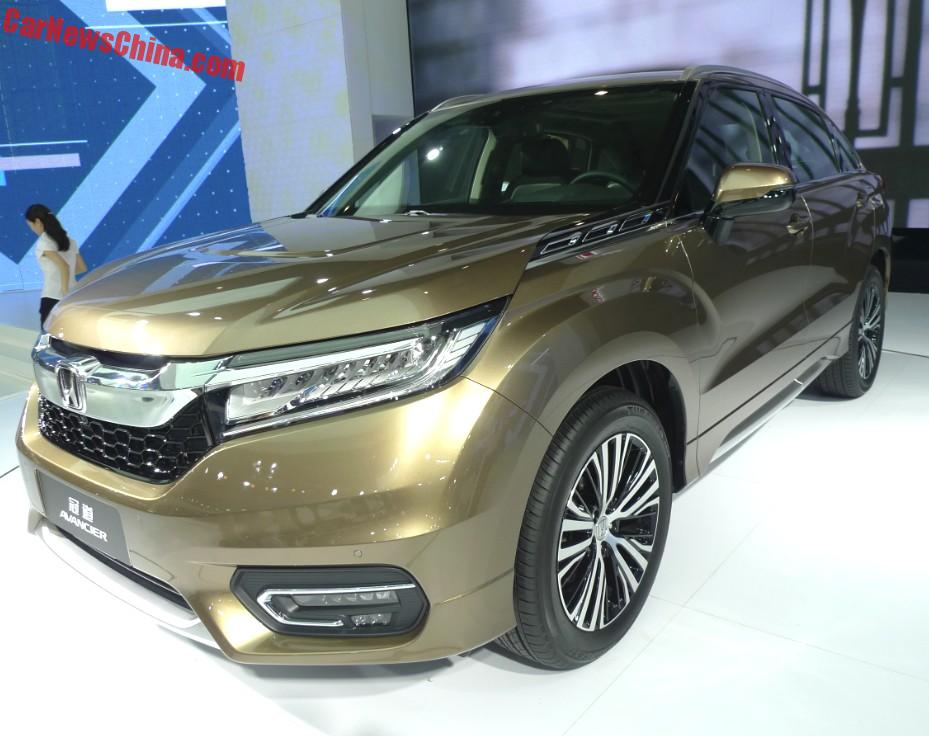 Honda unveiled the production version of the new Avancier SUV on the Chengdu Auto Show in China. The Avancier will be launched on the Chinese car market in October. It is a large and sporty SUV, developed especially for China and made locally by the Guangzhou-Honda joint venture.

The shiny air vents on the side of the bonnet, in a black panel, are fake.

The Avancier will be positioned above the Honda CR-V to compete with cars like the Buick Envision, Ford Edge, and the Toyota Highlander. 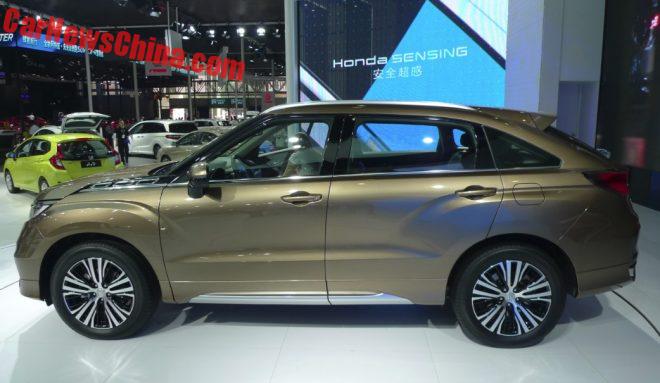 Otherwise a nice looking car. The fenders are bulbous and the roof line is low. The a-b-c pillars are black, making for a very racy stance. Chrome strip on the lower part of the doors however seems out of place, and ugly. Roof rails are not usable, this Honda is about style. 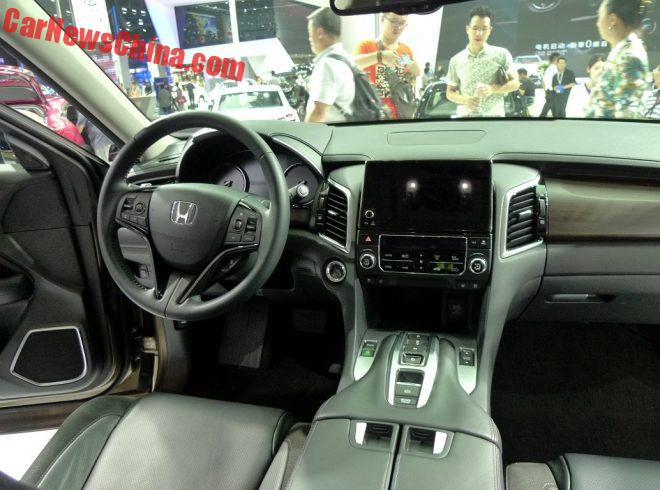 The interior looked very nice with loads of leather and some wood. Touch screen is 10.1 inch. It has Honda Connect and Apple CarPlay, but no Baidu CarLife. But it does have… a CD/DVD player. Yes really. For grandma with her 1990’s pop music. Center tunnel looks very spacey, but the instrument panel is very analogue, and the steering wheels looks strangely old fashioned. 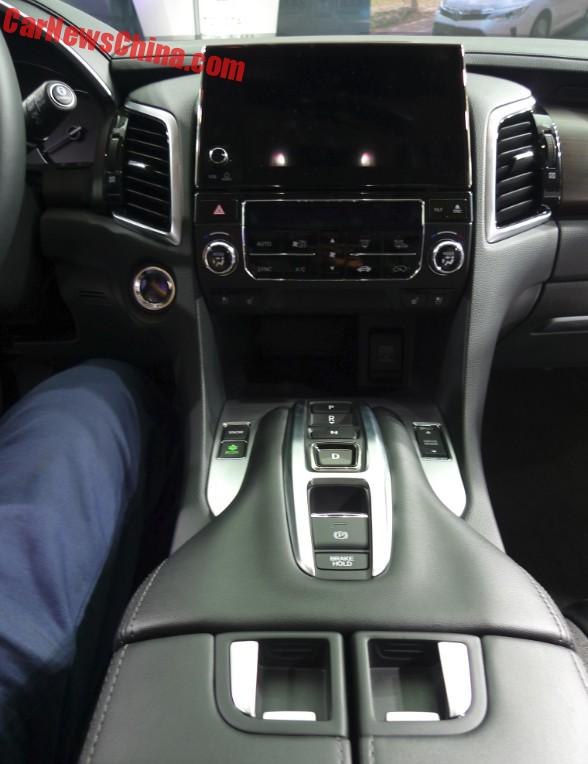 The CD/DVD tray is located directly under the touch screen. Literally under, you got to slide the screen up to get to the tray. I sat in the car with a Chinese journalist working for a car magazine, and we had a lot of fun about the CD player. Nobody uses CD’s anymore, and there are no places to buy any. We all use apps here for our music, but these cannot wireless connect to the infotainment system, not even with Bluetooth. You need to bring a cable and connect via the aux plug. It is the same story with most other Western car makers, including BMW. Only General Motors is seriously trying to make popular Chinese apps work in their new cars. They ain’t the biggest for nothing… 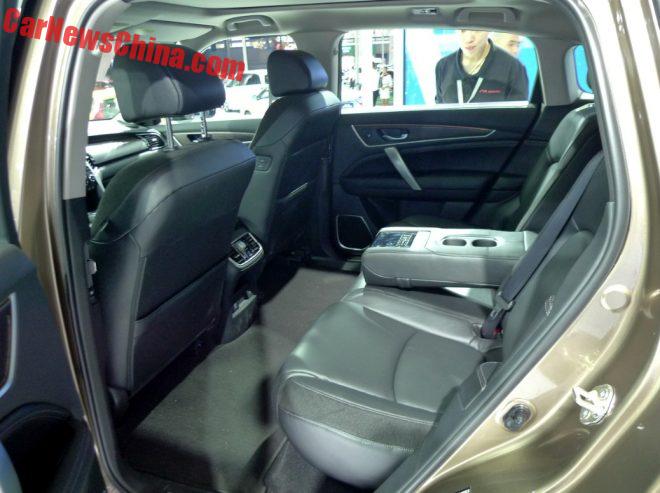 Loads of space in the back, even for the head. Not much to play with however, a high end car like this could do with some rear-seat entertainment. 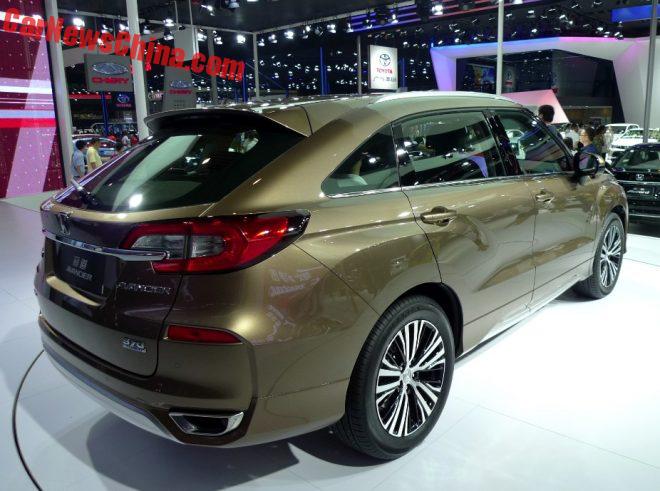 If you are a fan of a large rear-overhang you have found your car. The largeness is emphasized by the enormous rear lights, in a time when smaller units are fast becoming fashion. 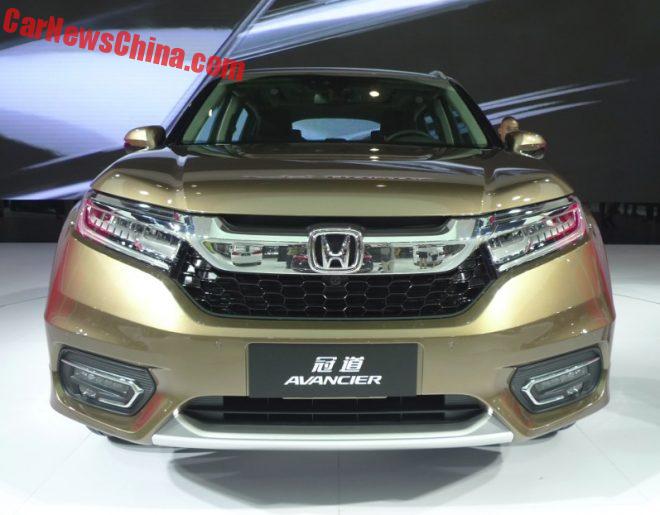 Front is busy but the fat shiny strip is nice. 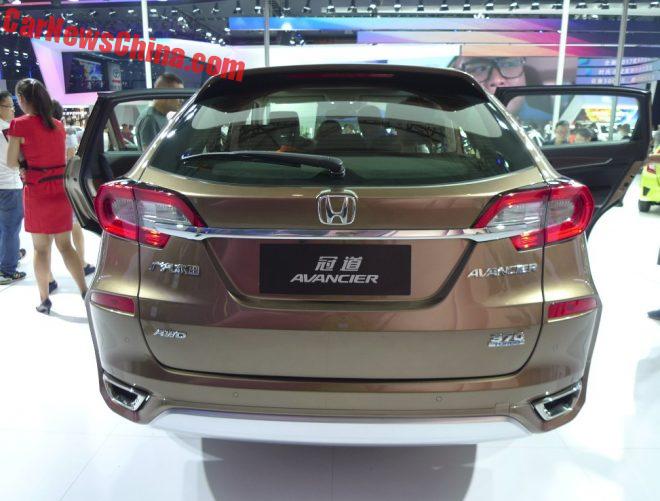 All in all; it looks good, it has a powerful engine, it is spacious, and the interior is just techy enough. And the CS player? Well, you won’t even see it as long as you don’t slide the screen up.