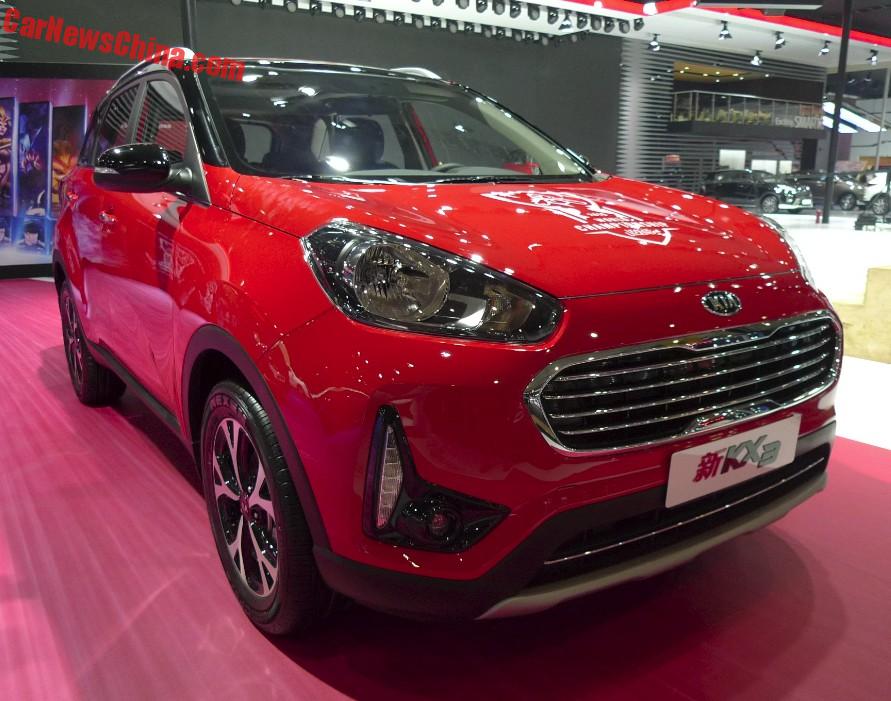 The facelifted Kia KX3 has been launched on the Chengdu Auto Show in China. The facelift includes a new and ultra shiny grille, new bumpers, new fog lights, and new head light visors. New too is the trendy two-tone paint which will be available in whatever combination the customer desires.

Alloys are new too.

Engines didn’t change: 125hp 1.6, a 161hp 1.6 turbo, and the old 160hp 2.0. The latter is popular with the more traditional Chinese car buyers who still believe that the bigger is the better. 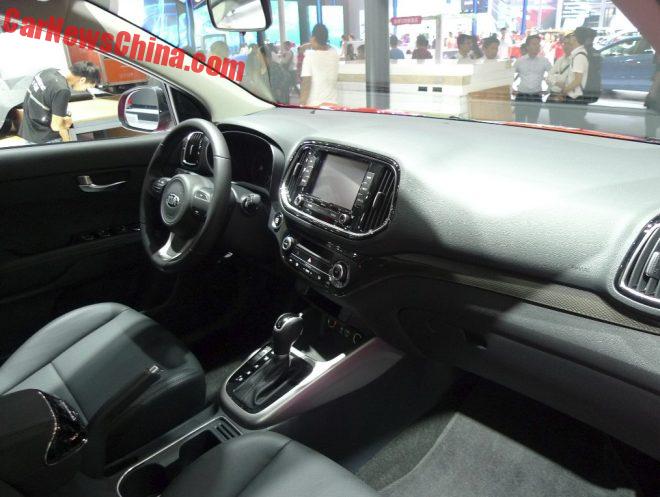 The looks of the interior didn’t change. The biggest news is the addition of a clean-air filter which will keep the worst pollutants out of the passenger’s lungs. 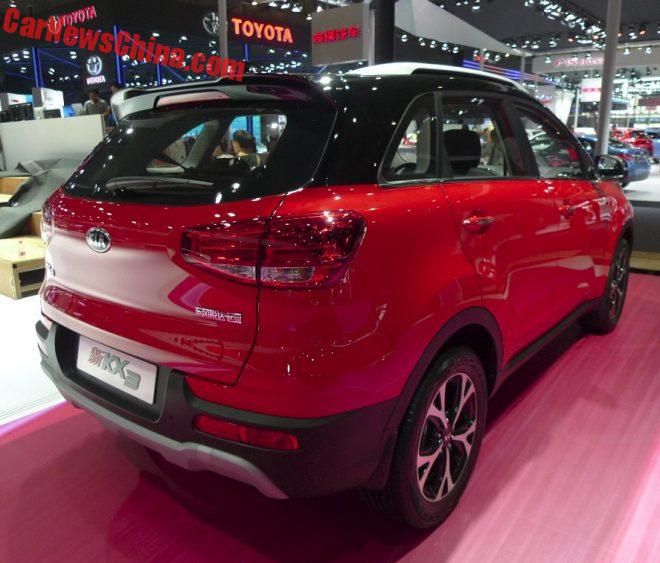 New bumper but otherwise no changes. Rear lights are gigantic. Smaller lights are the fashion now. Kia should have changed them. Two tone paint looks rather nice.