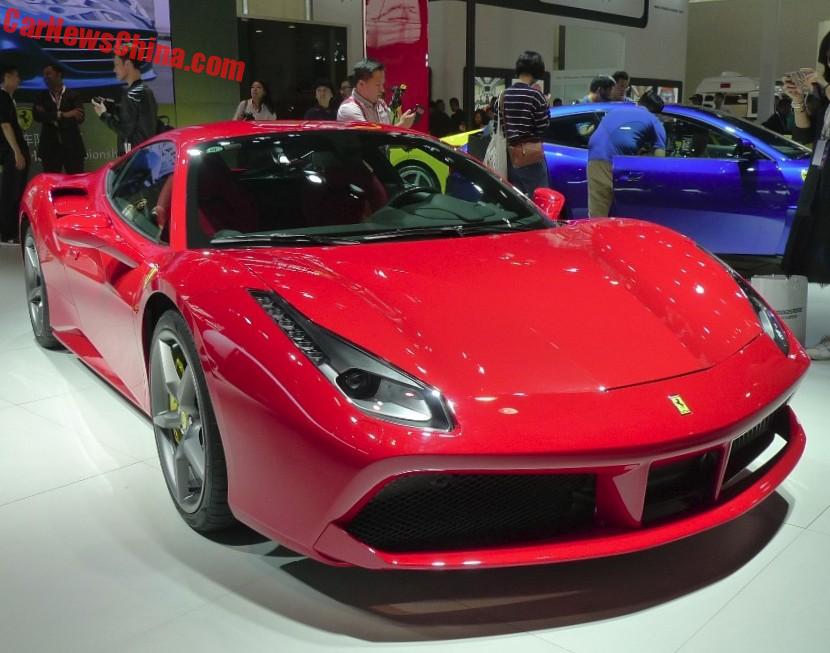 The Guangzhou Auto Show is running at full speed, and racing along are a lot of supercars. All major manufacturers were present with the notable exception of McLaren. The Guangzhou Pearl River Delta area is one of the richest places of China with trillions being made by exporting everything to everywhere.

That means a big market forsuper cars and the cities in the delta are full with dealers and shops. Many manufacturers that enter China start in Guangzhou before moving on to Shanghai and Beijing. Guangzhou was also the very first city in China to have a sizable population of supercars. The boom started early in the late 1980’s with cars smuggled in from Hong Kong, some with the wheel on ‘wrong’ side.

Supercars are very expensive in China. This has two reasons. The first reason is healthy entrepreneurship; car makers know that Chinese buyers are flash with cash and that they want their car rather now then tomorrow, so they price ‘m high. The second reason is tax. Any imported car is heavily taxed but cars with large-displacement engines are hit the hardest, and supercars tend to have big engines.

There are three kind of taxes on imported cars: a 25% import tax, a 17% VAT, and a 0-40% consumption tax. The amount of the latter depends on the size of the engine. Cars with engines of 4.0 liter and bigger are slapped with a 40% tax. Most supercars are powered by monster engines much larger than that, so they get hurt by the tax man. But recently some supercar makers have seen the light, and they are now fitting smaller turbocharged engines that stay just under 4.0 liter.

A few examples: Ferrari 488: 3.902 liter. McLaren 650S: 3.800 liter. Mercedes-AMG GT: 3.982 liter. The smaller engines mean the cars end up in a lower tax bracket with a 12% consumption tax. In theory the manufacturers can now lower their prices with 28%. But in reality they don’t change a thing. Buyers keep buying anyway and the manufacturers simply pocket the extra fat margin.

Time now to have a look at our brand new gallery with eleven tellingly expensive supercars:

The Lamborghini Centenario costs the most per horse, whereas the Maserati costs the least. But the best deal seems to be the Brabus Maybach 900 Rocket, almost 900 horses for $490,000 at a Price per Horsepower price of $552. Let’s get one now!