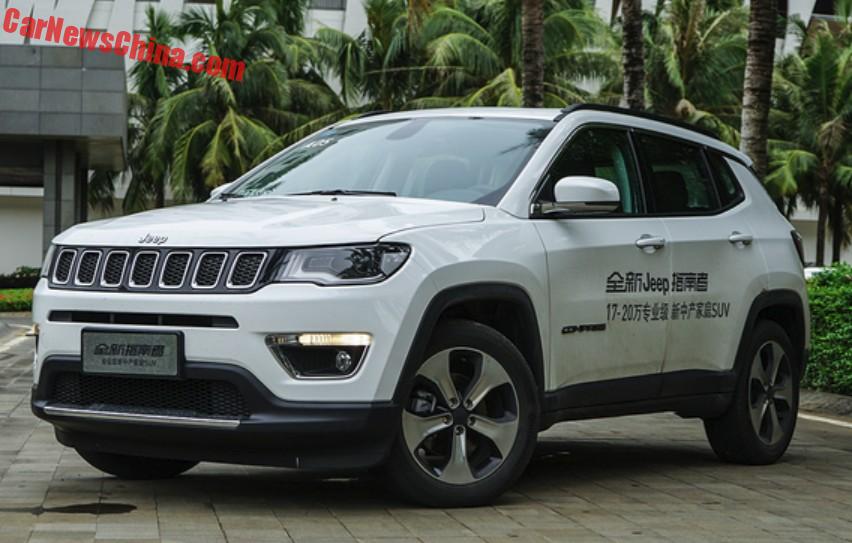 The all-new 2017 Jeep Compass has been launched on the Chinese car market, long before it will be launched anywhere else, underscoring once more the importance of China for FCA. There are two variants: the 200T and the 200TS Trailhawk. White car is a 200T, and this… 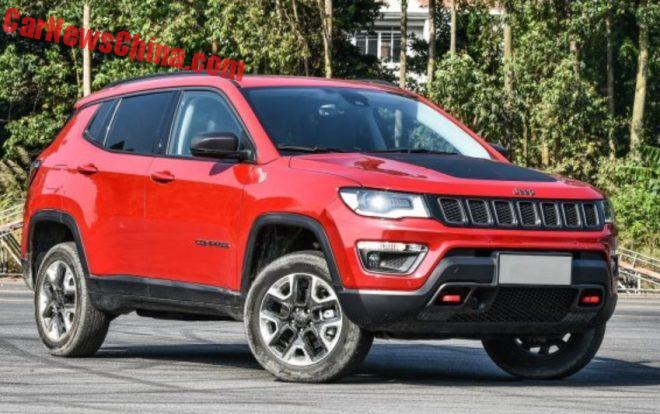 The 200T is powered by a 1.4 liter turbo four with 165hp and 250nm, mated to a six-speed manual or a seven-speed DCT, sending horses to the front wheels.

The Trailhawk is the dedicated off-road version. But off-roaders need torque, and they need it at low rpm levels. And there it gets even worse. The 200T has its maximum torque at 5500 rpm, which is fine for a front-wheel drive school-run car. The ‘off road’ 200TS Trailhawk however has its torque peak at a hefty 6450 rpm. That’s going to be a hard bitch to kick up mountain! 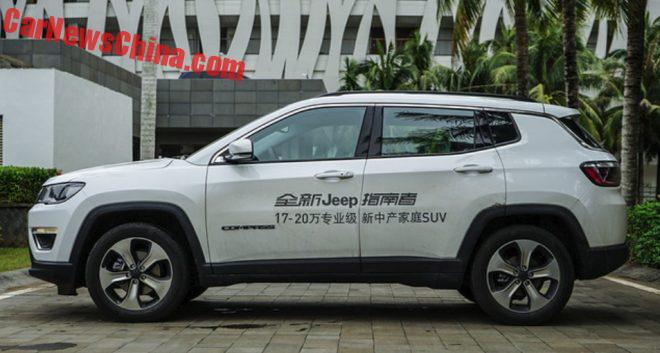 The Compass is made by Guangzhou-Fiat, the joint venture that also makes the Jeep Renegade, the Jeep Cherokee, the Fiat Ottimo, and the Fiat Viaggio. The latter two are based on the same platform as the Dodge Dart.

The Compass stands on a enlarged variant of the FCA Small-Wide 4×4 platform that also underpins the Jeep Renegade, the Fiat 500X and the Fiat 500L.

In China the Compass will compete with cars such as the Ford Kuga, the Honda CR-V, Peugeot 4008, and the Toyota RAV4.

The interiors don’t differ very much. 200T above and 200TS below. The TS has some red decorations here and there, and a thicker steering wheel, and that seems to be it. The touch screen is 8.1 inch, it has uconnect and Baidu CarLife, but it doesn’t have Apple CarPlay. The stereo system is sourced from Alpine, it has nine speakers and a sub-woofer. 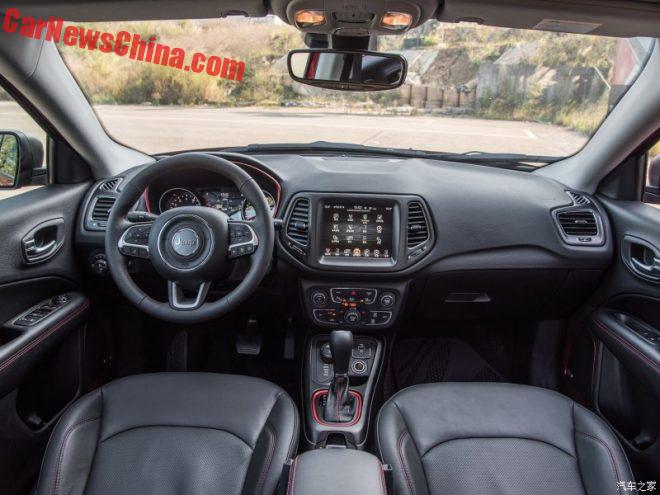 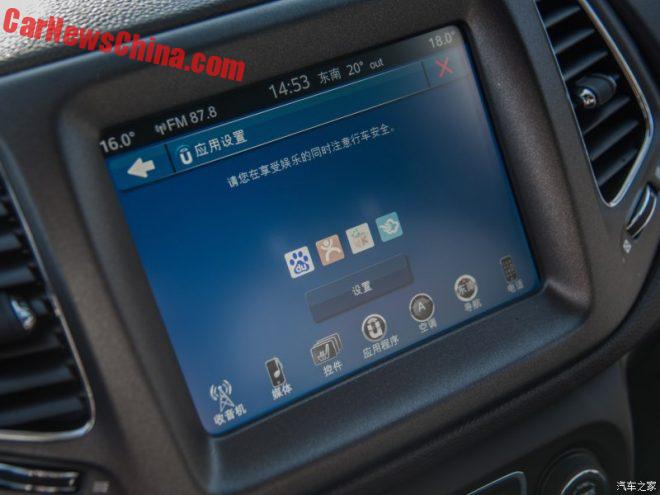 Icons are rather small. Not handy when bouncing in the hills. 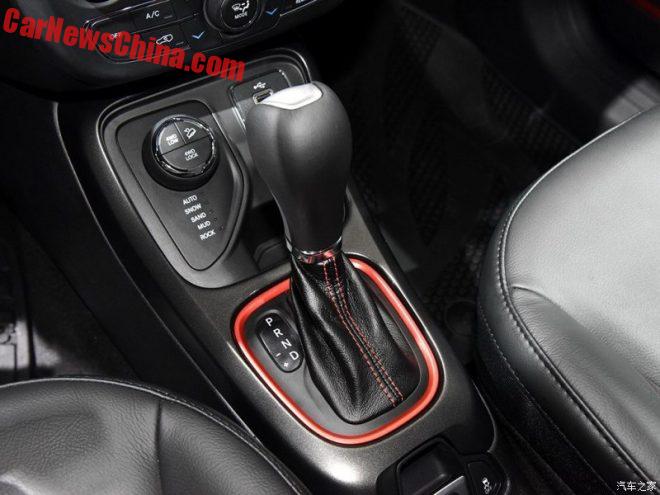 The 200TS Trailhawk has all the funky off-road settings: auto, snow, sand, mud, and rock. Very nice and all but it matters not, because it doesn’t have to torque to go through that mud or over that rock. 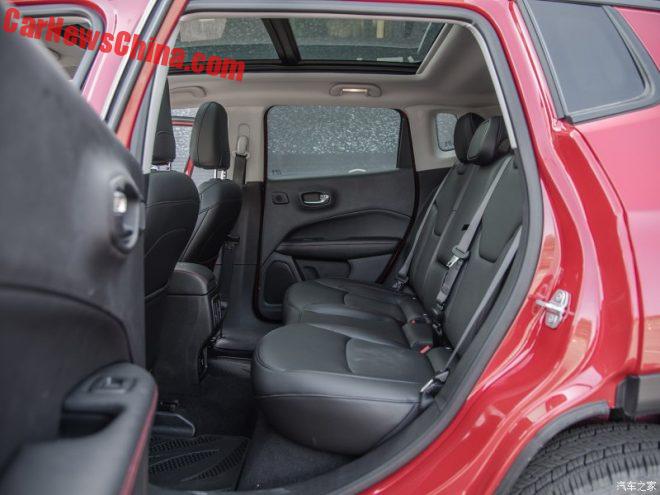 Panoramic sun roof is standard on the 200TS. Check the door on the other side, it is incredibly narrow. 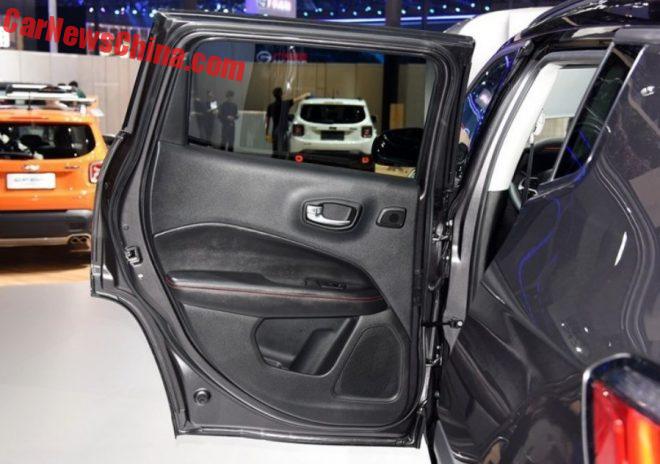 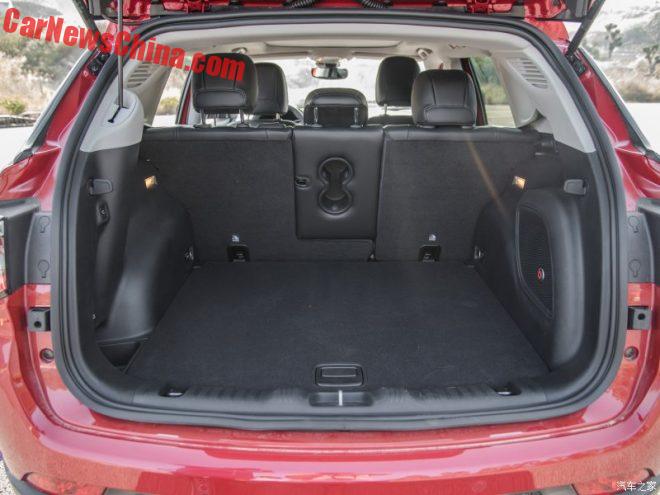 See the seat in the middle. The rear of that seat doubles as the arm rest! So when you put the arm rest down… 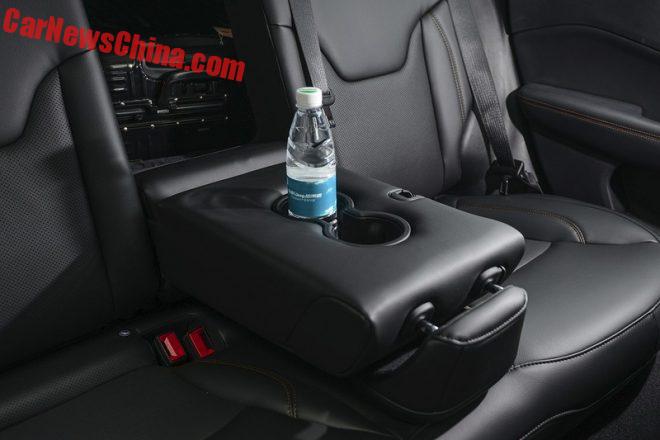 … there is a full hole in the bench, offering a view on the bags. Odd, how very odd. The rear bench thus is very thin. 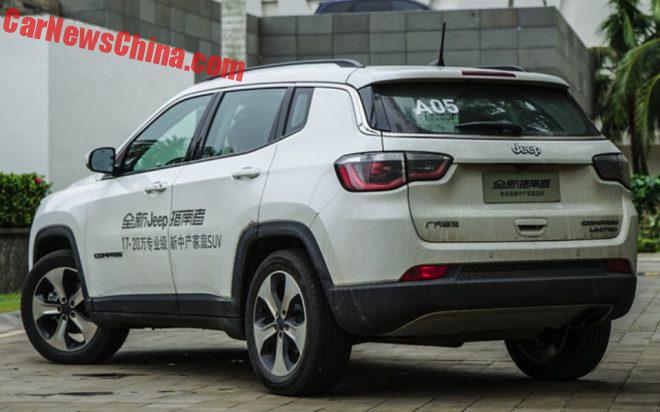 This white media car is properly dirty! Like a Jeep should be.

But don’t go in the dirt with this one. 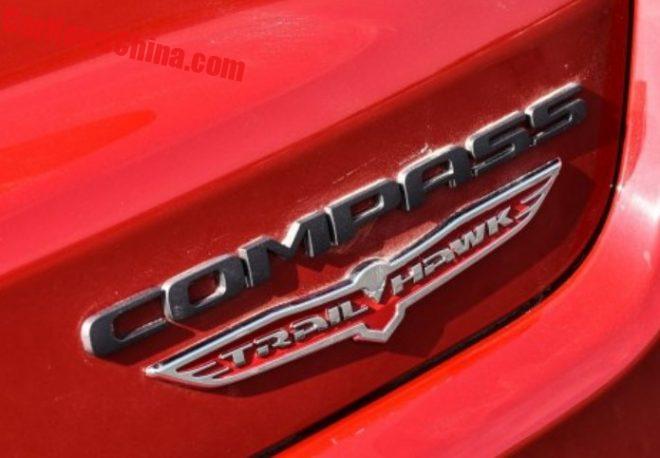 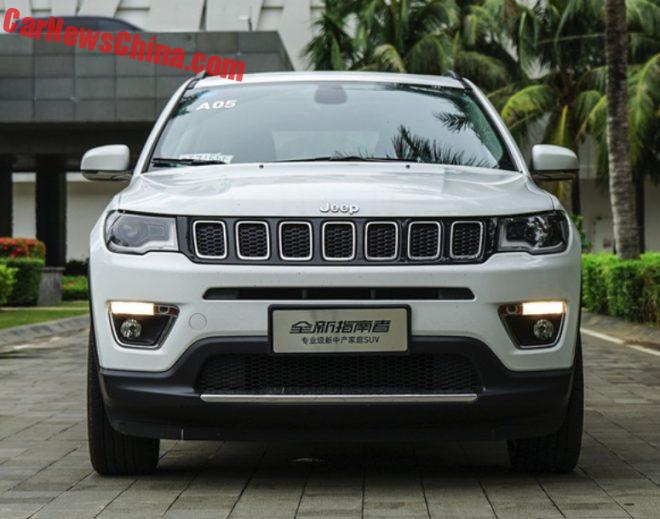 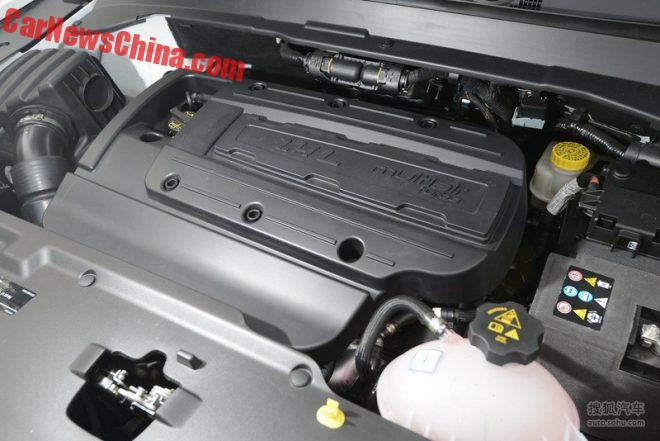 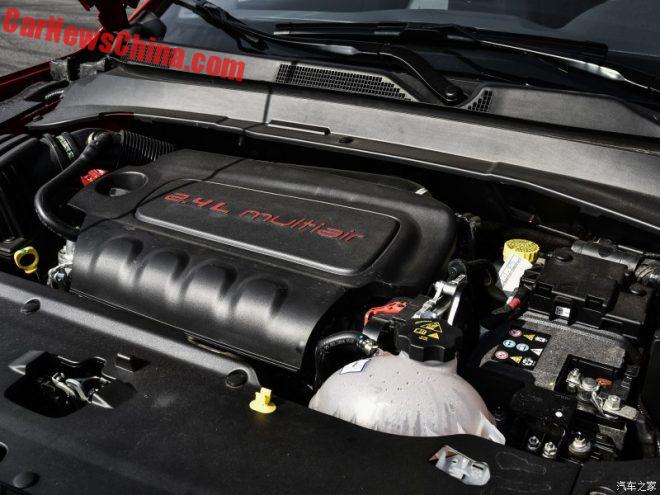 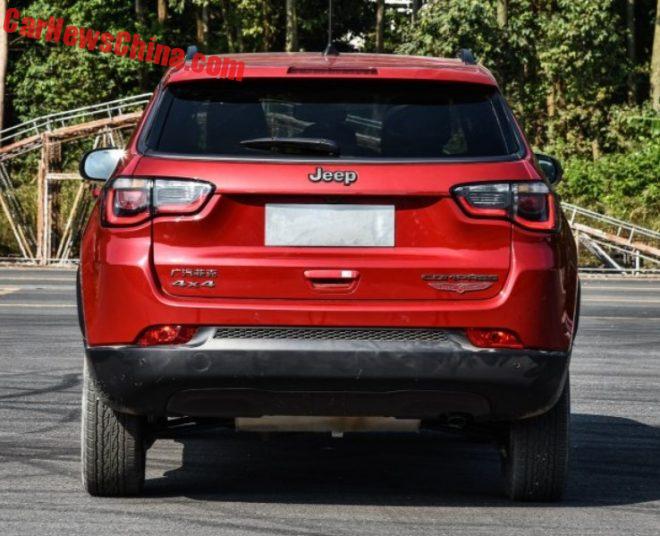 But in the end it is the market that decides and I have no reason to believe that the Compass won’t be another smash hit for the Jeep brand. The Cherokee is selling like absolutely crazy, just over 10.000 units in November, followed by the Renegade with 3800 units. The Compass is estimated to sell at least 5000 a month and we bet it will reach that number with ease.