Production Of The Zotye T700 SUV Has Started In China 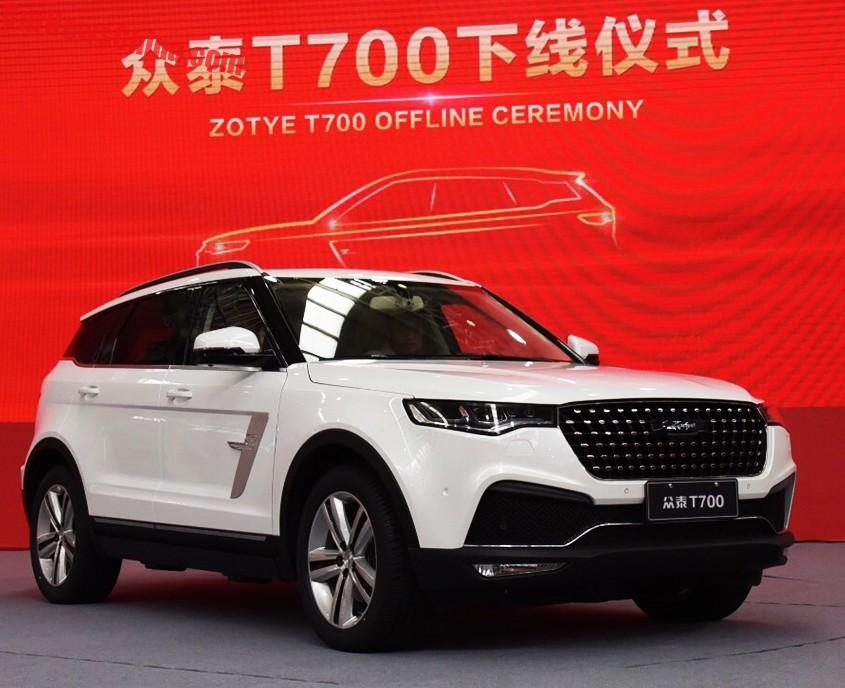 Production of the Zotye T700 SUV has begun. It will have its public debut on the Shanghai Auto Show next month and launch on the Chinese auto market in May. The T700 is the new flagship of the Zotye brand. It is the production version of the Zotye T600 S concept. Happily it is not a clone like the Zotye SR9. There are surely visible influences of Range Rover but overall it is a fine looking car. 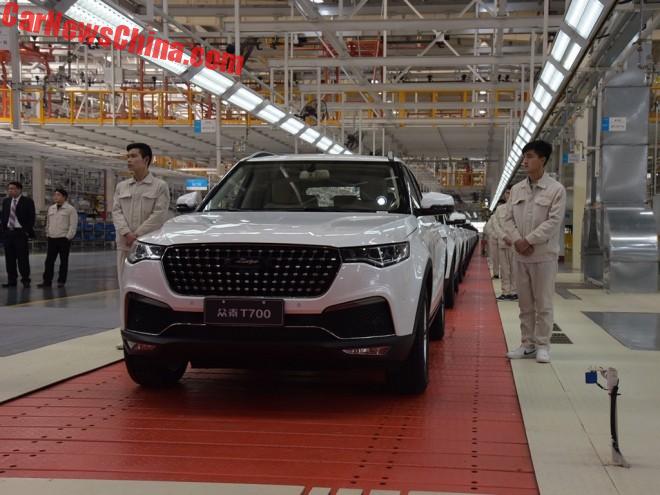 A look inside the factory, looking very clean. A dozen or so cars rolling off the line. They are all white. But other colors will be available; earlier on we saw a black car. 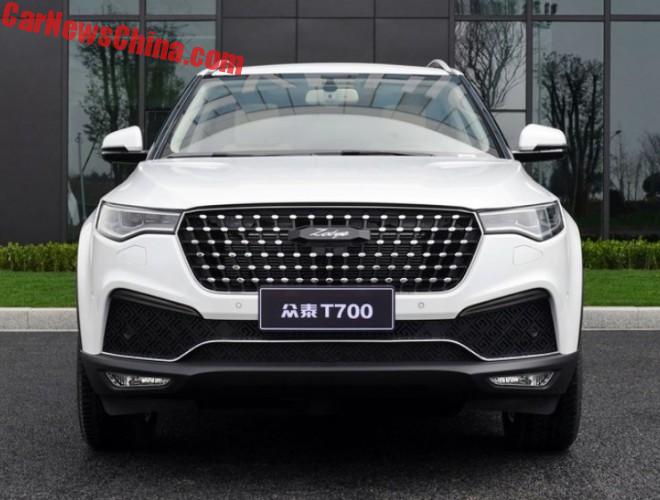 There will be three engines available: a 1.8 turbo with 177hp and 245nm, and a 2.0 turbo with 190hp and 250nm, and another 2.0 turbo with 220hp and 350nm. The engines come from different sources: the 1.8 turbo is sourced from the Tieniu Group, which owns a controlling stake in Zotye Automobile and also in Hanteng Autos. The 190hp 2.0 turbo comes from Shenyang-Mitsubishi, and the 220hp 2.0 turbo from the Shanghai Auto Industry Corporation (SAIC). Mechanics ate Zotye dealers will love it. ‘Boxes: five-speed manual or six-speed DCT for the 1.8 turbo, and only six-speed DCT for the 2.0 turbos. 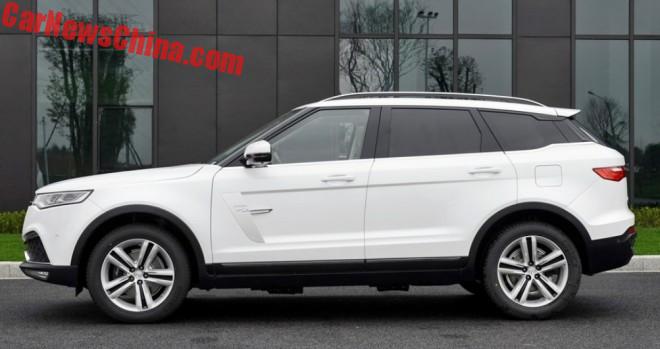 Sporty alloys, proper roof rails, a spoiler above the rear window, and a big shiny Z-shaped patch on the front doors. Pillars are in black for the almost-obligatory floating roof look. 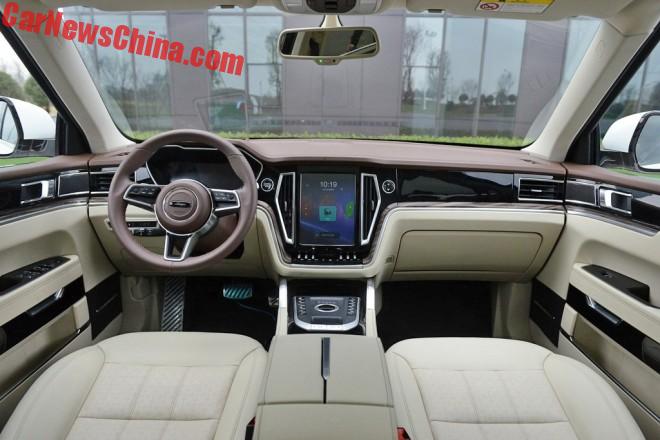 A very impressive interior with light colors and a giant 14 inch touch screen. As for the overall shape of the dashboard there are some similarities with the 2013 Volvo Concept Coupe, especially the shape of the air vents and the line running under the screen and glove box. 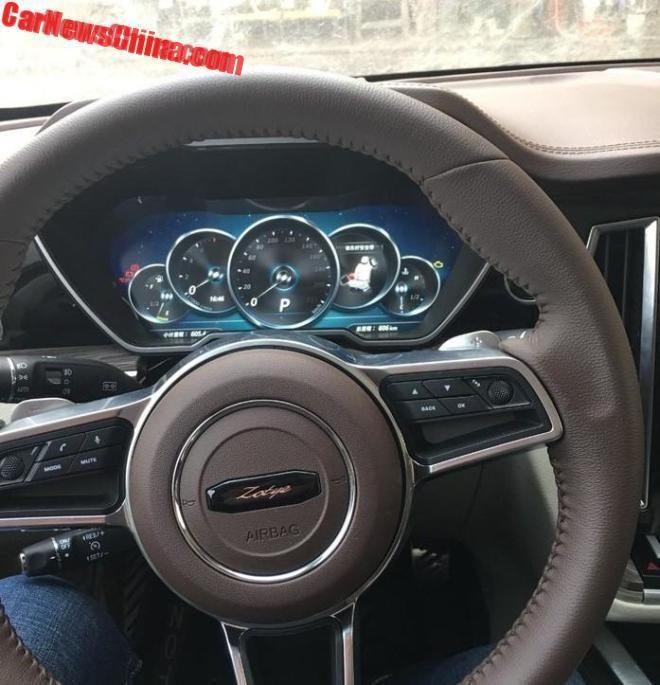 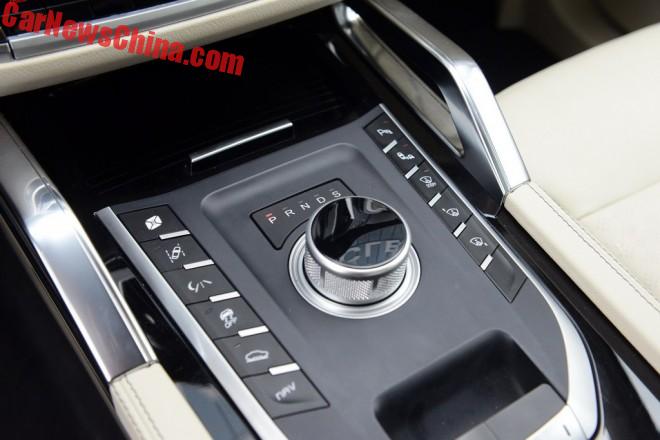 No more levers in the DCT versions, the T700 gets a trendy gear-selector knob. 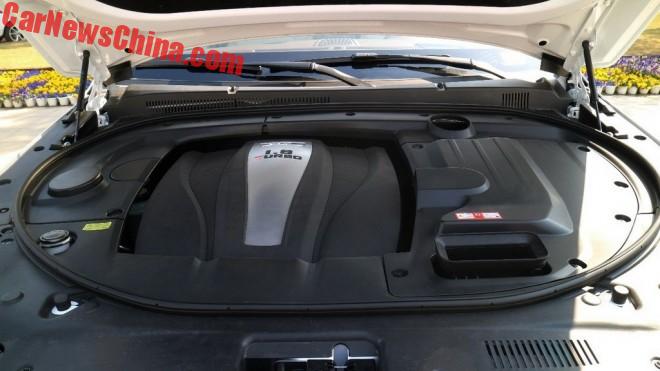 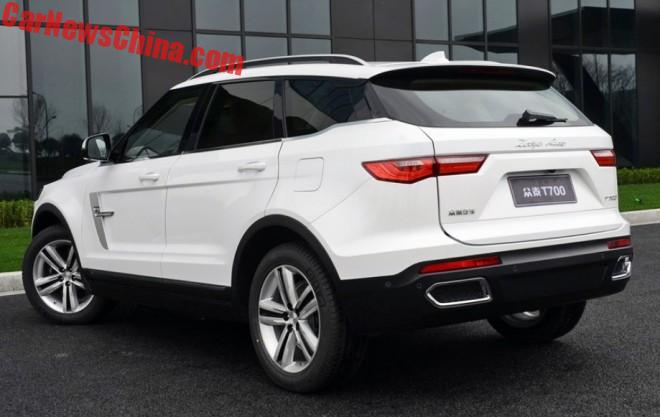 The pipe tips in the bumper are fake. The real pipes are hiding under the bumper. 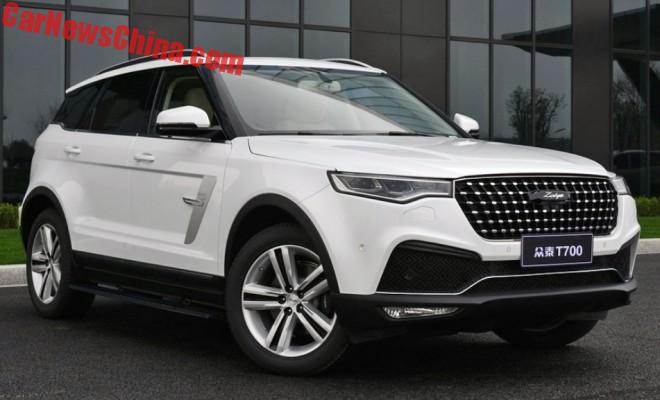