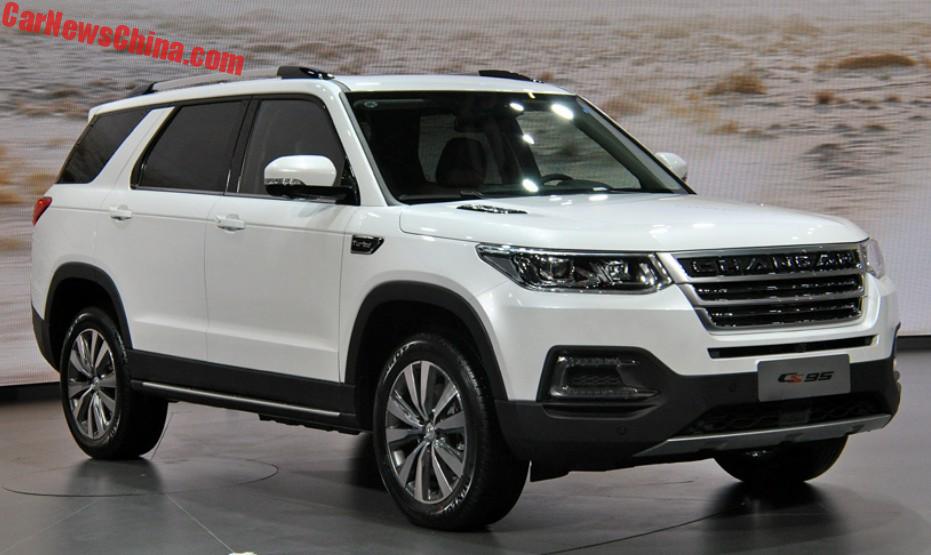 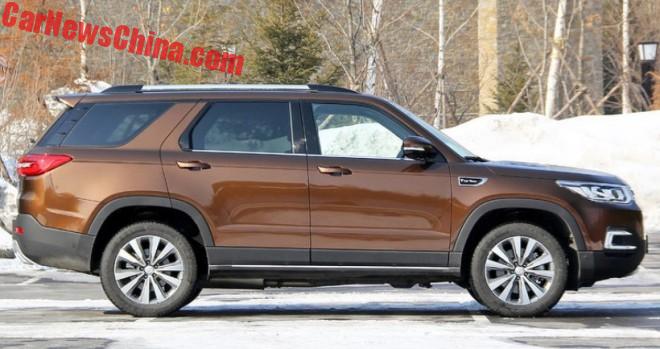 The CS95 is available as a five or a seven-seater.

Power comes from a 2.0 turbo with a hefty 233 horses and 380nm, mated to a six-speed automatic ‘box, sending power to all four wheels via Changan’s NexTrac AWD system. Interestingly, Changan says that their self-developed TF-81SC gearbox can handle up to 740nm. They better prove that with a V8 version of the CS95! 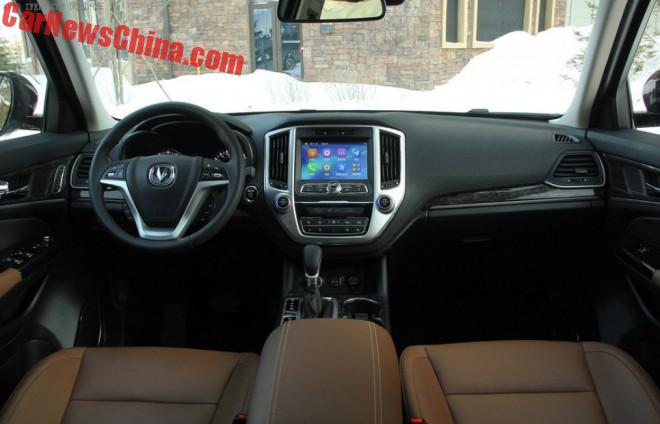 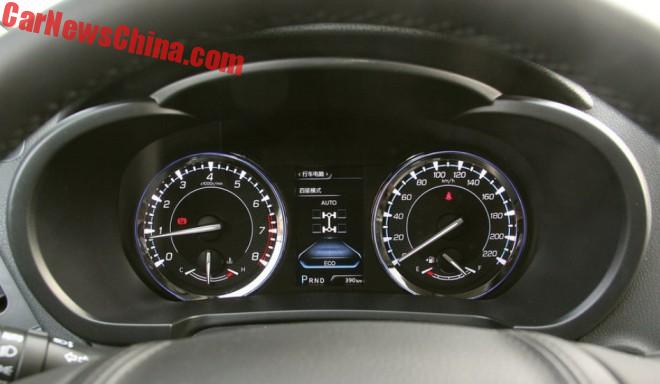 Analogue dials with a very clear TFT in between. 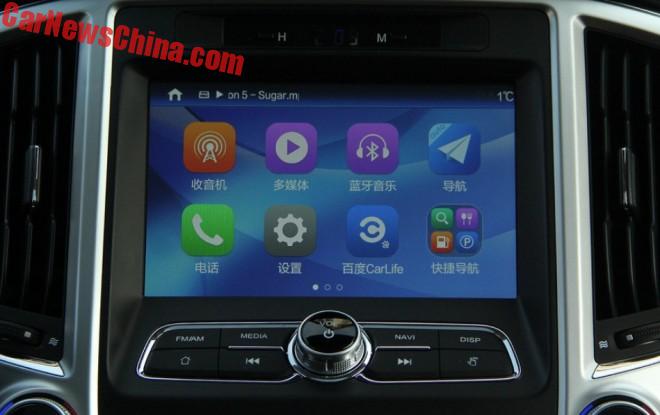 The screen does not touch. Functions are controlled by the knob and buttons below it. 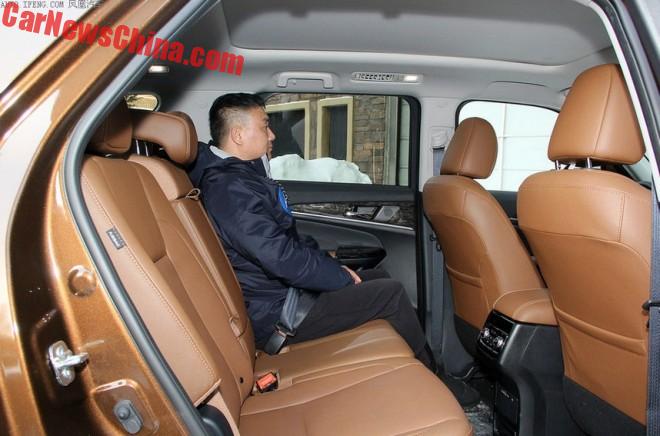 Loads of space on the second row as demonstrated by this gentleman. 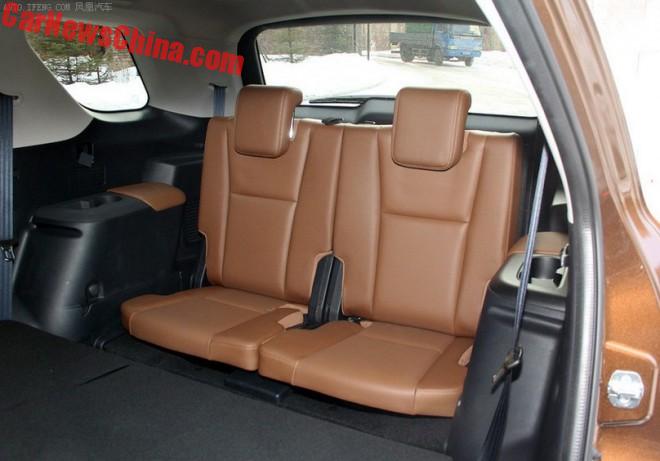 Third row only for the short-legged, and with the seats up there isn’t much… 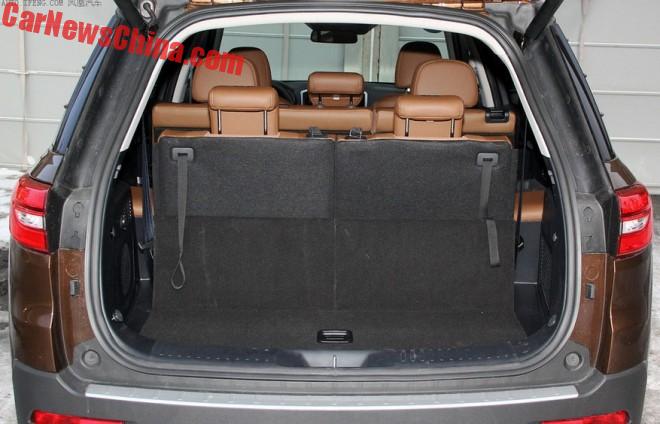 … space left for the beer. 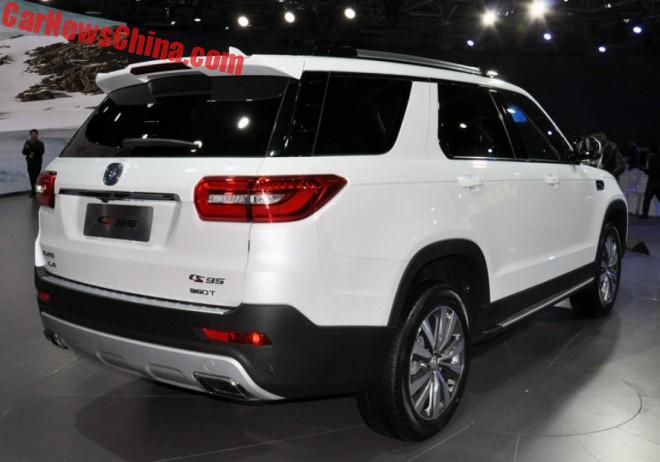 Wheels could be a little bit wider. 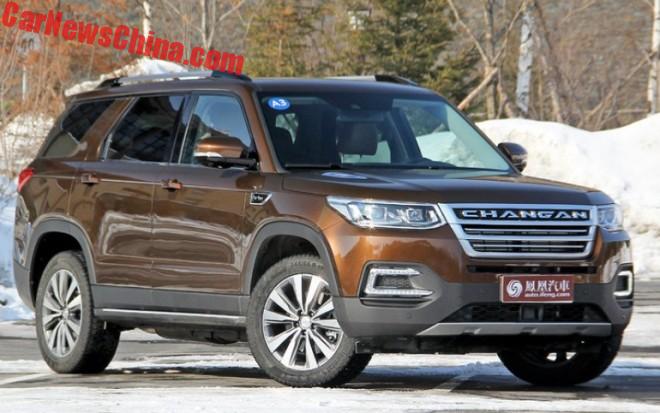