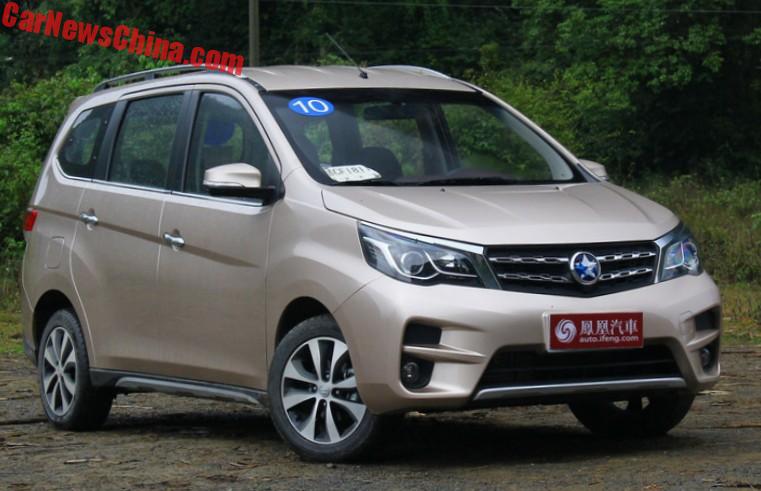 This is the new Venucia M50 mini MPV, and it looks very nice for its kind. The M50 will have its public debut on the Shanghai Auto Show next month and launch on the Chinese car market in Q4. Venucia is a sub-brand of the Dongfeng-Nissan joint venture. Up until now all their cars were based on Nissan platforms. The M50V is the first Venucia that is based on a Dongfeng. 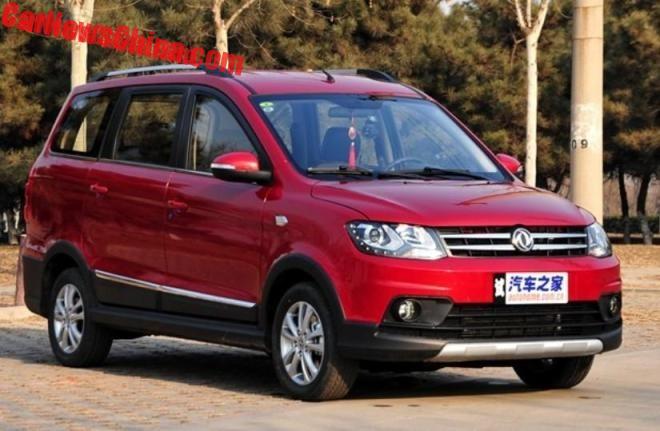 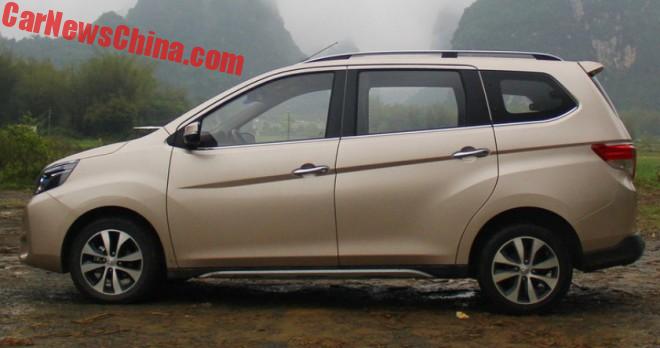 It looks more luxurious and classy then the Dongfeng. Nice wheels, side bars, roof rails, and a sharp crease over the sides. Mini MPVs are a fast growing segment in China, with more and more people choosing one over a cheap sedan or even SUV. 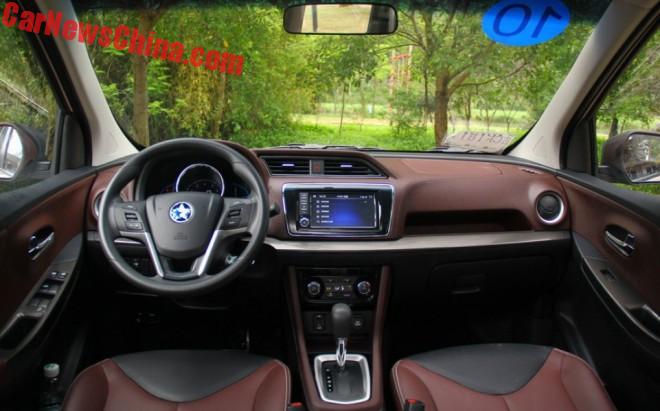 Interior is almost funky. Two tone seats, a dark brown dash, and round air vents on the sides. But the steering wheel looks strangely old fashioned. 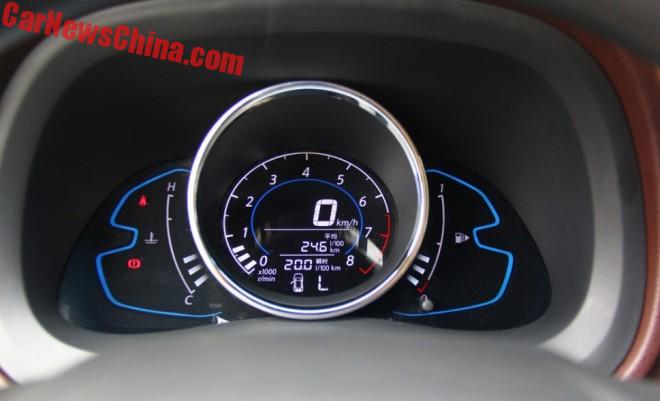 A rev counter as the main instrument! This M50V is a race car. Speedy is in 1985 digital style, 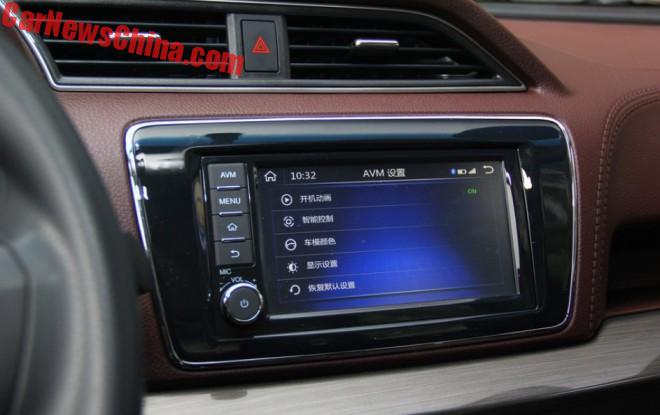 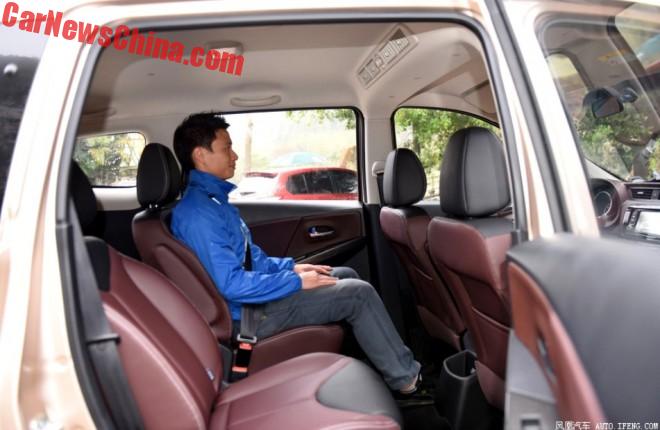 The M50V comes in six-seat and seven-seat configurations. The car on the photos is a six-seater with a 2/2/2 setup. These small MPVs are always surprisingly spacious. 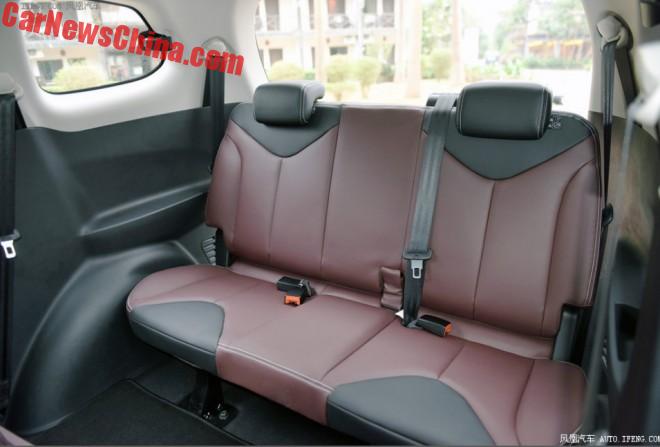 The rear bench. Black plastics on the sides look ugly. 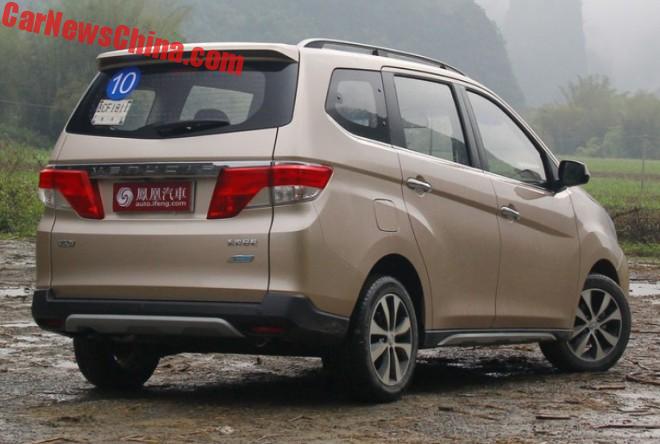 Huge rear lights and a shiny strip in between them with the Venucia name on it. 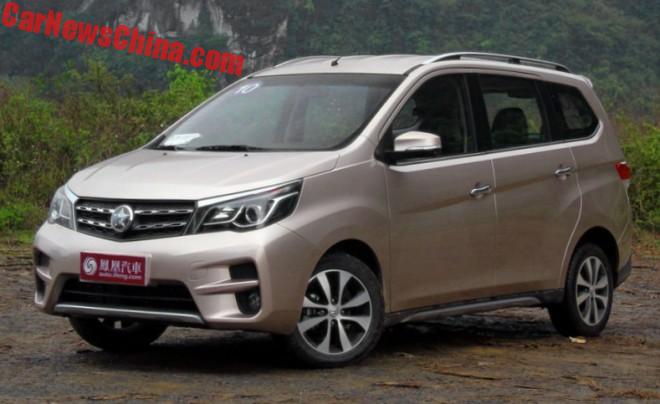 Lights and bumper look very good. The M50V appears to be a worthy new contender in the hyper competitive mini MPV segment.