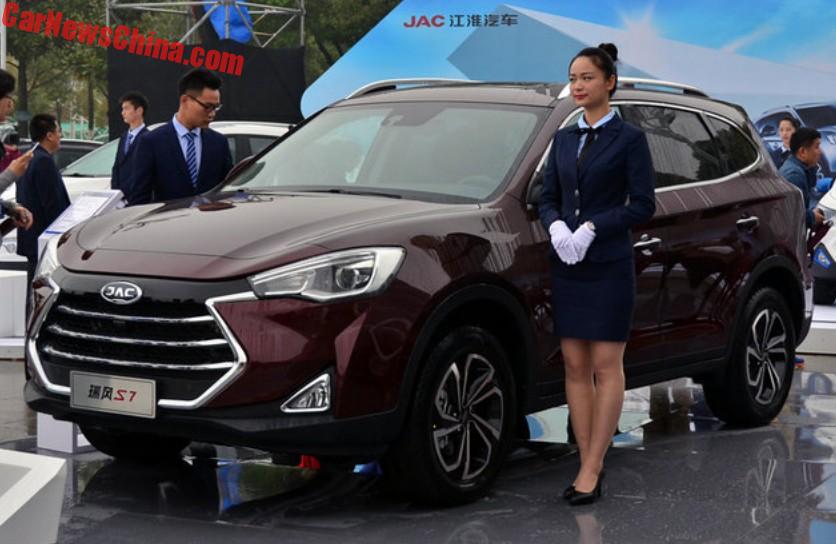 The JAC Refine S7 SUV is finally ready, seen here in dark red flanked by stern looking creatures wearing white gloves. What is that all about?! The Refine S7 features a distinctive grille with a lot of shine and a black upper bar with the new JAC logo in it. Wheels look sporty but a tad too small. 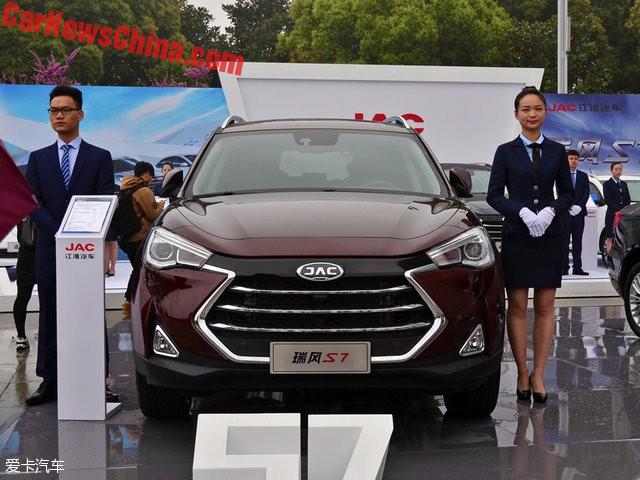 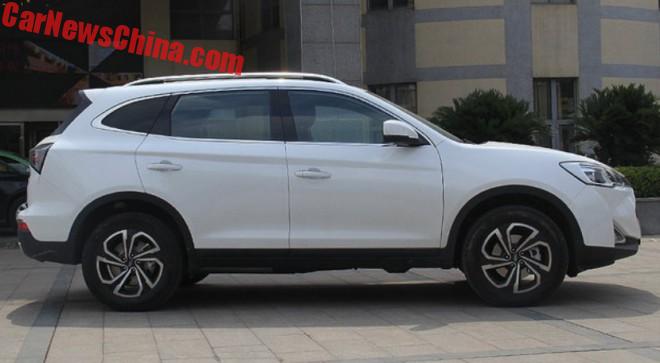 The S7 is the new flagship of the JAC SUV lineup. But it won’t be for long as the company is already working on bigger cars. 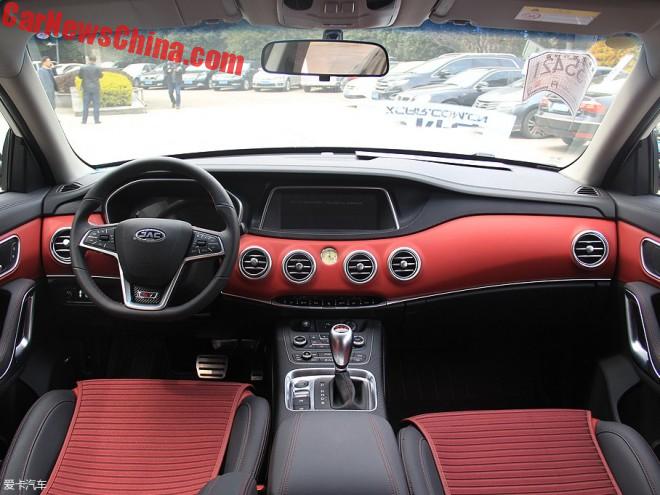 The interior is very impressive for a JAC, by far their best so far. Black leather sears with a red dash, a battery of four air vents on the center stack with a clock in the middle. There is a digital instrument panel and a 10 inch touch screen. It has shiny perforated panels for even more SUV speed!

The red seat covers in this car are a common thing in media cars in China; the car makers don’t want those stinkin’ journalist asses to dirty their seats. 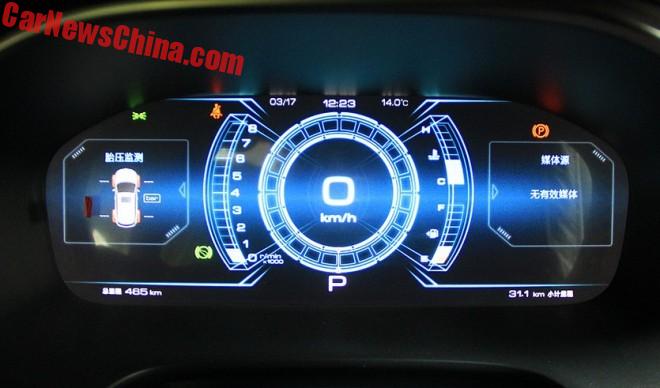 The panel is properly space age with a central speedo and a rev counter on the left. 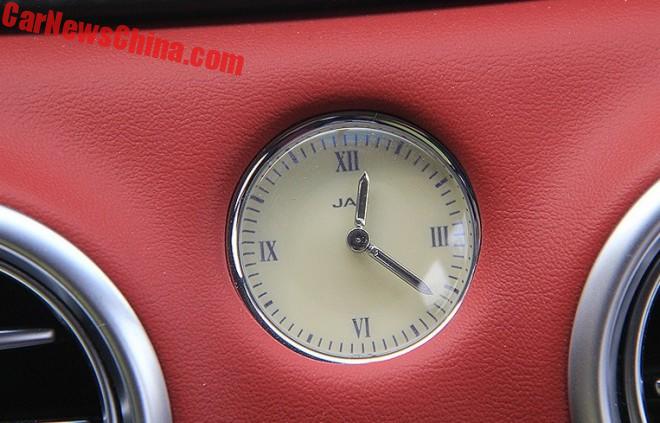 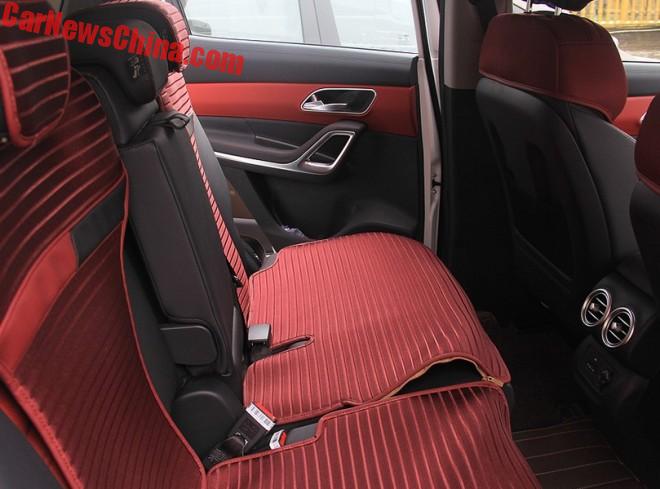 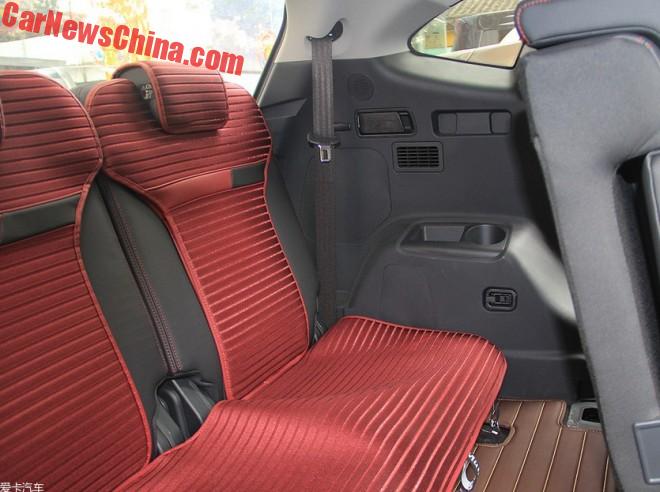 Third row with two, but only for those without legs. 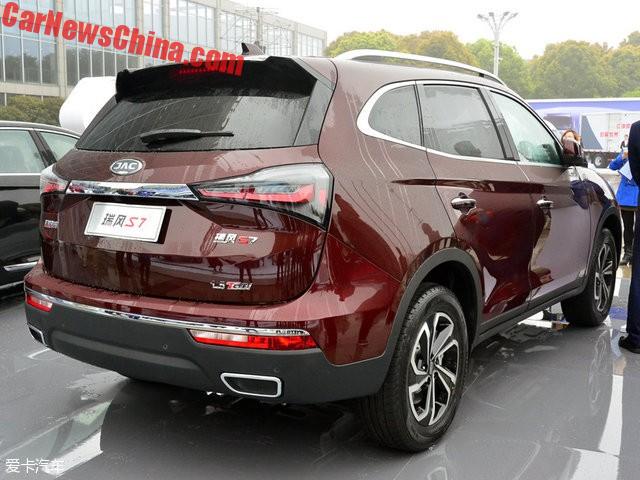 Light units are rather large but they do look good. The shiny pipe tips are fake. The pipe exists under the bumper on the right side, but you got to go low to see it: 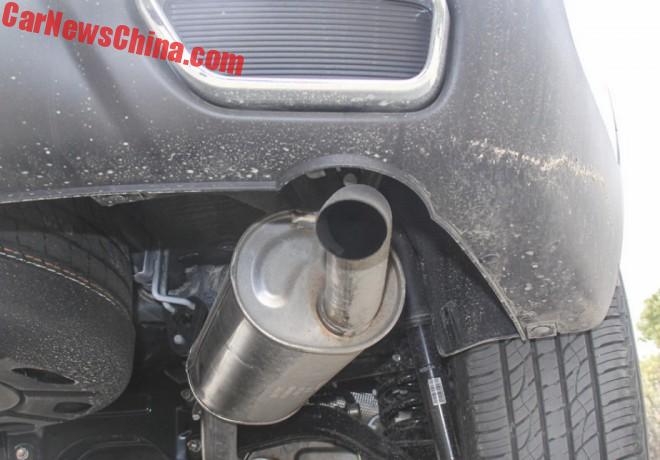 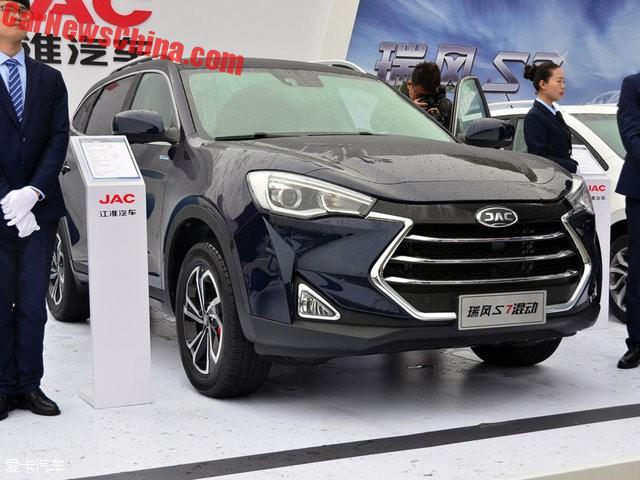