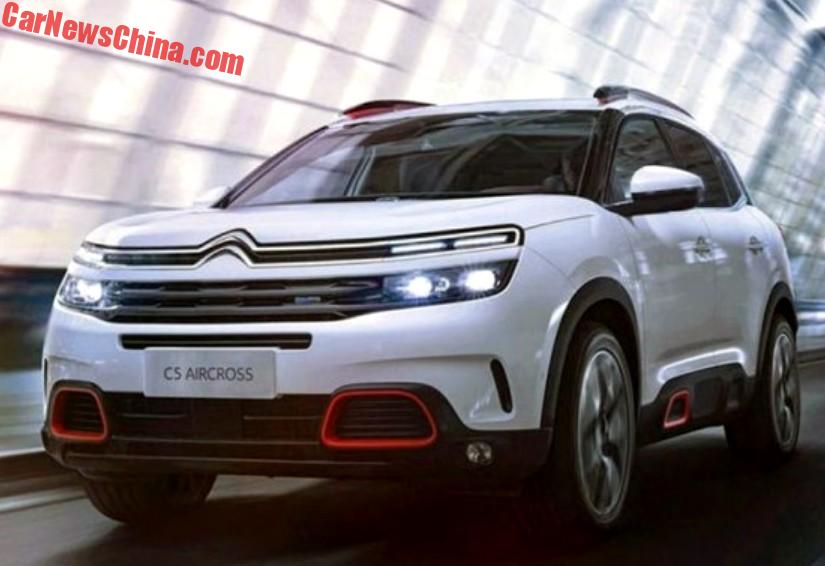 Citroen has released official images of the C5 Aircross, the production version of the 2015 Citroen Aircross concept. , and this high-end version looks a lot better than the low-spec car we saw yesterday; orange frames int he bumper! The C5 Aircross will debut on the Shanghai Auto Show next month and launch on the Chinese car market in Q3. 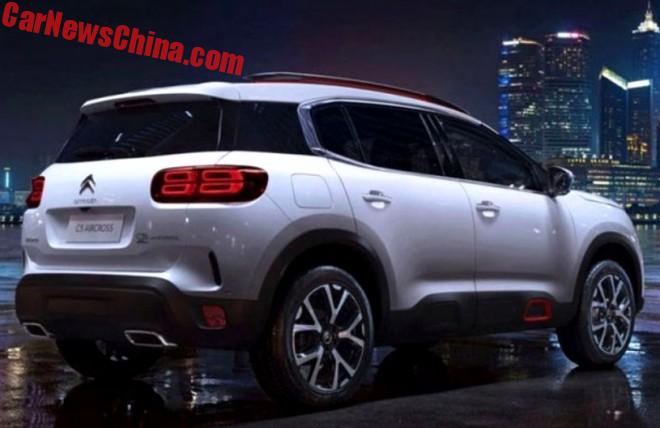 It has three air cushions on the doors, the front one with an orange frame, the c-pillar is heavily chromed, there are proper roof rails and very good looking lights. The exhaust pipes look nice here. They are somewhat integrated in the bumper and they have a clear rectangular shape. But when you buy the low-spec version you will get this horror. 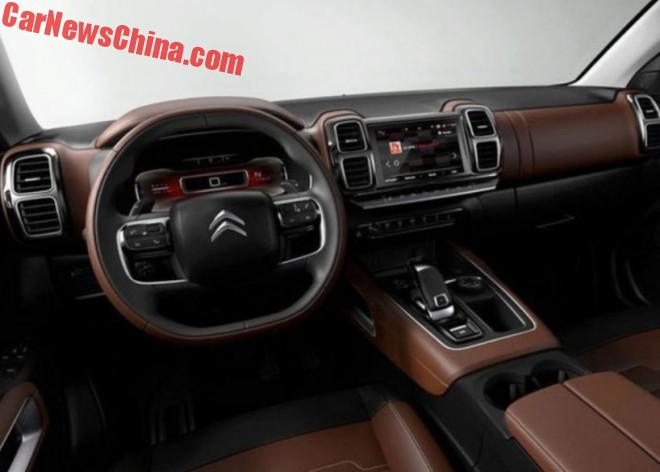 Interior is brilliant in brown! Loads of leather everywhere. Digital instrument panel and a 10 inch touch screen in the middle. I love the air vents; each vent is split in two parts and housed in a matte chrome frame. Center tunnel is very clean with a trendy little stick. 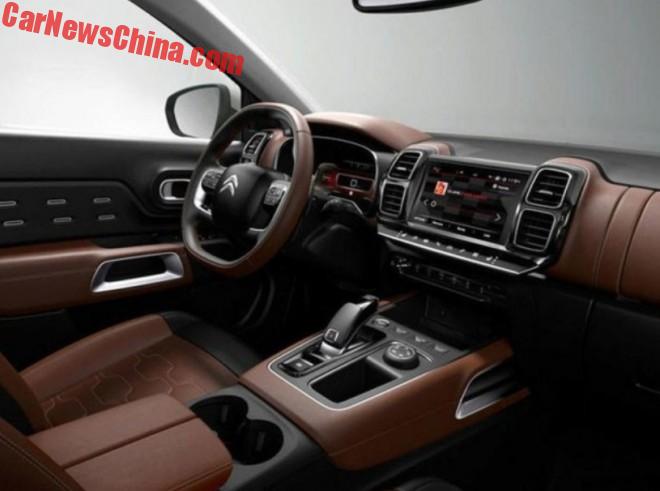 The air cushion theme comes back on the seats and on the doors. 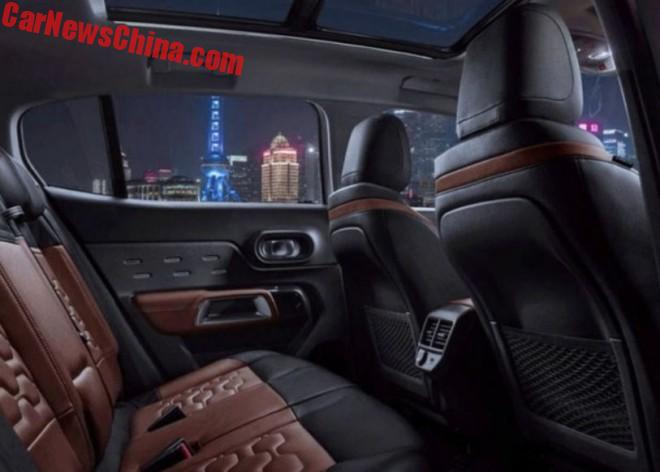 Photoshopped on the Bund in Shanghai. Brown trim on doors looks fantastic. Large sun roof to look at the heavens. 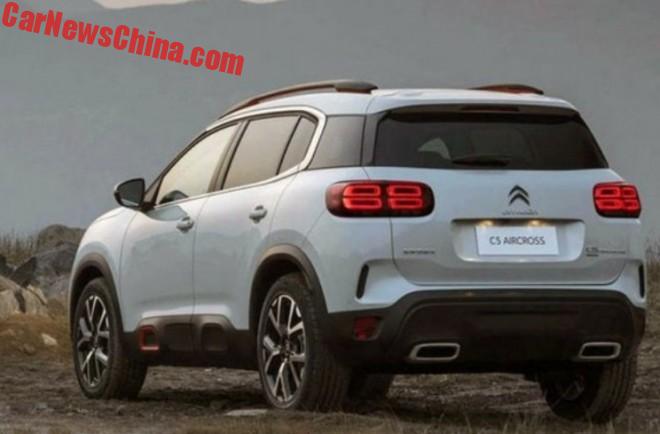 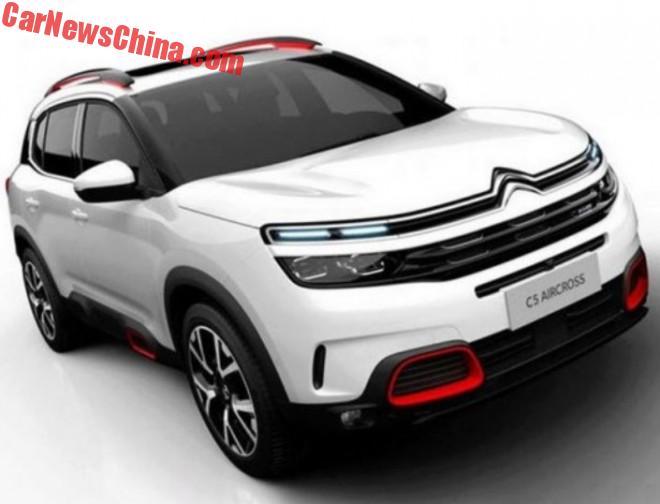 Still a it heavy on the nose but all in all a rather special car, and thus a proper Citroen.