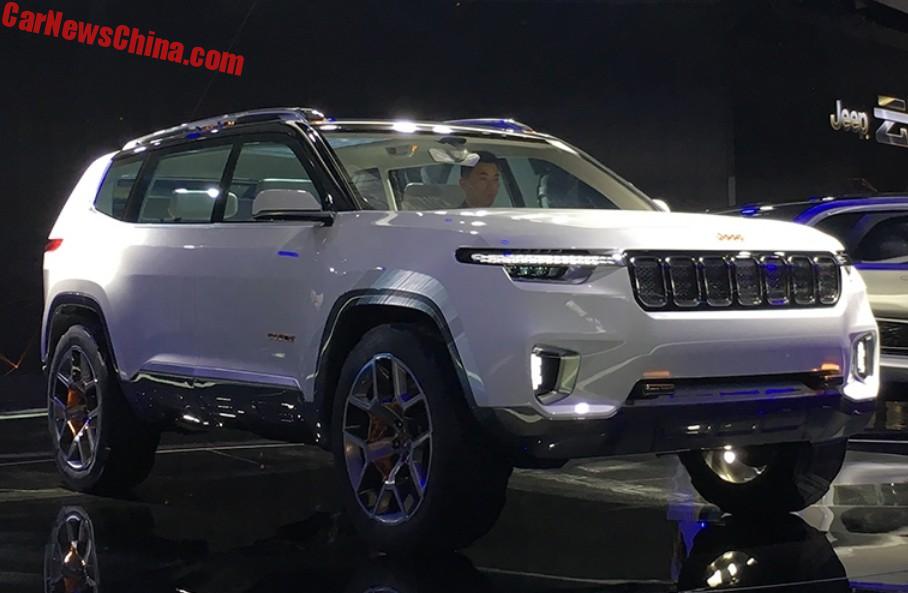 This is the brand new Jeep Yuntu concept car, launched today on the Shanghai Auto Show in China, fitted with rather small grille and sleek lights. The Yuntu is a full size bigger than the Grand Cherokee and comes with three rows but only six seats. 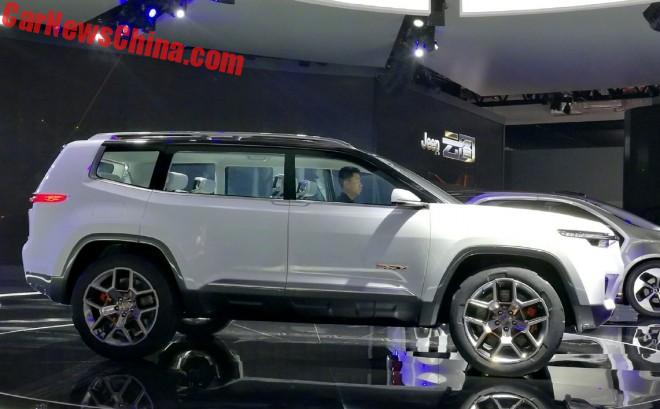 The Yuntu previews an upcoming SUV that was especially developed for the Chinese market to compete with cars like the Volkswagen Teramont, the Ford Edge, and the Toyota Highlander. The production car will be launched in 2018, manufactured by the Guangzhou-Fiat joint venture.

Some rumors say that the English name of the production version will be Commander. The last Jeep to carry that name was the 2005-2010 Commander XK.

Yuntu (云图) means cloud map, and it also was the Chinese name of the 2012 film Cloud Atlas. 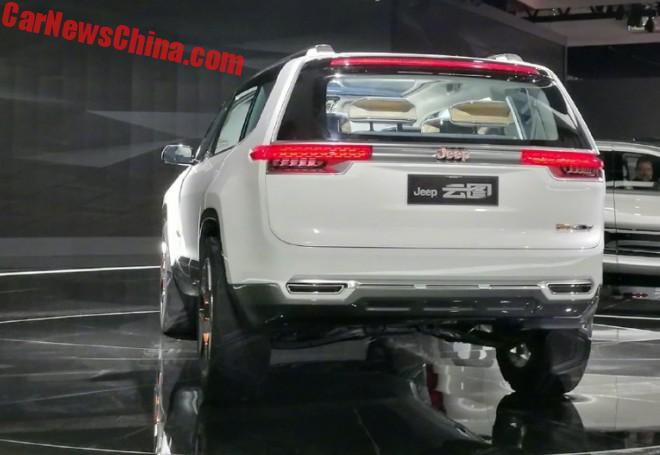 Annoyingly Jeep hasn’t released much information about the concept car; all they say is that it is a hybrid. No word on size either. Jeep’s Chinese website has some renderings but nothing more. 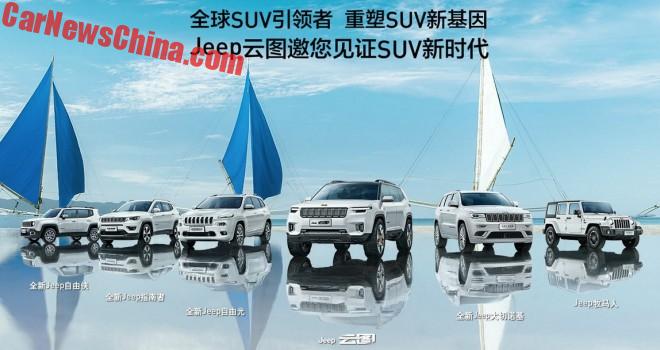 From Jeep’s website, the Yuntu proudly in the middle, looking much bigger than all the others. And what does that Wrangler look ancient compared to the rest of the lineup. 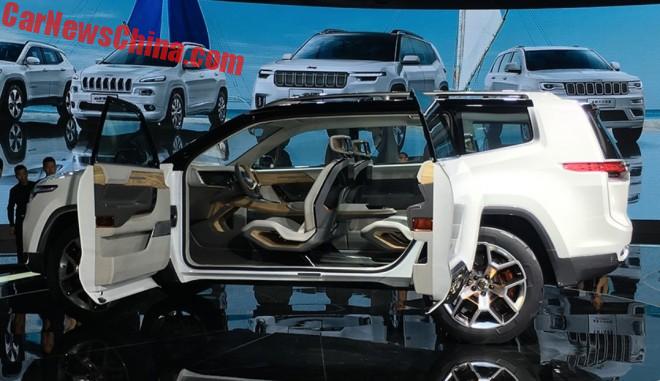 The concept has the usual suicide doors, revealing an interior with six seats in a 2/2/2 setup.

Every passenger has an entertainment system so there won’t be any need to talk to anybody else. That is the future. The production version will have seven seats, but will get a similar entertainment. 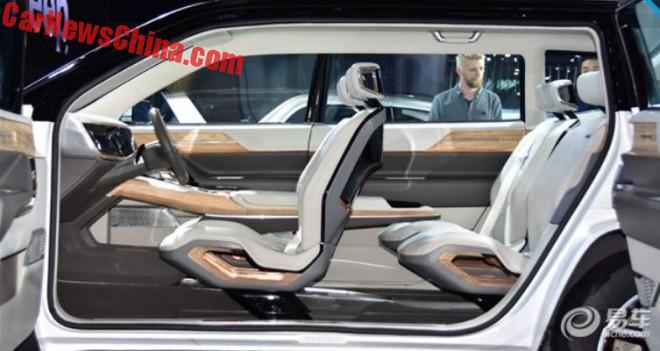 Seats appear to be floating over the flat floor. 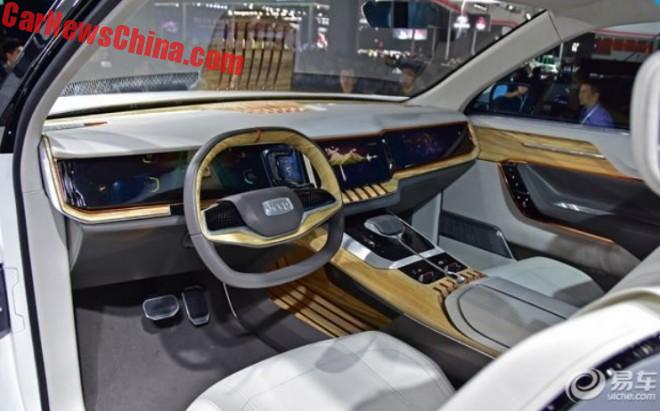 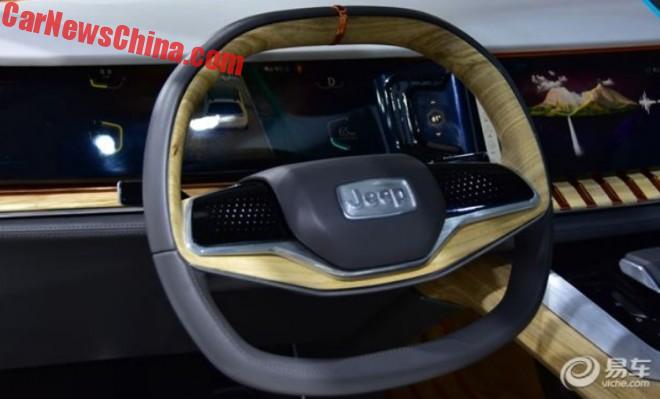 Wood in the wheel, and at least three different screen for the driver for maximal distraction. I bet it has a HUD as well. It is very fortunate most cars will be autonomous soon, otherwise accidents are going to happen. Sorry, I got a bit distracted there, blame those screens! 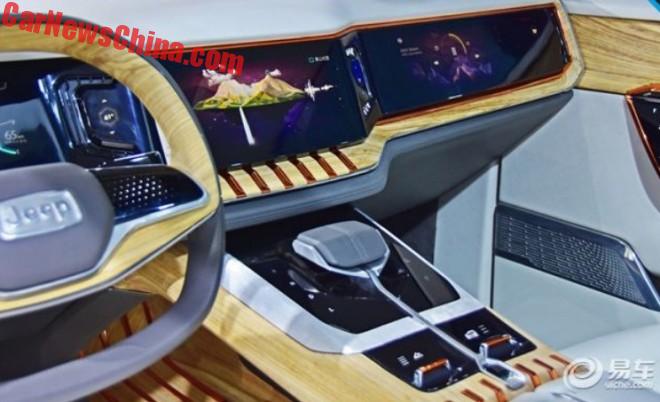 Back to the Yuntu. The infotainment systems are controlled by an ultra cool device that looks super retro, like a 1980’s IBM computer mouse. So hip. Speaker in door with a classy metal penal. 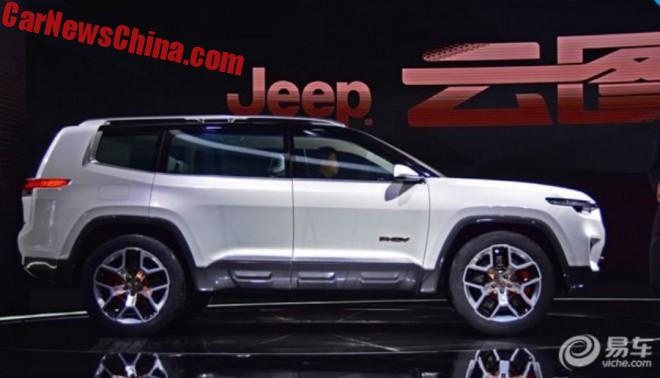 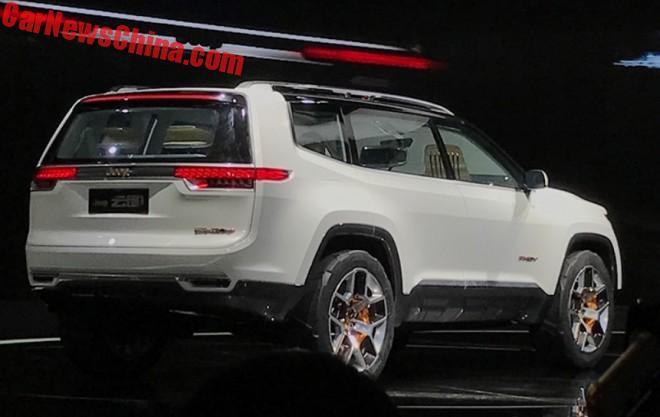 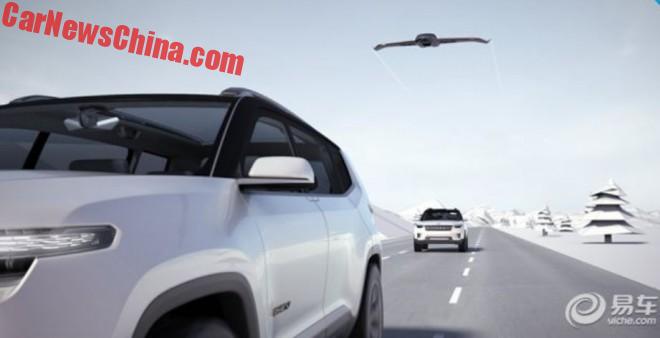 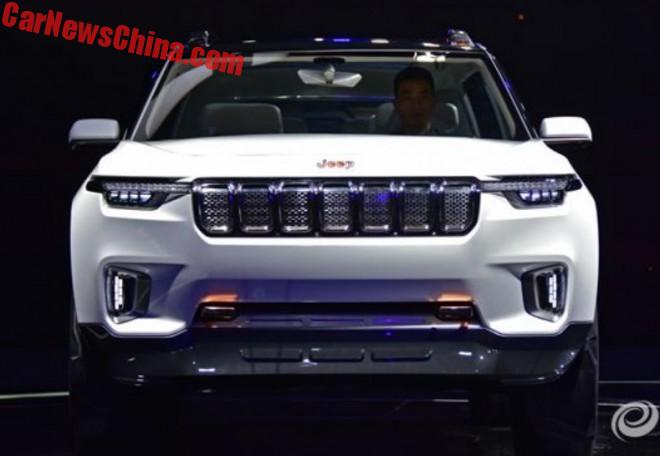 The grille is classic Jeep but it somehow looks different at the same time. It is small and modest, so different from the stuff Chinese automakers build on their new SUVs. 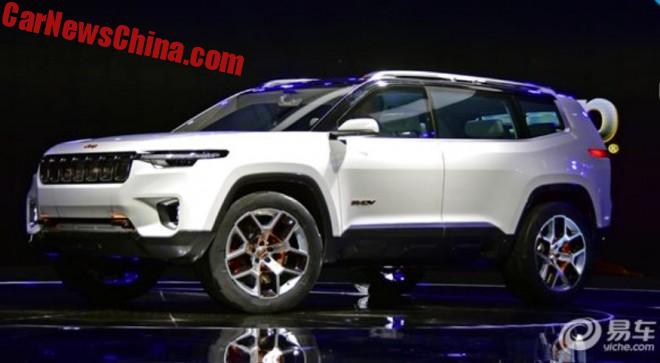 The new Jeep Yuntu concept car on the Shanghai Auto Show in China.