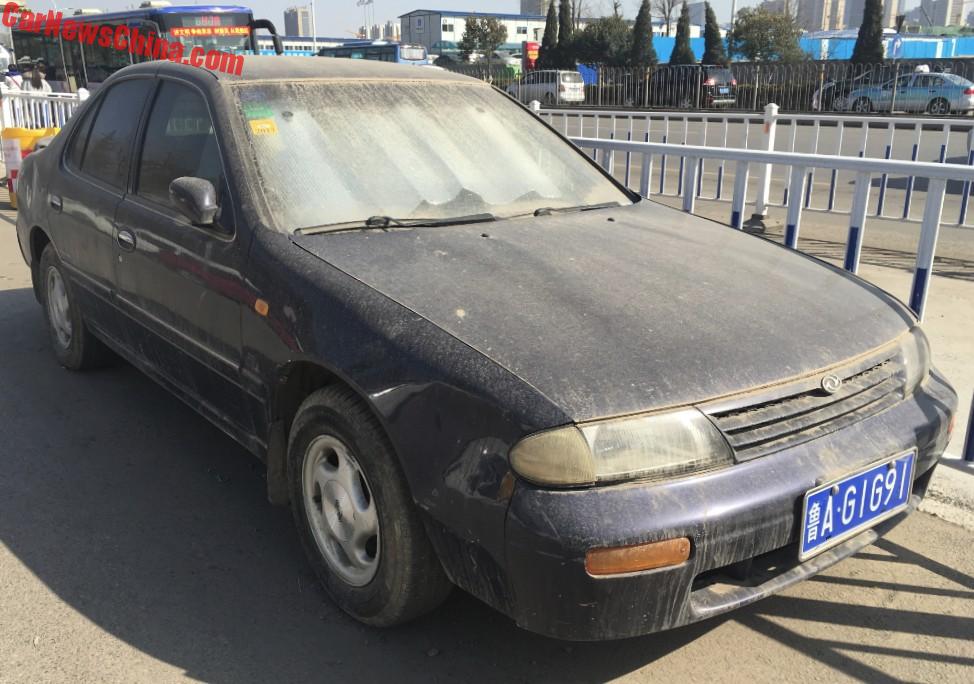 A dusty Nissan Fengshen Bluebird EQ7200 SSS, Spotted in China in the great city of Jinan in Shandong Province. The old ‘Bird was clearly neglected but it didn’t seem to be abandoned. It was just very dirty and it had some not-too serious damage on the front fender.

The EQ7200 was the first China-made Nissan Bluebird. It was manufactured by a joint venture between Taiwan’s Yulon Motor and China’s Dongfeng Motor. The SSS was the sport version.

The EQ7200 was based on the Nissan Bluebird U13, which was made in Japan from 1991 until 1997. The U13 was made under license from Nissan by Yulon Motor for the Taiwanese market, and it was that car that ended up in the joint venture.

Fengshen was the Chinese brand name and Aolus the English brand name, both meaning “god of wind”.

The new joint venture heralded the end of the Yulon-Dongfeng joint venture. The Fengshen name was used for a while on the early series of the EQ7200-II and then disappeared as well.

But nothing is gone forever in China. In 2010 Yulon and Dongfeng started a new joint venture making Luxgen branded cars for the Chinese market. And the Fengshen name now sires a series of Dongfeng cars, based on a mix of Nissan and PSA platforms. 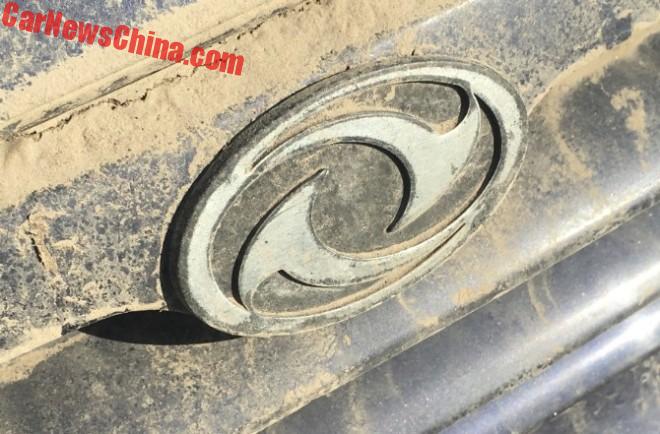 The Dongfeng badge on the grille. 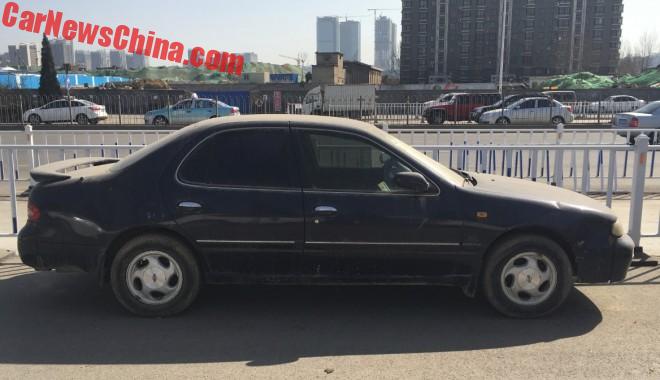 Happily, it did get a racy rear spoiler and sporty wheels with the Nissan logo in the middle. 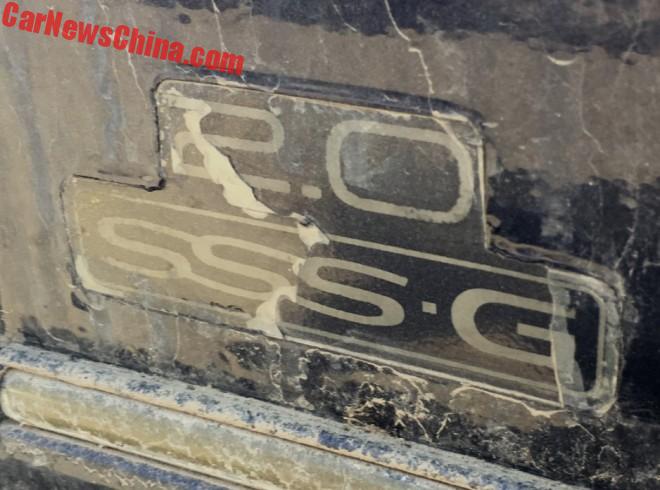 Very rare to see this sticker still on the car. The G appears to be a trim level, it was also used on the Japan-spec SSS. 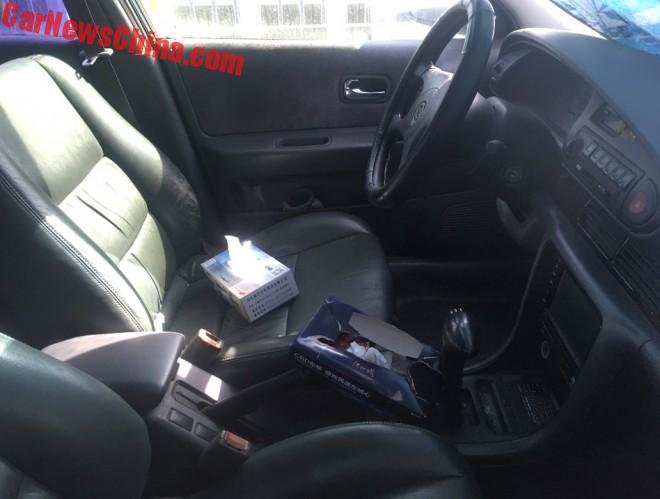 The interior was in a reasonable shape, leather a bit worn. An after-market screen has replaced the original control panel & radio in the center stack. Steering wheel is original. Four-speed automatic ‘box. 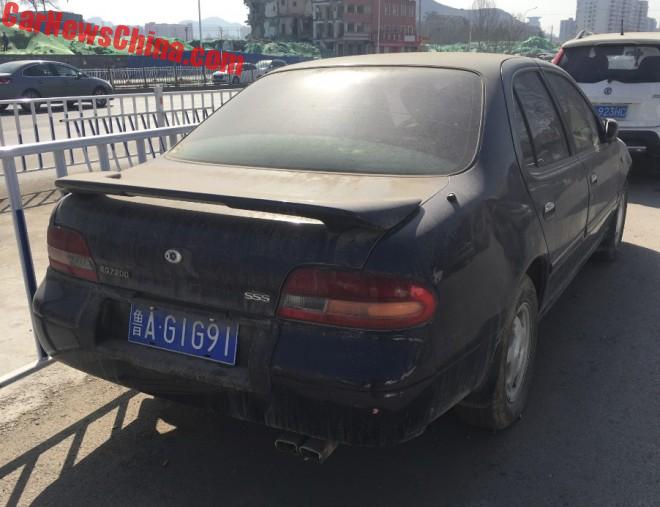 Spoiler was standard on the SSS. Pipe tips are original. 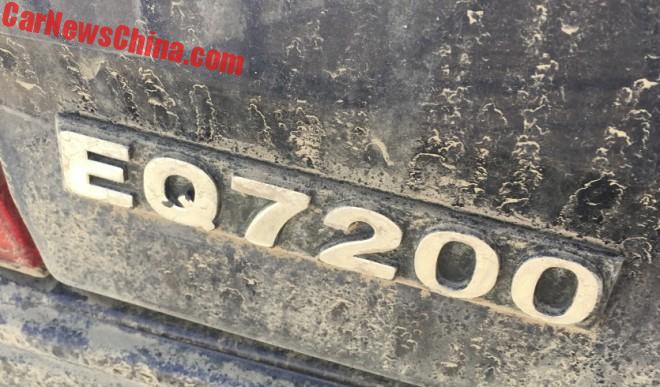 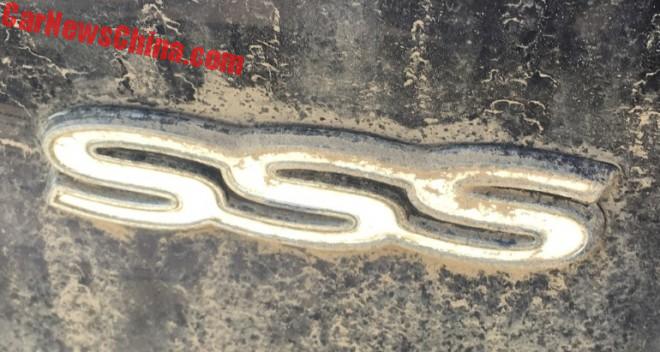 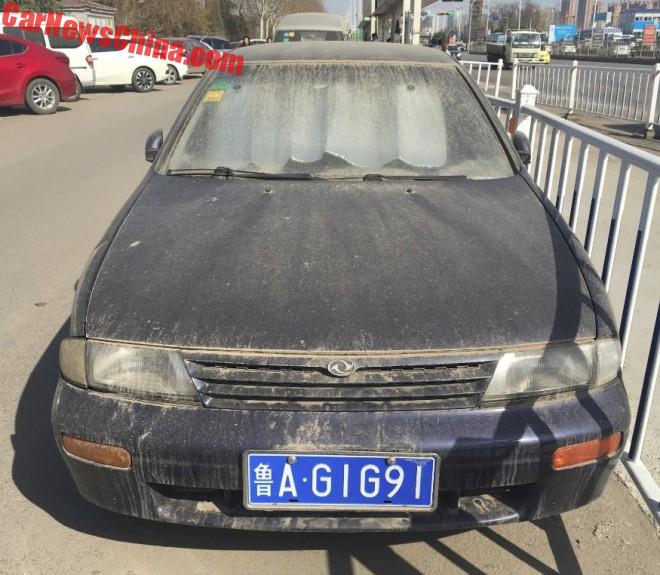 Sadly, these early Bluebirds are fast becoming very rare. Most are being scrapped or left to rot along the roadside. Let’s hope someone cleans up and takes good care of this fine black example in Jinan. May she ride a long time a coming!