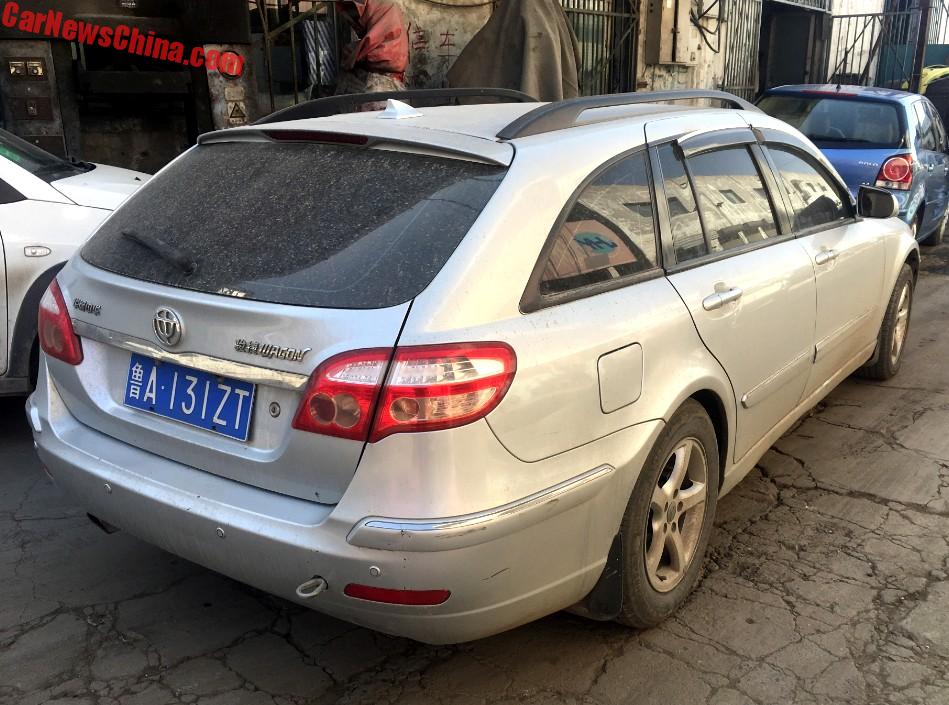 A sweet silver Brilliance Junjie Wagon, Spotted in China in the great city of Jinan in Shandong Province. The brilliant Brilliance was in pretty fine shape but in need of a good cleanup. It is totally original bar for the wind deflectors on the doors. 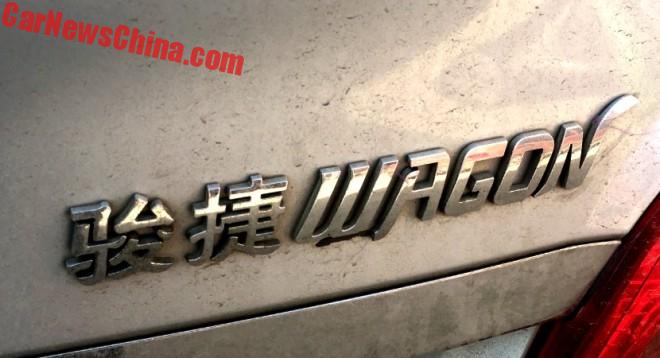 Nice font for the word wagon.

The Junjie Wagon, also known as the BS4 Wagon, was made from 2008 until 2011 with a facelift in 2010. This Jinan car is a pre-facelift example. It was based on the same platform as the Junjie/BS4 sedan. 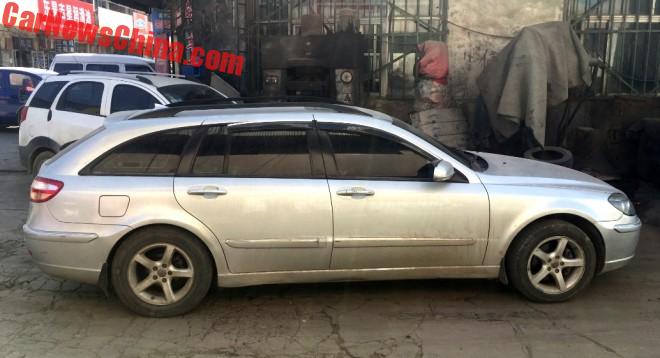 The Junjie Wagon is arguably the best looking Chinese wagon ever. It was designed by the Flemish designer Lowie Vermeersch for Pininfarina. Sadly and badly the market just wasn’t ready for a wagon and sales were slow. In 2011 Brilliance tried a crossy variant but that didn’t work either so production was discontinued in 2012. 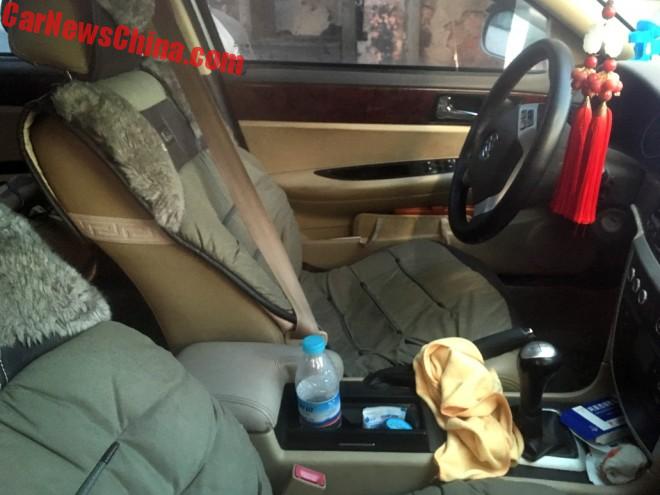 The interior with after-market seat covers, plastic wood panels in the doors, and a very large gear knob. The driver’s seat belt is inserted in the buckle so the driver won’t be distracted by annoying warning sounds. This is very common in China. They hate seat belts down here. More sophisticated drivers use a belt-less belt head. 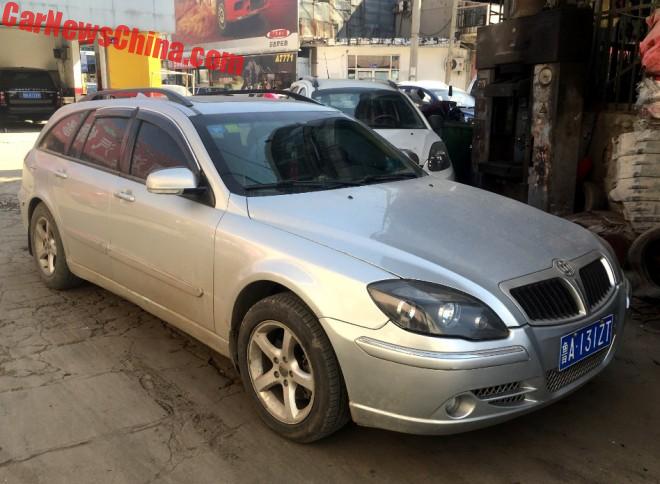 Because sales were slow and time passes bye the Wagon is fast becoming a very rare car. Let’s hope this great looking silver example has a long life and many miles a waiting.